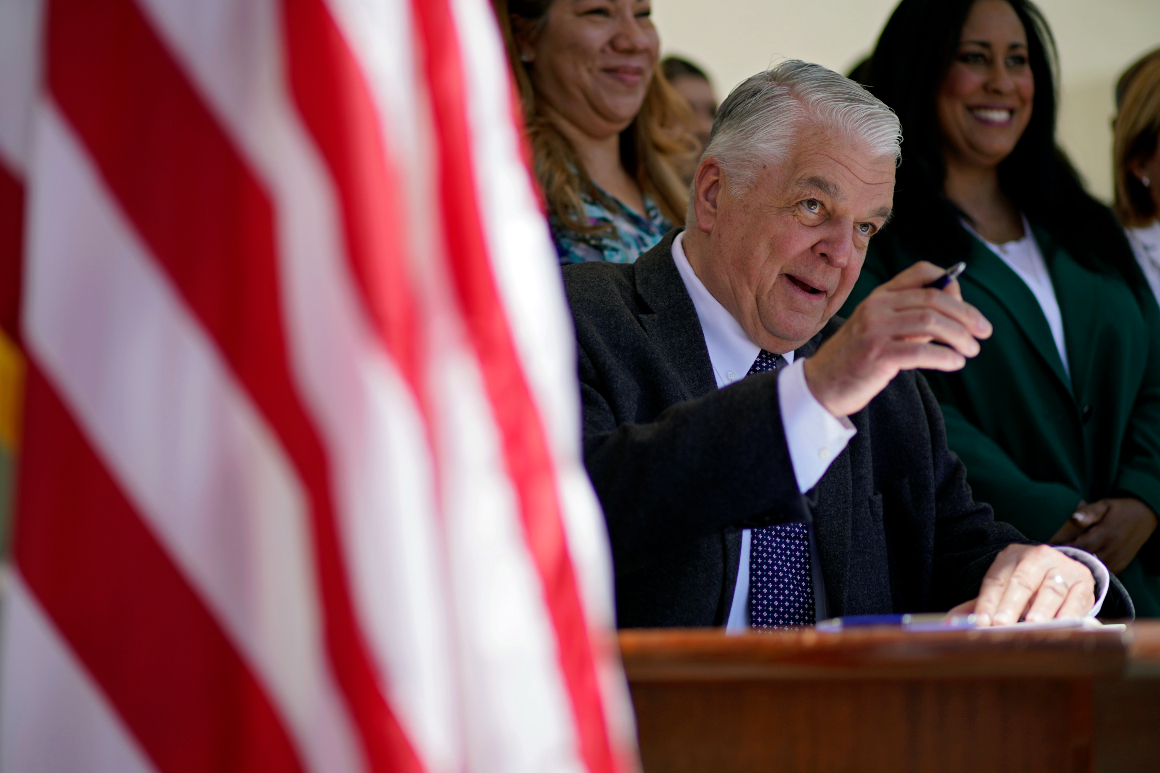 Iowa is on the verge of losing its first-in-the-nation status after botching its Democratic presidential caucuses last year.

But Nevada, which is bidding to supplant Iowa at the front of the 2024 primary calendar, could hardly be making a worse case for itself as a well-oiled alternative.

On Friday — as the state’s Democratic governor, Steve Sisolak, signed legislation aiming to move Nevada’s 2024 nominating contest in front of Iowa and New Hampshire — longstanding fissures within the state Democratic Party had just erupted. Democrats in Washoe County, the state’s second-most populous, pulled what amounted to a party coup, wresting control of the state’s midterm campaign operation away from the state party.

The chair of the Nevada Democratic Party, Judith Whitmer, blasted the move as an “insurgency within our own party.”

Watching the Nevada fireworks explode from halfway across the country, Iowa Democrats glimpsed a flicker of hope. As the national party considers the 2024 calendar, Iowa — in comparison to Nevada — might not look so bad anymore. And that might assist their efforts to save their cherished place in the early state pecking order.

“Putting on one of these is a mammoth undertaking,” said Dave Nagle, a former congressman and former Iowa state Democratic Party chair. “And you can’t have the organizers in open warfare with each other.”

He said, “That’s never happened in our state.”

Or as Scott Brennan, an Iowa DNC member and a former state party chair, put it, “Their internal issues certainly create challenges that make it hard to see them moving forward successfully.”

Nevada’s bid for an earlier nominating contest was never grounded in the cohesiveness of the state party. Rather, it was a response to widespread complaints within the Democratic Party about the lack of diversity in Iowa and New Hampshire, two heavily white states. The technological issues that marred the Iowa caucuses last year — so severe the Associated Press was never able to call a winner — only added to Democrats’ complaints about the state.

But Democrats in Nevada are making a run on Iowa in terms of dysfunction.

This week, leaders of the Democratic Party in Washoe County, which includes Reno, moved to undercut the state party ahead of the midterm elections, voting to run the state’s 2022 coordinated campaign out of the county instead. The extraordinary move — which included statements of support from Sisolak, Sen. Catherine Cortez Masto, Democratic state lawmakers, the Democratic Senatorial Campaign Committee and the Democratic Governors Association — came after a slate of Bernie Sanders allies endorsed by the local chapter of the Democratic Socialists of America won control of the state party, a blow to former Senate Majority Leader Harry Reid’s vaunted organizing machine in the swing state. 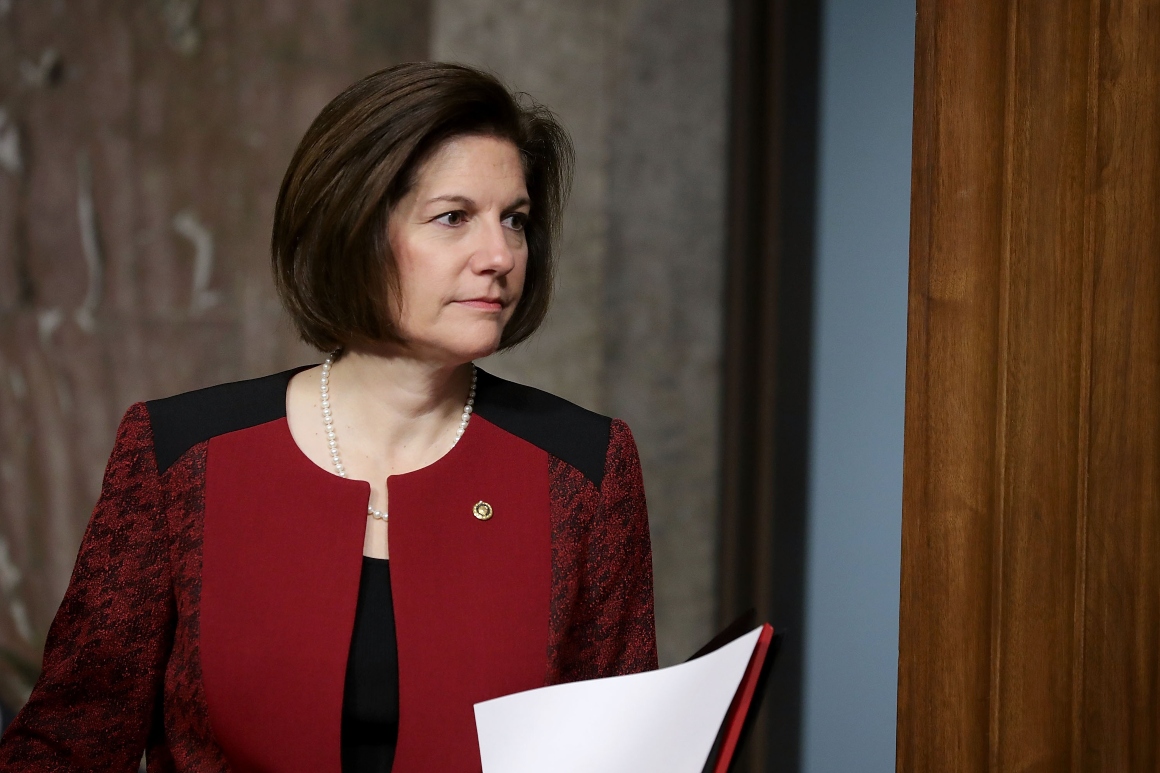 Even in the fractious world of state party politics, that’s an uncommon level of animosity to put on display — especially with Democratic National Committee members who will decide the nominating calendar as early as next year all watching.

And that’s just the Democrats.

Nevada Republicans may be in even worse shape, with state and local party officials in Las Vegas feuding over a faction of pro-Trump activists, including some with ties to the Proud Boys, trying to take over the local party in Las Vegas’ Clark County. And Republicans don’t even want to change the traditional nominating calendar at all.

Earlier this week, the state Republican Party chairs in all four early nominating states — Iowa, New Hampshire, Nevada and South Carolina — issued a statement calling for the existing calendar to be preserved.

“I think if Nevada can’t get its s–t together, that disqualifies them,” said Michael Ceraso, a Democratic strategist who organized fundraisers for Jaime Harrison, now the DNC chair, during his unsuccessful South Carolina Senate campaign last year. “If a state can’t work together, how are they going to operate a primary?”

At an event in Las Vegas on Friday, Sisolak signed legislation changing Nevada’s caucus system to a presidential primary and moving the contest to the first Tuesday in February, ahead of Iowa and New Hampshire. A cheer went up when Sisolak said Nevada was claiming “the first-in-the-nation presidential primary.”

Nevada — or some other state — may still unseat Iowa. The effort in Nevada has been championed by Reid, who remains influential in national party politics. Regardless of the contretemps within the state party, one prominent Democratic Party official said, “Harry Reid is still Harry Reid.”

Reid said Friday in an interview that infighting in the state party is “exaggerated,” and “the mere fact that somebody took over the state party, it happens all the time.”

“Nevada’s that kind of a state,” he said. “I’ve been to state party meetings where fist fights broke out, so we’re used to a little intrigue.” 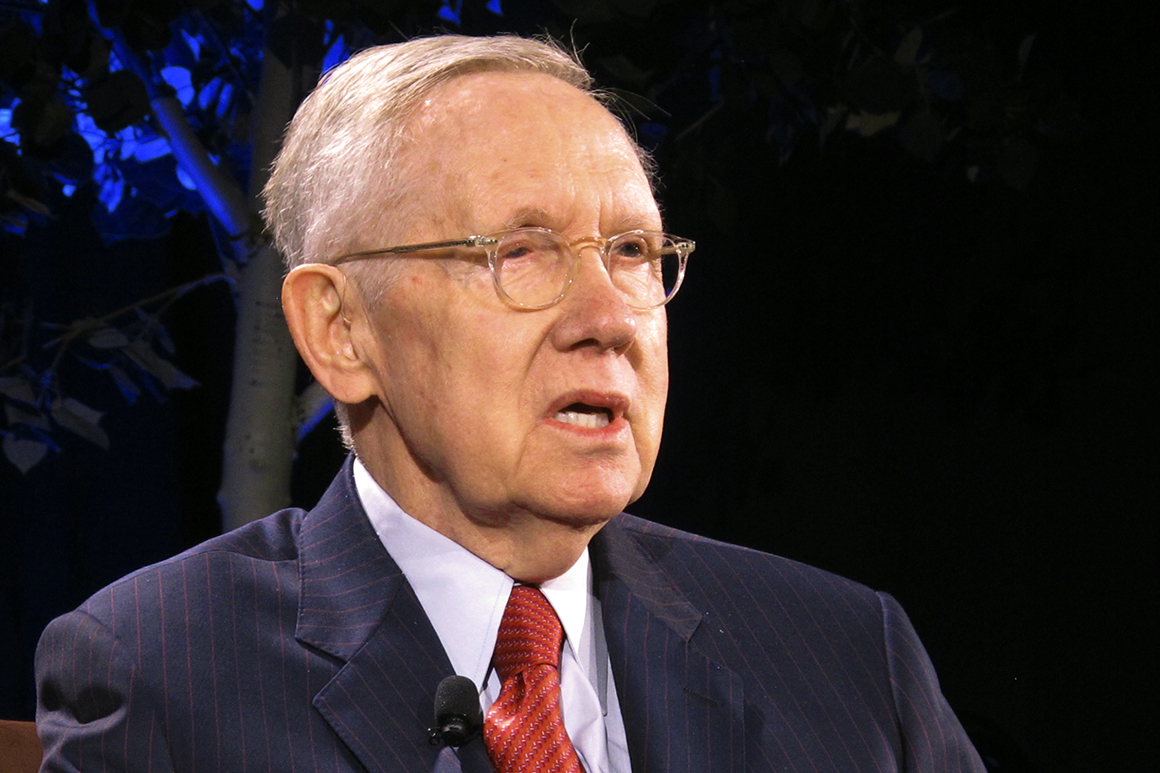 Reid said he doubted the DNC would penalize Nevada for any of its internal machinations as it considers the 2024 calendar. In addition, the state — not political parties — will run the primary, relying less on the organizational strength of any party apparatus. Molly Forgey, a former state party staffer who now serves as spokesperson for the coordinated campaign run through Washoe County, said “the reasons we’ve expressed why we deserve to be first still remain,” including the state’s diversity and geographic foothold in the West.

Even Ray Buckley, chair of the New Hampshire Democratic Party, said Friday that “whatever internally is happening in any state party, I don’t think has a significant influence” on how the calendar is set. He said he’s confident New Hampshire will “retain our historic spot.”

His confidence is based on years of successfully defending the state’s privileged position. New Hampshire and Iowa have long fought off efforts by other states to leapfrog them. New Hampshire’s secretary of state, Bill Gardner, has said he will follow a state law that requires New Hampshire to hold its primary at least seven days before any “similar election” in another state. And Nagle said that, if necessary, Iowa will hold its caucuses ahead of the 2024 election “in July of 2023 if we have to.”

For Iowans hoping to stave off another challenge to their first-in-the-nation status, the meltdown in Nevada is not a panacea. But even if it raises just a small level of doubt about Nevada in national Democrats’ minds, it could prove helpful to Iowa’s cause.

Asked if the infighting might affect Nevada’s bid to move forward in the process, Jeff Link, an Iowa-based Democratic consultant, said, “Sure. Everything must align to make a big change.”