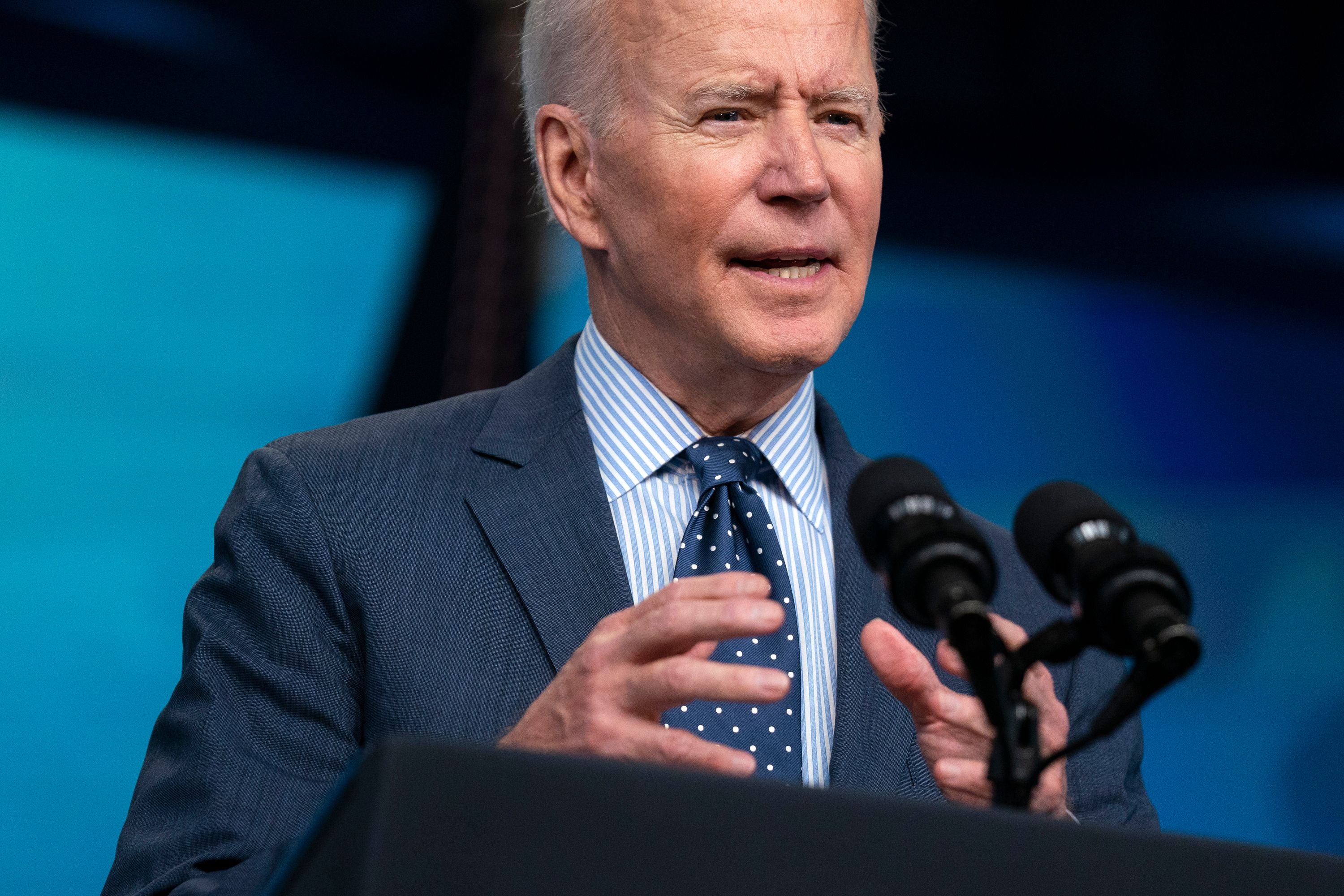 “Today is a good day for Denmark and for transatlantic cooperation,” exulted Danish Foreign Minister Jeppe Kofod at a news conference in Copenhagen with U.S. Secretary of State Tony Blinken, “because today, America is back.”

Biden will no doubt seize these opportunities to once again tell European allies that America is back. He will intone the sacred words of transatlantic solidarity and repeatedly reaffirm America’s eternal commitment to the Atlantic Alliance. Gone are the days when the U.S. president would declare that the European Union was “worse than China” or threaten to withdraw U.S. protection if European governments didn’t “pay up.” As Kofod’s manifest joy implies, the relief in European capitals is profound.

But back in the long, hushed hallways of Washington policymaking, a different picture of the administration’s attitude toward Europe is emerging. There, China is the clear, even obsessive focus of Biden’s foreign policy. It is, in the new administration’s view, the global and ideological challenge of the next generation, the clear successor to the Cold War and the War on Terror as the organizing principle of American foreign policy. Meeting that generational challenge requires subordinating every other foreign policy issue to a global conflict with a peer competitor. White House meetings with titles like “China and Latin America,” “China and 5G,” and “China and Climate” follow that script.

Allies, Biden officials often say and even seem to believe, are America’s key advantage in the struggle against China. European allies are an important part of this nascent anti-Chinese alliance network, but, unlike during the Cold War, Europe is no longer the central front. It can play at best a supporting role in America’s struggle against Chinese authoritarianism.

Beyond all of the summitry and diplomatic attention, the Biden administration’s early actions show that it doesn’t believe Europe will ever be vital to this new geopolitical struggle. A president known as a longtime transatlantic champion has de-prioritized European policy. Given the administration’s many foreign policy problems, this sidelining is understandable. But it misses a long-term opportunity to encourage the growth of a more effective, more geopolitical European partner that could work with the United States to manage the rise of China.

That Europe is not a priority for Biden is already reflected in his administration’s staffing and policy choices. Biden created powerful new “coordinator” positions on the National Security Council staff for the Indo-Pacific and for the Middle East and staffed them with experienced officials, Kurt Campbell and Brett McGurk respectively, known for their capacity to drive the bureaucracy. But the administration created no similar position for Europe.

This reflects the fact that the Middle East is more troublesome than Europe, while America’s Asian partners — Japan, South Korea, Australia and India — matter more for the central struggle with China than faraway Europeans. It is telling that the Japanese Prime Minister and South Korean President were the first and so far only foreign leaders to visit Biden’s Covid-restricted White House.

The Biden administration hasn’t yet gotten around to lifting the Trump-era tariffs on European steel and aluminum that were imposed for supposed national security reasons (talks on the issue finally began in mid-May). It kept the Covid-inspired travel ban on the EU in place, reversing the Trump administration’s late-term decision in January to end it. And it essentially hung the Europeans out to dry when it suddenly reversed policy on whether Covid-19 vaccines should have intellectual property protection. On that issue, it seems the administration decided to make Europeans look like the bad guys so the United States could compete with China on vaccine diplomacy.

More broadly, the Biden team has established a pattern of working with Europe in which, beneath the surface politeness, they pay fairly little attention to European concerns. On key matters that concern Europeans such as the vaccine IP decision and the decision to withdraw NATO forces from Afghanistan (the majority of which are European), U.S. consultations with European allies took place immediately before the decision was announced. This is a big improvement over the Trump years, when Europeans often found out about important U.S. decisions via tweet or from the press. But it still falls short of genuine partnership. European officials have privately complained about this pattern, sometimes vociferously. Yet even as European officials were objecting to the Afghanistan decision process, they voted unanimously to support the plan at NATO.

This pattern verifies a common feeling in U.S. government circles that Europeans will almost inevitably complain about a lack of input into U.S. decision-making processes but never do anything about it. Lack of genuine consultation does not reduce European support and extensive consultation does not increase it. Why bother engaging in time-consuming compromises when the end result will be roughly the same?

The administration’s prioritization of China extends even to the one European policy issue that has taken up time in the early Biden administration, the Nord Stream 2 gas pipeline being built from Russia to Germany. Germany supports the project, while many of America’s Central and Eastern European allies — and some strong voices in the U.S. Congress — oppose it on the grounds that it will increase Russian leverage in Europe. In a nod to the German government, Biden has reportedly decided not to sanction the German company building the pipeline.

In explaining the decision, White House Press Secretary Jen Psaki noted the importance of maintaining good ties with Germany, adding, “we make a range of decisions through a range of global factors.” The global factor in question was almost certainly China—Germany is China’s largest customer and largest supplier in Europe and the most important European ally for managing China’s rise. The administration has overall taken a hard-line position on Russia and sanctioned the Russian companies involved in Nord Stream 2. But its careful calibration shows that it prioritizes maintaining a common front on China with Germany over preserving solidarity with Central and Eastern European allies on Russia.

Biden’s reasons for de-prioritizing the European allies extend beyond geography. There is considerable skepticism in Washington that a divided, self-interested Europe will ever manage much support for U.S. efforts against China. After decades of waiting for a more effective and geopolitically minded Europe to emerge, after the endless, frustrating efforts to get Europeans to spend even 2 percent of GDP on defense, and after watching yet another display during the pandemic of Europe’s chronic inability to get its act together, U.S. officials have largely concluded that Europe will never even be able to take care of itself, much less contribute to security in other regions. Many in Europe seem to agree.

As a result, Europe has mostly become a place to give speeches and conduct diplomacy in scenic locations. American officials will continue to show up and to intone the ritual incantations of transatlantic solidarity. They will continue to push Europeans to spend more on defense and support U.S. efforts to “manage China’s rise.”

But U.S. policymakers no longer believe in Europe’s capacity to contribute much beyond maintaining transatlantic economic ties (which remain quite important). Europeans’ aversion to defense spending means they will not be important geopolitical actors in East Asia; their addiction to the Chinese market means they will never be full-throated supporters of America’s campaign of geo-economic pressure on China; and, as Brexit recently demonstrated so vividly, their chronic internal divisions mean they would never be effective at those efforts even if they wanted to be. Yet Europe’s democratic values and long alliance with America also mean that China will never be able to turn Europeans against the United States. Europe, in short, is not the solution to America’s all-consuming China policy obsession, but it is not the problem, either.

It is hard to blame a busy new administration for assigning a low priority to Europe. Over the longer term, however, the United States and Europe are both missing an important opportunity to form a genuine partnership that would enhance both of their abilities to deal with issues like China, Russia and even climate change.

The essential problem is neither American arrogance nor European fecklessness. Rather, it is the toxic interaction between the two. Over 70 years, the United States and its allies in Europe have formed a deeply patterned cycle of co-dependency, in which American frustration with European inaction has encouraged U.S. administrations to treat European allies like teenagers who cannot be trusted to take care of themselves. As so often happens with teenagers, this paternalism has only encouraged further European irresponsibility, verifying the original American impulse. Together, the two sides have formed a tacit U.S.-European conspiracy to make Europe a geopolitical backwater.

It is a huge loss for both sides. Americans will want deep and genuine European support in what will surely be a long struggle to manage China’s rise. Europeans say — and on some level, probably mean — that they want to be geopolitical players in the world and share responsibility for shaping the new international system that is emerging. Together, the United States, the EU and the United Kingdom could achieve those goals, but on the evidence none of them is willing to break the cycle of co-dependency. But at least we can be confident that the press conferences at the summits will go well.