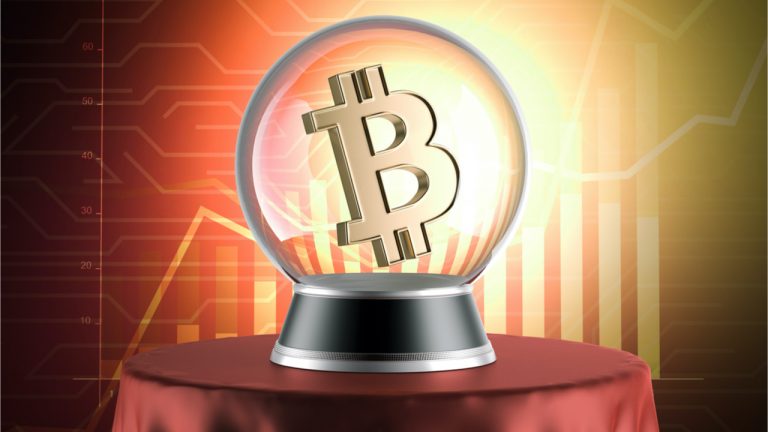 The former CEO of Gyft and the cofounder of the project Civic, Vinny Lingham has been called an ‘oracle’ at times for correctly predicting the future price of bitcoin. On various occasions all the way back to 2016, Lingham has made correct bitcoin price calls over the years. Even though bitcoin’s price has been lower in recent weeks after shedding over 40% in the last three months, Lingham has an optimistic outlook if “$30k continues to hold.”

Vinny Lingham is talking about bitcoin (BTC) price predictions again and when he does a number of people listen. Lingham has been giving price forecasts for years now, and people have referred to him as the “oracle” for guessing correctly a lot more than most people.

The cofounder of the project Civic’s bitcoin predictions are not always optimistic and his calls are usually more conservative than people with outlandish forecasts. Still, Lingham, like many others, thinks there’s a possibility that BTC could reach six digits in value in 2021.

A number of people responded to Lingham’s tweet and one individual wrote: “The legend has been spoken. Last time he [predicted] BTC, ETH, [and] FIL and in the end [they pumped] hard. Big respect.” Another Twitter account dubbed “Ronpaul2012” also replied to Lingham and predicted: “$169,420 by Christmas.”

Four days ago, Lingham also sent out a bullish tweet and reminded his 184,000 Twitter followers about a tweet he wrote on May 23. At that time in May, Lingham said: “2021 is looking a lot like 2013…” His bullish tweet on June 22, retweeted his May statement and he remarked:

You heard it here first. Expect a big rally later this year…

In response to the “big rally” statement one person called the commentary bold. “Pretty bold man. I like it. It hasn’t felt this bad/bearish for a long time,” the individual said to Lingham. “I think mid to low $20K’s looks like a great opportunity…if we get it.”

The Civic cofounder also discussed El Salvador earlier this month, when president Nayib Bukele and Salvadoran congress made BTC legal tender in the country. While sharing an exploding head emoji, Lingham wrote that the implications are mind-blowing.

“Bitcoin has just gone from being non-state sanctioned money to state-sanctioned money,” Lingham tweeted. “I’m really not sure if this is good or bad yet. #popcorntime,” he added.

What do you think about Vinny Lingham’s recent tweets about bitcoin hitting $100K and the expectation of a big rally later this year? Let us know what you think about this subject in the comments section below.