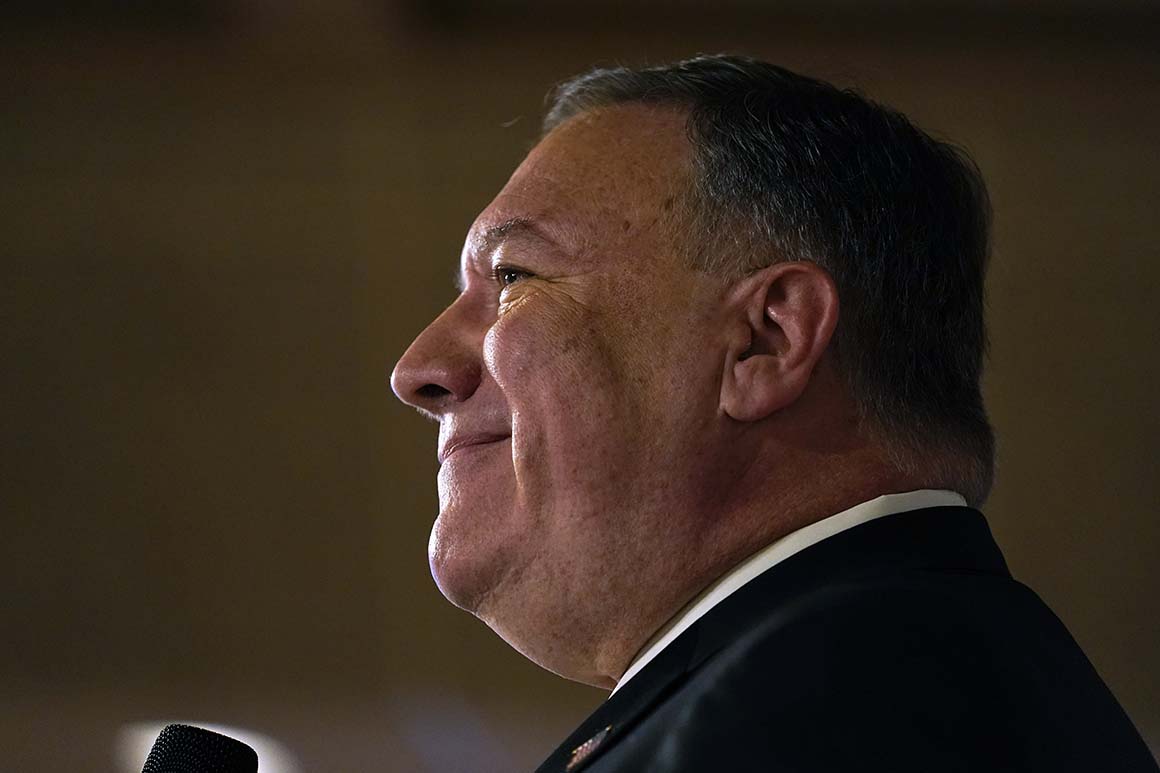 Former Secretary of State Mike Pompeo is launching an organization to support Republican candidates in the 2022 midterm elections and build his national political profile, as the GOP ponders its future after the Trump administration.

Pompeo told POLITICO in a telephone interview that he was starting a political action committee that will allow him to travel the country and campaign, fundraise and donate to GOP office-seekers. The vehicle, dubbed the Champion American Values PAC or CAVPAC, will be able to raise unlimited amounts of money and help candidates running for federal, state and local offices.

The move comes as Pompeo prepares an aggressive summertime campaign schedule that will take him from Miami later this week to Southern California late next month. Pompeo is also planning a July visit to the Family Leadership Summit in Iowa, an appearance in an early voting state that is bound to heighten speculation that Pompeo is considering a 2024 presidential bid.

Pompeo, who spent three terms in the House before joining the Trump administration, deflected questions about his interest in a White House run, saying that his focus was on bolstering Republican candidates up and down the ballot in 2022. While Pompeo has made trips to Iowa and New Hampshire, he said he also planned to be active in other states without the same central role in presidential nominating contests.

“It is unambiguously clear to me that if we don’t get it right in the next 16 or 17 months, what will happen over these next four years will make it incredibly difficult for whoever is elected president in 2024. So that is my singular focus,” said Pompeo, who noted that he had told party leaders in both congressional chambers that he would help ahead of the midterms.

The 57-year-old, Harvard Law School-educated Pompeo has embraced the role of campaign surrogate since leaving the State Department earlier this year. Since the end of February, he has appeared at more than 25 events, including more than a half-dozen for House Republicans and several for the party’s House and Senate campaign organizations.

Before the end of June, he is to make an appearance at the Republican National Committee’s summer donor retreat in Dana Point, Calif. and will hold a fundraiser for California Rep. Mike Garcia, who narrowly won reelection last November. In July, he is to speak at the Ronald Reagan Library in Simi Valley, Calif. as part of a series on the future of the Republican Party. He is also expected to host an upcoming event for Florida Sen. Marco Rubio, who is up for reelection next year.

Pompeo said he was willing to intervene in contested Republican primaries, indicating that he would be looking to back candidates who presented the party with the best chance of winning the general election against a Democrat. He has already thrown his support to several candidates facing nomination fights, including Trump White House press secretary and Arkansas gubernatorial hopeful Sarah Huckabee Sanders, and New York Rep. Lee Zeldin, a gubernatorial contender who is running against Andrew Giuliani, the son of former New York City mayor and Trump personal attorney Rudy Giuliani.

“You can absolutely imagine me getting involved in races where there are multiple Republican candidates,” Pompeo said. “My goal is pretty clear: I want to elect the most conservative electable candidate we can find in each of these races, whether its school board, city council, or a United States Senate seat.”

Pompeo follows two other high-profile Trump administration figures, former Vice President Mike Pence and ex-U.N. ambassador Nikki Haley, who have also recently set up committees that will allow them to support candidates. They provide a political foundation for the trio, who unlike many of the other potential 2024 contenders do not have the ready-made platform that comes with currently holding public office.

Like Pompeo, Pence and Haley are also expected to keep packed political calendars this summer. And with the House up for grabs next year, all three are engaging heavily in congressional contests.

It’s a well-worn strategy among future presidential hopefuls, who have used it to earn chits from lawmakers, cultivate donors and introduce themselves to activists across the country. Two years before his 1968 election as president, Richard Nixon campaigned heavily for Republican candidates in a midterm election that saw sweeping gains for the party. Two years prior to becoming the GOP nominee, now-Sen. Mitt Romney crisscrossed the country for Republicans during a 2010 midterm election where the party took control of the House.

The former secretary of state’s travel schedule shows how he has begun to court social conservatives, who traditionally play a key role in GOP nominating contests. Pompeo, an evangelical, has made a handful of appearances this year before Christian-oriented organizations, including a pair at Kansans for Life and one at Liberty University in Lynchburg, Va. The Family Leadership Summit, where Pompeo will appear later this summer, is overseen by Bob Vander Plaats, an influential Iowa-based social conservative.

CAVPAC, named after the U.S. Army Cavalry, in which Pompeo served, originally filed papers with the Federal Election Commission in February. But the committee’s public launch will provide it with more visibility, which is needed to help it raise funds. The year-and-a-half endeavor, Pompeo said, would require “a fair amount of money.”

Pompeo, who was Trump’s first CIA director before becoming secretary of state, was one of the few senior administration officials who maintained a consistently stable relationship with the former president over his four years in office. Pompeo, who as secretary of state succeeded Rex Tillerson, a frequent target of Trump’s ire, said he still spoke with Trump “from time to time” but declined to disclose what they discussed.

Pompeo dodged a question about whether he would run for president if Trump mounted a 2024 comeback bid, saying he hadn’t “given it enough thought” because he was focused on the 2022 elections, not the next race for the White House.

But he added that he was intent on “deliver[ing] good outcomes for the American people” and said that “wherever I can be the most effective in delivering those outcomes, whether it’s as a candidate, or in this case supporting candidates, that’s what my wife and I aim to do.”