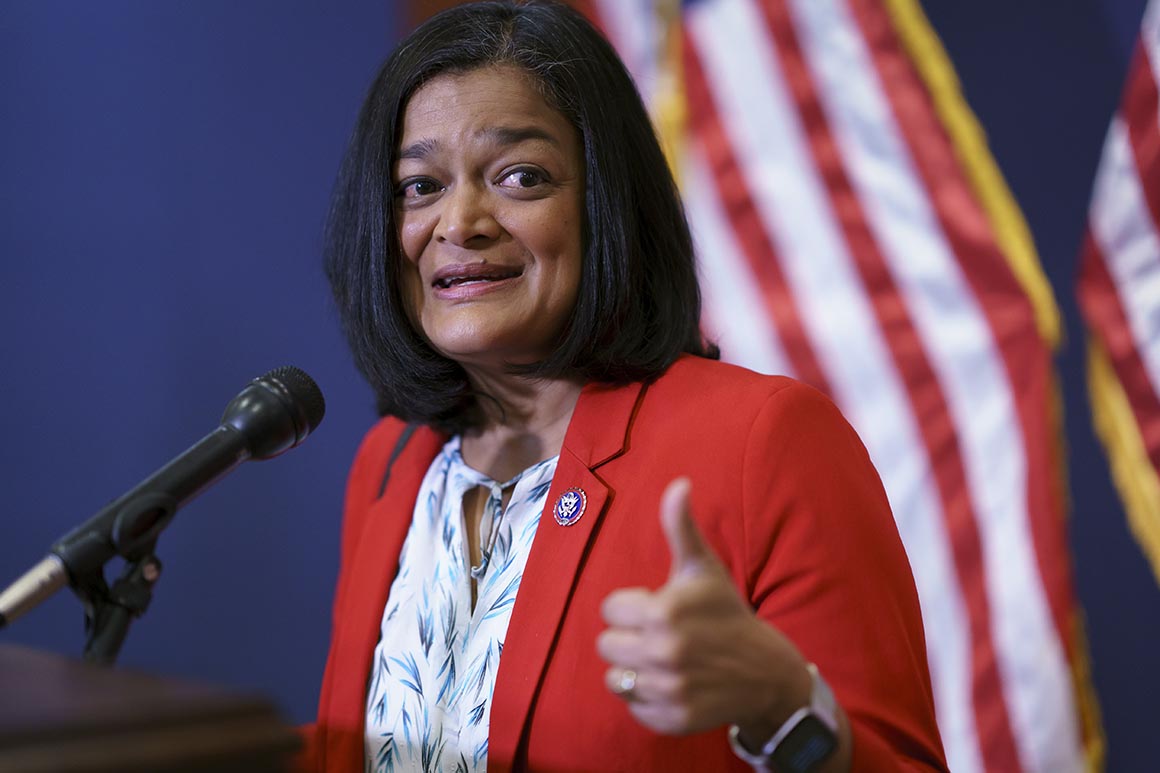 President Joe Biden’s honeymoon with progressives is over.

During the first six months of his presidency, party activists mostly heaped praise on Biden’s tactics and agenda as Democrats moved to capitalize on what they feared would be a very short time with total control of Congress and the White House. When they did express concern, they rarely mentioned the president by name.

But things have changed.

In recent days, liberal lawmakers and grassroots progressive groups have shifted their anxiety and ire toward Biden, as voting legislation, police reform and other major priorities have run into a Republican blockade in the Senate. Progressives are increasingly urging Biden to use the kind of aggressive arm twisting immortalized by former Democratic President Lyndon Johnson to change the minds of conservative Democrats like Sen. Joe Manchin (D-W.Va.) on the filibuster or on the need to pass a Democratic-only infrastructure bill.

“As the most powerful person in the world [Biden] has all of the resources available to him to make a deal with a member of his own party, as it concerns the foundational task of saving our democracy,” said freshman Rep. Mondaire Jones (D-N.Y.).

Some Democrats have dismissed these calls as a form of “Green Lanternism,” which holds that a president can achieve policy objectives simply through a combination of political tactics and unbending commitment. But Jones sees more logical benefits to a more aggressive approach.

The lawmaker asserts that had Biden been as engaged on voting rights as on bipartisan infrastructure negotiations, he could have “preempted” recent op-eds from both Manchin and Sen. Kyrsten Sinema (D-Ariz.) — the former in opposition to Democrats’ elections bill, the latter in favor of preserving the filibuster.

“It’s about him using his personal relationships with key Democrats who are not quite there yet and explaining why this is actually not a bipartisan thing that’s happening across the country,” said Jayapal.

Biden, she added, can help Democrats who aren’t yet convinced that “this is not the time of bipartisanship that maybe even the president served in. This is a different time, and we are really at the verge of toppling our democracy if we don’t pass these bills.”

The public criticisms mark a change from earlier in the administration, when many progressives blew off steam by venting about moderate Senate Democrats and their resistance to the party’s signature priorities. But the early sentiment that Biden was eager to move fast and unapologetically use the powers of the presidency has increasingly been replaced by fear and impatience that he is doing neither.

“You see Donald Trump and BIll O’Reilly just announced a set of tours, what do you think they’re going to be doing there?” said Rahna Epting, executive director of MoveOn. “They’re going to be spewing lies and spewing this false narrative about the Democrats rigging everything. And we need Biden to not just go toe-to-toe. We need him to go on offense here, and we need him to be the champion that people voted for on this issue. And we just have not seen that level of prioritization.”

“We have not seen him fully use the full power of his office, specifically the power of narrative,” she added.

The White House has taken notice of the mounting, more direct frustrations on the left. Officials reached out to civil rights and progressive organizations to join Vice President Kamala Harris for a call on Thursday to discuss threats to democracy. In the past week, the White House has also been in close touch with national civil rights and social justice groups from the NAACP to the Native American Rights Fund about voting rights.

A White House official described the president as being “revolted” by the GOP attempts to pass voter restrictions in statehouses across the country. The official stressed that Biden is constantly using the bully pulpit to communicate the seriousness of the situations, from his remarks commemorating the 100th anniversary of the Tulsa massacre to those he offered on Juneteenth, the date marking the end of slavery in the country, a now a federally-recognized holiday.

But progressives want more. Indivisible, a progressive group which mobilizes Democratic voters, chastised the president in a tweet for having “no public events scheduled to talk about the urgent deadline for democracy” on the day that the Senate prepared a vote on Democrats’ sweeping elections bill.

“[Biden] says that democracy is in crisis, right now he is phoning it in,” Ezra Levin, co-founder of the group, said in an interview.

White House press secretary Jen Psaki on Wednesday said that progressive critics, in accusing Biden of not doing enough, were picking a “fight against the wrong opponent.”

And not all Democrats, or even all progressives, expect or want Biden to be more vocal, calculating that the party’s slim control of the House and Senate and the still-intact legislative filibuster requires compromises that might not always benefit from greater White House engagement.

Rep. Karen Bass (D-Calif.), a progressive who is also House Democrats’ lead negotiator on police reform, said she did not believe the Biden administration should be more active in their negotiations “at all.” The White House has been “extremely helpful,” she said. But acknowledging the reality of the 50-50 Senate, she said, “I think it’s important to let the Senate work its will.”

“Let’s face it, the problem is going to be like Joe Manchin and Kyrsten Sinema and a couple other folks,” Pocan said. “I am sure he’s having all sorts of conversations, and I have found so far that I don’t have to second guess what Joe Biden’s doing behind the scenes because he’s doing the right thing.”