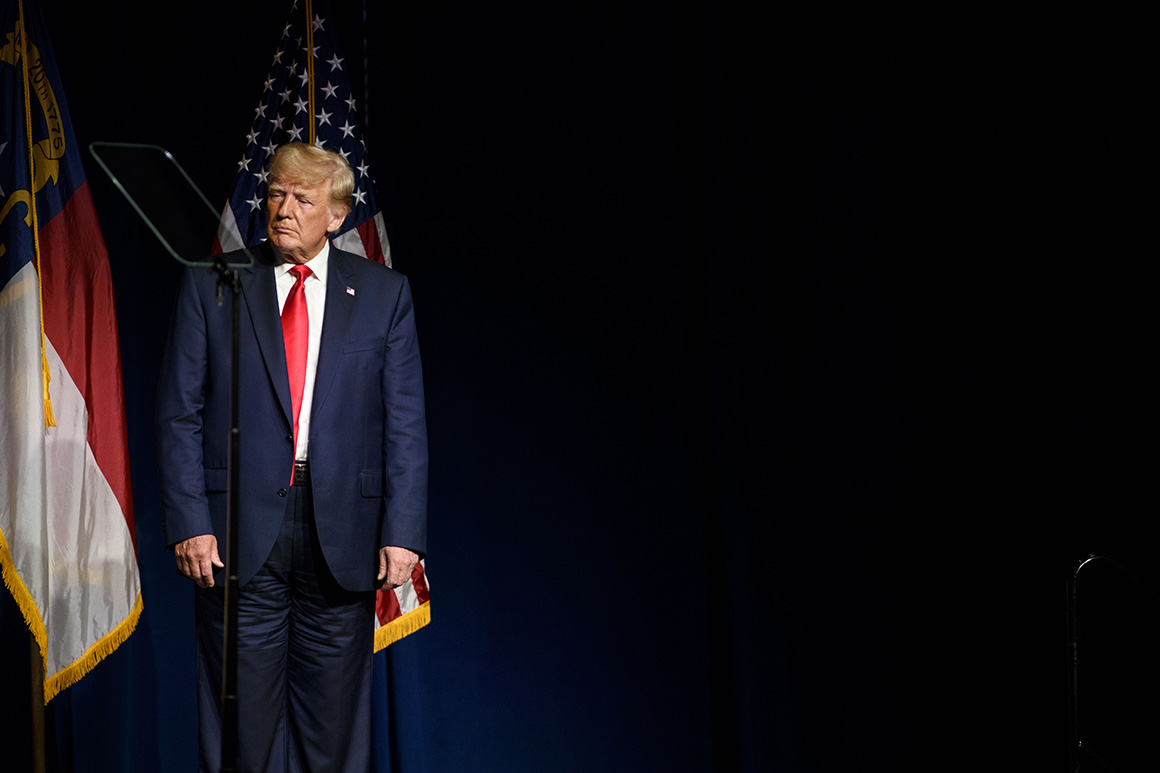 The emails — made public by the House Oversight and Government Reform Committee — detail the Justice Department’s response to attempts by Trump’s chief of staff Mark Meadows to get investigators to look at bizarre allegations in a YouTube video where a former intelligence officer named Brad Johnson asserted that individuals in Italy were manipulating votes in the U.S. through satellites.

That exchange appeared to put then-acting Attorney General Jeffrey Rosen into a defensive mode, recording events in writing for posterity and the very kinds of investigations congressional committees are now pursuing.

“Yes,” Rosen replied. “After this message, I was asked to have FBI meet with Brad Johnson, and I responded that Brad Johnson could call or walk into FBI’s Washington Field Office with any evidence he purports to have.”

Rosen goes on to relate that Johnson was collaborating with Trump lawyer Rudy Giuliani. The acting attorney general seems to revel in his refusal to engage with Giuliani.

“On a follow up call, I learned that Johnson is working with Rudy Giuliani, who regarded my comments as ‘an insult.’ Asked if I would reconsider, I flatly refused, said I would not be giving any special treatment to Giuliani or any of his ‘witnesses’, and re-affirmed yet again that I will not talk to Giuliani about any of this,” Rosen wrote.

“Can you believe this? I am not going to respond to message below,” Rosen wrote to Donoghue.

Donoghue replied: “At least it’s better than the last one, but that doesn’t say much.”

The newly-released emails also disclose that a lawyer urging the Justice Department to file a case at the Supreme Court to overturn the election results, Kurt Olsen, drove from Maryland to Washington, D.C., in an effort to meet with Rosen over the issue but was apparently rebuffed.

“The President of the United States has seen this complaint, and he directed me last night to brief AG Rosen in person today to discuss bringing this action,” Olsen wrote to John Moran, chief of staff to Donoghue, on Dec. 29.

Moran said he told Olsen that Rosen was tied up in meetings at the White House, but Olsen later said he was on his way to Washington to see Rosen without any scheduled appointment.

“Mr. Olsen just called to tell me (a) that he just tried to call you again and (b) that he is in the car driving down to DC (from Maryland) in the hopes of meeting with you at Main Justice later today,” Moran wrote.

Some of the emails also appear to allude to an effort Trump considered in late December and early January to remove the top leadership of the Justice Department and install Clark, who some Trump allies perceived as more willing to make legal moves to back Trump’s efforts to challenge the election results.

“I have only limited visibility into this, but it sounds like Rosen and the cause of justice won,” an aide to Donghue, Patrick Hovakimian, wrote on Jan. 3.

“Still at WH. But that is correct,” Office of Legal Counsel head Steven Engel wrote back that evening.

Trump reportedly abandoned the plan to replace Rosen after nearly all the senior leaders of the Justice Department threatened to quit, which would have overshadowed Trump’s election fraud claims.

“These documents show that President Trump tried to corrupt our nation’s chief law enforcement agency in a brazen attempt to overturn an election that he lost,” Maloney said. “Those who aided or witnessed President Trump’s unlawful actions must answer the Committee’s questions about this attempted subversion of democracy.”

Some of the emails in which Meadows pressed the Justice Department to investigate various fraud theories were reported last week by The New York Times after those messages were obtained by the Senate Judiciary Committee.

The emails the House panel released Tuesday were first reported by the Wall Street Journal.