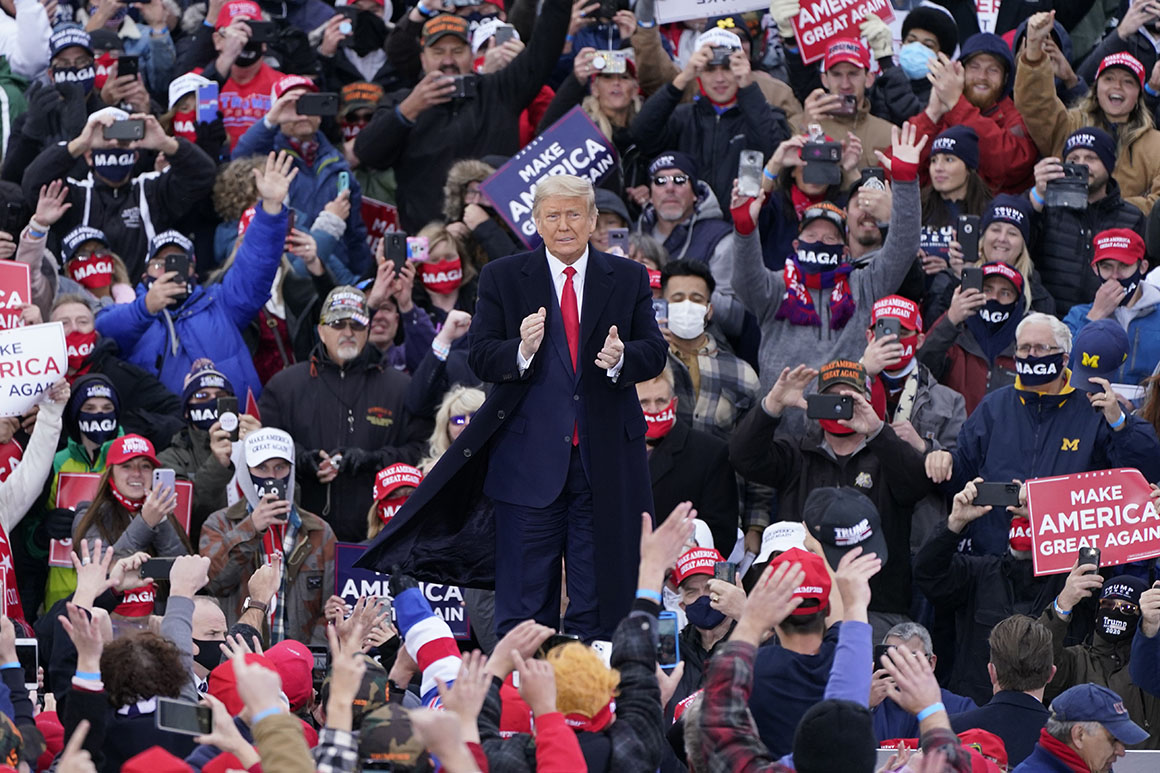 As Donald Trump cannonballs back into national headlines more scandal-ridden than ever, it turns out that Republicans aren’t the only ones who don’t want to fixate on the former president. Many House Democrats feel the same way.

With their fragile House majority on the line, many Democrats are imploring their colleagues not to take the Trump bait after last November’s referendum on the ex-president ended up costing their party a dozen seats. Instead, those Democrats are eager to deploy a policy-heavy playbook to help stave off a potential midterm whipping — and are careful to avoid putting Trumpism on the ballot next November, too.

“The former president is now a private citizen, and it appears our justice system is handling whatever potential misdeeds he may or may not have committed,” said Rep. Stephanie Murphy (D-Fla.), among roughly three dozen endangered Democrats who will need to win in order for their party to keep the House. 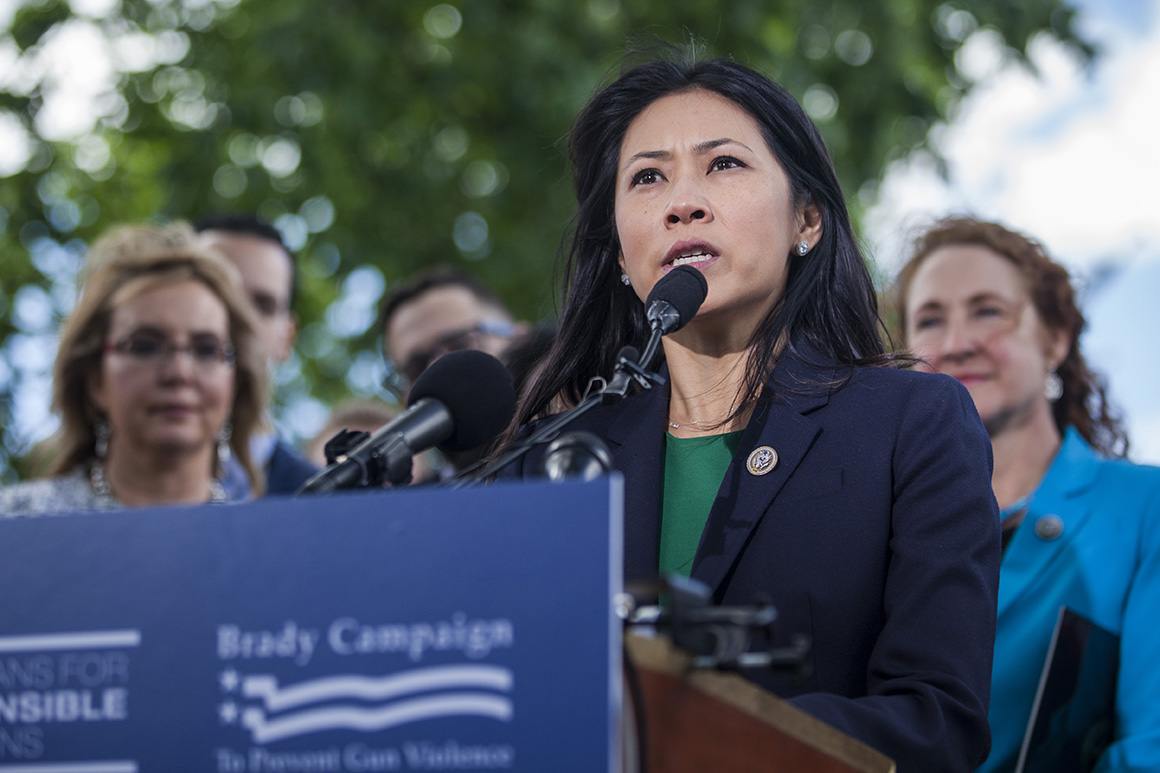 “Trump is a Republican problem and a Republican cancer that they need to cut out of their party,” she added. “But that’s their problem.”

The twice-impeached president who helped fuel a violent riot at the Capitol on his way out of office has perhaps never been a more obvious political villain for Democrats. Trump’s grip on the GOP is only tightening after he leaned on the House GOP conference to boot his chief Republican critic, Rep. Liz Cheney (R-Wyo.), out of party leadership.

Just days later, Trump helped deliver the death knell for an independent commission to investigate the Jan. 6 Capitol attack, with the vast majority of House and Senate Republicans voting to block the panel. And he’s not going away: Trump is slated to resume his signature, headline-grabbing rallies next month.

Beyond the pitched battle over the Jan. 6 commission, Trump is also the centerpiece of a Manhattan grand jury convening to examine the former president and his businesses. That’s on top of years-overdue testimony when his former White House lawyer testifies before the House Judiciary Committee this month.

Still, Rep. Madeleine Dean (D-Pa.) said she is “focused on substantive issues. Not just retribution for a failed, corrupt president.”

Dean — who has investigated Trump for years on the Judiciary Committee and played a key role in his impeachment trial this January — said she’s watching “with interest” what happens in the New York grand jury. And she strongly argued that Republicans should support the Jan. 6 commission to determine exactly what role Trump and his allies played in stoking the violence that day.

But she added: “I’ve never been obsessed with going after former President Trump.”

House Democrats’ midterm message is far from settled, just months into the off year, and their attacks on Trump loyalists in the GOP are likely to continue. Many in the party, including at the Democratic Congressional Campaign Committee, are already eyeing House Republicans whose vote against the Jan. 6 commission could hurt them back home. 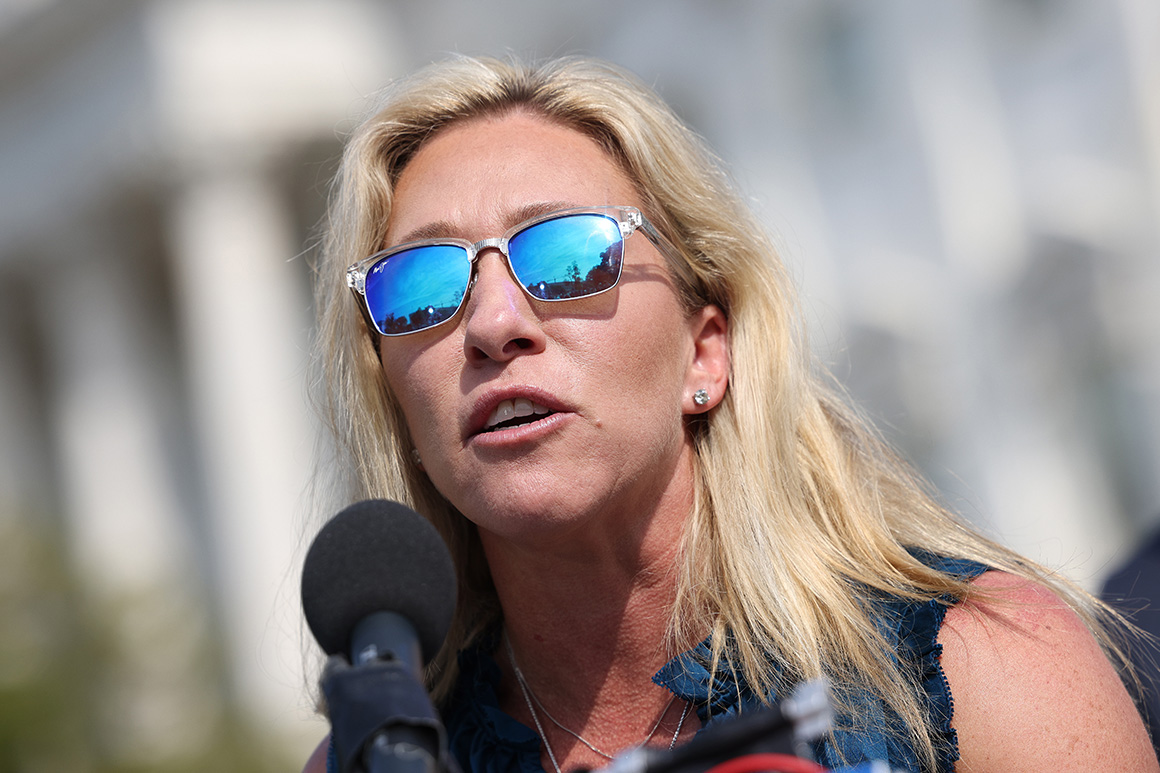 The party’s campaign arm is also hammering GOP lawmakers linked to far-right extremism, such as Rep. Marjorie Taylor Greene (R-Ga.), and have made a concerted effort to yoke them to House Minority Leader Kevin McCarthy (R-Calif.).

In some corners, Democrats see a shining opportunity to hammer Republicans over their opposition to the certification of the election and the riot commission, eager to frame those votes as the GOP choosing to stand with Trump over their country, the Constitution and law enforcement. A group of Democrats recently launched the “Never Again PAC”, solely dedicated to targeting “Trumpism” and Republicans who spread the “big lie” about the election.

However, some in the party are privately contending that their midterm strategy should resemble that of 2018 — the last time Trump wasn’t on the ballot, when their party netted a total 40 seats to wrest back the majority. That year, they said, Democratic candidates pummeled their GOP opponents on health care, rather than Trump, and it worked.

“Even when President Trump was president, people got tired of hearing about him,” said Sen. Ben Ray Luján (D-N.M.), who successfully led the House Democrats’ campaign arm for the 2018 cycle.

“Trump puts his foot in his mouth more than anybody else. Let him do the talking. People are going to see him for what he is,” Luján said.

Making the 2022 election a referendum on Trump has potential drawbacks: it could juice up the GOP base and provoke Trump himself, whom many Republicans see as a boon for their voter turnout and campaign coffers. The potency of the Trump turnout effect, in fact, was a key finding of a 2020 post-mortem report that DCCC delivered to its members this month, according to several lawmakers and aides briefed on the presentation.

“In our campaigns, we’re going to tell voters what we’ve accomplished and what we’re fighting for,” said DCCC spokesperson Chris Taylor, noting that Democrats will also focus on the GOP’s votes against Biden’s stimulus package. “Instead, [Republicans are] focused on litigating the results of a free and fair election, leading to the deadly insurrection at the U.S. Capitol.”

Across the GOP, the former president is still wildly popular, even after the deadly insurrection. Republican after Republican has trekked down to Mar-a-Lago to get facetime with Trump since he left office, a clear sign that top party leaders view him as a crucial part of their strategy to win back the House.

But Republicans want to talk about Trump on their own terms — not through the lens of an independent insurrection inquiry that paints his actions in an unflattering light or a criminal probe that could serve up indictments of the ex-president and people around him.

That mindset is part of the reason why the GOP mobilized so forcefully against the Jan. 6 commission bill. They’re calculating that it’s better to take the short-term political hit now rather than risk having the commission’s findings pop up in the middle of the 2022 election cycle. Some Republicans even argue that opposing the commission is actually good politics in certain ruby-red districts.

“I think the lack of support for the commission is really going to energize the [Democratic] base in some respects … sadly,” said former Rep. Denver Riggleman (R-Va.), who has a background in intelligence work. “The 1/6 commission can hurt Republicans in some swing districts. I think that’s why [Rep. John Katko] was so for it.”

“But when you’re talking about an R+18 district or more, this messaging might be effective,” Riggleman added. “Constituents have short-term memories.”

Ally Mutnick contributed to this report.