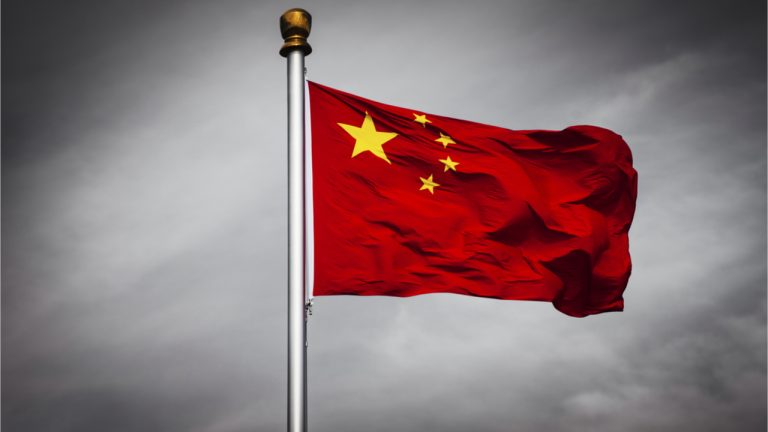 An official notice stemming from the Changji prefecture government in Xinjiang details that officials from the Zhundong Economic-Technological Development Park must instruct bitcoin miners to shut down. China’s province of Xinjiang is a highly concentrated region of bitcoin miners and bitcoin activities at the park must cease by June 9, according to the document. Nevertheless, the Bitcoin network’s hashrate has been considerably higher today than last week’s average rate.

There’s been a number of reports from China that indicate Chinese government officials haven’t been too keen on the crypto mining sector in recent times. Bitcoin.com News has covered a number of reports tied to the country showing a possible crackdown on bitcoin mining taking place in mainland China.

For instance, Huobi and Okex revealed the companies would restrict certain services to Chinese residents and then Btc.top and Hashcow halted services to China. Rumors of “cheap” mining rigs surfaced and talks of a massive exodus of Chinese miners migrating to Central Asia started trending.

On Wednesday, Wolfie Zhao from The Block, reported on a notice seen and verified by the publication that indicates a development park shut down solely directed at bitcoin mining operations.

“According to the notice seen and verified by The Block, officials in the development park have been instructed to shut down all crypto mining activities under their administration by 2:00 pm China time on Wednesday,” Zhao details in the report. The development park in question happens to be the Zhundong Economic-Technological Development Park.

Statistics show that there is a deep concentration of bitcoin miners located in Xinjiang and Sichuan. How much hashpower is located in either region is unknown but many people assume that it is a lot of processing power.

Interestingly, the notice obtained by Zhao follows the recent Sichuan energy official’s meeting that planned to discuss bitcoin mining implications in that province. Furthermore, a number of mining companies from China have explained that operations may move abroad if crackdowns persist.

Despite the notices and government officials in China talking about bitcoin mining, the network’s overall hashrate has increased a great deal. On June 9, 2021, Bitcoin’s hashrate has ramped up to 180 exahash per second (EH/s) after hovering just above the 150 EH/s range last week.

Amusingly, the top pools from China Poolin, F2pool, and Antpool have been battling for the number one position during the last few weeks with a few shuffles for the top spot along the way.

Today, Poolin commands 15.2% of the Bitcoin hashrate, F2pool captures 14.5%, and Antpool has roughly 13.1%. The top five pools processing SHA256 blocks on the BTC chain today, are all from China.