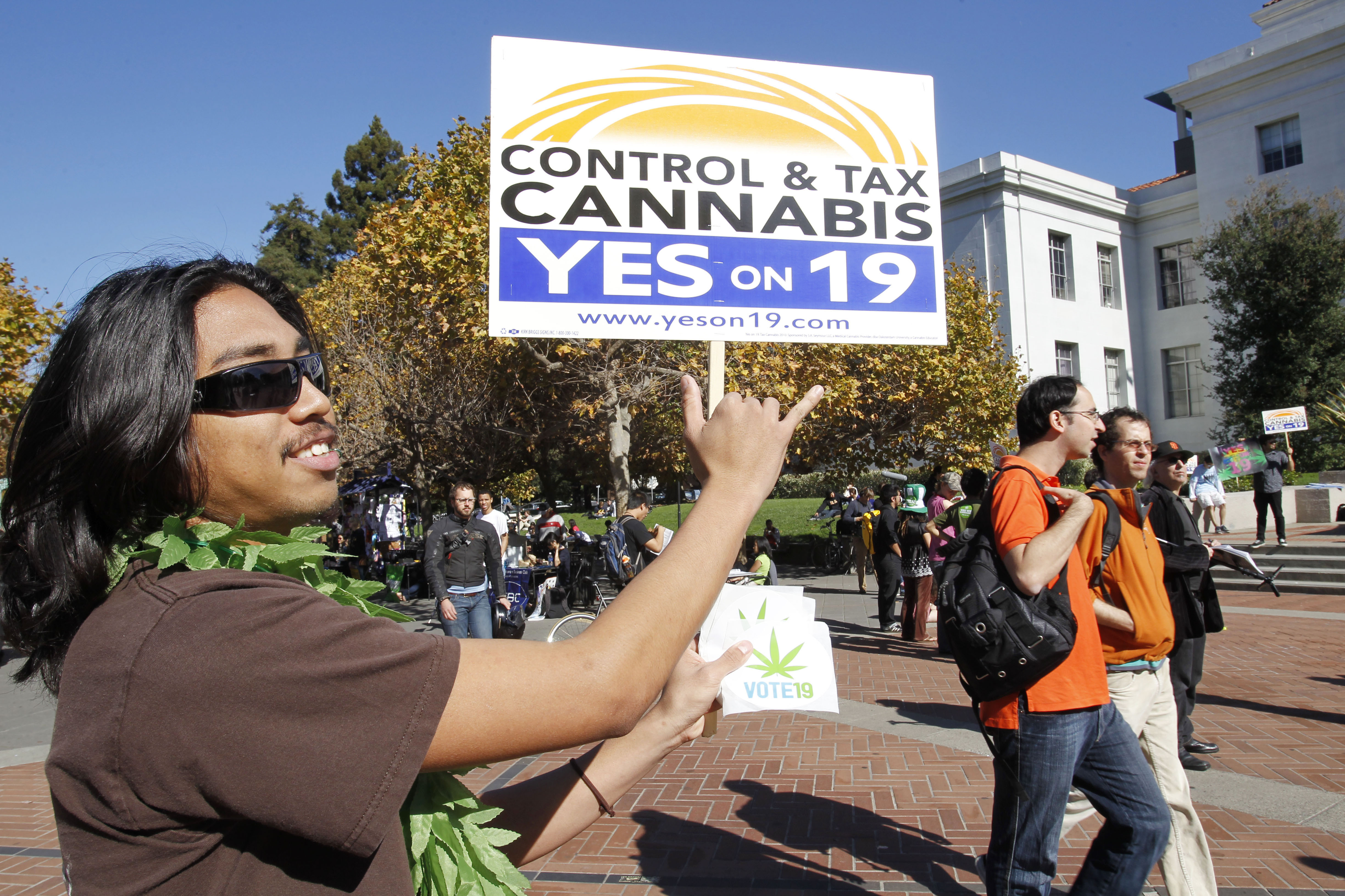 A growing number of Republican senators represent states that have legalized recreational or medical cannabis — six approved or expanded marijuana in some form just since November. But without their support in Congress to make up for likely Democratic defectors, weed falls critically short of the 60 votes needed to advance legislation.

“I oppose it,” said Daines, who is otherwise a lead sponsor of the SAFE Banking Act, which would make it easier for the cannabis industry to access financial services, such as bank accounts and small business loans. “The people in Montana decided they want to have it legal in our state, and that’s why I support the SAFE Banking Act as well — it’s the right thing to do — but I don’t support federal legalization.”

Senate Majority Leader Chuck Schumer is vowing to push a far-reaching federal legalization bill, even if President Joe Biden isn’t on board. But before he can corner the White House on the issue, Schumer must convince at least 10 Republicans — possibly more, since Democrats like Sens. Jon Tester and Jeanne Shaheen are unlikely to back the measure — to join his cause.

Lawmakers whose constituents have already approved some form of legal marijuana are seen as the most likely to support loosening federal restrictions, but so far Republican senators appear largely unmoved by the will of voters when it comes to weed. In some states, such as Montana and South Dakota, marijuana did better on the ballot than their senators.

POLITICO spoke with a dozen GOP senators who represent medical or recreational cannabis markets in recent days. None committed to vote to remove cannabis from the Controlled Substances Act, but Sens. Lisa Murkowski of Alaska and Kevin Cramer of North Dakota said they were open to discussing ways to remove federal cannabis penalties. Others, however, said they were not on board with any type of federal cannabis legislation.

“I think they can do other narcotics and things to relieve people’s pain and suffering,” said GOP Sen. Richard Shelby of Alabama, where medical marijuana was legalized earlier this year. When asked if he believes his position is in conflict with the will of Alabamans, Shelby replied, “I don’t know. You got to have some principle, yourself.”

Three out of the 18 states that have embraced full legalization — Alaska, Montana and Maine — are represented by at least one Republican senator. Three dozen states and counting have also legalized medical marijuana, including conservative strongholds such as Alabama and Oklahoma.

Voters in South Dakota approved a recreational legalization measure in November that is now tied up in court. If it stands, two more Senate Republicans — including Minority Whip John Thune (R-S.D.) — would represent a state where anyone at least 21 years old can purchase weed.

“Medical’s getting big — the recreational not as big yet, but it’s growing — and there’ll be more initiatives on the ballot,” said Thune, discussing the uptick in ballot measures and legislation in red states around the country. “It’s an area that’s still evolving, and our country’s views on it are evolving … How we deal with it nationally I think is still an open question.”

Many in the industry hoped that the 2020 red state legalization wave would result in greater support for cannabis reform from the GOP. Their No.1 case study: former Colorado Sen. Cory Gardner.

Gardner was elected to the Senate in 2014, the same year that Colorado’s recreational marijuana industry came online. Despite opposing the legalization ballot measure, Gardner became one of the biggest champions of cannabis policy on Capitol Hill. Over his tenure, he introduced a number of bills to loosen federal marijuana restrictions and convinced the Trump administration to promise not to meddle with legal states. 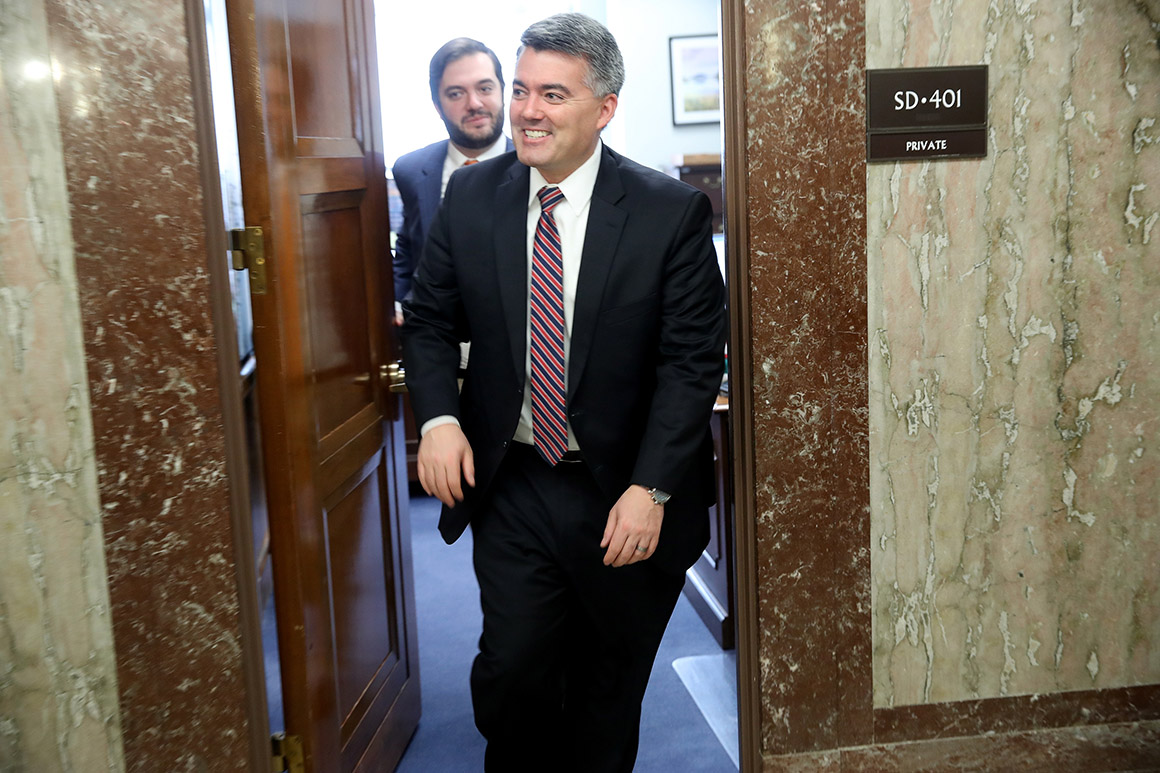 Many advocates point to Gardner in arguing that Republicans who now represent legal states are likely to evolve on the issue. But the political environment that drove Gardner to champion cannabis was pretty specific to Colorado.

Sal Pace, the former Democratic speaker of the Colorado House, explained that the state’s cannabis industry plays an influential role in politics, and it’s something that Colorado voters really care about.

“It was a smart political decision on Cory’s part,” said Pace, who now heads a nonprofit focused on registering and turning out cannabis consumers to vote.

Gardner’s support for cannabis was also likely motivated by a very tight reelection race in 2020 — something that most legal state Republicans are not facing in 2022. Sens. Susan Collins of Maine, Dan Sullivan of Alaska and Daines all just won reelection.

The only senator up for reelection from a fully legal state in 2022 is Murkowski, who said in an interview that removing federal penalties from cannabis may end up being the “cleanest” way to break down the many hurdles facing cannabis businesses.

“You have to gauge the public’s will with your own conscience, and that’s what we [senators] do every day in lots of areas. And this is certainly one of those that probably will test that,” said Cramer, who represents a state where medical marijuana is legal. “The state has made these decisions. And now the question is, how do we respond to the state’s decision to make it as ethical an industry as we possibly can?”

Part of the restraint may be due to conflicting messages from industry and voters in legal states.

“When you talk about my constituents, the main focus of what they are interested in … is those two bills I cosponsor,” said Sullivan, referencing the SAFE Banking Act and legislation that would allow states to make their own decisions on cannabis policy without fear of federal punishment.

Jennifer Canfield, a board member of the Alaska Marijuana Industry Association, says that federal legalization is supported by most voters in Alaska, but some in the state’s industry would prefer legislation that does not throw the door wide open for a national cannabis market.

“I think a lot of people are concerned about federal legalization where it concerns transferring products from other states.” said Canfield. “My gut tells me that [Sullivan is] probably correct that those who support the MORE act, and generally federal legalization, are probably in the minority [in Alaska’s industry].”

Cannabis advocates and lobbyists say their work in the Senate has only begun.

“The House has had time to think about marijuana policy, debate marijuana policy. They’ve been doing this for the last few years,” said Maritza Perez of the Drug Policy Alliance, which advocates for legalization of all drugs. “The Senate really hasn’t.”

Perez said that DPA is waiting for Schumer’s bill to be introduced before launching a full-scale lobbying push in the Senate, but that they plan to target legal state Republicans just as strongly as some moderate Democrats.

“[Do] Sen. [Cory] Booker, [Ron] Wyden, and Schumer have enough sweeteners to influence some Republicans?” said David Culver, vice president of government relations at Canopy Growth, one of Canada’s largest cannabis companies with big plans fora U.S. expansion. “The million-dollar question with a lot of Republicans in the Senate is, how far are they willing to go?”