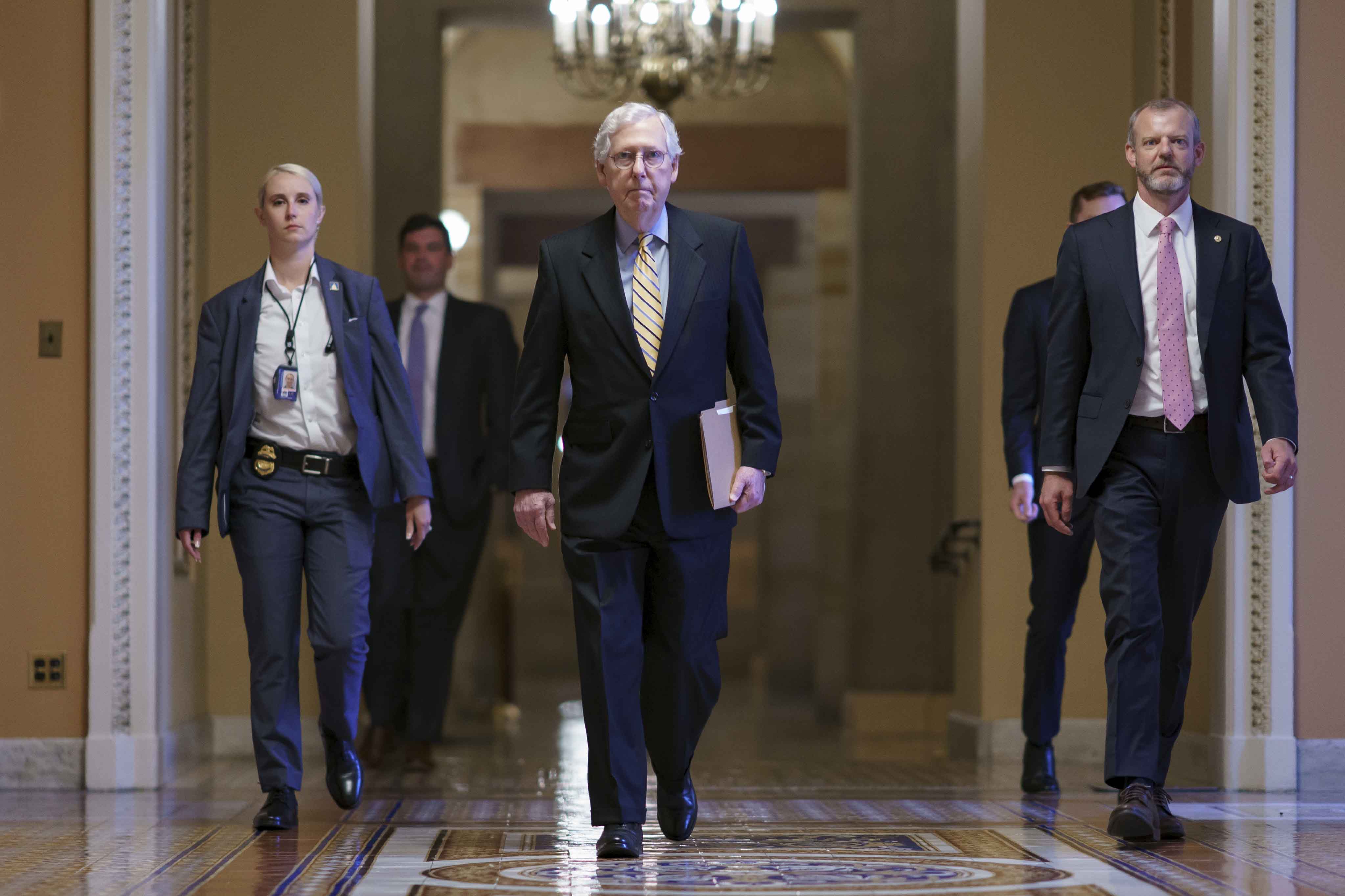 The Senate will vote Tuesday afternoon on whether to consider the legislation, a top priority for Senate Majority Leader Chuck Schumer and Speaker Nancy Pelosi. With the bill guaranteed to fail, the path forward is murky at best on an issue that Democrats say they need to resolve before the 2022 midterms.

During his opening remarks Tuesday, Schumer acknowledged the likely outcome of the vote but framed the issue as an existential fight for democracy. He accused Republicans of suppressing the vote in the aftermath of the 2020 election.

“There is a rot at the center of the modern Republican party,” Schumer said. “Donald Trump’s big lie has spread like a cancer and threatens to envelop one of America’s major political parties. Even worse, it has poisoned our democracy, eroded faith in our elections, which is so detrimental to the future faith people need to have in this democracy.”

Republicans, however, are vehemently opposed, arguing that the bill — which Democrats designated S.1 to signify its importance — would amount to nothing more than the federalization of the U.S. election system.

Senate Minority Leader Mitch McConnell described the bill Tuesday as “Democrats’ transparent plan to tilt every election in America permanently in their favor.” McConnell also flicked at the push from progressives to can the 60-vote threshold.

“This most sensitive subject would not be the best place to trash the Senate’s rules to ram something through,” he said. “The Senate is only an obstacle when the policy is flawed and the process is rotten. And that’s exactly why this body exists. Today the Senate’s going to fulfill our founding purpose, stop the partisan power grab and reject S. 1.”

As Democrats prepare for the vote, it remains unclear whether Sen. Joe Manchin (D-W.Va.) will support moving forward on the legislation. Earlier this month, Manchin penned an op-ed explaining his opposition, arguing that any change to elections or voting laws should be bipartisan. He circulated a memo last week explaining the elements of the legislation he could support.

Proponents of the bill argue that it’s a necessary response to recent state laws from GOP legislatures that restrict access to the ballot, where were introduced in the aftermath of the 2020 election. Democrats’ legislation would lead to significant changes in how elections are conducted across the country, including provisions to mandate in-person early voting in all states, require that states offer no-excuse absentee voting and institute automatic and same-day voter registration. It would also require that most states establish independent redistricting commissions.

Manchin has indicated he supports expanded early voting and ending partisan gerrymandering, but he also wants to institute new voter ID requirements and allow for more flexibility for state officials to remove voters from the voter rolls.

Progressives have long viewed the fight over elections and ethics reform as a vehicle for killing the Senate’s 60-vote threshold. But that’s appearing increasingly unlikely. Both Manchin and Sen. Kyrsten Sinema (D-Ariz.) are vocal in their support for keeping the filibuster, and they’re not alone.

Ahead of Tuesday’s vote, Sinema published an op-ed in The Washington Post reiterating her position.

“To those who want to eliminate the legislative filibuster to pass the For the People Act,” Sinema wrote, “I would ask: Would it be good for our country if we did, only to see that legislation rescinded a few years from now and replaced by a nationwide voter-ID law or restrictions on voting by mail in federal elections, over the objections of the minority?”