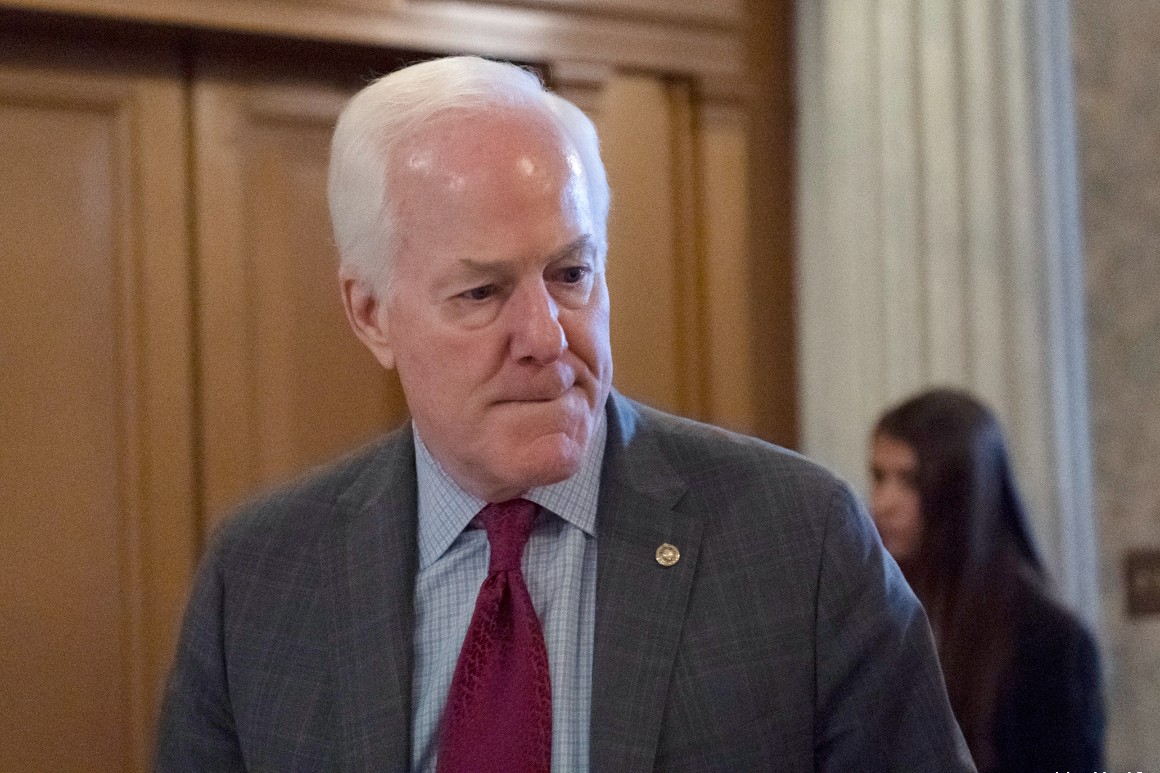 Senate Republicans are questioning President Joe Biden’s willingness to reach a bipartisan deal on infrastructure, a new and potentially troubling sign as talks threaten to drag into July.

A bipartisan group of negotiators met again Wednesday afternoon with White House officials to discuss a possible $1 trillion infrastructure package. But a growing number of GOP senators say the Biden administration isn’t showing enough flexibility when it comes to how to pay for any agreement, rejecting their proposals to raise user fees on drivers and resisting their push to raid coronavirus relief accounts for infrastructure.

“It makes me wonder how badly the White House even wants a bipartisan deal at all,” said Sen. Kevin Cramer (R-N.D.). “I’m a little frustrated by how intransigent they’ve been.”

“I don’t know why they keep taking things off the table,” added Sen. John Cornyn (R-Texas). “Clearly they wanted a tax increase, and we took that off the table, but all along the hardest part about this is the pay-for. People sort of treat that as an afterthought when that should be the first thing we address.”

Now that members of the 21-senator bipartisan group have largely agreed on spending numbers, funding an infrastructure measure has become the greatest obstacle to reaching a bipartisan deal. The Biden administration had initially proposed raising the corporate tax rate to fund the package, a red line for Senate Republicans. Meanwhile, the White House has for months rejected GOP alternatives like indexing the gas tax to inflation and electric vehicle fees, contending that those proposals violate Biden’s pledge not to raise taxes on individuals making less than $400,000.

White House press secretary Jen Psaki said Wednesday that the president needs to see “progress over the next couple days” and that opposition to gas tax indexing is a “pretty clear no-brainer choice,” particularly when the alternative is additional IRS enforcement designed to force the wealthy to pay their fair share of taxes.

The White House and Senate negotiators are engaging in a flurry of meetings this week with the upper chamber set to leave town Thursday for two weeks. Senate Majority Leader Chuck Schumer has insisted that the talks are on two tracks: a bipartisan path and a second, Democrats-only path forward which will include priorities that have no chance of getting Republican support.

Biden will need at least 10 Republicans to get on board with a bipartisan agreement, and more if progressive Senate Democrats reject the proposal. Sen. Chuck Grassley (R-Iowa) described the uncertainty over how to pay for a bipartisan bill as a “big problem.”

“Republicans are trying to suggest things, but you wouldn’t think this administration would be against a user tax,” Grassley said. “They’re saying that’s a tax on low-income people? It probably is a regressive tax, but people don’t have to use it if they don’t want to.”

Republicans in the bipartisan group, however, defended the White House’s motives. Sen. Rob Portman (R-Ohio), one of the lead negotiators, said that “everybody’s trying to get there in good faith.” And Sen. Mike Rounds (R-S.D.), who has endorsed the recent bipartisan framework, said “the fact that there’s actually a negotiation going on is a positive thing for the country.”

The bipartisan framework, endorsed by 10 Senate Democrats and 11 Senate Republicans, would spend about $973 billion over five years, and include $579 billion in new spending. In addition to gas tax indexing and electric vehicle fees, the proposal aims to fund infrastructure investment using unspent coronavirus relief money and additional funds from IRS enforcement.

“The ground rules were set, and I respect them. We’re not going to do any tax increases, we’re not going to go back and revisit the tax bill in 2017. And we haven’t even talked about it because we took it off the table,” said Sen. Jon Tester (D-Mont.), a member of the group. “Biden has been incredibly flexible.”

But after drawn-out conversations between Biden and Sen. Shelley Moore Capito (R-W.Va.) ended in failure, Republicans say they are deeply skeptical that the president wants a deal.

“I don’t think he’s going to back off the corporate income tax,” Kennedy added. “The Romney-Manchin group came up with pay-fors, and the White House keeps knocking them down like bowling pins. One after the other, boom boom boom, until there’s nothing left besides ‘sic the IRS on half the Western Hemisphere to raise the money’.”