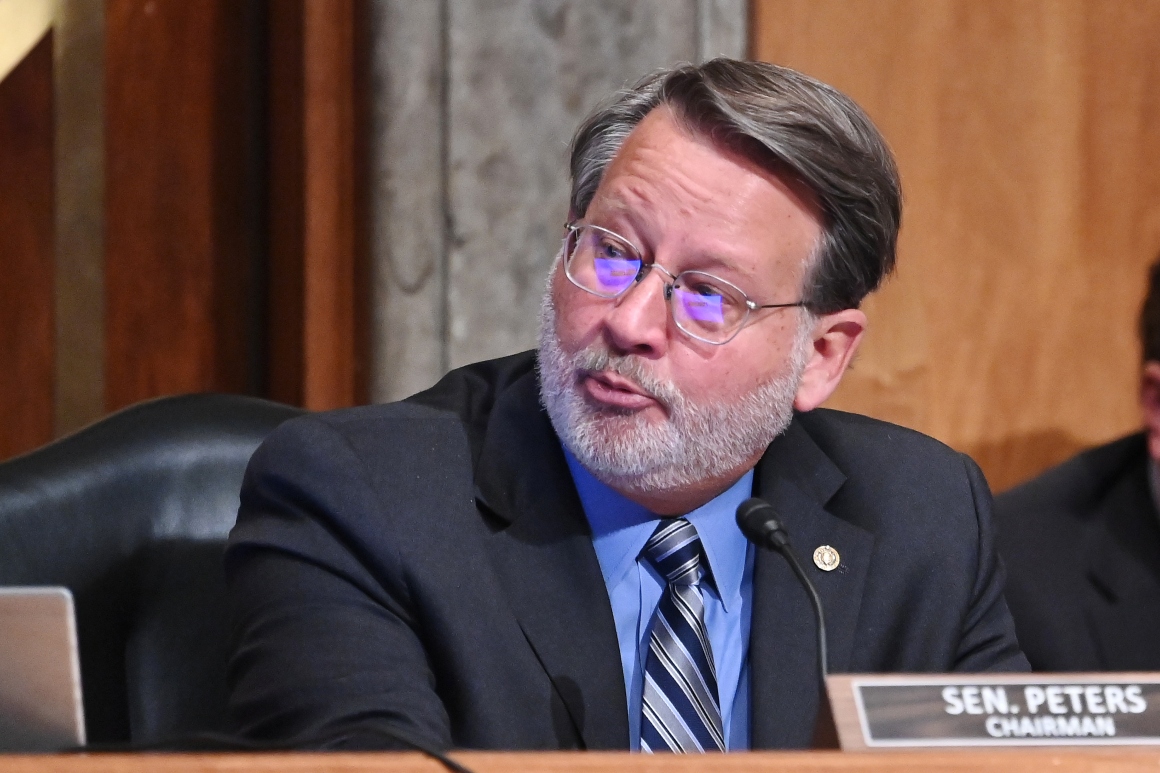 Capitol security officials tracking threats of violence on Jan. 6 saw social media posts as early as late December 2020 about a plot to breach the complex — complete with maps of the building’s tunnels and explicit threats of violence against members of Congress.

“Surround every building with a tunnel entrance/exit. They better dig a tunnel all the way to China if they want to escape,” wrote one user on a pro-Trump blog.

Those posts were spotted and written up by the Capitol Police’s intelligence division. But as revealed in a new bipartisan report cataloging failures ahead of the insurrection, now-acting Capitol Police Chief Yogananda Pittman told congressional investigators that data on the social media posts was sent only to “command staff” and never reached the department’s highest level. Even as the pro-riot chatter continued and tips came into the intelligence division, the full body of knowledge about what would become a deadly threat was not conveyed to the rest of Capitol Police leadership, rank-and-file officers or other law enforcement partners.

The intelligence failures are only one facet of the first official congressional accounting of the Jan. 6 insurrection, a nearly 100-page report released Tuesday morning by a bipartisan duo of Senate committee leaders. The report raps the Capitol Police and federal agencies for security lapses leading up to and during the attack.

The report faults Pittman, among other officials, for the “discrepancy” between her division’s reports on Trump supporters’ public, online threats of violence and a more widely-circulated security assessment issued in late December. That assessment concluded there was “no information” on specific disruptions or civil disobedience and declared that actions by individuals or small groups weren’t “generally broadcast publicly” and were “impossible to detect.” 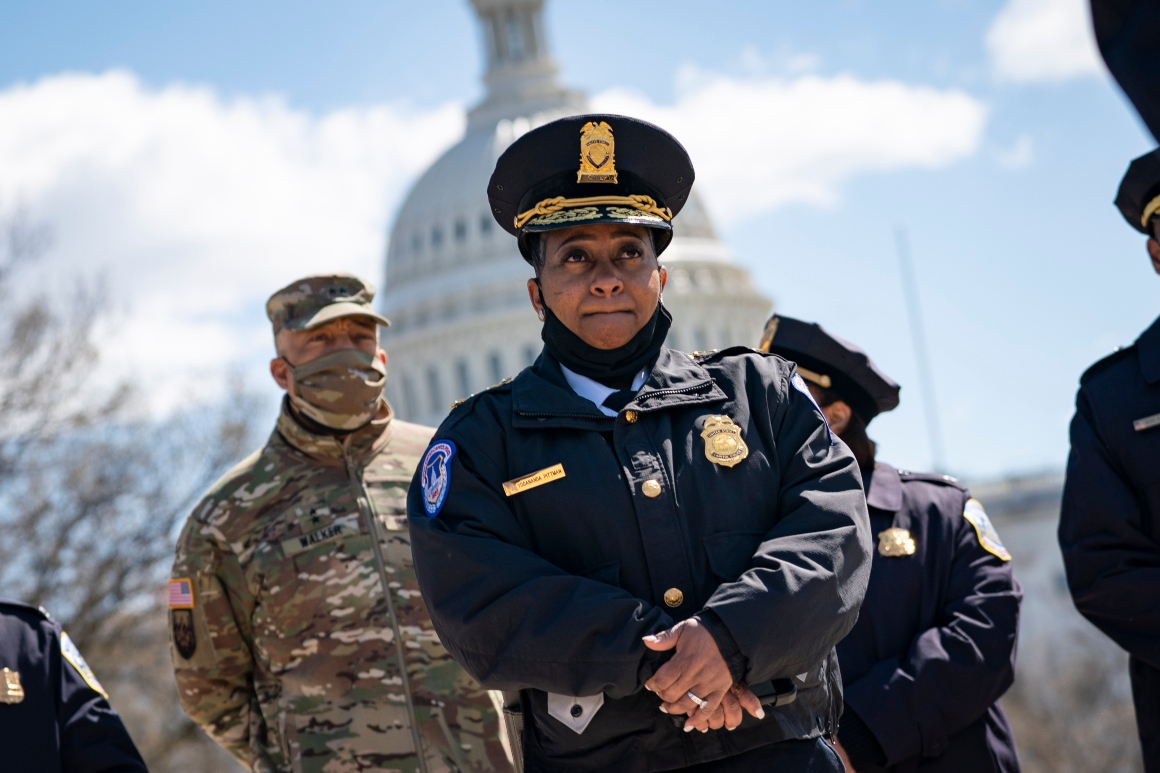 In a statement, the Capitol Police said they welcomed the assessment by the Senate committees and agreed improvements were needed, but reiterated its position that the information they had available did not indicate an attack on the Capitol.

But despite the immense effort put into the report — including newly unearthed documents and interviews with top officials and more than 50 Capitol Police officers — its circumscribed scope limited its investigation. Senators and staffers focused on security, preparation and response to the attack rather than addressing bigger themes that might have fallen to the since-failed 9/11-style outside commission on the assault, such as the White House’s role or groups that participated.

The report concludes that “reforms to [the Capitol Police] and the Capitol Police Board are necessary to ensure events like January 6 are never repeated” without passing any judgment on the causes of the attack.

Sen. Gary Peters (D-Mich.), who chairs the Homeland Security Committee, called the security and emergency breakdowns “unacceptable” and “widespread” in a statement. He also said their report showed how the insurrection was “frankly planned in plain sight.” Sen. Roy Blunt (R-Mo.), the top Republican on the Rules Committee, said the Senate should focus on “immediately implementing” the report’s recommendations.

The senators leading the report declined to comment on the search for the next Capitol Police chief, instead deferring to the Capitol Police Board, the three-member panel tasked with finding a permanent replacement. But Sen. Amy Klobuchar (D-Minn.), chair of the Rules Committee, said their report detailed their “united concern about the leadership of the Capitol Police,” rather than individual officers. 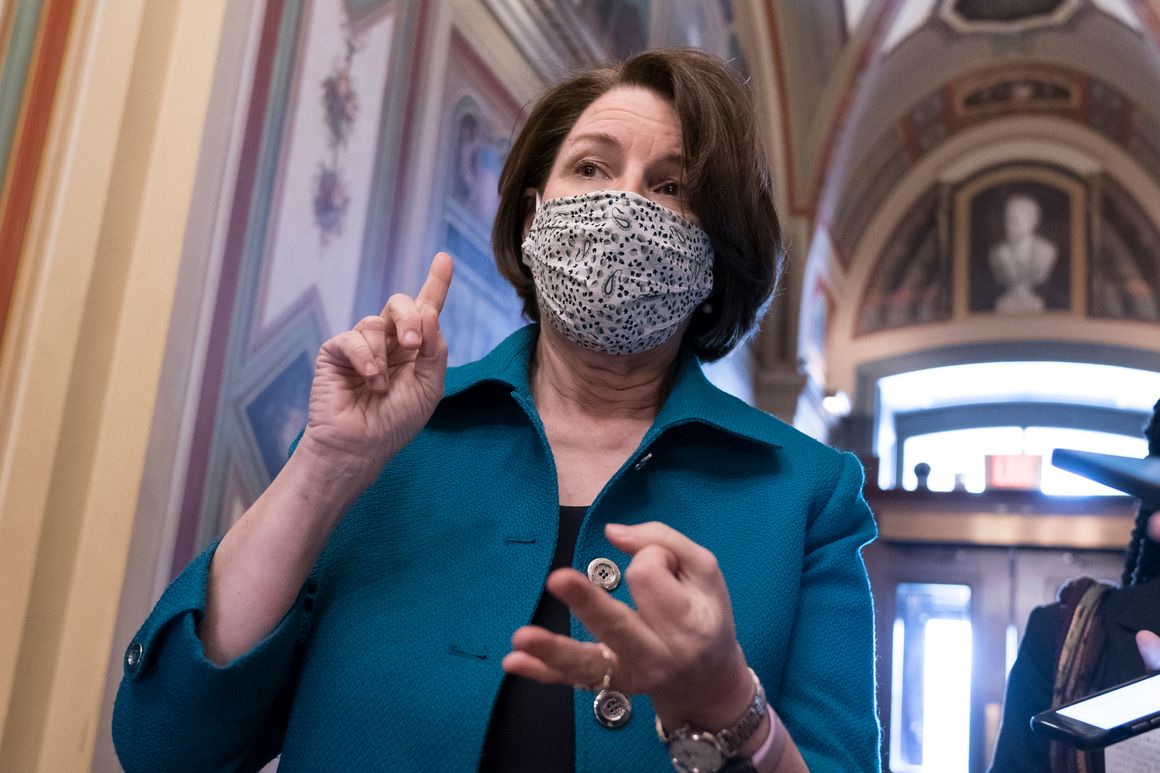 The Senate report cited Donald Trump’s speech on Jan. 6 to a massive crowd of supporters that then marched to the Capitol, in an apparent attempt at balance, but did not conduct any thorough analysis of the former president’s involvement.

The report will still likely cause consternation on the Hill. The No. 2 Capitol Police official and overseer of most of its uniformed officers, Chad Thomas, resigned Monday ahead of the review’s release. Senators’ findings also put more pressure on Pittman, who led the department’s intelligence division during the attack.

Other findings in the report painted an unfavorable picture of the Capitol Police’s preparation and response to the insurrection.

No officers recalled hearing then-Chief Steven Sund on the radio during the attack, and they heard now-acting Chief Pittman only once, according to interviews with officers. Pittman said that an insufficient number of Capitol Police personnel were authorized to use less-lethal munitions like pepperballs and grenade launchers — officials have conceded those could have made a difference that day, but few officers were trained to use the equipment.

Some senators involved in the report still defended the Capitol Police, however.

“Capitol Hill police were put in an impossible situation without adequate intelligence, training and equipment because they didn’t have the tools they needed to protect the Capitol,” said Sen. Rob Portman (R-Ohio), adding their report should be “informing” the debate over the emergency security funding.

Sund, the former chief, had faulted federal agencies for their intelligence blunders leading up to the attack, and the report agreed that the federal intelligence community failed to warn of the potential for violence on Jan. 6 despite social media chatter. Neither the Department of Homeland Security nor the FBI released any threat assessment before Jan. 6, and federal law enforcement deemed social media posts calling for violence at the Capitol to be noncredible.

However, the report said that the Capitol Police “also failed to prepare a department-wide operational plan for the Joint Session.”

The report showed that top Pentagon officials raised concerns in the days before the insurrection as well, which went ignored.

As late as Jan. 4, Chair of the Joint Chiefs of Staff Mark Milley and then-acting Defense Secretary Christopher Miller asked in a conference call with the Cabinet if there was a way to revoke permits for the protesters who would later assemble on Capitol grounds, Miller told the committees. They also suggested locking down D.C. on Jan. 6. The Department of the Interior and D.C. officials assured them that the protests were constitutionally protected, and law enforcement told them there was no need to shut down the city, according to Miller, who said he then “felt comfortable” about their planning. 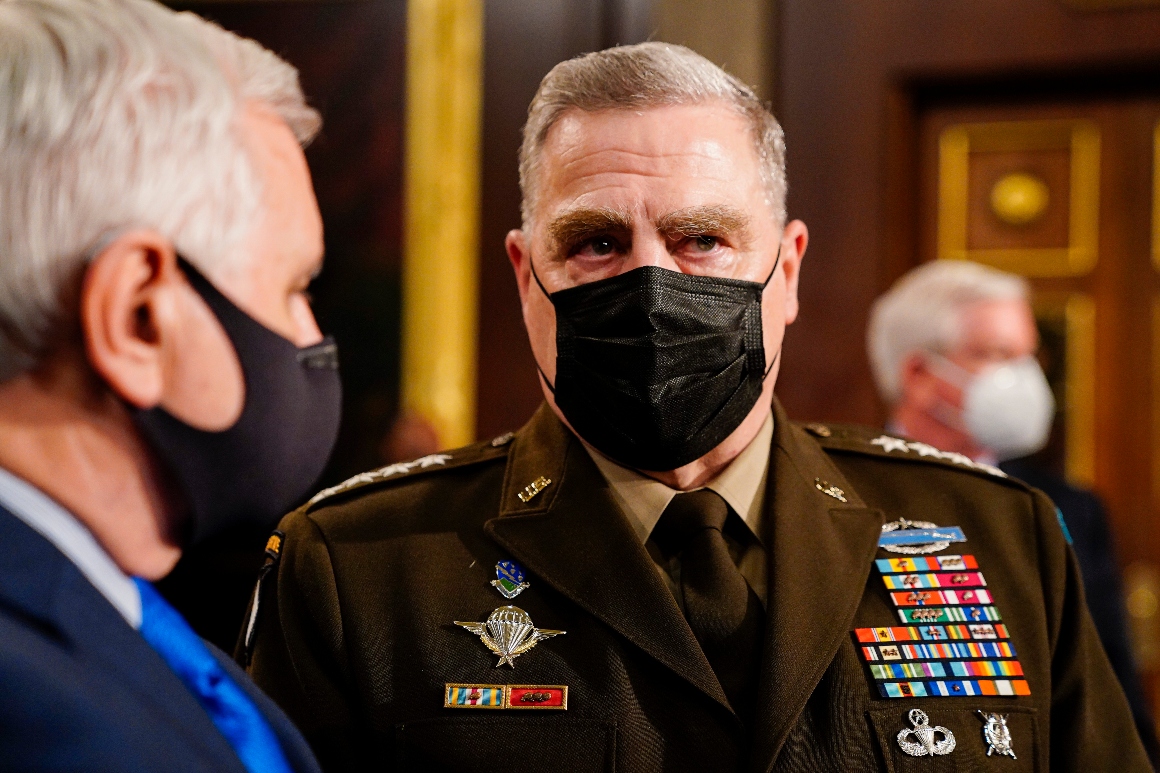 Lawmakers hailed the report’s bipartisan list of recommendations to rectify many of the intelligence and security breakdowns, including changes to the Capitol Police’s training, the clarification of statutes governing emergency assistance or the streamlining of their intelligence gathering. It is unclear how many of them can be implemented without additional funding or congressional action.

Senate Republicans last month blocked a bipartisan House-passed bill that would have established an independent Jan. 6 commission, and a nearly $2 billion emergency funding bill to plug security gaps, already passed by the Democrat-controlled House, looks headed for a similar outcome in the upper chamber.

But some senators were hopeful the report could help break the logjam over Congress’ response to the insurrection. Klobuchar expressed confidence in the Senate’s ability to pass legislation streamlining requests for the National Guard, saying she and Blunt would be introducing legislation to simplify the process. “We have to change that law immediately,” she said.