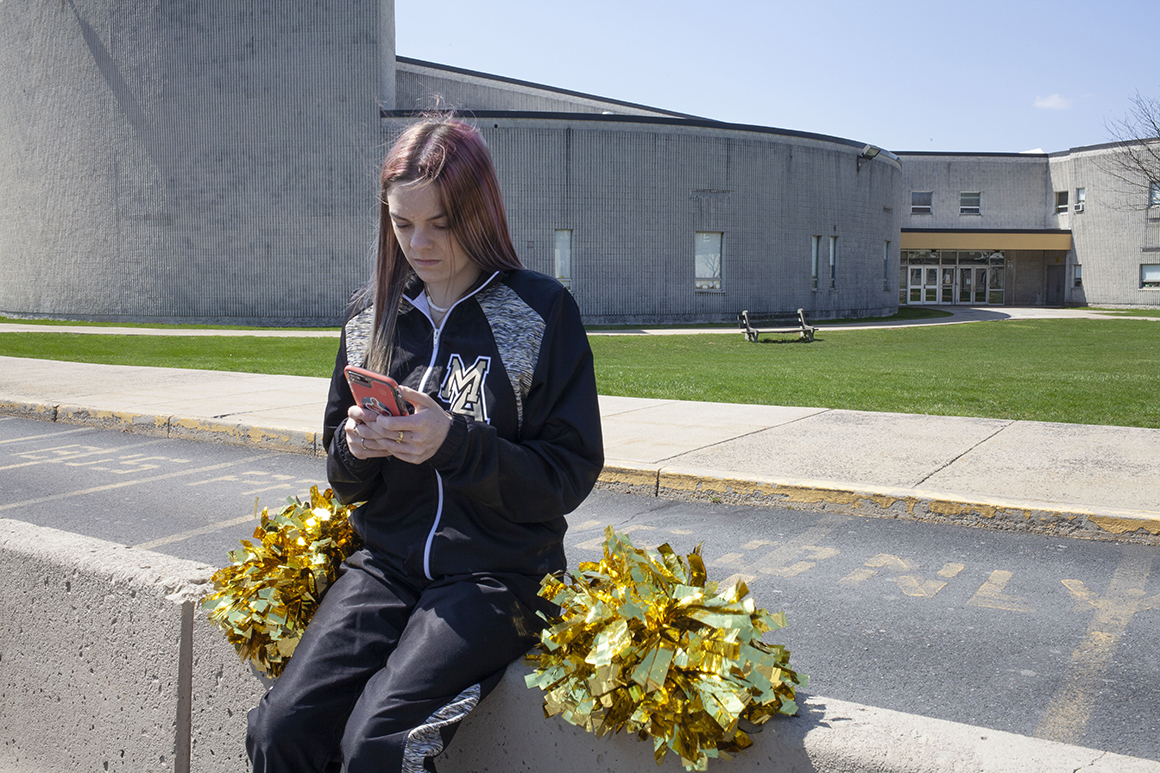 The Supreme Court on Wednesday ruled in favor of a Pennsylvania high school student who was suspended from the cheerleading program over a profane Snapchat post lamenting being denied a spot on the varsity squad.

The justices’ 8-1 decision found that the First Amendment imposes broad limits on public schools’ ability to regulate off-campus speech delivered via social media, but the high court left the door open to educators regulating messages that are highly disruptive to school operations.

The case, the high court’s first big student free-speech case of the internet era, was framed as a test of school officials’ power to regulate student speech on the web. It started with a profane lament on Snapchat by a Pennsylvania ninth-grader, Brandi Levy, about being denied a spot on the varsity cheerleading squad.

“F— school, f—-softball, f— cheer, f—everything,” Levy wrote in her 2017 message, which prompted a one-year suspension from the cheerleading program.

Writing for the nearly-unanimous court, Justice Stephen Breyer said the Mahanoy Area School District went too far in trying to punish Levy for the fairly mundane, if crude, post.

“We can find no evidence in the record of the sort of ‘substantial disruption’ of a school activity or a threatened harm to the rights of others that might justify the school’s action,” Breyer wrote. “Rather, the record shows that discussion of the matter took, at most, 5 to 10 minutes of an Algebra class ‘for just a couple of days’ and that some members of the cheerleading team were ‘upset’ about the content of [Levy’s] Snapchats.”

The court explicitly declined to issue “a broad, highly general rule” or bright-line test, but Breyer said it would be dangerous to give schools unfettered permission to police student speech both on and off campus.

“Courts must be more skeptical of a school’s efforts to regulate off-campus speech, for doing so may mean the student cannot engage in that kind of speech at all. When it comes to political or religious speech that occurs outside school or a school program or activity, the school will have a heavy burden to justify intervention,” Breyer added.

With some liberals wary that overly broad speech protections could allow for intimidation of students who are members of racial minorities, or LGBTQ, Breyer suggested that educators can take action against some off-campus speech.

The Bill Clinton appointee included on that list: ”serious or severe bullying or harassment targeting particular individuals; threats aimed at teachers or other students; the failure to follow rules concerning lessons, the writing of papers, the use of computers, or participation in other online school activities; and breaches of school security devices, including material maintained within school computers.”

Justice Clarence Thomas was the sole dissenter. He argued that Breyer’s opinion ignored precedent and was too vague to provide guidance for future cases.

“The Court’s foundation is untethered from anything stable, and courts (and schools) will almost certainly be at a loss as to what exactly the Court’s opinion today means,” Thomas warned.

Thomas also suggested that the justices’ view that the school overreacted may have colored the court’s judgment.

“The discipline here — a 1-year suspension from the team — may strike some as disproportionate,” the George H.W. Bush appointee wrote. “But that does not matter for our purposes.”

“Disproportionate discipline ‘can be challenged by parents in the political process,’” Thomas added. “But the majority and the parties provide no textual or historical evidence to suggest that federal courts generally can police the proportionality of school disciplinary decisions in the name of the First Amendment.”

Alito’s opinion repeatedly inveighed against granting schools the permission to impose a “heckler’s veto,” by invoking the hurt feelings of other students to justify punishing speech on or off campus.

“Speech cannot be suppressed just because it expresses thoughts or sentiments that others find upsetting,” Alito wrote.

The school district had asked the high court to reverse an appeals court decision in favor of Levy. The 3rd Circuit Court of Appeals ruled that the school violated Levy’s First Amendment right to free speech because the landmark ruling on K-12 student expression, Tinker v. Des Moines Independent Community School District, does not give officials power to regulate speech that occurs off campus and outside of school programs.

The nation’s second largest teachers union and education groups representing school boards, principals and superintendents, in an amicus brief, had urged the high court to side with the school district. The groups wanted justices to “reaffirm that the nation’s public schools retain the authority to discipline students, as warranted, for off campus student speech that threatens to interfere improperly with school operations.”

They argued that the 3rd Circuit’s “stark line between off-campus and on-campus speech is untenable” because of social media. They also pointed at the past year of online classes across the country due to the pandemic.