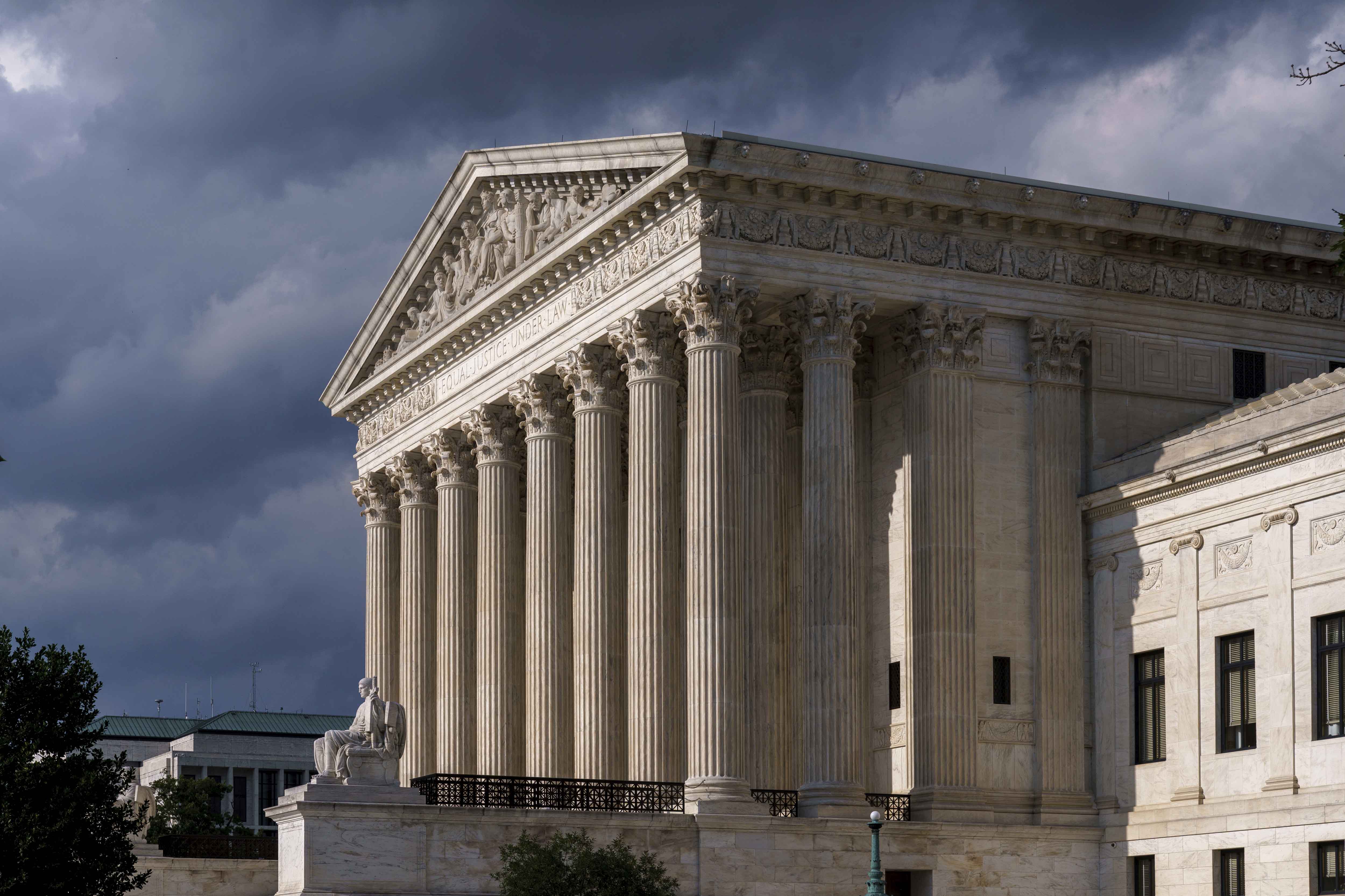 The Supreme Court on Thursday threw out a lawsuit threatening the entirety of the Affordable Care Act, finding that Republican-led states behind the case did not have legal ground to challenge the landmark health care law.

The 7-2 decision, which preserves health insurance for millions and the law’s popular protections for preexisting conditions, may serve as the final chapter in the decade-long legal assault on the Affordable Care Act, arriving as President Joe Biden seeks to build on the law’s coverage provisions. It’s also the final blow to former President Donald Trump’s pledge to rip up his predecessor’s signature health care law, after his administration had supported the red states who brought the lawsuit.

“With millions of people relying on the Affordable Care Act for coverage, it remains, as ever, a BFD. And it’s here to stay,” Biden wrote on Twitter, invoking his profane hot-mic comment at a signing ceremony for the law in March 2010.

The opinion by Justice Stephen Breyer was joined by the court’s two other liberal justices and all but two conservatives, including Trump appointees Brett Kavanaugh and Amy Coney Barrett. By finding that the red states and individual plaintiffs couldn’t contest a change to the law, the conservative justices were essentially shielded from grappling with larger questions about whether Obamacare was no longer constitutional.

“[W]e conclude that the plaintiffs in this suit failed to show a concrete, particularized injury fairly traceable to the defendants’ conduct in enforcing the specific statutory provision they attack as unconstitutional,” Breyer wrote.

Justice Clarence Thomas in a concurring opinion agreed, adding: “Although this Court has erred twice before in cases involving the Affordable Care Act, it does not err today.”

The red states challenging the law, led by Texas, argued that Obamacare’s so-called individual mandate became unconstitutional after Congress zeroed out the law’s penalty for not having health insurance in a 2017 tax cut package. They said the entire law should fall because the mandate to purchase insurance, which remains on the books, was central to the law’s functioning.

However, the states failed to show how they were hurt by a mandate that had been rendered ineffective, the Supreme Court said.

The battle over the lawsuit dragged on for over three years, after many legal experts and politicians had originally dismissed it as a longshot. But it gained traction with Republican-appointed judges in lower courts and played a major part in shaping Trump’s presidency. Democrats attacked Trump and Republicans down the ballot for threatening health insurance to over 20 million people and popular insurance protections, putting Trump on the defensive over his failure to produce a long-promised health care plan.

The health care law has now survived all three of its major challenges before the Supreme Court since its enactment in 2010, and the newest ruling spares Congress from a challenging mission to shore up health coverage for millions during the coronavirus pandemic. Biden has pledged to expand upon Obamacare, though his most ambitious plans will face resistance from Republican lawmakers who still criticize the law — even if they’re no longer eager to highlight their opposition after their repeal effort backfired years ago.

The law appeared to be in greater peril this fall when Republicans quickly filled the late Justice Ruth Bader Ginsburg’s seat with Barrett, giving conservatives a 6-3 majority on the bench. However, Barrett’s vote to dismiss the case didn’t come as a surprise after oral arguments, when she questioned whether the red states had a case.

The law’s defense was organized by a group of blue state officials, originally led by former California Attorney General Xavier Becerra, who is now Biden’s health secretary. The Democratic-led House of Representatives also defended the law, and the Biden-led Department of Justice earlier this year reversed the government’s position by urging the Supreme Court to uphold Obamacare.

The justices debated the case in November, one week after a presidential election that was partly fought over Obamacare’s future. They spent the bulk of arguments, conducted over telephone because of the pandemic, homing in on the red states’ standing to bring the case, teeing up Thursday’s ruling that wiped away the lawsuit on a legal technicality.

But even if the court had agreed the red states could challenge Obamacare and that the individual mandate was now unconstitutional, the majority of justices during oral arguments appeared reluctant to strike down other parts of the law. Two conservatives, Chief Justice John Roberts and Kavanaugh, suggested that the mandate could be easily severed from the law without affecting its remaining provisions. Congress also appeared to agree when it axed just the mandate penalty, Roberts said.

“I think it’s hard for you to argue that Congress intended the entire act to fall if the mandate were struck down when the same Congress that lowered the penalty to zero did not even try to repeal the rest of the act,” Roberts told a lawyer arguing the case for Texas. “I think, frankly, that they wanted the court to do that. But that’s not our job.”

Ultimately, the justices punted on the key question of “severability,” or whether the entire law had to fall if one portion was deemed unconstitutional.

In a dissent, Justices Samuel Alito and Neil Gorsuch ultimately concluded that the disputed provisions of the law are not severable from the individual mandate and said they would have struck down all of them.

“I conclude that those provisions are inextricably linked to the individual mandate and that the States have therefore demonstrated on the merits that those other provisions cannot be enforced against them,” Alito wrote.

The George W. Bush appointee also offered a snarky critique of the high court’s series of decisions not to disturb Obamacare, suggesting that the court’s liberals and even its more moderate conservative members were being driven by a desired outcome rather than the law.

“No one can fail to be impressed by the lengths to which this Court has been willing to go to defend the ACA against all threats,” Alito wrote. “A penalty is a tax. The United States is a State. And 18 States who bear costly burdens under the ACA cannot even get a foot in the door to raise a constitutional challenge.”