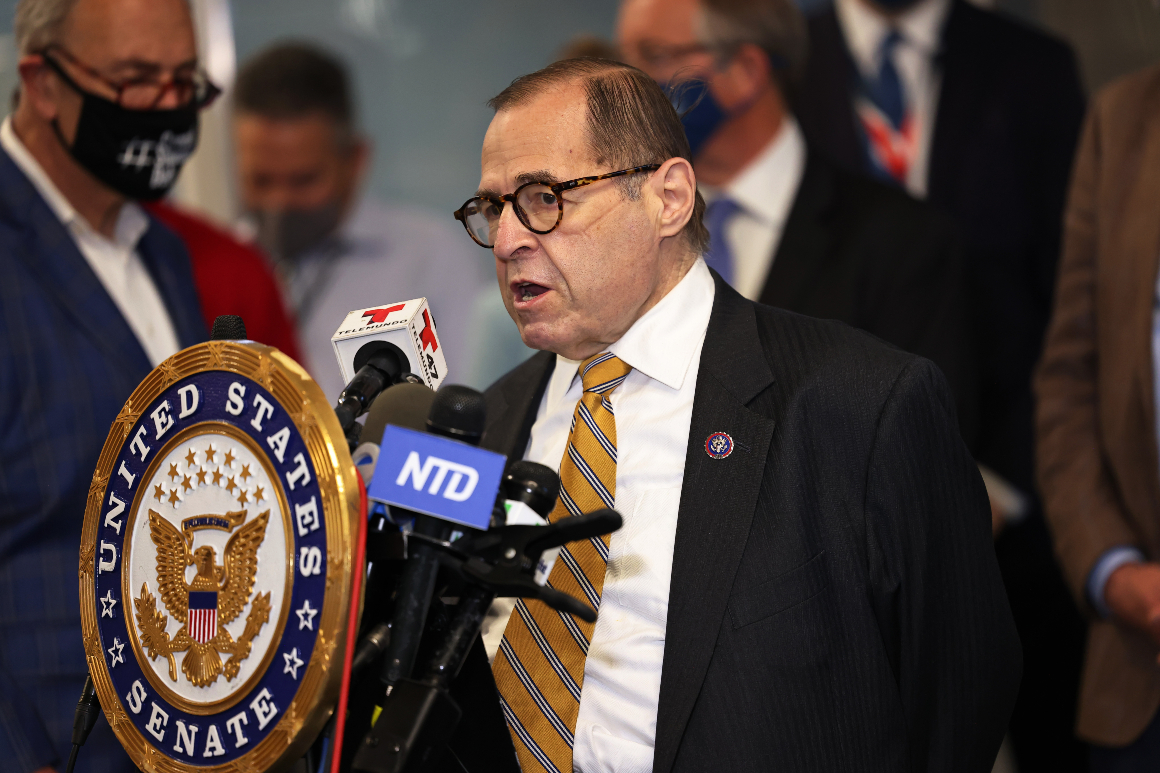 A federal judge’s rejection of a major lawsuit against Facebook gave Silicon Valley’s critics one reason for hope: They say it perfectly illustrates the urgency for Congress to rewrite the nation’s antitrust laws.

U.S. District Judge James Boasberg said Monday that the Federal Trade Commission’s antitrust complaint failed to show that the world’s largest social network — with 2.7 billion members and a market value exceeding the GDPs of all but 16 countries — is a monopoly.

The ruling left the FTC and a coalition of nearly every state’s attorneys general with a month to revise their cases to pass muster with Boasberg, an appointee of former President Barack Obama. But it also fueled quick calls for action by tech industry critics from both parties in Congress, who called it further evidence that existing antitrust laws don’t deter the online industry’s behemoths from unfairly quashing competitors.

“This decision underscores the dire need to modernize our antitrust laws to address anticompetitive mergers and abusive conduct in the digital economy,” House Judiciary Chair Jerry Nadler (D-N.Y.) and antitrust subcommittee Chair David Cicilline (D-R.I.) said in a statement Monday, four days after the committee passed a package of bills aimed at reining in the big tech companies. “As the FTC and 48 State Attorneys General have alleged, Facebook is a monopolist, and it has abused its monopoly power to buy or bury its competitive threats.”

The ruling “shows that antitrust reform is urgently needed,” said Colorado Rep. Ken Buck, the top Republican on Cicilline’s panel and the co-sponsor of legislation to make it easier for the FTC and the Justice Department to break up Facebook, Google, Apple and Amazon.

For now, Monday’s court decision presents a major setback to the tech antitrust crusade that had been building strength in Washington and in almost every state capital. The FTC filed its suit against Facebook in December, seeking a breakup of the company’s alleged social media monopoly, two months after the Justice Department had filed an antitrust case against Google.

President Joe Biden raised expectations this month for even more aggressive action from the FTC by naming Lina Khan, a progressive advocate of tougher antitrust enforcement against Amazon, as the agency’s chair.

But Boasberg’s ruling adds to questions about what results Khan and the FTC’s new Democratic majority can actually deliver, given the federal courts’ general skepticism toward some aggressive theories about antitrust enforcement.

In particular, the judge faulted the agency’s assertion that Facebook controls 60 percent of the market for social networking services. Boasberg said FTC and state prosecutors were “non-committal” about Facebook’s market share and didn’t offer any examples of competitors beyond defunct and largely unused services like Path, MySpace and Friendster.

“It is almost as if the agency expects the Court to simply nod to the conventional wisdom that Facebook is a monopolist,” Boasberg wrote.

Facebook has said it isn’t a monopoly because it faces competition from many other platforms that let users interact or send messages. Those include Google’s YouTube, Apple’s iMessage, and other social networking sites like Snapchat, Twitter, LinkedIn and TikTok.

Facebook praised the decision for recognizing the “defects” in the government suits.

“We compete fairly every day to earn people’s time and attention and will continue to deliver great products for the people and businesses that use our services,” said company spokesperson Christopher Sgro.

The decision is a “setback” but not the end for the FTC’s case against Facebook, said Charlotte Slaiman of tech advocacy group Public Knowledge. The judge gave the FTC until the end of July to file an updated version of its complaint with additional details that address his concerns.

The agency could also opt to abandon Boasberg’s court altogether and file a complaint in its in-house court — an option the FTC’s commissioners considered last year before deciding to move forward in federal court alongside the states. But that process could take even longer than federal court litigation.

FTC Commissioner Rebecca Kelly Slaughter — who served as acting chair of the agency from January until earlier this month and voted in favor of the Facebook case — acknowledged at a June event that the agency “may run into walls in the courts” as it tries to take on more high-profile antitrust cases.

“If the courts don’t like it, that’s a good argument to our legislators to say this is a problem with the law, not a lack of will at the agency or a lack of understanding with markets,” Slaughter said.

That creates even more incentive for Congress to step in, antitrust supporters said after the ruling.

“The dismissal of the FTC’s case against Facebook only highlights the need for Congress to act,” said New York Rep. Hakeem Jeffries, a progressive Democrat and lead sponsor on a bill (H.R. 3826 (117)) that would limit the tech giants’ ability to buy up potential rivals. That legislation is aimed at preventing transactions like Facebook’s purchases of Instagram and WhatsApp.

Those bills, however, face a tough road to enactment given opposition from both moderate Democrats and some Republicans, especially lawmakers from Silicon Valley’s home state of California. House Minority Leader Kevin McCarthy and Ohio Rep. Jim Jordan, the top GOP member on House Judiciary, both oppose the legislation, instead supporting proposals to fast-track antitrust cases to the Supreme Court.

Senate Judiciary antitrust subcommittee Chair Amy Klobuchar (D-Minn.) said the FTC should “should do everything possible” to continue pursuing an antitrust case against Facebook. But she said the decision also shows why the agency needs stronger tools from Congress.

“After decades of binding Supreme Court decisions that have weakened our antitrust policies, we cannot rely on our courts to keep our markets competitive, open and fair,” she said.

Sen. Richard Blumenthal (D-Conn.) — a former state attorney general before he joined the Senate — said the decision “shows just how broken our antitrust laws are.”

Stacy Mitchell, co-director of the small business advocacy group Institute for Local Self-Reliance, noted that Boasberg is one of a long line of judges to express skepticism about antitrust enforcement. Federal prosecutors’ string of unsuccessful cases in the recent past have included the Trump administration’s bid to stop AT&T from buying Time Warner and two FTC antitrust suits against Qualcomm and contact lens retailer 1-800-Contacts.

“The courts have a deeply ingrained affinity for concentrated private power and a reflexive impulse to dismiss challenges to it,” said Mitchell, a prominent Amazon critic who has pushed for congressional antitrust changes. That’s why, she said, the antitrust bills are needed.

Other advocacy groups also said Congress should take steps to rein in judges, who they say have looked too favorably on problematic conduct by big companies.

Congress “must minimize the discretion afforded to the courts, as decades of troubling jurisprudence based on existing law have normalized inaction,” said David Segal, the executive director of left-leaning digital rights group Demand Progress.