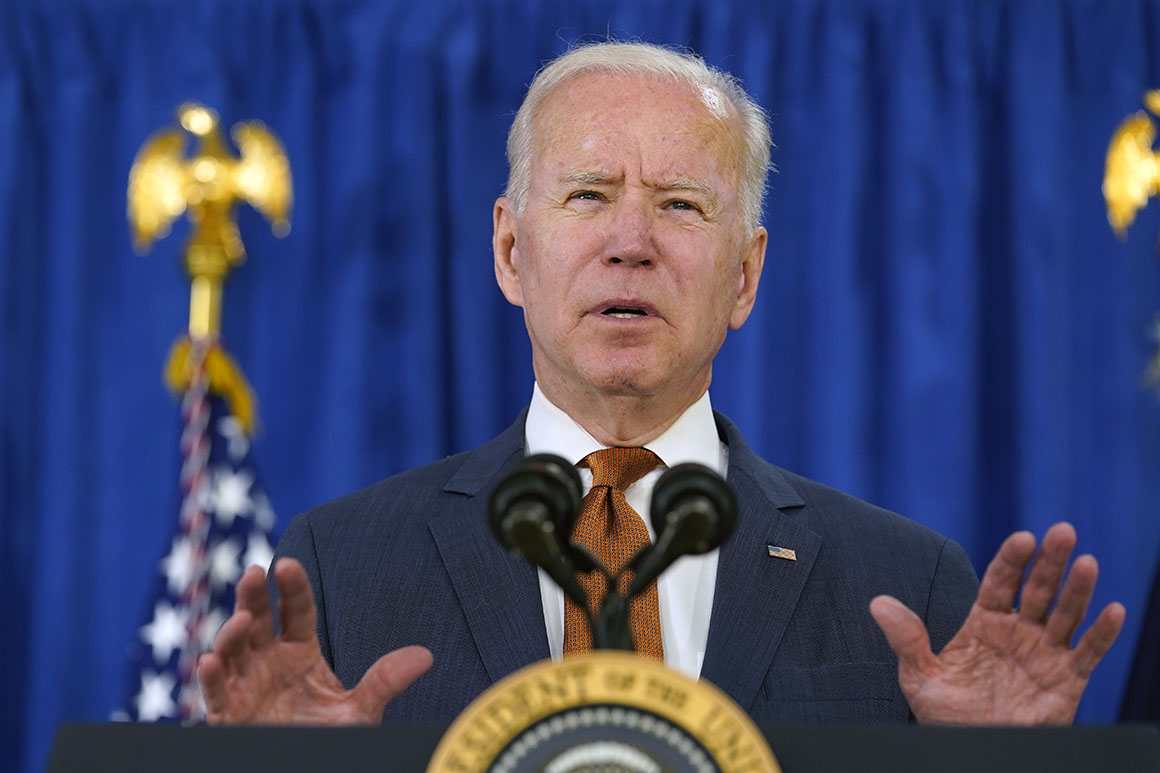 The esteemed journalists at that publication must have missed the August 2016 story in The Atlantic that laid out four components of then-Vice President Joe Biden’s foreign policy views (and was headlined, conveniently, “The Biden Doctrine”). They also must have missed the October 2012 essay on Biden’s views in Foreign Policy (also conveniently headlined “The Biden Doctrine”).

In all fairness, it’s not just New York magazine that’s searching for this ever-elusive, unless it’s-totally-right-there, except what-does-it-really-even-mean and does-it-even-matter Biden doctrine. Just Google “Biden doctrine” and you’ll find half the Washington establishment struggling to define it.

This news organization is no exception. When POLITICO’s Playbook team recently published a newsletter titled “The Biden Doctrine,” among those surprised was this reporter, whose first thought was: “Wait. What? They figured it out?”

Biden has been president for less than five months. And yet, as he prepares to go on his first presidential overseas trip — to Europe later this week — the race to understand his doctrine looks ready to kick into a higher gear.

It seems fair to ask, then: Why is it necessary to define a president’s foreign policy “doctrine” at all? Isn’t dealing with some 200 countries, not to mention transnational threats like climate change and terrorism, complicated enough to defy easy summarization? Why do pundits try so hard to impose order on the messy reality of governing?

Maybe. Doctrine-hunting amounts to a full-time employment program for the community of foreign policy watchers in and around Washington. Analysts and historians have long sought to divine and distill presidents’ guiding principles of foreign policy into their pithy, memorable essence.

Credit for the doctrine craze usually goes to former President James Monroe, who declared in 1823 that Europe should stop trying to colonize countries in the Western Hemisphere — leaving them more open for U.S. influence and trade. Many years later, former President Harry S. Truman’s doctrine proclaimed that the U.S. would devote resources to fending off communism and other authoritarian forces around the globe.

Former President Richard Nixon’s doctrine called for the fight against communism in Asia to be led primarily by Indigenous forces, not U.S. troops. George W. Bush’s doctrine is said to have evolved from waging preemptive war against U.S. enemies to promoting democracy around the world. Former President Donald Trump’s doctrine, meanwhile, revolved around an “America first” philosophy that shunned even some U.S. allies.

Sometimes there are lingering debates as to whether a president really had a doctrine; such was the case with former President Bill Clinton.

Former President Barack Obama’s foreign policy views were supposedly summed up in a massive April 2016 story in The Atlantic headlined, you guessed it, “The Obama Doctrine.”

Based on the article, you could say the former president’s doctrine was a complex set of views on everything from the prudent use of military force to the need to step back from the Middle East to the virtue of reminding allies to carry their fair share of the global burden. You also could say it came down to Obama’s infamous private comment: “Don’t do stupid shit.”

Reading the literature on presidential doctrines risks being bewildered by how to even define “doctrine.” Is it a policy, an agenda, a goal, or a principle? Is it a strategy or a philosophy? A theory? Must it be captured in a simple slogan? Or does it require lists and charts and bullet points? Is a president allowed to have more than one doctrine?

“The doctrine conversation gives the veneer of intellectual heft to a conversation among what are mostly just bullshitters aiming to make it in the pages of history or at least the op-eds,” said John Gans, a foreign policy analyst who has written a history of the National Security Council.

Often, world leaders are simply reacting to the demands of the moment, and making it up as they go along. Supposedly, when asked what shaped his government’s actions, Harold Macmillan, the prime minister who led Britain during the 1962 Cuban missile crisis, is said to have responded, “Events, dear boy, events.”

The quest to define the Biden doctrine — a charge led by think tankers, academics and journalists with a love for punchy headlines — is unusually complicated because Biden has been in the public eye for so long. For many of those nearly 50 years, he’s been a major player on foreign policy, including as chair of the Senate Foreign Relations Committee. That’s led people to ascribe doctrines to him even when he wasn’t president.

But his foreign policy views — or doctrines credited to him — have never been entirely static, in part because America’s relations with other countries are constantly shifting. Take China: When Biden first entered the Senate, in 1973, the United States was pursuing a normal diplomatic relationship with Beijing; today, U.S. relations with China seem headed for confrontation.

One database search tracked the term “Biden doctrine” as far back as a June 2001 Salon article. In that case, though, the writer — Jake Tapper, now a CNN host — used the term to sum up Biden’s explanation of why he didn’t hammer George W. Bush for a gaffe on Taiwan. (So presumably it was a doctrine of restraint?)

In the years since, the “Biden doctrine” has been used to describe his views on both macro and micro matters.

According to The Jerusalem Post, for instance, Biden described his doctrine to a Zionist Organization of America event in 2001 as allowing Israel to decide its own fate without outside interference. Nearly a decade later, the ZOA declared that Biden had violated his doctrine when he publicly criticized Israel for its plans to build settlements in areas claimed by Palestinians.

In 2007, when he was running for president, Biden, in response to a debate question, described his doctrine as: “Clarity,” and “Prevention, not preemption,” a dig at outgoing President Bush’s invasion of Iraq.

Conservative commentators have been among those most eager to define the Biden doctrine. An October 2008 Washington Times op-ed, helpfully titled “The Biden Doctrine,” described it as “gut the military, appease aggressors, and then pray anxiously for lightning to preserve world peace!”

Roughly three months ago, a different (and somewhat more generous) commentator in The Washington Times argued that China is increasingly threatening Taiwan’s democracy but that “a Biden doctrine on China has yet to be articulated.”

That runs counter to foreign policy analyst Thomas Wright’s belief that the Biden doctrine already is coming into focus and that China has a lot to do with it. The way Wright sees it, Biden’s guiding light is the idea that America and its allies must strengthen and defend democracy, especially against Chinese-style authoritarianism.

“I don’t think you need a doctrine, but if the president has something that is a driving principle behind their actions, that’s significant,” Wright said.

In a weekend op-ed in The Washington Post, Biden provided some evidence for Wright’s perspective, framing his trip to Europe as being “about realizing America’s renewed commitment to our allies and partners, and demonstrating the capacity of democracies to both meet the challenges and deter the threats of this new age.”

Traditionally, the doctrine debate has been about foreign — not domestic — policy, but Biden is complicating that framing.

During his 2020 presidential run and since taking office, he and his aides have said that they don’t see much difference between the two spheres anymore. The Biden administration is pushing the idea that strengthening America domestically — its infrastructure and its middle class, for one — is part and parcel of its foreign policy.

That, however, raises the question of whether it’s possible to do everything Biden wants to do. Hence the piece “Biden’s Everything Doctrine” in Foreign Affairs, which suggested that Biden will eventually have to pick and choose.

So what exactly is the Biden doctrine? If we don’t know already, will we ever know? Will we ever agree?

You’d think that you could find a clue in Wikipedia. But the forces behind the online encyclopedia are perhaps a bit wiser than many in the Washington intellectual set.

As of this writing, the Biden section of the Wikipedia entry on “United States presidential doctrines” remains empty.