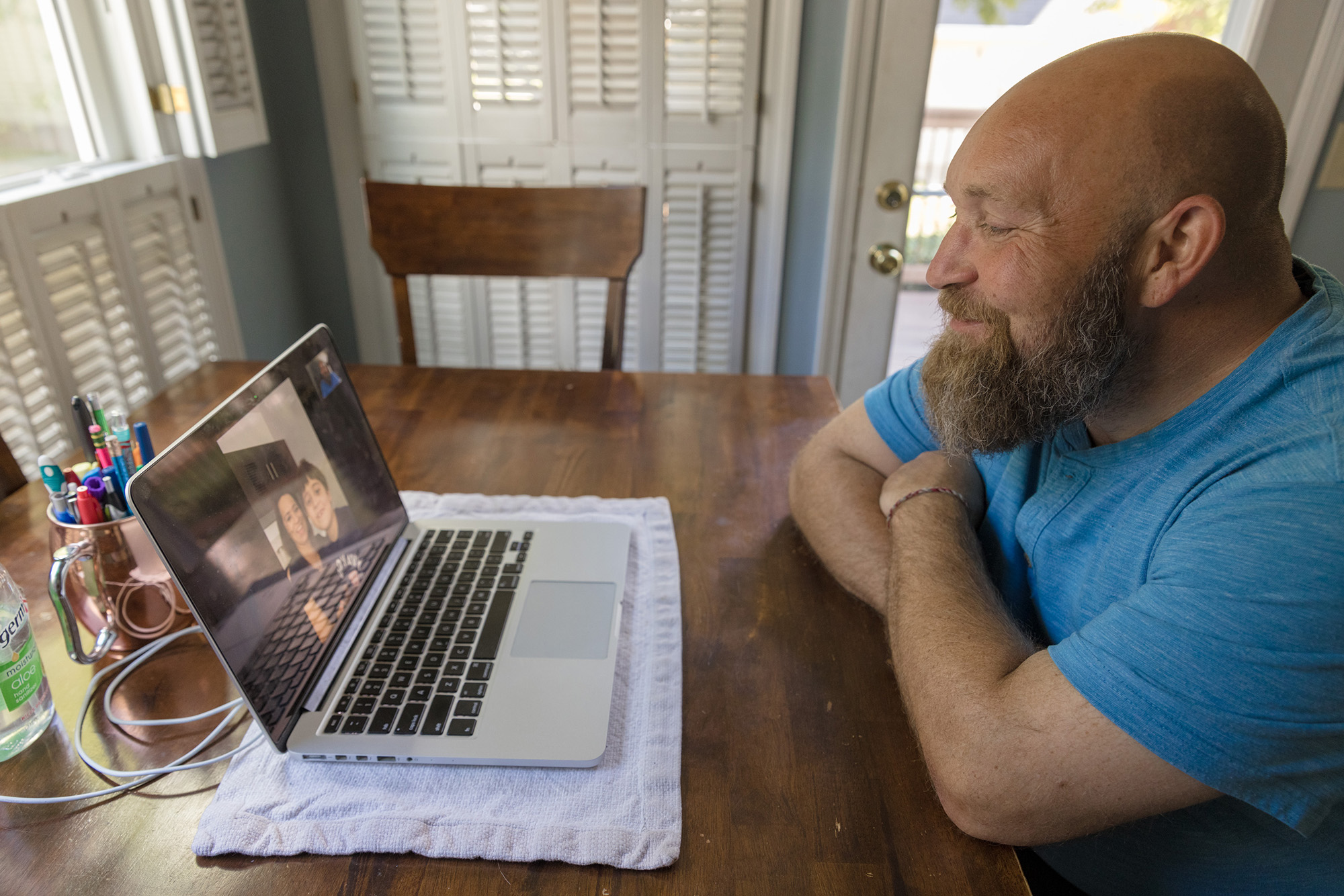 Jason Rochester tried everything he could to persuade the Trump administration to allow his wife Cecilia, who is Mexican, to come back to their home in the United States.

A truck driver from Georgia, Rochester wanted to fix his wife’s undocumented immigration status and put her on track to become an American citizen, like him and their son Ashton, now 8. They even agreed that she would leave for Mexico voluntarily in 2018, expecting she would soon be permitted to re-enter the country with legal papers.

They were wrong. Even when Ashton went through a year of treatment for kidney cancer, Trump administration officials did not relent, finding no compelling reason to let his mother in. Rochester stopped pleading.

Now, based on encouraging moves by President Joe Biden in a handful of deportations, Rochester is preparing a new application to try again. 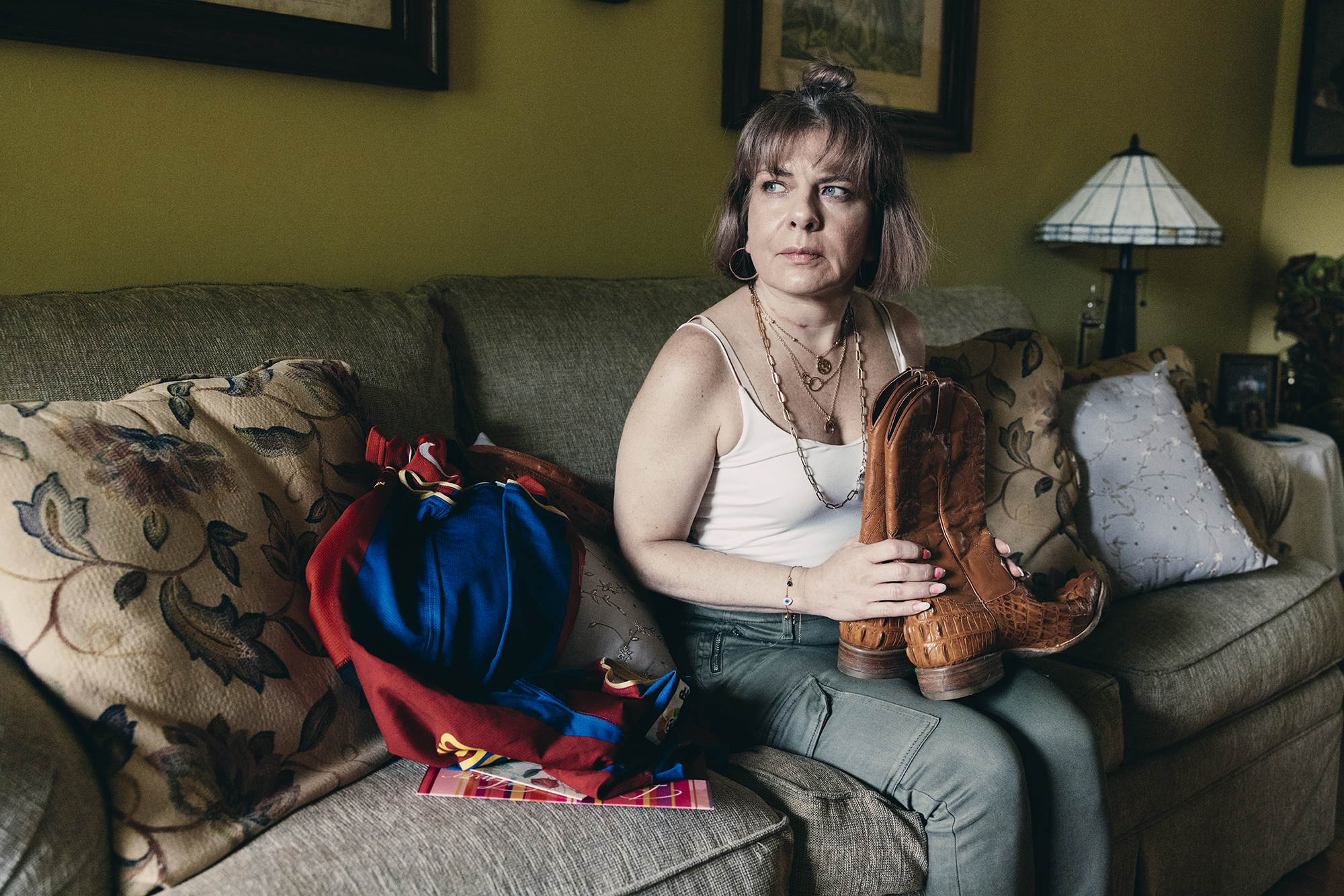 That’s because the Biden administration, with little public fanfare, is working on plans for an organized review of thousands of cases of people who say they were unjustly deported in recent years, senior officials in charge of immigration said.

The officials say that many deportations, especially under Trump, were unduly harsh, with little law enforcement benefit. They are working to devise a system to reconsider cases of immigrants who were removed despite strong ties to the United States.

Legal scholars said a process that resulted in returns of significant numbers of deported people would be highly unusual in American immigration law. Until now, undoing deportations has generally required arduous legal battles in exceptional cases, and returns have been infrequent.

The Department of Homeland Security “is committed to reviewing the cases of individuals whose removals under the prior administration failed to live up to our highest values,” said Marsha Espinosa, a spokeswoman for the agency. She confirmed officials are developing “a rigorous, systematic approach” to conduct the reviews and “an orderly process” for deported people to present their claims.

They would include military families and veterans — a few returns of military relatives have already been completed — and young immigrants who were excluded from protections under the program known as DACA as a result of Trump’s efforts to cancel it. Officials also plan to examine claims of people who say they were deported in retaliation for fighting their removals or publicly protesting immigration policies.

The administration may consider a much larger group of immigrants who — like Cecilia González Carmona, Rochester’s wife — have spouses, children or other close relatives who are American citizens and can show their families were severely harmed by the deportation of a parent or breadwinner.

The reviews will proceed on a painstaking case-by case basis, officials said. At least initially, only a very small fraction — perhaps thousands — of more than 900,000 formal deportations under Trump could be reversed. But eventually, if the review system is effective, many more people could apply.

Hints of the administration’s plans, which emerged as a few initial returns have been carried out, have mobilized Jason Rochester, who introduces himself as “A Desperate Father” in emails he sends to anyone who will listen. His family’s efforts to get his wife right with immigration law, he says, all went terribly wrong. 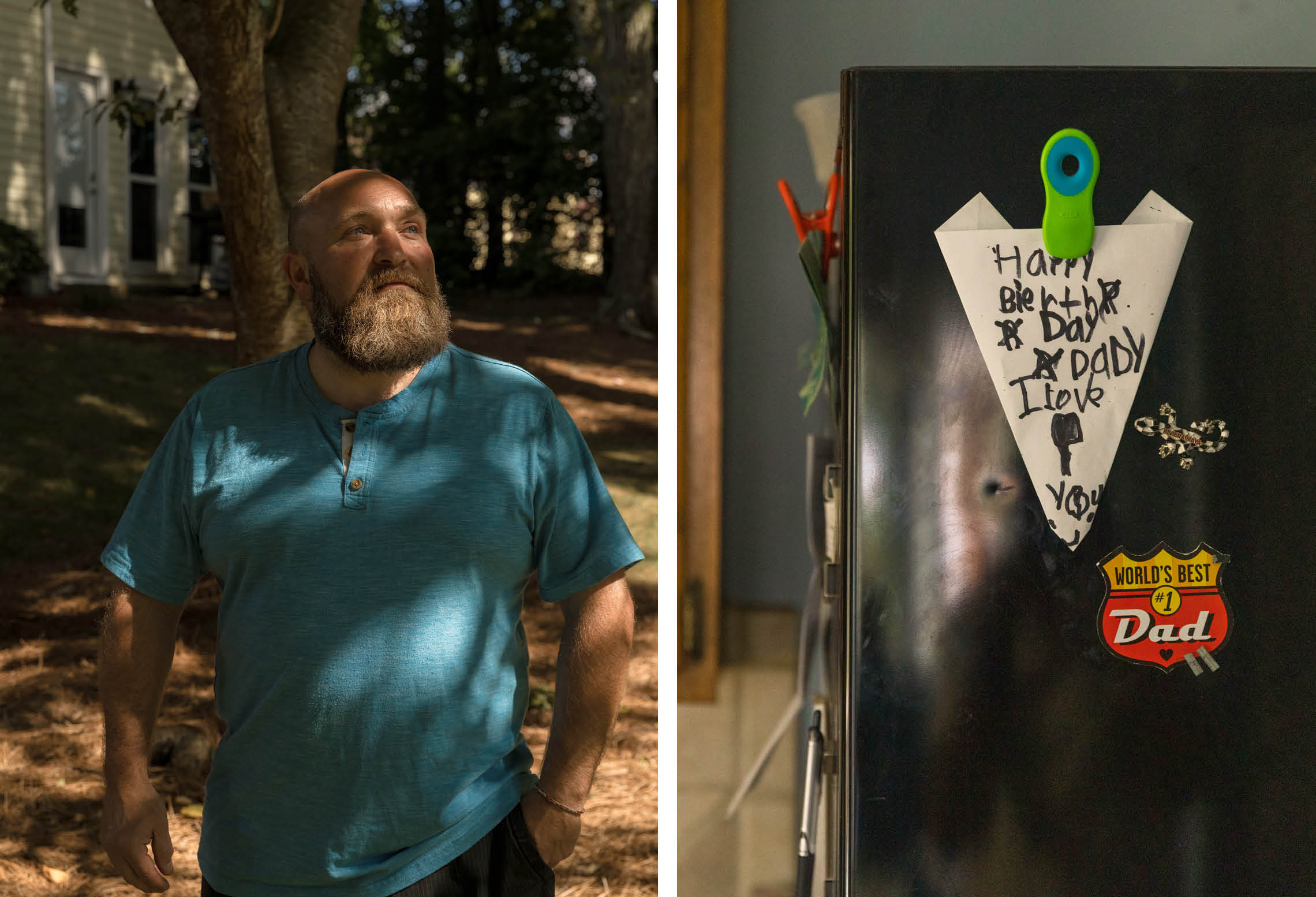 Rochester, who drives a tractor-trailer for UPS, had voted for Trump in 2016. He says he liked Trump’s law-and-order message, and he never imagined that his wife, a stay-at-home mother with no criminal record, would be treated as one of the bad immigrants Trump vowed to remove. But he and his wife grew increasingly wary as Trump decreed that any undocumented immigrant could be deported and immigration agents became more aggressive. González Carmona had crossed the border without papers nearly two decades earlier. Based on poor advice from a lawyer, Rochester said, she decided to stay ahead of the authorities by agreeing to leave for Mexico on her own, believing she would have a quick turnaround back to the United States.

Not long after she left, a new lawyer they hired to handle González Carmona’s return discovered an old record of a formal deportation she was unaware of, when she had been caught and expelled at the border 18 years earlier, at the peak of a huge migrant influx under President Clinton. By long-standing law, she was barred from entering the United States for 10 years.

Six months after she departed in 2018, 5-year-old Ashton was diagnosed with cancer. He had a kidney removed and underwent 10 months of radiation and chemotherapy. González Carmona was stranded in Mérida, in southeastern Mexico. The family photos from that time are of Ashton, bone-thin and attached to a tangle of tubes in a hospital bed, with Rochester holding up a mobile tablet and his wife watching their son from afar.

She asked the Trump administration for an emergency permission, known as a humanitarian parole, to return to care for Ashton. On Aug. 31, 2018, an immigration official informed her in writing that there were no “urgent humanitarian reasons or significant public benefit” to grant her request.

“I can’t stand to think about the things Ashton used to ask me when he was sick, why she wasn’t there,” Rochester said.

Ashton’s cancer has not reappeared, and his father says he understands better now that González Carmona “made a mistake” that prevents her from being with them. As U.S. citizens, father and son can travel to Mexico, and have done so a few times a year to see her.

Yet Rochester says he and his son are the ones being punished. “We’re citizens,” he said, “and we have to choose between our wife and mother or our country.”

Rochester and his wife are preparing a new request for a humanitarian parole. Federal officials have broad powers to grant those paroles, which allow foreigners into the country for a short time, without providing any immigration status. A task force Biden set up to reunite families that were separated at the southwest border under Trump’s zero tolerance policy is issuing paroles to bring parents in to rejoin their children. Administration officials said the task force is a testing ground for a broader use of paroles to reunify more families of immigrants who were deported.

Since several federal agencies are involved, the work to organize the review process is slow going, officials said, and no deadline for announcements has been set. But the goal is clear: “We’re eager to bring people back in who shouldn’t have been removed in the first place,” said a senior immigration official involved in the planning, who was not authorized to speak publicly about ongoing discussions.

To date the administration’s highest priority have been military families and veterans, after Biden made promises to help them during his campaign last year. Espinosa, the Homeland Security spokeswoman, said her agency is also working to create easier pathways to naturalization — the process to gain U.S. citizenship — for those families. While estimates are inexact, officials say at least 11,800 active-duty service members have close relatives facing deportation, and hundreds of veterans have been expelled.

The administration already made good on Biden’s promise in one prominent case. On May 8, Alejandra Juarez, a Mexican woman who had been forced to leave in 2018, was reunited with her family near Orlando, Fla. Her husband, Temo Juarez, served in the Marines and is an Iraq combat veteran, and he and their two daughters are American citizens. Juarez benefited from years of advocacy by her congressman, Rep. Darren Soto of Florida, a Democrat, and a star turn by her daughter Estela, then 11, at the Democratic National Convention last year.

In a letter on June 9, more than 80 immigrants’ rights organizations urged Homeland Security Secretary Alejandro Mayorkas to create a centralized review office for veterans and other groups. Advocates have likened their proposal to the recent efforts to overturn and make amends for wrongful convictions in the criminal justice system.

“We are not asking for special treatment,” said Nayna Gupta, a lawyer at the National Immigrant Justice Center who is leading the push for deportation reviews. “It’s just making the law do what it was intended to do.”

In addition to paroles, officials are looking at reopening deportation cases in court to give immigrants another chance and offering waivers to remove obstacles blocking immigrants from obtaining legal green cards through family members. With Biden already facing accusations from Republicans that he is letting in swarms of criminals at the southwest border, senior officials are anticipating intense opposition, and they are working to armor the review process, which they say draws on well-established executive branch authorities, against legal challenges.

Mayorkas has directed officials to closely examine claims of immigrants who said they were deported as punishment for political activity. “Retaliation in response to the constitutionally protected right of speech, that is just unacceptable,” Mayorkas said at a conference at the University of California, Los Angeles law school in April.

Claudio Rojas, who is from Argentina, was deported by immigration agents under Trump in 2019 shortly after a film premiered at the Sundance Film Festival that depicted the audacious resistance he had helped to organize years earlier inside an immigration detention center in south Florida. Filmmakers have rallied to press for Rojas’s return.

A question for Biden administration officials is whether they will also extend opportunities for return to people who were deported under Obama, when Biden was vice-president and Obama was lambasted by activists as “the deporter-in-chief.” 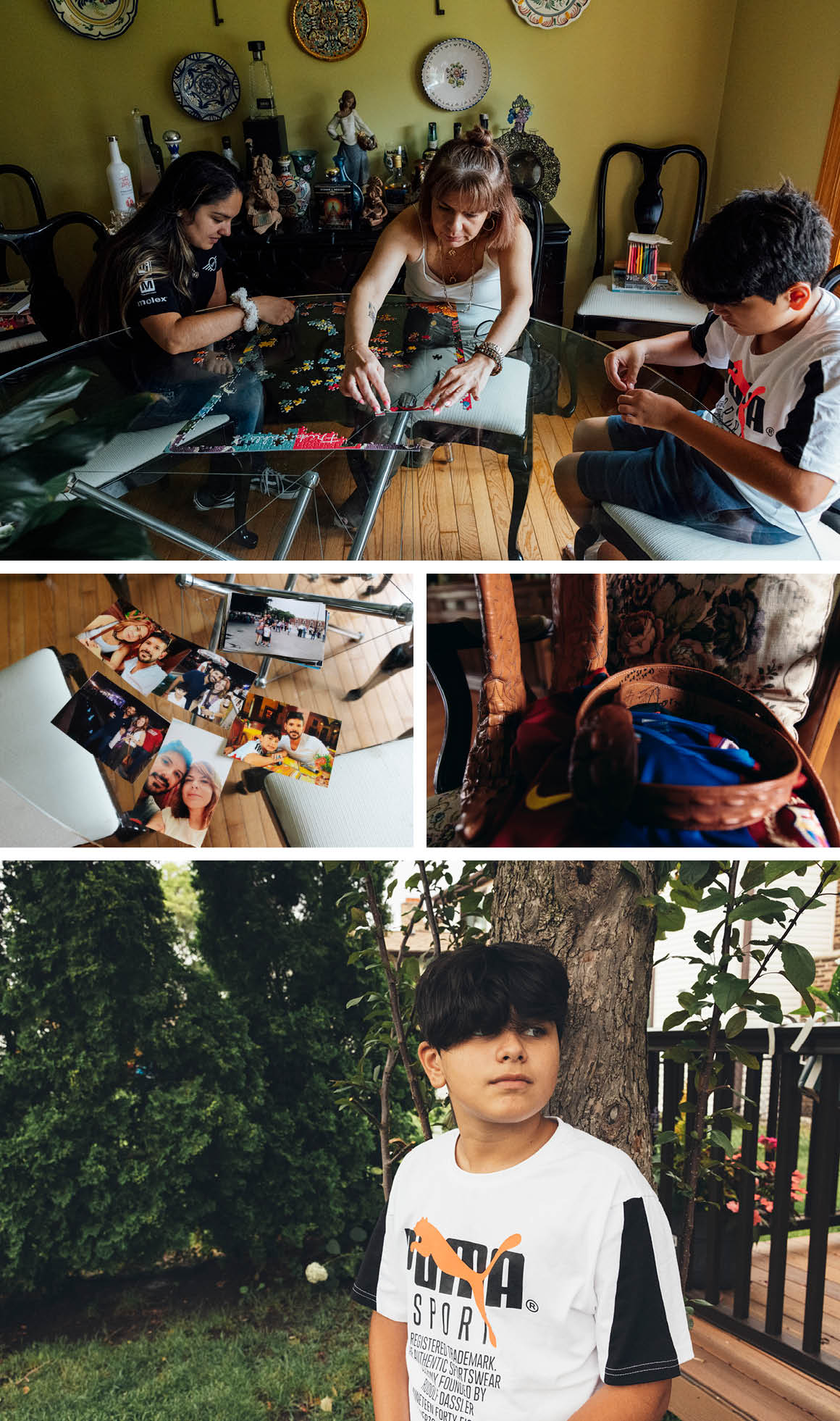 Maria Paz Perez wants to find out. Her husband, Brigido Isidro Acosta, was deported in 2013, rousted by immigration agents from their living room in a Chicago suburb while he was carving a Halloween pumpkin with their 3-year-old son.

Acosta’s immigration problems dated back to an encounter 11 years earlier in Dallas-Fort Worth airport with a customs official who, suspicious at seeing a young Mexican man traveling alone, decided to keep him out of the United States. Acosta had a valid tourist visa and was coming to visit his mother in Illinois.

After he was strip-searched and subjected to hours of interrogation, he says, Acosta agreed to go back to Mexico. Apparently out of spite, the official stamped a deportation record into his passport, making it impossible for Acosta to return legally for 10 years.

Five years later Acosta came back illegally, settling near his mother in Illinois. Together with Perez, an American citizen, he started a family, with two American children, and a car insurance business. But in one of Obama’s frequent immigration dragnets, agents tracked him down.

After her husband’s deportation their business failed, and Perez lost her home and was forced to move in with her parents. Their son Xavier, now 11, has not stopped longing for his father. “He’s never really understood,” Perez said, “because how do you understand that your father was there one day and gone the next?” 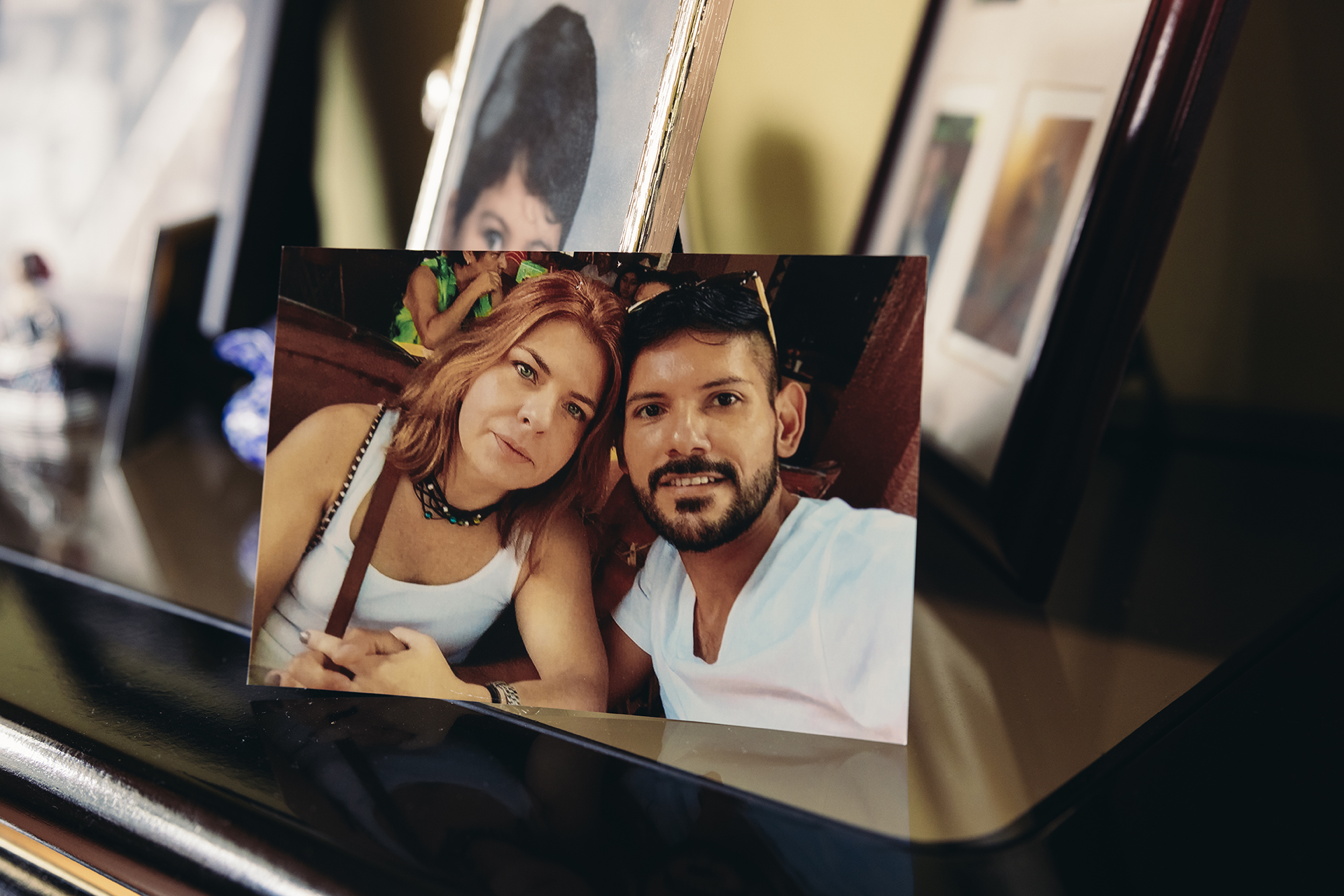 Then came cascading medical crises that Perez has confronted without her husband at hand. In January 2020, she had surgery to remove a brain tumor, uncertain if she would emerge alive to care for their children. The tumor was benign. Then, Perez’s father passed away of Covid-19 in October. In February, Acosta’s mother was diagnosed with advanced pancreatic cancer. In May, Perez had another surgery, this time to correct an agonizing spinal condition.

The family is weighing a new appeal to the Biden administration for fast-track permission to let Acosta back in.

“With my heart in my hand, I can tell you that if I could make it back before my mom passes away, that would be the best,” Acosta said by phone from Mexico. “I would just like to do our family’s life together on a daily basis, the same way we had before. Because we had a team back then.”