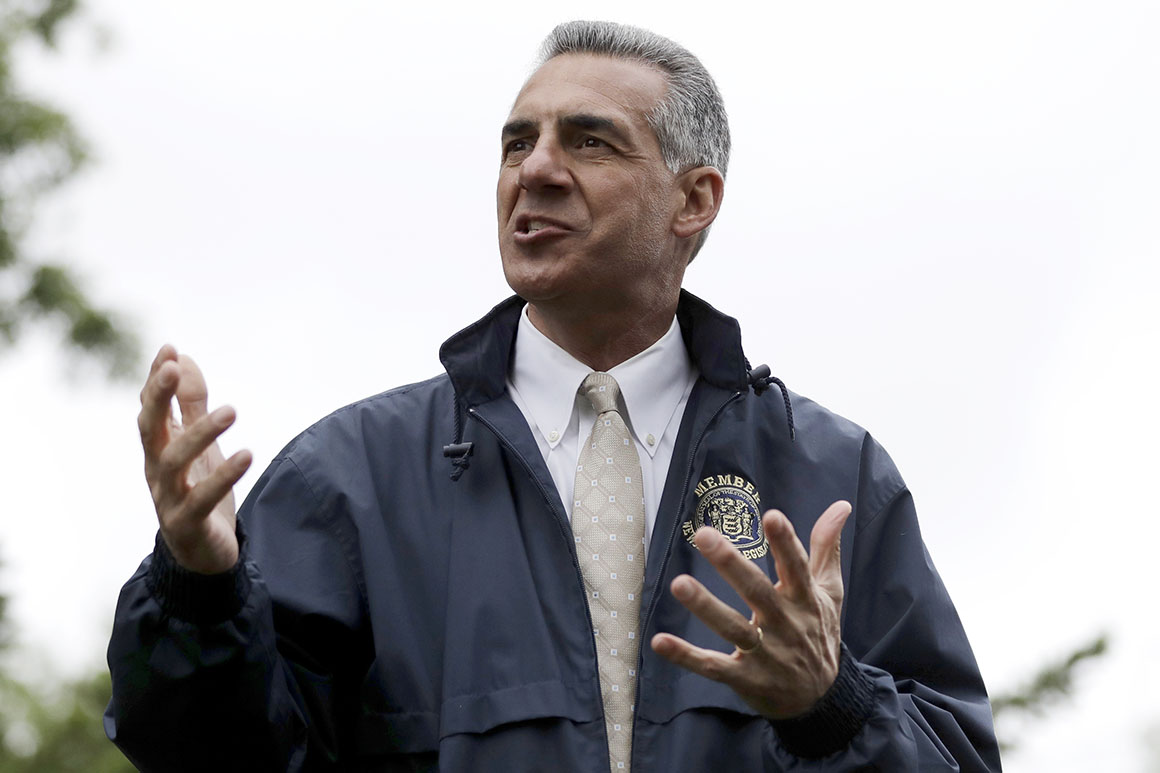 Jack Ciattarelli, a three-term former member of the New Jersey General Assembly who was backed by the state’s GOP establishment, defeated three other Republicans — two of whom centered their campaigns around loyalty to the former president — to win his party’s gubernatorial nomination. The selection of Ciattarelli in heavily Democratic New Jersey bucks a national trend of Republicans supporting candidates linked to the former president.

In his victory speech, delivered shortly after 10 p.m., Ciattarelli didn’t mention Trump — instead name checking Abraham Lincoln. “The fact is, I’m an Abraham Lincoln Republican — one who believes in tolerance, mutual respect and the power and beauty of diversity,” he said.

Ciattarelli’s victory is likely a relief to the more moderate members of New Jersey’s GOP establishment who watched their already-minority party lose ground during Trump’s presidency as some once-solid Republican areas, including Ciattarelli’s home county of Somerset, in Central Jersey, shifted Democratic. It also gives New Jersey Republicans a standard-bearer who more closely resembles Republicans who have won statewide elections in the past.

New Jersey is the only state with an incumbent governor on the ballot this year. Murphy, who is seeking a second term, ran unopposed in the Democratic primary.

Ciattarelli is facing long odds in his quest to defeat Murphy, an unabashed progressive whose popularity shot up when the coroanvirus pandemic ravaged the state. According to polls released this week, Murphy heads into the general election campaign with a 55 percent approval rating and a commanding 52 percent to 26 percent lead over Ciattarelli in a state that has about a million more registered Democrats than Republicans.

Still, Ciattarelli remains undeterred about his chances in November. New Jersey hasn’t reelected a Democratic governor since Brendan Byrne in 1977, as residents have shown a willingness to vote for Republicans for state offices while voting Democratic in federal statewide elections.

“In four decades, no incumbent Democratic governor of New Jersey has been reelected. Not Jim Florio, not Jim McGreevey, not Jon Corzine. Guys, the same goes for Phil Murphy. He’s one and done in 21,” Ciattarelli said during his victory speech.

While Trump — who has pitched camp for the summer at his golf club in Bedminster — has little to do with governing New Jersey and is officially a resident of Florida, he was a dominant issue in the campaign.

Engineer and perennial candidate Hirsh Singh and pastor Phil Rizzo — Ciattarelli’s two main rivals for the nomination — sought to appeal to Trump’s base, including by repeating false claims that last year’s presidential election was stolen. A fake Trump endorsement of Singh even circulated online, causing Trump adviser Jason Miller to denounce it on Twitter.

But Ciattarelli hasn’t totally disavowed the former president and has had to walk a tightrope of being neither too anti-Trump for the primary nor too pro-Trump for the general election in a deeply blue state. Singh and Rizzo combined for nearly half the vote in Tuesday’s election — indicating Trump’s base is still a force in Republican politics, one Ciattarelli may not be able to afford to alienate in the general election.

Though critical of Trump early in the 2016 presidential campaign, Ciattarelli softened his rhetoric after Trump’s election and said during the primary campaign that he supported many of the former president’s policies. When it appeared he would face a tougher challenge from then-GOP state Chair Doug Steinhardt, who was running as the pro-Trump candidate, Ciattarelli appeared at a “Stop the Steal” rally. (Steinhardt, a partner at a prominent New Jersey law firm, dropped out shortly after the Jan. 6 insurrection at the U.S. Capitol.)

Ciattarelli’s balancing act — and how it plays in the general election campaign against Murphy — could be a sign of things to come in 2022, when Trump will almost certainly be a factor in the midterm elections. Republicans seeking governorships and other offices in blue and blueish states must try to navigate their way through primaries while remaining palatable to the general electorate.

While Ciattarelli was the heavy favorite to secure the GOP nomination — he won the backing of every county Republican organization in the state — he had a tougher time than expected and ran negative ads against Singh and Rizzo in the run-up to Tuesday’s election.

Ciattarelli, 59, is a CPA and former owner of a medical publishing business and a marketing company. He ran for governor in 2017, even after being diagnosed with throat cancer but lost the nomination to Lt. Gov. Kim Guadagno, whom Murphy defeated.

He has faulted Murphy for his handling of the pandemic and has laid blame at the governor’s feet for the thousands of deaths at New Jersey’s nursing homes and businesses that have been forced to close. Ciattarelli also frequently hits Murphy on his Massachusetts roots, stressing that his family has been in New Jersey for a century.

“He wasn’t raised here, never went to school here, never worked here, never ran a business here. He’s somebody else. I’m you. I mean, have you seen this guy eat pizza?” Ciattarelli told supporters Tuesday night. “How about we elect a Jersey guy?”

Though considered a moderate when he was in the Assembly, Ciattarelli has put forward conservative policy proposals like encouraging governments to cooperate with federal immigration authorities, enacting a voter ID requirement, loosening restrictions on concealed carry permits and putting new restrictions on abortions.

He’s also touched on issues that have been cornerstones of New Jersey Republican politics for decades, like overhauling the school funding formula and seeking to increase school aid to urban and suburban districts — something made difficult by a series of state Supreme Court decisions that mandate a number of poor, mostly urban districts get much of the state aid.

Murphy, a former Goldman Sachs executive and ambassador to Germany during the Obama administration, was widely unknown to many New Jerseyans until the pandemic boosted his profile. His campaign has already signaled it will focus heavily on Ciattarelli’s favorable words toward Trump and associate him with former Gov. Chris Chrisite, with whom Ciattarelli feuded.

“Truth is on the ballot. We make decisions based on the truth. The science, the data. Look at the debates the other side of the aisle was having at this Republican gubernatorial primary,” Murphy said during a speech Tuesday. “These folks made decisions based on a pack of lies, made on myths, or they put their finger in the air and see which way the political winds are blowing, we will never do that, folks. “