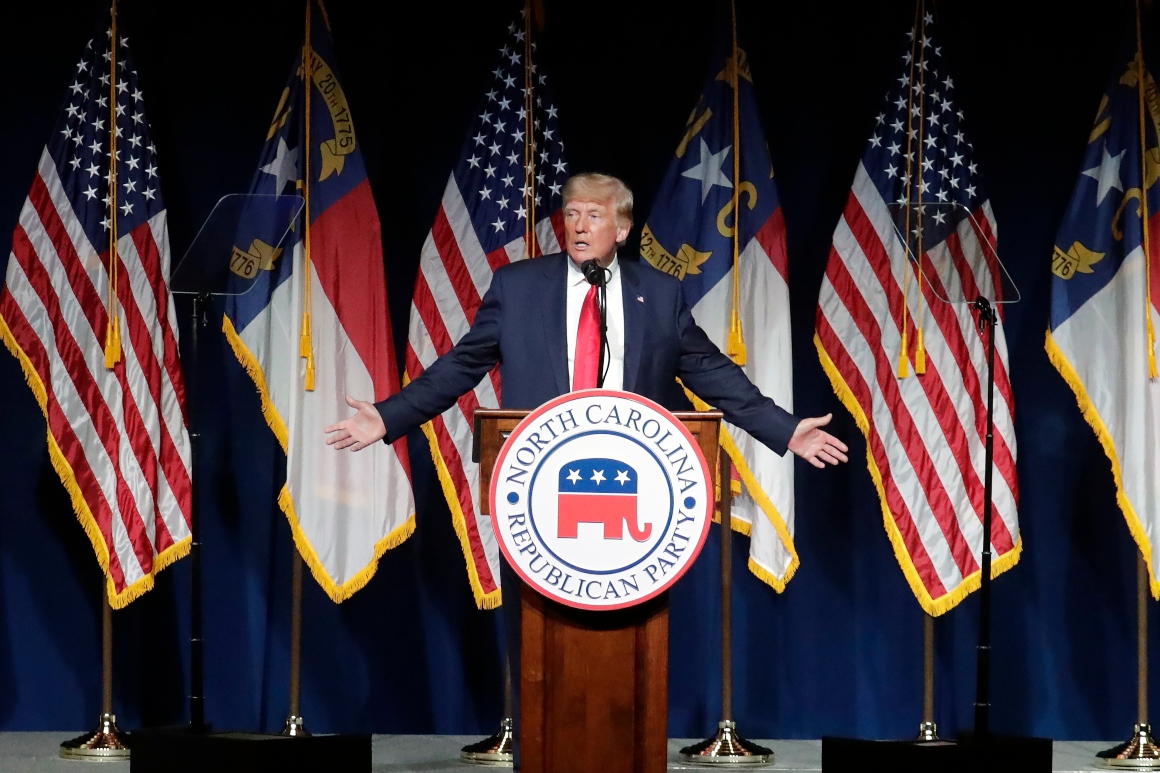 Having spent months in semi-retirement after his election loss in 2020, Trump is set this weekend to kick off a series of political events. Aides and confidants say the goal is to boost his standing in anticipation of a possible future run and to scratch that never-soothed itch he has for publicity. But it’s also to exact some revenge.

On Saturday, Trump will hold a Make America Great Again rally outside Cleveland, Ohio in support of longtime aide-turned-Republican congressional candidate Max Miller, who is vying for the seat held by Rep. Anthony Gonzalez, a Cleveland native who voted for the second impeachment of Trump after the Jan. 6 riot on Capitol Hill.

“The fact that his first rally is targeting Max’s campaign tells you a lot about where the focus is,” said Taylor Budowich, a senior adviser to Miller’s campaign. “[Gonzalez] didn’t just betray President Trump but he betrayed his constituents.”

Saturday’s rally — the first of a MAGA tour that Trump’s aides have teased for months — is expected to draw out diehards longing to be taken back to an era when they were less bitter about the turns life took: one when Trump was in the White House. And the president is likely to indulge them, increasingly eager to push the falsehoods that his reelection was deprived of him through nefarious attempts to doctor the vote.

Among the Trump allies who have confirmed they will attend are Rep. Marjorie Taylor Greene (R-Ga.), who has amplified conspiracy theories about the 2020 election and most recently apologized for comparing the push for the public to wear face masks to the Holocaust; and MyPillow CEO Mike Lindell, who has made overturning the election a personal crusade and is being sued for defamation over his false claims that Dominion voting machines stole the election for Joe Biden.

Rep. Jim Jordan (R-Ohio), a top Trump ally in the House who passed on a Senate bid in the state, said he plans to attend the rally, too. But he dismissed concerns from some Republicans that the former president continuing to push election conspiracies was a negative for the party in the upcoming midterms.

“I think when the president comes out-and-about talking, that’s just good for Republicans,” Jordan said. “It’s going to help us in ’22. He’s going to talk about lots of issues.”

“It’s great for us. I mean, he’s the leader of the party,” said Jordan.

Aides say Trump wants to play a role in winning back the House in the 2022 midterm elections, and he has released a slew of endorsements for pro-Trump candidates in Senate and House races across the country. He announced a MAGA rally for July 3 in Sarasota, Fla., and is expected to also hold rallies in Georgia to support Republican Rep. Jody Hice, who is running to replace secretary of state Brad Raffensperger, another Republican whom Trump blames for his loss. Trump is also set to go to Alabama to support Rep. Mo Brooks, a Republican who is running for Senate. And in July, Trump will be the keynote speaker at the Conservative Political Action Convention in Dallas, Texas.

“It’s part scratching the itch and part smart politicking,” said a Trump adviser about his return to the MAGA rally circuit. “This is exactly how Donald Trump should wield his political power.”

At the rally in Ohio, Trump will appear at a VIP reception and fundraiser to support Miller before making the case for him onstage. But he also will be fending off the political flirtations of Senate candidates eager for him to anoint their candidacy in what has become a crowded Republican primary race.

There has been discussion among Trump aides ahead of Saturday’s rally about not allowing candidates backstage to take photos with the former president for fear that those images could later be used to falsely imply they received his endorsement. Trump aides have been increasingly aggressive about pushing back on efforts from candidates to suggest they have Trump’s backing when they don’t.

Trump’s support has been sought after in the Ohio Senate race, where earlier this year a handful of them met with the former president in an Apprentice-style sit down where they jockeyed to impress him. Trump has so far remained neutral in the contest. Some of the Republican candidates are expected to attend the pre-rally fundraiser.

The ex-president is not expected to make an endorsement in the Ohio Senate GOP primary any time soon, although he did catch many Republicans by surprise earlier this month when he backed GOP Rep. Ted Budd in the North Carolina Senate race. In the meantime, the major candidates plan to take advantage of his trip. 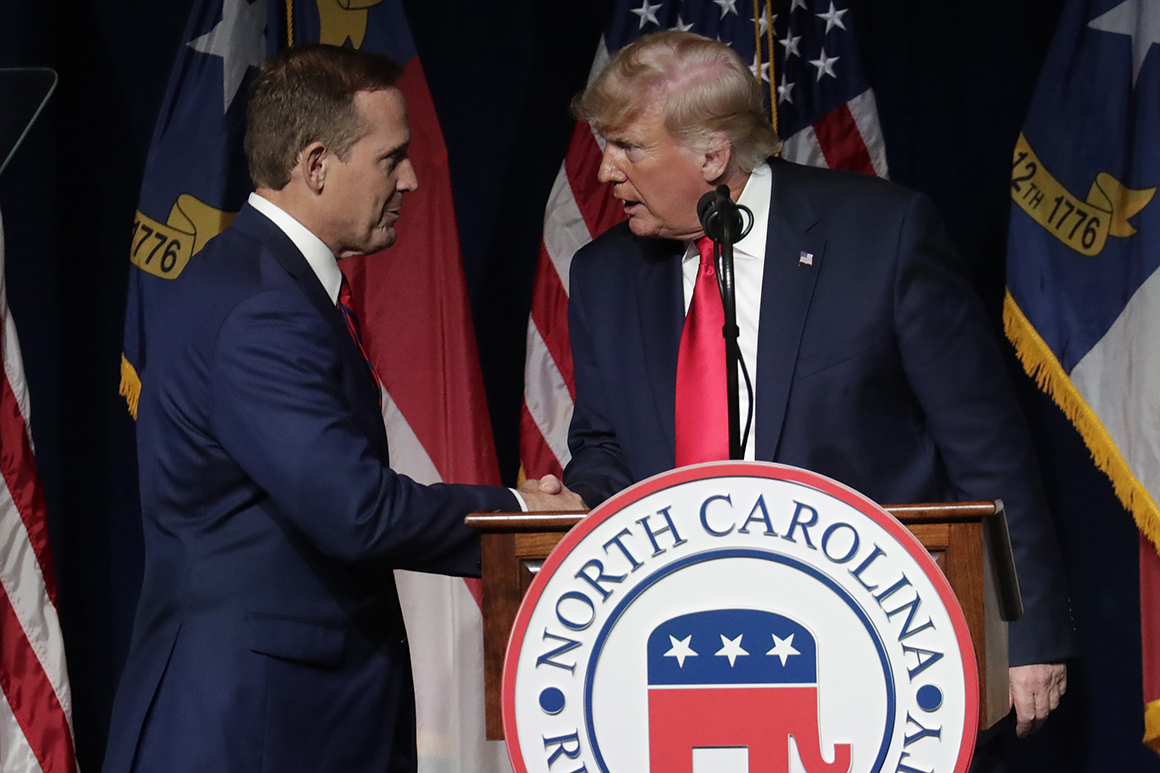 Josh Mandel, the former state treasurer who has led in early internal polling, posted on Twitter he was “pumped” to be at the rally. Businessperson Mike Gibbons is hosting a tailgate outside the fairgrounds at the rally with food and games, according to a person close to the campaign, and is planning to greet rally goers at the event. Jane Timken, the former state Republican party chair, launched a radio ad to welcome Trump to Ohio and is hosting a pre-rally for supporters to make Trump signs, according to her campaign.

“I think the president is smart to step back and not give any endorsements. It’s a bit Darwinian,” said former Trump campaign strategist Steve Bannon. “Ohio right now is Lord of the Flies but I’m not saying that’s a bad thing.”

Democratic Rep. Tim Ryan, who is running for Senate in the state, dismissed Trump’s visit in a brief interview. He called a contrast between the Biden administration’s record and agenda compared to Trump a “winner for us.”

Since leaving office, Trump’s primary fixation has been on his grievances about the results of the 2020 election, “audits” to overturn the results, and unfounded, conspiratorial claims of widespread election fraud.

But he’s also vowed to help Republicans plot a return to power in 2022.

In between rounds of golf with friends, lunches and dinners at his private clubs in Palm Beach and Bedminster, and trips to Trump Tower in New York to keep tabs on the ongoing investigations into his businesses, he has held fundraisers for pro-Trump candidates and worked with aides to determine which endorsements to make.

Multiple aides working on Saturday’s event said that while they’re happy Trump is doing rallies again, it has felt like “uncharted territory” because this time he’s not a candidate. At least for now. Trump has continued to tease a run in 2024, and his team continues to portray him as if he’s still in the Oval. In a survey emailed to supporters on Wednesday, Trump’s Save America PAC asked respondents who they thought was “a better fit to lead our Nation?”

Trump, when listed, got the title of President. Biden merely went by his first and last name.

Alex Isenstadt contributed to this report.