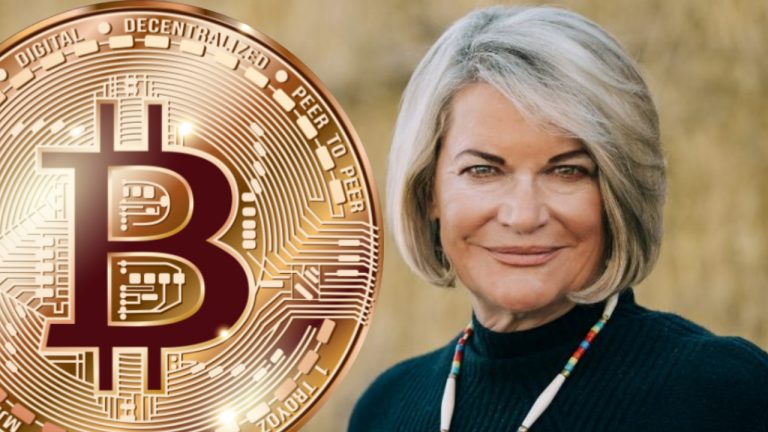 U.S. Senator Cynthia Lummis said that she is “really excited” about the low price of bitcoin, and is planning to buy the dip. “As soon as it drops a little more I’m going to buy some more,” she said. The senator believes bitcoin is a great store of value.

Pro-Bitcoin US Senator Cynthia Lummis Plans to Buy the Dip

U.S. Senator Cynthia Lummis from Wyoming commented on the falling price of bitcoin on Tuesday in an interview with Fox Business. She was asked how she felt about bitcoin’s price falling to below $30K. The senator replied:

I’m really excited about it because as soon as it drops a little more I’m going to buy some more.

She then shared a story of another investment she made previously. “My favorite stock that I own is a company called United Rentals. I bought it and it dropped like a rock. I held onto it and … it has performed beautifully over the years for me. And I see bitcoin doing the same kind of thing because the fundamentals are good.”

Senator Lummis was also asked if she wanted any kind of regulation for bitcoin. “I do,” she affirmed. “I want to have a level playing field.” She elaborated that the rules should be simple and easy to understand for digital assets and cryptocurrencies, emphasizing that they should not be “overly restrictive because we want to see increased innovation in this space.”

Lummis revealed last year that she is a bitcoin holder and has been saying that the cryptocurrency is a great store of value. “I was struck by how innovative bitcoin is with its decentralized public ledger and a fixed supply,” she explained at the time.

The senator plans to convince her colleagues in Congress about the benefits of bitcoin. “I want to make sure everybody understands that this is a great store of value,” she previously said.

Senator Lummis is not the only one who plans to take advantage of the falling price of bitcoin and buy the dip. Microstrategy just purchased 13,005 bitcoins and Rich Dad Poor Dad author Robert Kiyosaki recently revealed that he is waiting for the BTC price to fall to $24K to buy some more coins.

What do you think about Senator Cynthia Lummis’ comments about bitcoin and her plan to buy the dip? Let us know in the comments section below.