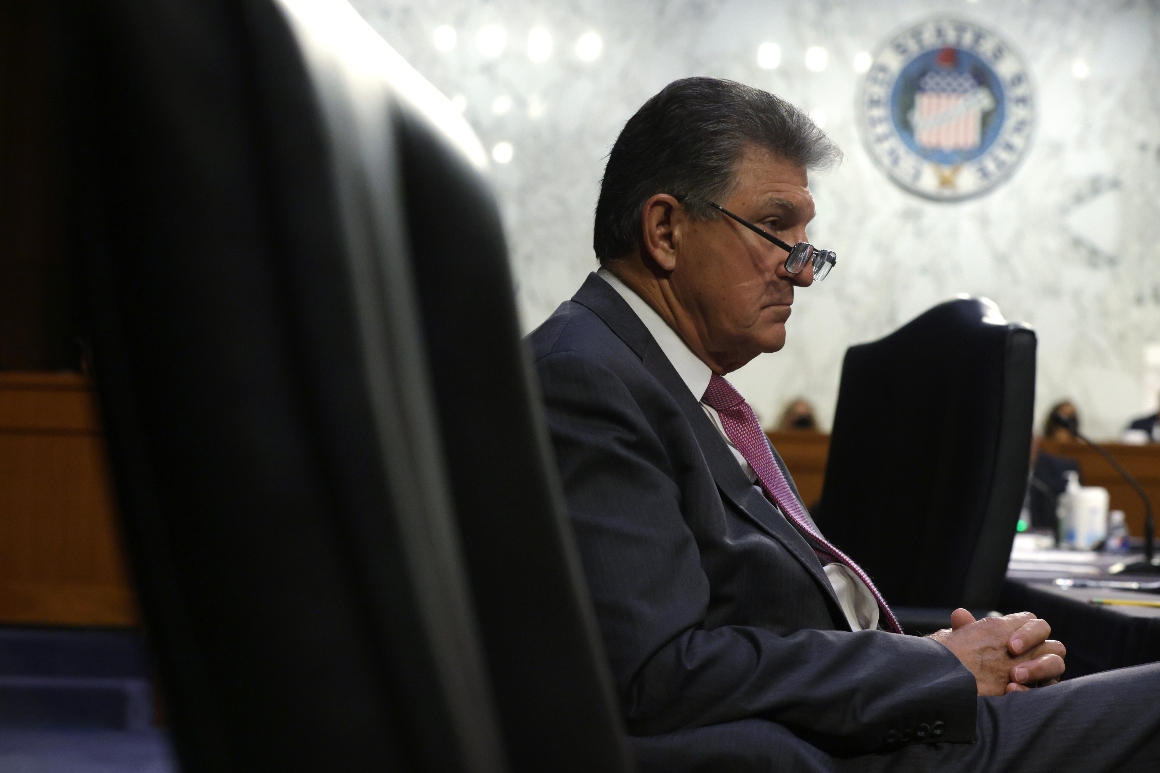 Democrats’ self-proclaimed top priority in Congress this year is dead in its current form. But the fight over how Americans vote is still raging.

The party’s “For the People Act,” a sprawling bill that would rewrite the rules governing federal elections, has been stalled in the Senate since narrowly passing the House on a near party-line vote earlier this year. But Sen. Joe Manchin (D-W.Va.) came out against the bill in his home-state Charleston Gazette-Mail over the weekend, dooming this version of the legislation in the 50-50 chamber.

The fierce backlash to Manchin’s announcement reflects how important the bill was to many Democrats, even more than its label in the House and the Senate: H.R. 1 and S. 1, the monikers traditionally given to the majority’s top priority. Activists and lawmakers on Capitol Hill cast the legislation as a bulwark against restrictive new Republican proposals on voting in states across the country.

But the bill also became a vehicle for all types of government reform — including proposals that have been bogged down in filibusters, partisan opposition and even internal resistance among some Democrats over the last decade, like sweeping rules about “dark money” disclosure and how campaigns can raise their money.

Here are some of the provisions that are in the bill — and what could come next.

The voting section would overhaul how federal elections are run

The most heavily emphasized section of the For the People Act would set a slew of required policy mandates for voting in federal elections in every state. This includes mandating online, automatic and same-day voter registration, requiring at least two weeks of in-person early voting, and allowing anyone to vote by mail without needing an excuse. The bill would also require that sworn statements or student IDs could fill ID requirements for casting a ballot, and it requires the use of paper ballots, among its many provisions.

Democrats have pushed the voting section with increased urgency since the 2020 election, as several Republican-controlled states passed bills that add new restrictions to their voting systems. The policies would amount to the first major federal overhaul of elections since 2002. It has been repeatedly derided by Republicans as a Democratic “power grab” — and Manchin prominently cites Republican opposition to the bill as why he can’t support it.

“Democrats in Congress have proposed a sweeping election reform bill called the For the People Act. This more than 800-page bill has garnered zero Republican support. Why?” Manchin wrote in the Gazette-Mail. “The truth, I would argue, is that voting and election reform that is done in a partisan manner will all but ensure partisan divisions continue to deepen.”

While the bill has gotten broad attention for the impact it would have on voting, it also contains major campaign finance and ethics provisions, borrowing from a number of smaller Democratic proposals in recent years.

The bill includes the DISCLOSE Act, a decade-old proposal that would require more nonprofit organizations that currently keep their donors secret to name their contributors and prove more details about their spending if they get involved in politics. Undisclosed political spending from nonprofits has been a booming business over the last decade: The Center for Responsive Politics, a campaign finance watchdog group, tracked over $1 billion in “dark money” spending from undisclosed donors in the 2020 election.

H.R. 1 would also breathe new life into the public financing system for presidential campaigns and create a new one for congressional elections, and it would overhaul the Federal Election Commission, the perpetually deadlocked agency in charge of policing campaign finance laws.

Meanwhile, the ethics section takes specific aim at some of former President Donald Trump’s behavior: One part would require presidents and vice presidents to publicly disclose their tax returns and “divest of all financial interests” that pose a conflict of interest.

It would also broaden rules about who is required to register as a lobbyist, set new rules about when executive branch employees have to recuse themselves, crack down on many types of foreign lobbying and make federal government employees wait longer — two years instead of one — to become lobbyists after leaving their government jobs.

Manchin’s op-ed did not cite specific provisions of the legislation he opposes, but he has called the bill “too broad” in the past. Indeed, other Democrats have also quietly raised concerns about parts of the bill. Another election provision in the act would require that redistricting, the process of redrawing the state’s congressional lines, be conducted by an independent commission as opposed to carried out by the state legislatures.

Members of the Congressional Black Caucus have said they feared that independent commissions, as opposed to the partisan process even in red states, could dilute Black voters’ representation in Congress. Ultimately, Rep. Bennie Thompson (D-Miss.) was the lone Democrat to vote against H.R. 1 in the House, saying “my constituents oppose the redistricting portion of the bill” in a statement at the time. 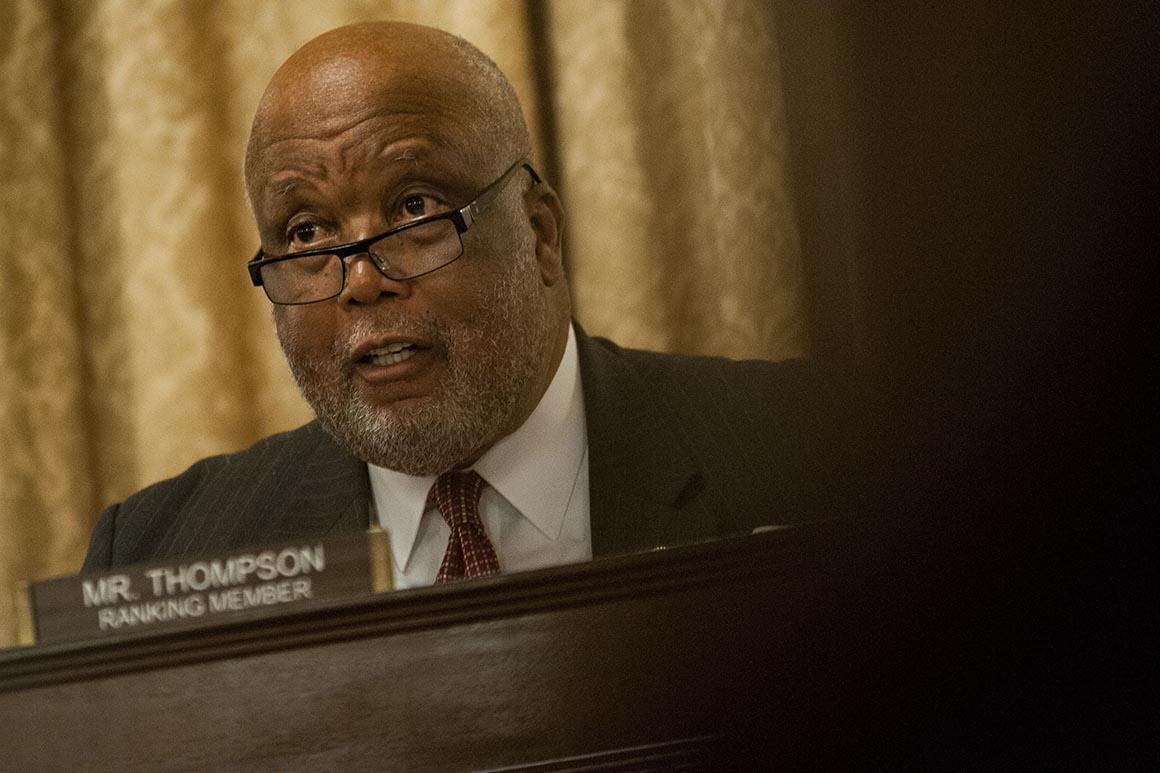 Some election administrators who support the principles of the bill have also raised concerns about how they would implement it. Supporters of the package argue that those concerns could be addressed in a conference committee on the (unlikely) chance it becomes law.

On campaign finance, the public campaign financing ideas made some congressional Democrats squeamish and even made an occasional appearance in Republican political ads, even though the legislation has not become law. And an unusual coalition has formed to oppose the proposed disclosure requirements for nonprofits, from conservative organizations like the Koch-backed Americans for Prosperity to the American Civil Liberties Union, which has argued that broad disclosure language could run “a risk of chilling public discussion.”

While Manchin appears to have killed off advocates’ faint hopes of passing the For the People Act, he has gotten behind a different, important piece of Democratic voting legislation.

The West Virginia senator has urged members to throw their support behind the John R. Lewis Voting Rights Act, which has not been formally reintroduced this Congress after passing in the House in 2019. While voting rights activists have pushed for something broader, that bill would restore a key provision of the 1965 Voting Rights Act: “preclearance” requirements, which mandated that the Department of Justice or a D.C. federal court approve any changes to state and local election laws in certain places — from redistricting to changing early-voting policies — before they took effect.

A 2013 Supreme Court decision, Shelby County v. Holder, effectively neutered that preclearance requirement, with the Court ruling the formula to decide which jurisdictions needed preclearance was outdated. But Manchin — who has noted that legislation reauthorizing that formula passed the Senate 98-0 in 2006 — has argued common ground can be found on the bill named after John Lewis, which some members of the CBC have also pushed. Manchin has also said he’d favor nationwide preclearance instead of a formula targeted at jurisdictions with a history of discriminatory intent, which some activists have embraced.

Still, bipartisan support may still be hard to come by. Manchin has partnered with Sen. Lisa Murkowski (R-Alaska) to push for the reauthorization of the Voting Rights Act “through regular order,” and he remains steadfast in not changing or otherwise modifying the filibuster.

Murkowski was the only Republican senator to cosponsor the legislation in 2019, while Rep. Brian Fitzpatrick (R-Pa.) was the only House Republican to vote in favor of it.