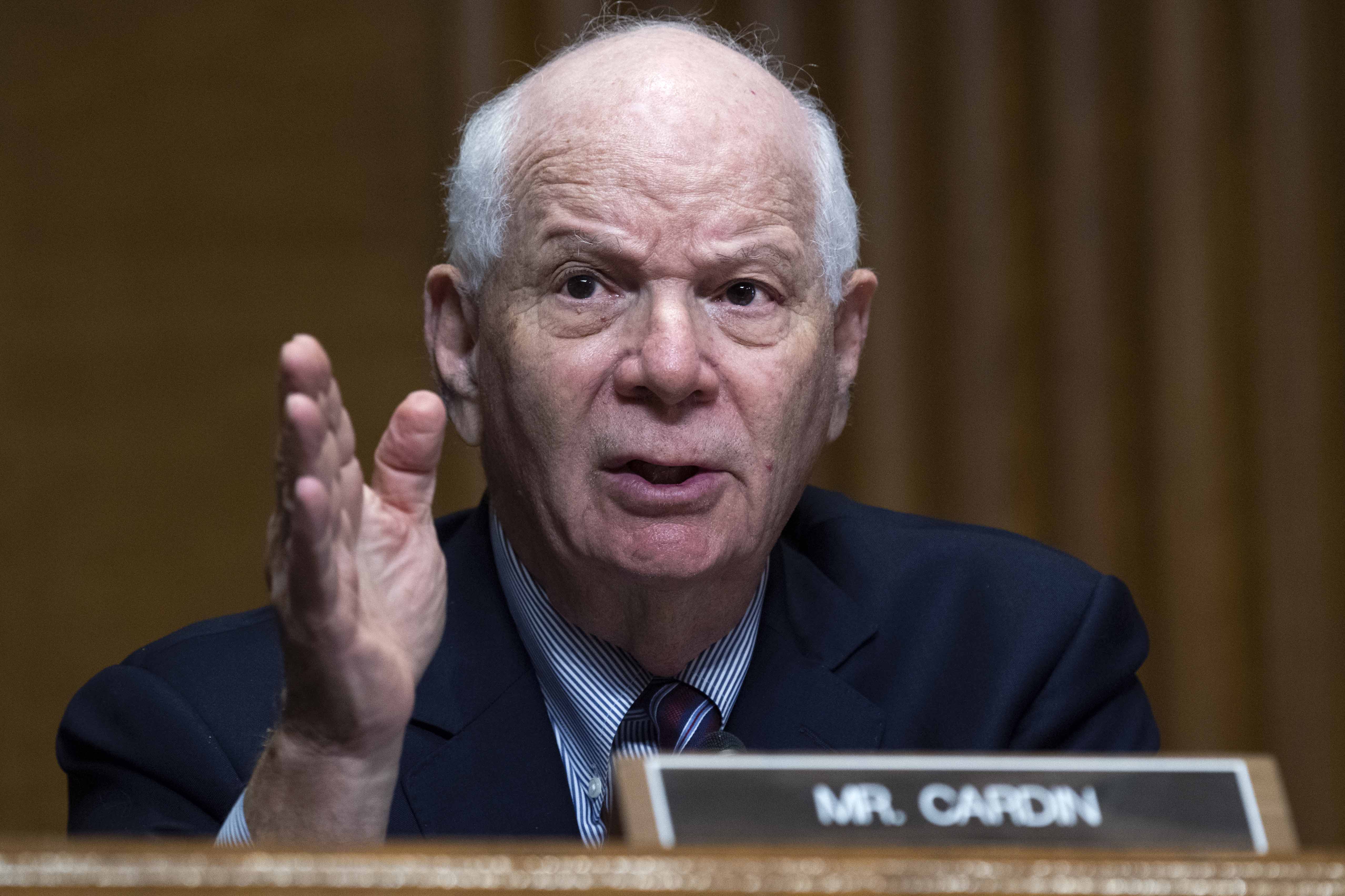 Top Democratic lawmakers took aim this week at the Biden administration’s recent airstrikes in Somalia, disputing the legal rationale for the operations and arguing that it undercuts the president’s stated desire to replace outdated war authorizations.

The Pentagon justified the strikes, which targeted al Qaeda affiliates in the war-torn country, by invoking the 2001 Authorization for the Use of Military Force against the terrorist groups that attacked the U.S. on 9/11.

Democrats, who have long maintained that the 2001 authorization is irrelevant 20 years after the U.S. invaded Afghanistan, said the Biden administration did not have the authority to strike in Somalia.

“What the Biden team is doing is consistent with what we’ve seen now in three prior administrations, but it’s, to me, inconsistent with the intent of Congress,” said Sen. Ben Cardin (D-Md.), a senior member of the Senate Foreign Relations Committee.

“I think President [Joe] Biden should submit a new authorization for the use of military force and should recognize that the 2001 AUMF should be terminated,” Cardin added.

Biden has backed efforts to repeal some war authorizations, such as the 2002 AUMF for Iraq, and replace others, like the 2001 measure. Yet like his predecessors he has cited a range of legal justifications, including outdated war authorizations, following military action.

That includes twice invoking his Article II constitutional “self-defense” authority when he ordered airstrikes against Iran-backed militant groups in Iraq and Syria that attacked American troops.

“If you’re taking strikes in Somalia, come to Congress and get an authorization for it. If you want to be involved in hostilities in Somalia for the next five years, come and explain why that’s necessary and come and get an explicit authorization,” added Sen. Chris Murphy (D-Conn.), another top Foreign Relations Committee member. “This idea that that’s too much trouble, that that’s too much to ask, is a very dangerous precedent for Congress to set.”

The criticism comes days after the Pentagon struck al-Shabab in Somalia on Friday, marking the second such operation in less than a week and the Biden administration’s second in the country since taking office.

In both cases, Gen. Stephen Townsend, head of U.S. Africa Command — not Biden — authorized the strike. The mission was conducted to support an American-trained Somali force known as the Danab after they came under fire from al-Shabab militants in the Galmudug area of Somalia, defense officials said.

Murphy said the strike approval process raised questions about the chain of command. “Any time you’re taking strikes in countries that have no clear authorization for hostilities passed by Congress, the chief executive needs to be involved.”

The U.S. resumed operations in the country after a six-month hiatus despite new limits the Biden administration placed on drone strikes outside active combat zones. While the Trump administration gave regional commanders broad authority to green-light such operations, proposals for airstrikes are now generally routed through the White House. Prior to last week’s actions, the U.S. had not conducted a strike in Somalia since Jan. 19, the day before Biden took office.

Biden’s invocation of the 2001 AUMF comes as his administration is conferring with lawmakers about a replacement for that authorization — one that includes specific geographic designations, mandates a cut-off date, and names specific terrorist groups covered under the AUMF.

“It illustrates that we need to come up with some sort of mechanism where we can approve geographies,” Sen. Todd Young (R-Ind.), who has long advocated for war powers reforms, said of the Somalia strikes. “We don’t want to hamstring the president’s Article II powers — which we don’t have the power to do anyway.”

Cardin said citing the 2001 AUMF “makes it more difficult” to get a new authorization through Congress, adding: “It undercuts our ability to see an urgency for action.”

The Foreign Relations Committee has asked the Biden administration for more information about the airstrikes. Sen. Bob Menendez (D-N.J.), who chairs the panel, said his main focus was on repealing the AUMFs that no longer have functional value.

But the committee is scheduled to hold a hearing next week with top State Department officials on AUMFs more broadly, allowing senators to question administration officials directly about the invocation of the 2001 AUMF as well as Biden’s Article II powers.

After that hearing, the committee will vote on a bipartisan measure to repeal the 2002 and 1991 AUMFs, both of which authorized military force in Iraq for different conflicts. But the 2001 AUMF is still on lawmakers’ minds as a future target.

“It’s just more evidence of how badly the 2001 AUMF is in need of reform,” Murphy added. “I think the administration is struggling a little bit to find the legal authorization for these strikes.”

Pentagon spokesperson Cindi King declined to give additional details about the dual attacks, including why the Biden administration had conducted two in a row after a six-month hiatus, citing operational security. But a defense official said the end of Somalia’s rainy season has allowed operations to resume on both sides and anticipated a resumption of active fighting.

The defense official defended the airstrike, drawing a distinction between “deliberate” strikes against a particular threat developed in advance by military planners, and close-air-support or self-defense operations based on an imminent threat. In the latter cases, commanders must be able to authorize a strike quickly in life-threatening situations. All strikes go through rigorous approval processes including assessments of civilian casualties and collateral damage, the official said.

Republicans defended and applauded the administration’s airstrikes, as they have often done since Biden became president. On the issue of war powers, GOP lawmakers have generally backed expanded presidential authority to conduct military operations.

“I don’t think the president needs a law passed by Congress in order to target terrorists who are posing a threat to the United States, no matter where they are in the world,” said Sen. Marco Rubio (R-Fla.), the vice chair of the Senate Intelligence Committee. “Especially if it’s a one-off, targeted engagement, not a full-scale military situation.”