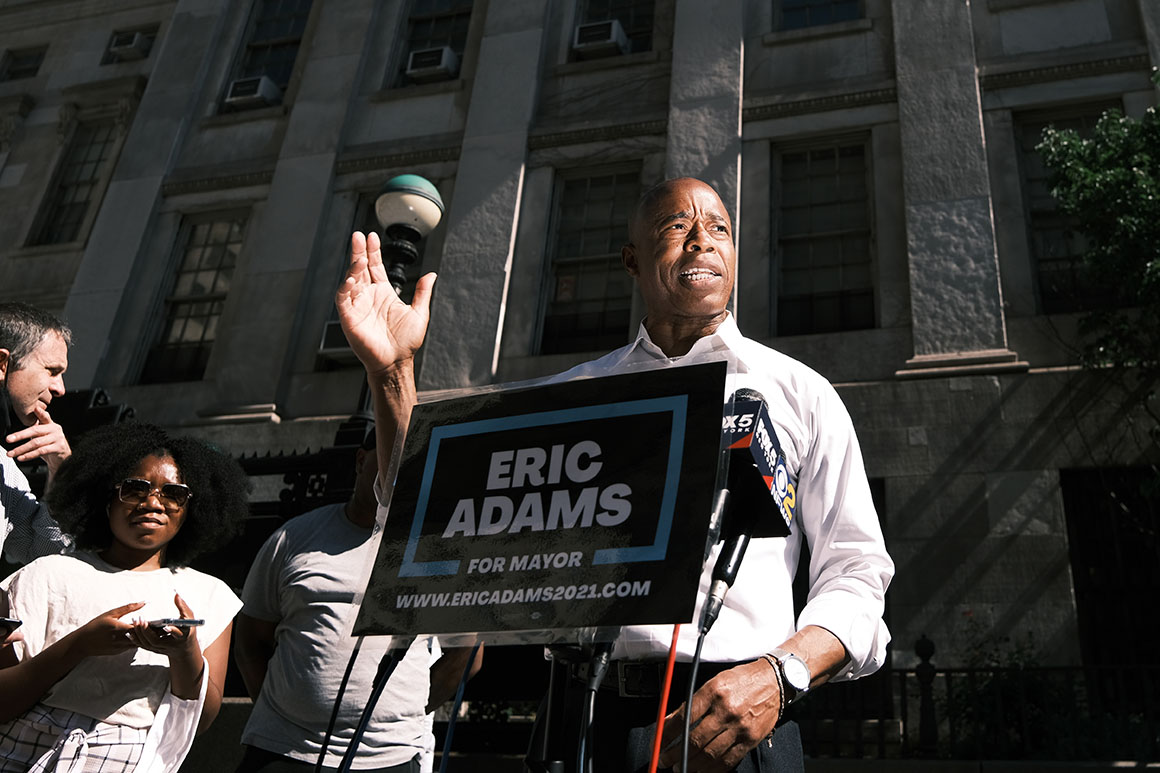 Adams — the Brooklyn borough president who retired as a police captain in 2006 to become a state senator — rode an anti-crime wave to clinch the Democratic spot in November. He now faces Republican Curtis Sliwa in a general election to replace outgoing Mayor Bill de Blasio.

“While there are still some very small amounts of votes to be counted, the results are clear: an historic, diverse, five-borough coalition led by working-class New Yorkers has led us to victory in the Democratic primary for Mayor of New York City,” Adams said in a prepared statement. “Now we must focus on winning in November so that we can deliver on the promise of this great city for those who are struggling, who are underserved, and who are committed to a safe, fair, affordable future for all New Yorkers.”

Garcia’s spokesperson, Lindsey Green, said she is “currently seeking additional clarity on outstanding ballots and [is] committed to supporting the Democratic nominee.” The city’s Board of Elections said up to 942 absentee ballots that contained voter mistakes can still be fixed, making it impossible for Garcia to overtake Adams as the numbers stand.

The primary was unusual from the start: A pandemic-era race forced candidates to reach voters through Zoom screens when they would otherwise be glad-handing in churches and community events. Coupled with that, all but two of the eight leading contenders were running for local office for the first time and navigating the advent of a system that allows voters to select up to five of them in order of preference.

Adams trailed local political newcomer Andrew Yang — a one-time presidential candidate — for the first few months of the race as Yang successfully communicated a message of hope for a city besieged by Covid-19.

But the tides shifted in Adams’ favor as the city began reopening and the uptick in shootings became a more central issue. Poll after poll showed voters were primarily concerned with crime, giving the edge to Adams, who worked for 22 years as an officer and speaks openly about being the victim of police brutality as a Black teenager in Southeast Queens.

It took eight rounds for Adams to surpass the 50-percent threshold in order to be declared the winner.

In the first round he led the field with 30.8 percent of the vote, followed by attorney Maya Wiley at 21.3 percent and Garcia, the city’s former sanitation commissioner, at 19.6 percent. Yang came in fourth place with 12.2 percent, and no one else broke into double digits.

By the time Yang was eliminated in the seventh round, his 135,096 votes were divvied up among Adams, Wiley and Garcia as is customary in ranked-choice voting. Garcia benefited the most, getting 43,072 of those votes in the next round, compared to 37,430 for Adams and 15,473 for Wiley.

Yang and Adams feuded bitterly for much of the race, but that rivalry did not appear to influence voters, whom polls showed supported Adams as a second-place choice to Yang.

But in the final days of the race, Yang teamed up with Garcia in a gambit intended to boost both of their chances and diminish the prospects for Adams.

Garcia also benefited from Wiley’s elimination in the eighth round, getting 129,446 votes to Adams’ 49,669.

It was not enough, however, to overcome the 11-point lead he held over her at the outset.

The results appear to be a testament to message discipline: Both Adams and Garcia stuck to their scripts throughout the election, never wavering from their respective promises of a reduction in crime and competence in government. Wiley’s message was more muddled and she struggled to surge for much of the election but successfully consolidated the progressive wing of the Democratic Party in the final weeks of the race with help from Rep. Alexandria Ocasio-Cortez.

In a statement, Wiley lambasted the Board of Elections, which issued erroneous preliminary results last week after counting about 135,000 dummy ballots.

“It would be an understatement to express dismay at the BOE’s administration of this election. And that has made today’s brunch at dinnertime, a long and drawn-out day for New Yorkers,” Wiley said in a jab at the board, which reneged on its earlier promise to release today’s tally by brunch time. (The numbers came in squarely during dinner hours.)

After thanking her staff and supporters, Wiley demanded changes to the board.

“Today we simply must recommit ourselves to a reformed Board of Elections and build new confidence in how we administer voting in New York City,” she said. “New York City’s voters deserve better, and the BOE must be completely remade following what can only be described as a debacle.”