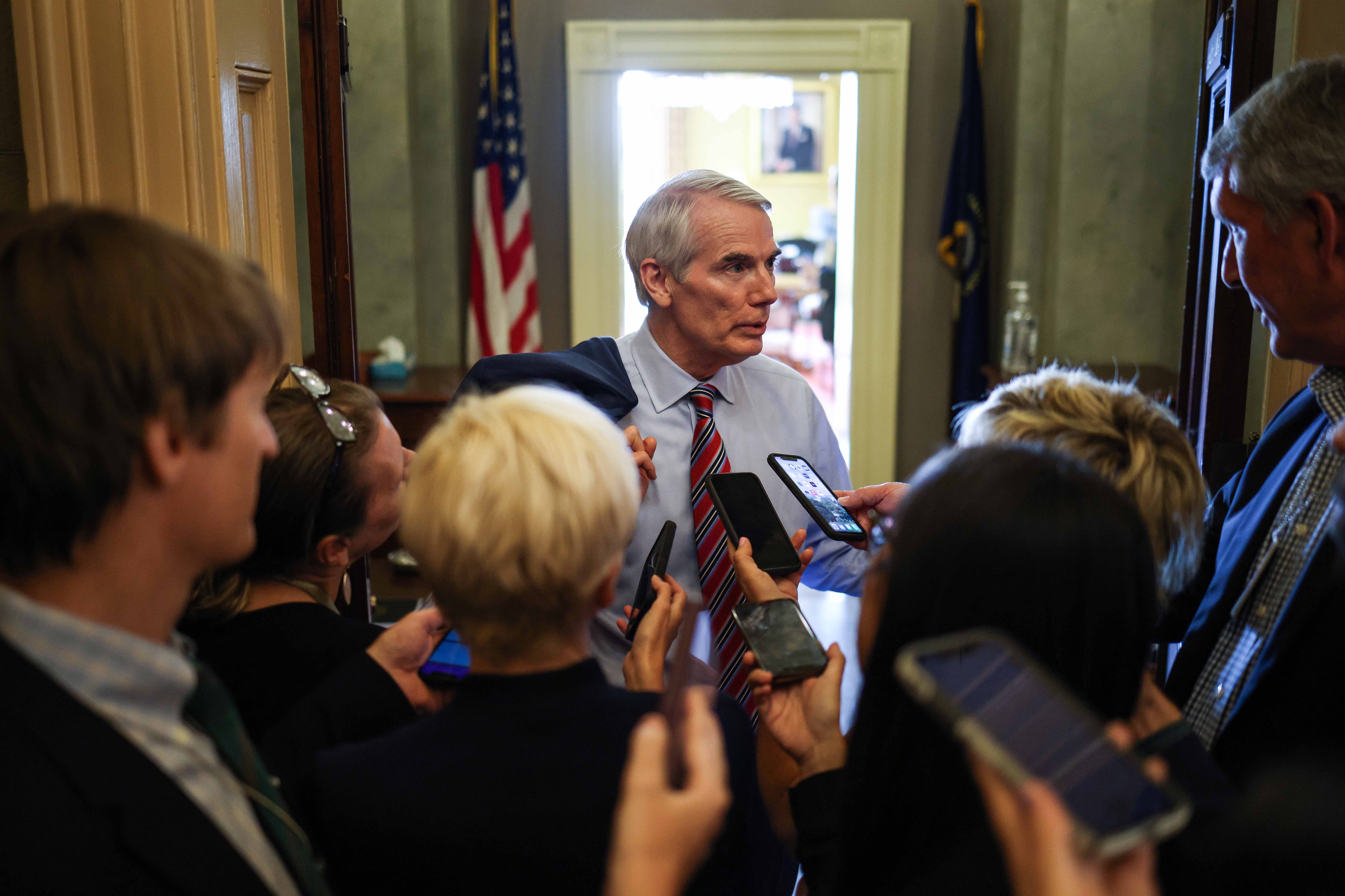 Centrist Republicans are rushing to lock down sufficient GOP support to move forward next week on their bipartisan infrastructure plan, even as Wednesday’s vote to advance the framework is expected to fail.

Ohio Sen. Rob Portman, the lead negotiator, is attempting to round up 10 or more GOP yes votes for early next week, according to multiple sources familiar with the effort. Portman has been working on a letter to Senate Majority Leader Chuck Schumer vowing to move forward after Wednesday’s likely stumble, but he has not publicly released it yet.

Portman wants to demonstrate to Schumer that Republicans will move forward, just not on Wednesday. Schumer set up the vote on an unfinished bill to put pressure on the negotiators to finish up their work after months of talks among Republicans, the White House and Senate Democrats.

The Senate Democratic leader made one last case for Republican support this week, however, arguing Republicans “should feel comfortable” moving forward because there is no hard deadline to finish the bill and it could be amended once the Senate begins debate on it.

Asked if he could support moving forward next week, Sen. Lindsey Graham (R-S.C.) replied: “I’m hoping so. I’m hoping we can have all the pay-fors accounted for and it adds up. Everybody is working really hard. I’m hoping we’re close enough that we can all confidently vote” to break the initial filibuster.

The larger bipartisan group of senators will gather on Wednesday for a pivotal lunch as they labor to clinch a plan to spend nearly $600 billion in new money on roads, bridges and broadband. The core 10 members of that group met late Tuesday and are close to finishing their agreement, though drafting the actual legislation will take several more days.

Portman and others are expected to brief the larger group on the state of play, and there’s a sense within the bipartisan crew that they are nearly done with their long-running discussions. Among the remaining hang-ups are public transportation funding and financing of the bill.