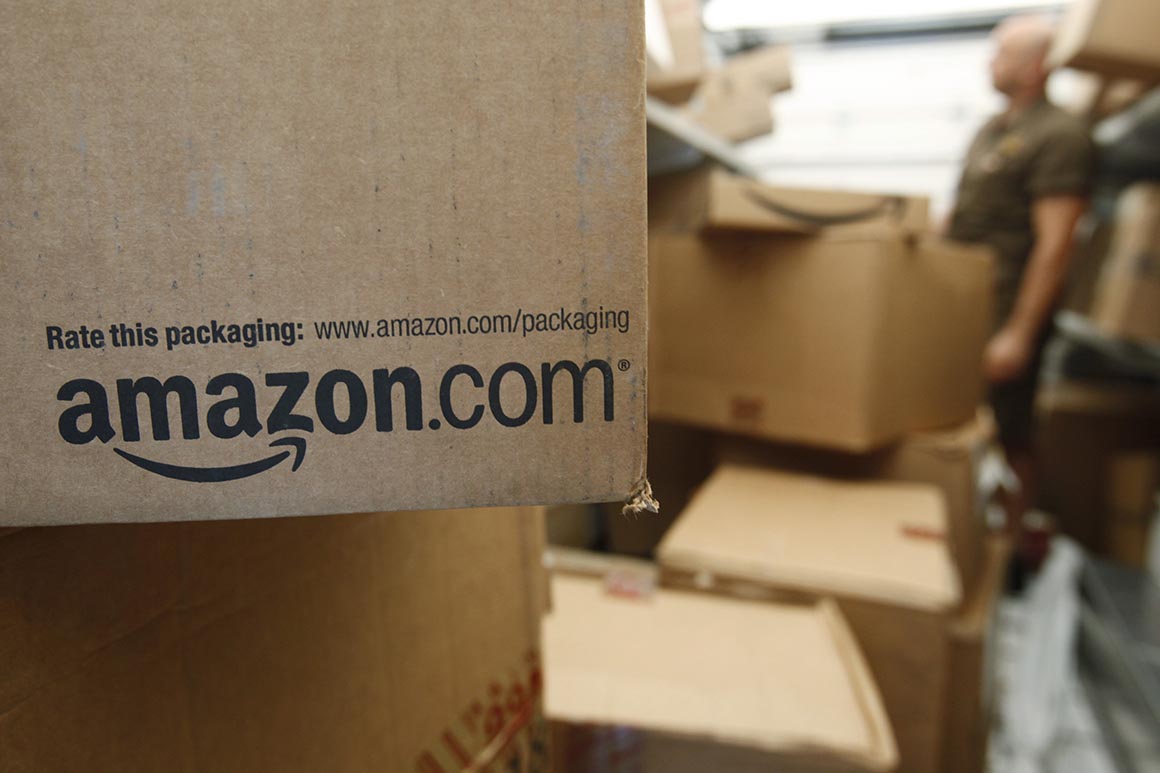 When it announced its support for lawmakers’ efforts to decriminalize weed last month, Amazon didn’t just become the biggest company in America to back marijuana legalization, it captivated the cannabis industry in the process.

Now, as bills pushing legalization remain stuck in Congress, activists fighting for liberalized cannabis laws are hoping the e-commerce giant will take the next step and use its considerable D.C. muscle to help get them passed.

Lobbyists for legalization are pinning their hopes on Amazon using its experienced lobbying team and deep pockets to support their efforts, believing it could help them launch ad campaigns and persuade lawmakers opposed to legalization — especially those who represent states where cannabis is legal — to change their minds. Cannabis lobbyists and advocates who have spoken with Amazon made it clear that the company is already engaging in cannabis discussions in Washington, D.C. Whether Amazon actively lobbies or invests monetarily in legislation is the question on everyone’s minds.

“I’m quite disappointed that we’ve really seen no movement whatsoever at the federal level,” said Matthew Schweich, deputy director of the Marijuana Policy Project. “I think that if Amazon were able to lend its political support to federal reform and fund state level efforts, that would be a net positive for the cannabis reform movement in this country.”

One third of Americans currently live in a state where cannabis is or will soon be legally sold for adult use, and 68 percent of voters support federal legalization, according to a Gallup poll conducted last year. But corporate America and Congress have been much slower in coming around to the issue. Many companies and the federal government still drug test employees, even in states where cannabis is legal, and a federal decriminalization bill that passed the House last year stalled in the Senate.

Amazon has one of the more relaxed stances on cannabis among major U.S. employers. It supports legalization and made the decision to stop drug testing employees for cannabis, which will expand the company’s prospective employee pool. Though its online delivery infrastructure is unmatched, advocates say the company has given no indication that it plans to get into the weed business itself if cannabis is legalized nationwide.

“They didn’t tell me anything about wanting to get in sales or anything,” said Maritza Perez, director of the office of national affairs at Drug Policy Alliance, who met with Amazon to discuss the bill in June. “I did express the fact that they’re a big corporation, and that people may think that they’re doing this for other reasons. And they understand that that might be the perception.”

There are some indications, however, that Amazon is interested in trying to convince other companies and Congress to support legalization. A number of advocacy and industry groups, including Drug Policy Alliance, the National Organization for the Reform of Marijuana Laws and Canopy Growth Inc., have reported meeting with Amazon officials in the past month to discuss federal marijuana policy.

Amazon said last month that its “public policy team will be actively supporting The Marijuana Opportunity Reinvestment and Expungement Act,” otherwise known as the MORE Act, which would decriminalize cannabis and provide for expungement of some non-violent cannabis offenses, had been a long time coming. The company had preliminary conversations about whether to get involved in the national conversation on CBD — a substance contained in the cannabis plant that was federally legalized in 2018 — and marijuana last year, according to a person with direct knowledge of the matter, but there were internal disagreements about whether the company should do so and what the optics would be.

The House passed the bill largely along party lines last December, though it was never taken up by the Senate. Senate Majority Leader Chuck Schumer debuted his own, more detailed cannabis bill last week. But Amazon declined to say whether it will back it or not.

The reaction of industry groups and advocates to Amazon’s decision to back the MORE Act has been mixed. Most told POLITICO that the money and influence Amazon could bring to the issue could be a big help to a still-underfunded lobbying effort. But there is also some trepidation that Amazon’s involvement indicates it actually plans to enter the industry in some way, and that it could influence federal legislation to be friendlier for big corporations.

“There have been a lot of concerns that they might try to push out the ability of small businesses to be able to succeed in this space, so that’s definitely something that we’re on the lookout for,” said Morgan Fox of the National Cannabis Industry Association.

Legal cannabis sales in the U.S. grew by 50 percent last year, topping $20 billion, according to New Frontier Data. They’re expected to double again over the next four years. The industry has been slow, however, to invest significant dollars in lobbying either nationally or for local legalization efforts.

The largest donor to New Jersey’s successful legalization ballot measure campaign last year, for example, was Scotts Miracle Gro — not a cannabis corporation or group. Lobbyists and advocates say the dollars that Amazon could bring to a national push for federal legalization would help them implement efforts they currently do not have the money for.

Amazon is one of the top lobbying spenders in Washington, shelling out nearly $17.9 million last year. It’s not clear, though, whether Amazon’s lobbyists have yet lobbied Congress to support the MORE Act or any other federal reforms. Amazon’s second-quarter lobbying disclosure report isn’t yet public, and the company declined to comment.

Amazon’s endorsement of the MORE Act didn’t draw big headlines, but it made an impact among those pushing to reform the country’s cannabis laws.

“It’s a big deal for such a large employer, and an employer and a company that nearly every American household interacts with in some way,” to endorse the MORE Act, said Chelsea Parsons, the Center for American Progress’ acting vice president for criminal justice reform. “It helps shift the culture around this issue.”