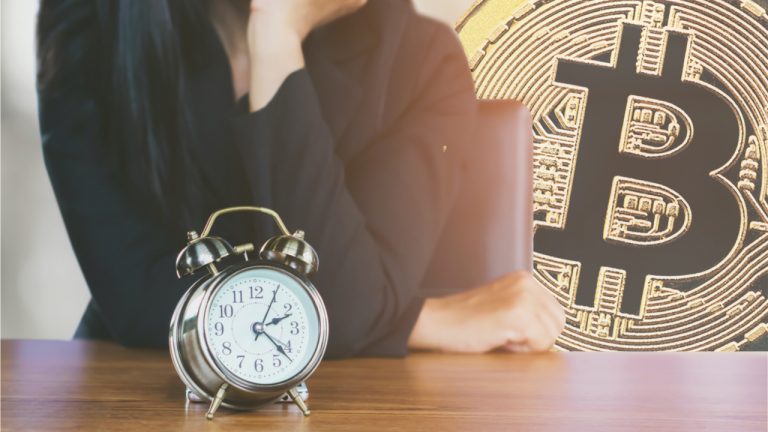 The analytics provider Ecoinometrics has published a tweetstorm that shows the current downward spiral from bitcoin’s all-time high is one of “the longest drawdowns bitcoin has had to deal with during a post-halving bull market.” Furthermore, the same day, analyst and economist, Julio Moreno, highlighted in a recent blog post that “in bitcoin, volatility is your friend.”

Most people in the industry understand that bitcoin (BTC) prices have seen better days and many spectators are wondering when the crypto asset will rebound. The fact of the matter is, we really don’t know, but people do leverage previous chart patterns from prior bull markets and have measured a number of timespans.

In recent times, Bitcoin.com News has published at least two market reports that show speculators believe this bull run resembles the action that took place in 2013. According to the analytics provider Ecoinometrics, the current downturn is the second-longest drop since 2013 and there’s still a lot more time left on the clock.

“Bitcoin after the Halving [on] Jul. 17, 2021,” Ecoinometrics tweeted. “431 days after the 3rd halving [and] BTC at $31,678. One more week stuck in this drawdown, 95 days since the last ATH, bottom -55% below the ATH, and volatility continues to decline,” the analyst added. Ecoinometrics further stressed:

This is one of the longest drawdowns bitcoin has had to deal with during a post-halving bull market. But 95 days is still only half the duration of the big drawdown of 2013… In terms of price trajectory, this correction also looks very similar to 2013. If we continue like that, BTC will remain stuck around $30k for a while.

The analyst also added that bitcoin’s one-month volatility was also down but “historically speaking, it isn’t particularly low.”

“So from that perspective it is possible for the trading range to stay pretty tight for longer,” Ecoinometrics concluded.

‘In Bitcoin, Volatility Is Your Friend’

Analyst and economist Julio Moreno agreed with Ecoinometrics’ volatility assessment, and shared a recent blog post he wrote about bitcoin volatility. Moreno’s report explains how people try to discredit bitcoin over price volatility, and his study asks whether or not “volatility [is] a bad thing.”

The analyst notes in his report that he doesn’t believe volatility is necessarily a bad thing. “I would say it is not, as it increases within each cycle along with price gains. When is bitcoin’s price more volatile? Mostly at market tops, after significant price appreciation,” Moreno’s report emphasized. His bitcoin volatility report concludes:

What does changes in bitcoin’s price volatility imply about its future trend? Accumulation has been better at low levels of volatility and this is typically reached before a big price movement.