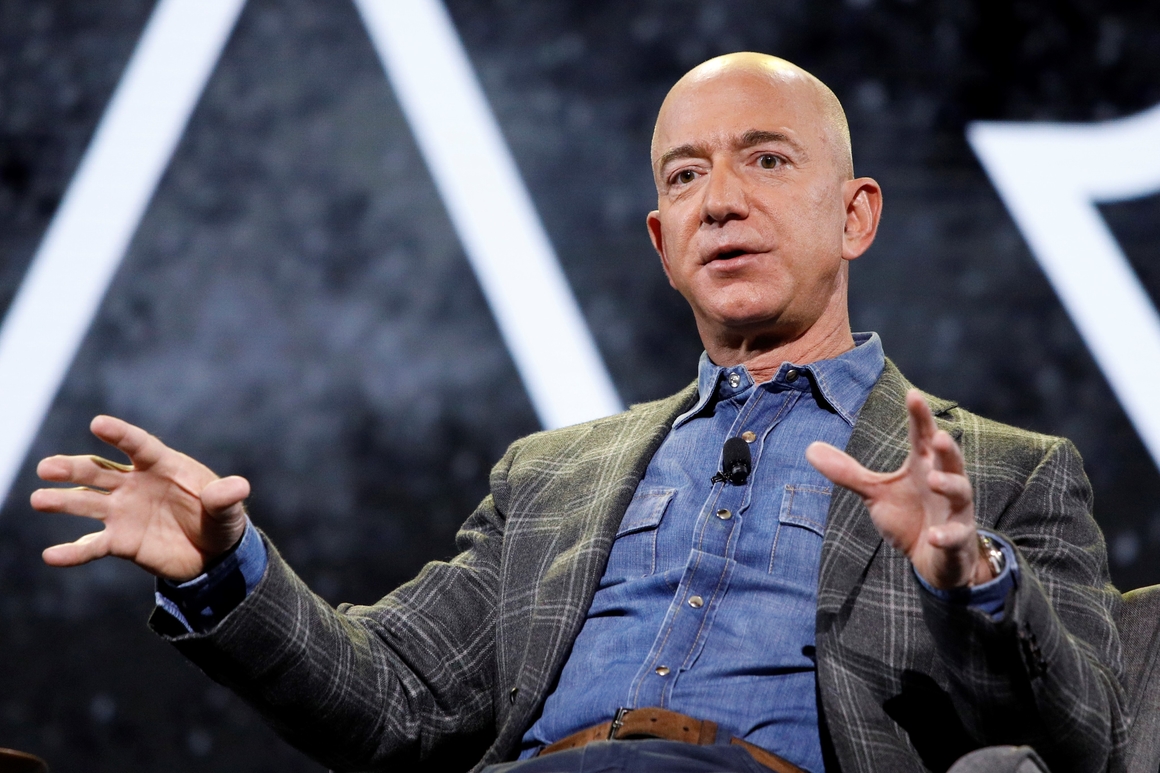 As Amazon publicly embraced President Joe Biden’s plan to raise the corporate tax rate across the board, it has also lobbied Congress to preserve a prized tax break that’s helped it lower its corporate tax bill.

The retail giant’s founder Jeff Bezos earned plaudits earlier this year when he announced that Amazon would back “a rise in the corporate tax rate” to help pay for Biden’s infrastructure package. His comments broke with most of the rest of corporate America — the U.S. Chamber of Commerce and Business Roundtable vehemently opposed such tax hikes — and served as a rejoinder to critics who have attacked Amazon for paying little to no federal income taxes. Biden himself criticized Amazon’s tax rate as too low on the campaign trail.

Behind the scenes, however, Amazon and other companies have been making moves to help keep their taxes from rising. And their efforts illustrate some of the unseen hurdles the Biden administration faces in its efforts to bring in more revenue from corporate taxation as it calls for raising the overall corporate tax rate to fund its ambitious domestic agenda.

The company hired the tax lobbyist Joshua Odintz, a former Democratic congressional aide and veteran of the Obama administration, last month to lobby on the section of the tax code dealing with the research and development tax deduction, according to a disclosure filing.

And the R&D Coalition — an alliance of companies that benefit from the deduction including Amazon, Intel, the National Association of Manufacturers and others — hired a squad of veteran tax lobbyists at PricewaterhouseCoopers earlier this year. Those hired included a former top aide to Senate Minority Leader Mitch McConnell (R-Ky.).

The R&D deduction and the related R&D tax credit are designed to incentivize companies to shell out on research and development by providing tax breaks for spending on research. The credit was first established in 1981, according to the Tax Foundation, and has broad bipartisan support. Its use by Amazon and others underscores how calls for corporations to pay more in taxes may be simpler in theory than practice, since many of the tax breaks that companies utilize are popular even if the companies’ low tax footprint is not.

It’s tough to know exactly how much the R&D tax credit — which is broadly popular in both parties — has saved Amazon. But Amazon disclosed in a Securities and Exchange Commission filing earlier this year that the tax credits that helped it reduce its U.S. tax burden “were primarily related to the U.S. federal research and development credit.” (The credit is not the only way Amazon reduces its tax bill: It also benefits from tax rules allowing it to deduct the cost of the stock it gives its employees as part of their pay packages, among other tax breaks.)

“It’s very likely they’re getting hundreds of millions of dollars a year in R&D tax credits,” said Matthew Gardner, a senior fellow at the Institute on Taxation and Economic Policy, who’s studied the tax habits of Amazon and other big companies.

The tax breaks themselves aren’t at risk, but the deduction could become less valuable next year if Congress doesn’t act, which may explain why Amazon chose to ramp up its lobbying campaign around it.

Republicans’ 2017 tax law included a provision that would prevent companies from immediately deducting the full amount of research and development expenses starting next year. Instead, they’d have to deduct a portion of it every year over five years, reducing its value.

The change was included as a way to pay for the legislation, and experts believe it was never meant to become permanent.

“This was sort of a time bomb that was always meant to be diffused,” said Ben Ritz, the director of the Progressive Policy Institute’s Center for Funding America’s Future.

But there’s no guarantee the bomb won’t go off in six months, hence the lobbying effort.

Amazon is far from the only company fighting to save the tax break. A broad coalition of trade groups and companies are lobbying Congress to scrap the changes set to take effect next year. Sixty lawmakers have signed onto a House bill to do so while a dozen senators are backing a companion bill in the upper chamber.

The Tax Foundation estimates repealing the changes would cost about $131 billion over a decade. It also estimated that it would boost GDP by 0.1 percent and create nearly 20,000 jobs.

The Biden administration hasn’t taken a position on the issue. Asked about it during a Senate Finance Committee hearing last month, Treasury Secretary Janet Yellen said that “promoting innovation is a critical priority for President Biden” and that “continuing to allow firms to expense R&D rather than shifting to amortizing could be one very effective way to bring that about.”

Businesses have argued that the changes would penalize them for investing in research and development. “While other governments work to substantially increase R&D investment, this change will significantly increase the cost to perform R&D in the U.S.,” George Davis, Intel’s chief financial officer, told the Senate Finance Committee earlier this year.

Catherine Schultz, Business Roundtable’s vice president for tax and fiscal policy, said she didn’t know of any companies that weren’t lobbying on the issue. The coalition is seeking to tuck the provision into one of Biden’s infrastructure packages or another major bill before the end of the year. While repealing the changes has “very strong support among both House and Senate members,” she said, it’s not certain the companies will get their way.

“I think it’s just a matter of timing and how focused people are on this,” she said.