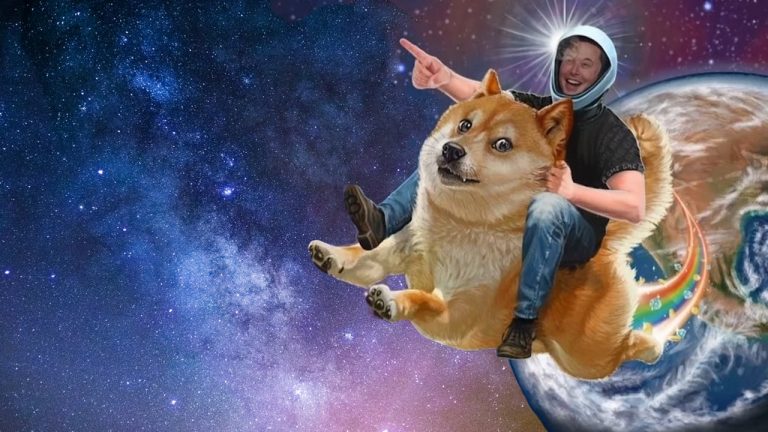 The CEO of Tesla, Elon Musk, is a fan of base layers when it comes to blockchain technology and on Friday, Musk explained there’s “merit” to the Dogecoin chain “minimizing transaction cost.” Dogecoin developers are in the midst of preparing to update the Dogecoin network by gradually deploying the updates to the network “over multiple software releases.”

On Friday morning (EDT), top dogecoin (DOGE) Youtuber Matt Wallace tweeted about the fact that the Dogecoin upgrade was coming in the near future. “Reminder,” Wallace tweeted. “The Dogecoin update is coming soon. It will position Doge perfectly to become one of the most used currencies in the world.” Following the tweet, Elon Musk decided to respond to Wallace’s statement and said:

The message from Musk follows his June 27 statement on Twitter, where he said it was “important to support” the Dogecoin upgrade. Dogecoin core developer Patrick Lodder and Dogecoin core maintainer Michi Lumin have been working with a team that has been coding the upgrade.

“The proposed changes below bring the decision power towards which transactions to include back to miners instead of the relay network and increase configurability of all fee-related parameters, enhancing the sovereignty of each individual node operator and the community as a whole,” the new fee structure for Dogecoin core says. Back in May, Tesla’s CEO said he was hoping block times would increase 10X and the fees would drop 100X. Lodder’s new fee structure states:

Currently, the cost to send dogecoin (DOGE) is 0.0052 DOGE per byte, which can be translated into 2.13 DOGE per transaction ($0.454). During the first week of May, dogecoin transaction fees touched a high of $2.37 per transfer. Dogecoin prices at that time were much higher than they are today. Some people responded to Musk’s base layer transaction rate tweet and explained that there are existing blockchains that are already up to speed.

“Solana, you literally are just asking for Solana,” one crypto fan replied to Musk on Friday. Software developer Patrick Dugan responded to the individual’s Solana tweet. “The one thing that would make defi on Doge better than Solana is its PoW mining and the impact of that on amortizing solar and battery installations,” Dugan tweeted.

Of course, supporters of the Lightning Network (LN), which has seen significantly less adoption than many other networks used for BTC sidechain purposes, tried to convince Musk to look into the LN protocol. LN was recommended to Musk by people like Udi Wertheimer and others.

Bitcoin Cash supporters also chimed in and responded to Musk’s base-layer statement. “Meanwhile BCH is already doing it… sound electronic cash for everyone.. even the poorest people on the planet,” a BCH supporter wrote in response to Musk’s dogecoin statement.

Other people responded by recommending things like Paul Sztorc’s Drivechain (BIPs 300+301) and the Stacks protocol. A Stacks representative wrote that Musk’s requests have been innovated on for quite some time now and he believes Stacks offers these benefits.

“Everything that Elon Musk is saying is what the space has been innovating for the past 5 years,” Louise Ivan Valencia tweeted to Musk. “TLDR; Stacks adds scalability [and] smart contract functionality to Bitcoin without modifying it.”