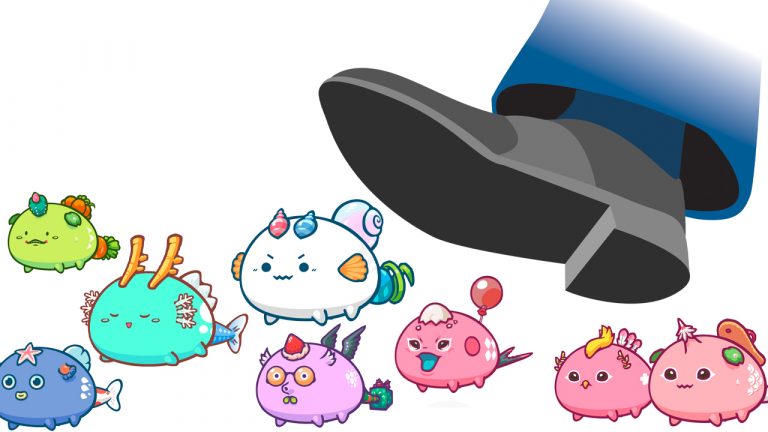 Axie Infinity Down More Than 40% Since All-Time High

Not too long ago, the axie infinity (AXS) token was a topical conversation because it reached an all-time high on July 15. At the time, AXS managed to capture $28.93 per unit and since then it has shed 12.8% during the last seven days.

The axie infinity (AXS) token is used within the blockchain-based game that involves battles between token-based creatures called “Axies.” AXS is used for the game’s governance system as well as other actions within the game. At the time of writing axie infinity (AXS) is exchanging hands for $16.70 per coin.

Another token that’s used within the game is a coin called smooth love potion (SLP) and the crypto asset has also seen its value drop since tapping an all-time high (ATH). However, SLP tapped an ATH two days before AXS did when it reached $0.39 per unit.

While battling in Axie Infinity’s adventure mode, players can earn SLP as rewards. SLP has lost 4.3% during the last week and 24-hour statistics show SLP is down 8.6%. SLP has a market capitalization of $133 million on Monday while AXS commands a market valuation of around $922 million.