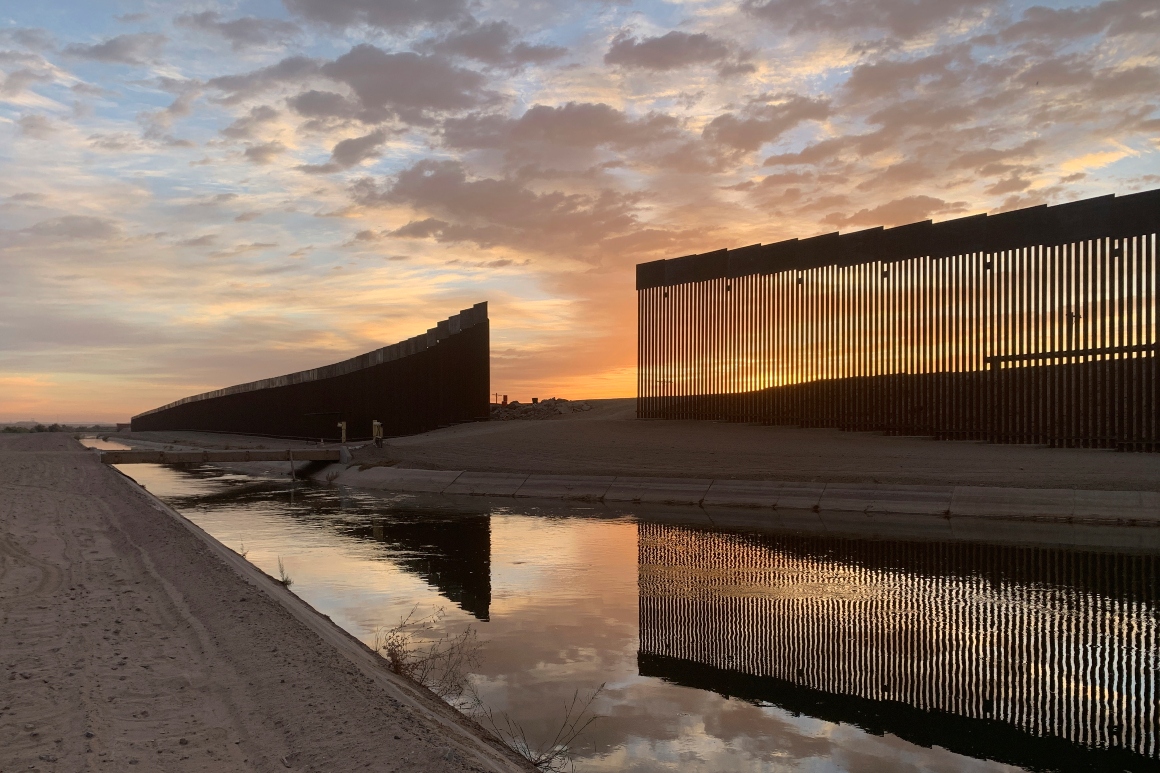 The White House is expected to reopen the U.S.-Mexico border in the coming weeks, and even President Joe Biden’s allies are worried he’s not ready for the logistical and political impact, including an avalanche of Republican attacks that will follow.

In a series of phases, the Biden administration is expected to lift the public health authority, Title 42, invoked by former President Donald Trump at the start of the pandemic. Trump cited the risk of spreading coronavirus to argue that the government needed to quickly kick out migrants arriving at the border without allowing them to seek asylum. The phased-in approach means Biden could first end the practice of turning away families and then, later this summer, for single adults, according to people familiar with the discussions.

Given the country’s reopening and Biden’s promise for a fair and humane immigration system, immigrant advocates say the move is long overdue. But administration officials and immigration experts expect that lifting the order will result in a spike in the number of migrants arriving at the border — at least in the short term.

Even with the phased-in approach, a sharp increase in migrants poses a major challenge for the administration over how to handle their arrival — hold them in detention centers or release them as they await their court proceedings, which can take years given a long backlog of cases. And Republicans plan to highlight any increase in migrants or delays in processing them in campaign ads, mailers and debates in races all over the country as part of a long-planned strategy to use immigration to try to retake Congress in the midterm elections next year.

“The administration is repeating the mistakes of 2015 by underestimating the power of a border security argument,” said Ali Noorani, executive director of the National Immigration Forum, an immigrant advocacy group. “And, as a result, they run the risk of losing the moderate voters who said, ‘You know what, I want a more rational approach to immigration, but still one that keeps us safe.’”

53 percent of voters say they are less likely to support Democrats for Congress because of the increase in migrants at the border, according to a new poll by the National Republican Senate Committee and the Republican Governors Association. 23 percent say they’re more likely.

Republican National Committee spokesperson Emma Vaughn described the expected lifting of Title 42 as “dangerous” following other border policies that she said have already contributed to an increased number of migrants along the border.

“As Republicans at the local, state, and federal level are stepping up to lead our nation through this growing crisis, Americans are taking note — voters across the country have rejected Biden’s failed leadership at the border,” she said.

Immigrant advocates and public health experts for months have said the politics around lifting Title 42 is irrelevant: Use of the order is unlawful, inhumane and not justified by public health.

“If the Biden administration believes there’s another rationale for denying asylum seekers the right to a hearing, then they need to invoke that. But they cannot use Title 42 as a pretext to regulate migration flows,” said Lee Gelernt, deputy director of the American Civil Liberties Union’s Immigrants’ Rights Project.

“That’s a political position, not a legal position,” said Gelernt, who is the lead lawyer in the ACLU’s case challenging the legality of the U.S. using Title 42 to expel families.

But Democrats acknowledge that the politics surrounding the likely move are tricky, at best.

A former Obama immigration official who is close to the Biden administration acknowledged Biden is vulnerable on the border. “His immigration number is low, there’s no doubt about it,” the person said. But in order for it to drag his overall approval rating down, the person said, lifting Title 42 would need to lead to “visual chaos on the border.”

Rep. Henry Cuellar (D-Texas), who has been critical of the Biden administration’s immigration policy, said he’s looking forward to seeing the border closure lifted for nonessential travel, which has crippled towns along the Mexican and Canadian borders accustomed to tourism, but knows there will be major challenges with lifting Title 42. 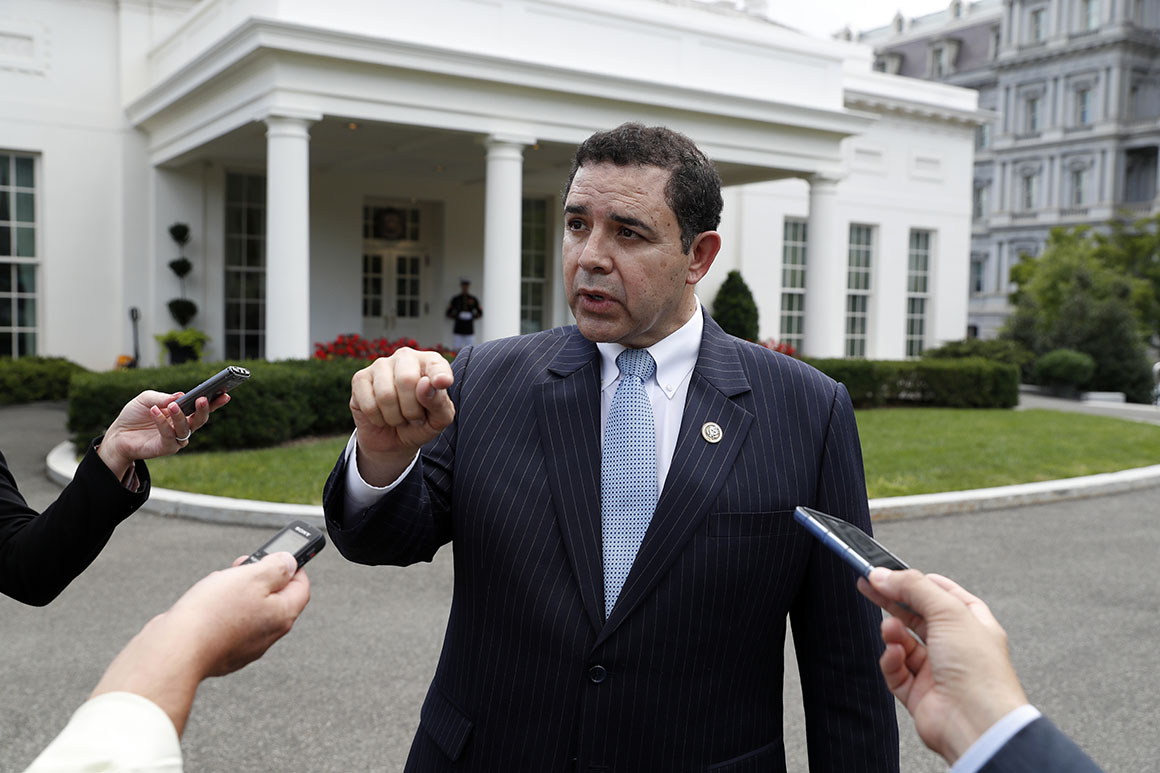 Lifting the rule is “going to provide another incentive and the drug cartels are going to start saying [to potential migrants]: ‘Hey, you can come in,’” Cuellar said, adding that Border Patrol agents and law enforcement along the border have told him they expect it to be lifted soon and are prepared to handle a new rush of migrants coming to seek asylum.

Biden has vowed to create a fair and humane immigration system but his aides have found that quickly reversing Trump’s policies can create logistical — and political — problems. Record numbers of unaccompanied children at the border led to enormous attention on immigration at the start of his presidency. However, in recent weeks, the border has been overshadowed by other issues, including Biden’s spending plans and voting restriction laws pushed in several states.

A White House spokesperson declined to comment on Title 42 except to say the administration is working to rebuild the dilapidated asylum system and to process certain groups of people, including those who had been forced to wait in Mexico for their cases to be heard under a separate Trump-era policy.

The Department of Homeland Security referred questions about Title 42 to comments Secretary Alejandro Mayorkas made earlier this week. In an interview with CBS, Mayorkas reiterated that Title 42 is “not an immigration policy” and its use is determined by the Centers for Disease Control.

“It’s driven by what is in the best public health interest of the American people,” Mayorkas said.

Border agents have expelled migrants more than 867,000 times using Title 42 since March 2020, according to figures from U.S. Customs and Border Protection. Immigration experts, however, have made clear that the 867,000 number is not necessarily individual migrants; There has been a high rate of recidivism, which is when migrants are expelled and then try to cross again into the U.S.

In May, the most recent statistics available, more than 180,000 migrants were apprehended along the border with 112,302 expelled under Title 42, according to CBP. Of those, 38 percent were individuals who had already attempted to cross at least once in the previous 12 months. The average one-year reencounter rate was 15 percent for fiscal years 2014 through 2019, CBP said.

Earlier this year, the Biden administration was more vocal in its discussions around immigration — holding regular media calls to discuss the spike in the number of migrants arriving at the border. In early April, for example, the White House organized a media call with administration officials to discuss CBP’s monthly release on numbers of apprehensions. Since then, CBP has released April and May apprehension numbers in the late afternoon without a press call to roll out the details.

Republicans, however, have made sure to highlight the monthly topline numbers without mentioning that a majority of migrants apprehended are being quickly expelled under the Trump-era order. And with an eye on 2022, they are likely to make an even greater push as soon as Biden lifts the order, according to interviews with more than half a dozen political operatives involved in midterm elections.

“If Biden and Harris lift the highly effective Title 42 restrictions entirely, which have already been rendered far less effective since they took office, then expect a tsunami of illegal migrants, and perhaps at the worst time of summer heat,” said Steve Cortes, a former Trump campaign aide who remains close to the former president. “It could be substantially worse than it already is now.”

In recent weeks, Republicans have stepped up their attacks, traveling to the border, writing letters and calling for investigations. The RNC purchased a mobile billboard to highlight the increase in migrants to coincide with Vice President Kamala Harris’s trip to the border last week. The NRSC ran one of its few ads so far against Sen. Mark Kelly (D-Ariz.) arguing his votes don’t match his tough talk against Biden’s immigration policy. And the National Republican Congressional Committee has targeted a trio of House Democrats in border states, Cuellar and Vicente Gonzalez of Texas and Tom O’Halleran of Arizona. 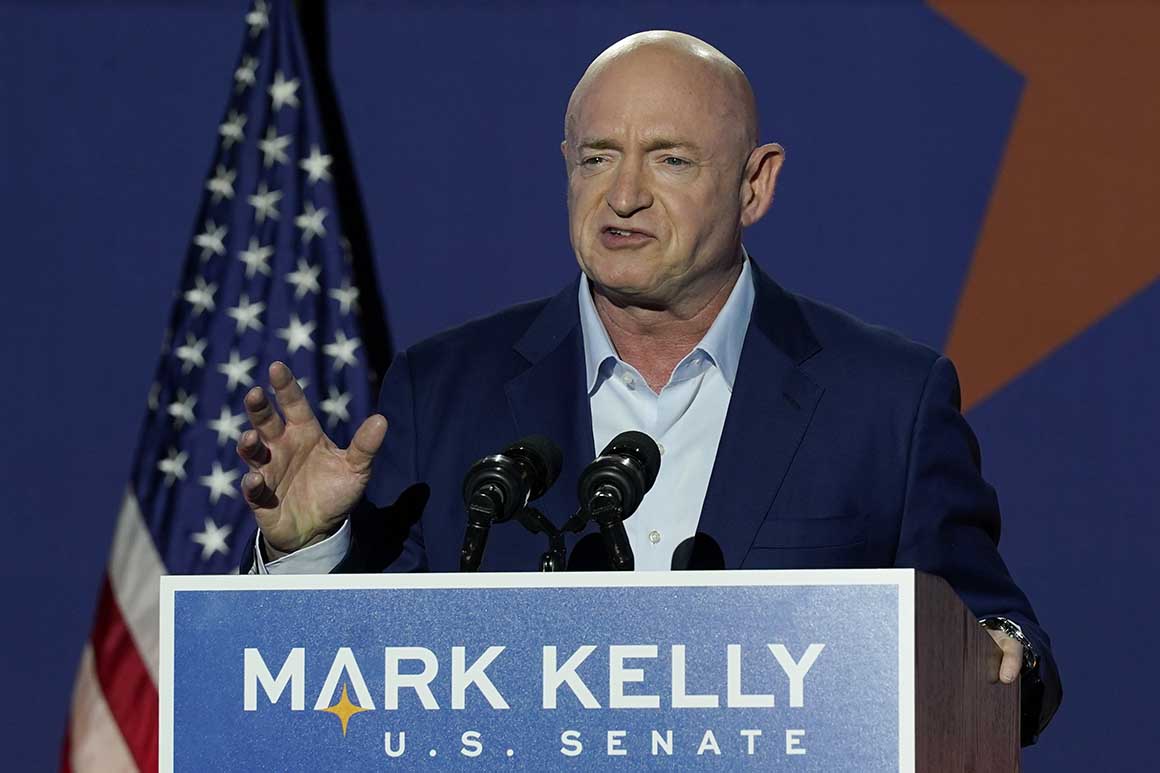 Republicans say they have already seen some success — believing immigration played a role in flipping the mayoral seat in Hidalgo County, home of McAllen — and they are buoyed by new polling showing Biden receives some of lowest marks on the issue.

Trump first cited the little-known and sweeping Title 42 statute in March 2020, directing federal officials to expel migrants who crossed the northern and southern borders instead of detaining and processing them — an effort that was said to be aimed at preventing the spread of coronavirus in holding facilities.

Biden continues to turn away most of the migrants encountered at the border, including single adults and most families, but has made exceptions for unaccompanied children to stay for humanitarian reasons.

Democratic lawmakers and public health experts have urged the administration to rescind the policy, arguing that migrants could be tested and isolated when they enter the country to help stop the spread of Covid-19. Even immigrant advocates who support Biden accuse the administration of continuing the use of Title 42 to restrict immigration, a charge the administration denies.

The Biden administration is also navigating whether or not to pursue a phased-in approach given that there isn’t a public health justification for letting in families and not single adults.

“There is no public health rationale for distinguishing between single adults and families,” said Eleanor Acer, senior director of the refugee protection program at Human Rights First.

Lifting Title 42 for families and keeping it in place longer for single adults, Acer said, would disproportionately impact African asylum seekers, many of who are not traveling with their families given the long distances from their home countries, and LGBTQ asylum seekers who may be traveling alone or with people not recognized as their family by the Department of Homeland Security.

In the end, Acer said, advocates support the administration’s discussions around improving the immigration system, but that doesn’t mean they can keep Title 42 in place while they figure it out.

“Yes, they want to further improve the asylum system,” she said. “But you can’t simply stop upholding our existing laws because you want to make some systems stronger and you want to staff them better and get them moving quickly.”