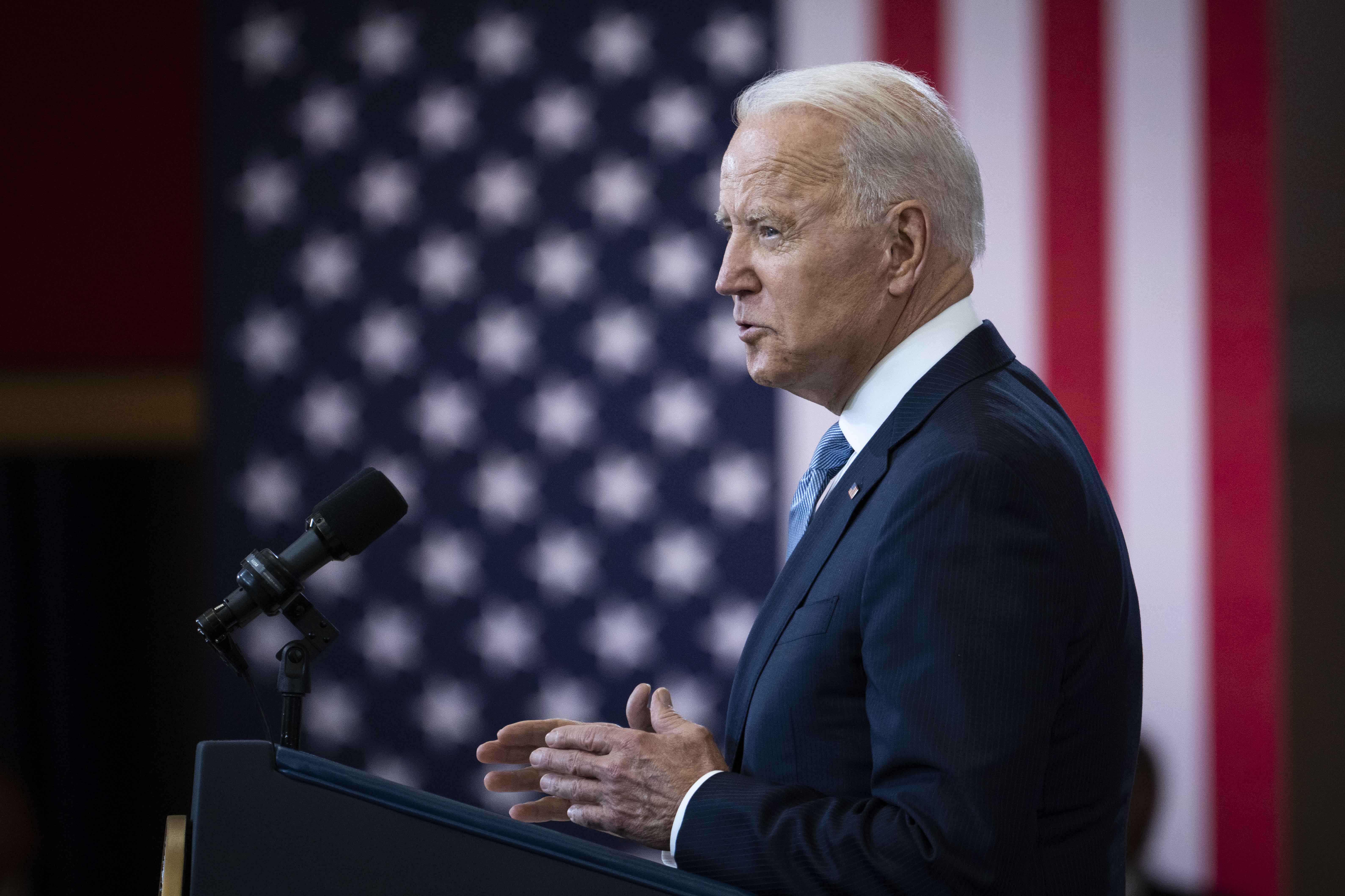 President Joe Biden has directed evacuation flights for Afghan interpreters and other nationals who helped the U.S. military during the 20-year conflict to begin late July, the White House announced on Wednesday.

Afghan nationals in the pipeline for special immigrant visas and their families will wait in one or more locations outside of Afghanistan while the State Department finishes processing their paperwork to enter the United States, White House press secretary Jen Psaki told reporters.

Psaki declined to provide details about where the Afghans are going or how many applicants are eligible for the relocation flights. However, the administration is looking at using military bases, both abroad and in the continental United States, to temporarily host those eligible, Pentagon spokesperson John Kirby confirmed Wednesday.

The Biden administration is in talks with the government of Uzbekistan to potentially host the applicants, but no plans have been finalized, according to a congressional source briefed on the subject. However, Tajikistan, another option the administration had been exploring, is “a no-go,” the person said.

A State Department spokesperson said the administration is discussing its options with a number of countries “who share our concerns,” but declined to share additional details.

The military has so far not been asked to provide transportation for the eligible Afghans, who in many cases face perilous journeys from their homes across the country to Kabul for the relocation flights, Kirby said. In addition to helping the State Department identify possible locations, the Pentagon will also continue to identify additional Afghans who might be eligible for special visas, he said.

The news comes less than a week after Biden announced that the United States would begin relocation flights for the thousands of Afghans this month, as the U.S. military approaches the end of the Afghanistan drawdown. U.S. Central Command said this week that the withdrawal is 95 percent complete.

Afghan interpreters and translators are under threat by the Taliban for aiding U.S. forces over the past 20 years.

In a sign that the administration is still in discussion with central Asian countries to potentially host eligible Afghans, Ambassador Tracey Jacobson, a three-time chief of mission in Tajikistan, Turkmenistan and Kosovo, is leading the State Department unit responsible for the effort, dubbed “Operation Allies Refuge.”

The group also includes representatives from the Departments of Defense and Homeland Security. Russ Travers, the deputy homeland security adviser and former head of the National Counterterrorism Center, is coordinating the effort across agencies.

A U.S. delegation will travel to Uzbekistan this week to meet with leaders across central Asia, the White House announced earlier on Wednesday. Zalmay Khalilzad, the U.S. special representative for Afghanistan reconciliation, will be among the delegation.

Emily Cadei contributed to this report.