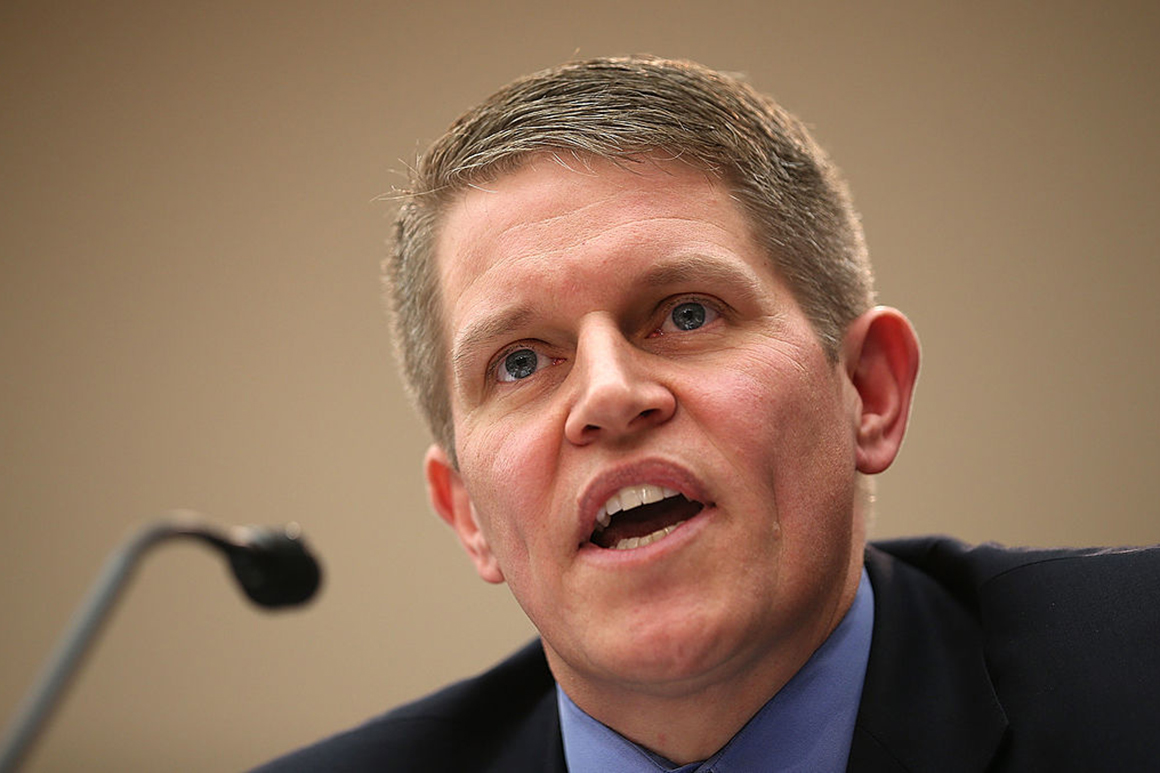 As President Joe Biden tries to go on the offensive against rising gun crime, his pick to oversee the nation’s firearm regulations is stuck in limbo in the Senate.

A handful of moderate Senate Democrats, most from red states, remain undecided on Biden’s nomination of David Chipman to lead the Bureau of Alcohol, Tobacco and Firearms. With the GOP galvanized to turn Chipman’s bid into a litmus test for Democrats’ commitment to the Second Amendment, citing the nominee’s past work for a prominent gun control group, that leaves Biden with a potential political problem that could hobble his messaging on both guns and crime.

On Monday, at least four Democratic caucus members were publicly mum on whether they’d support Chipman. Sen. Angus King (I-Maine) said he hadn’t made up his mind, while Sen. Joe Manchin (D-W.Va.) said he was still “working on it. “

“I’ve spoken to him a few times, had a Zoom call with him, trying to get all the facts and figures on this stuff, his credentials,” Manchin said. He added that Chipman’s experience “seemed to be exemplary” but that he’s still considering “everything else that people have concerns about.”

Chipman is currently a senior policy advisor to Giffords, a gun control advocacy group, after previously spending more than two decades at the ATF. That gun control work makes his nomination an even harder lift in the upper chamber, where Democrats will likely need unanimous support from all 50 members of their caucus to get him confirmed.

Senate Republicans are lining up in opposition, with Minority Leader Mitch McConnell denouncing Chipman as an “anti-gun extremist” and even moderates like Sen. Susan Collins (R-Maine) suggesting the nominee is out of the mainstream.

While Biden’s White House touts its plans to combat an uptick in crime this summer by stopping the movement of illegal firearms — a central job of the ATF — Republicans are turning Chipman into a pressure point for swing-vote Democratic senators. Donald Trump Jr. is jumping into the battle over Biden’s ATF pick, calling on voters to pressure red-state centrists Manchin and Tester. And the GOP Senate campaign arm is also tracking the nomination closely.

“The Democrats are mounting an all-out assault on the 2nd Amendment rights of law-abiding Americans,” said Chris Hartline, a spokesperson for the National Republican Senatorial Committee. “The NRSC will certainly be closely watching which Democrats stand up for their constituents and which Democrats continue to take their orders from Chuck Schumer, Bernie Sanders and the radicals that run today’s Democrat Party.”

Public uncertainty about Chipman is palpable among Democrats. Sen. Jon Tester (D-Mont.) said he’s “ still analyzing,” but noted he’s not “feeling the urgency because I don’t know when he’s scheduled to” get a vote. And Sen. Maggie Hassan (D-N.H.), who is up for reelection in 2022, hasn’t yet made an announcement on the nominee but is planning to meet with him before she does.

So far this year, Biden has only seen one of his appointments, Neera Tanden for the Office of Management and Budget, fail in the Senate thanks to bipartisan opposition. The White House also withdrew the nomination of Elizabeth Klein for deputy secretary of the Interior Department after it became evident Klein didn’t have the votes for confirmation.

Chipman’s nomination deadlocked in the Senate Judiciary Committee at the end of June but can still advance to the Senate floor if the chamber votes to discharge him. Senate Majority Leader Chuck Schumer, who on Sunday raised questions about the National Rifle Association’s spending on ads related to the Chipman nomination, has yet to schedule that floor vote.

“Chuck’s gotta make that decision,” said Senate Majority Whip Dick Durbin (D-Ill.), who is planning to sit down with a handful of fellow Democrats soon to discuss Chipman. “We’re talking to [moderate Democrats] and the response is good, but we aren’t assuming anything. We’ll keep working.”

During his confirmation hearing, Chipman came under pressure from Senate Republicans for stating last year in an interview that new gun owners without training should only bring their guns out “if the zombies start to appear.” Chipman, during his hearing, described the remarks as “self-deprecating.”

The impasse on his nomination comes as the White House makes a major push on gun violence prevention amid a recent crime increase in major cities. Biden met with Attorney General Merrick Garland, state and local officials and a violence intervention expert on Monday as they discussed the president’s strategy to encourage cities to spend unused Covid relief funds to strengthen police departments and combat gun violence. Cracking down on illegal firearms, part of the ATF’s mandate, is another centerpiece of the Biden strategy.

“We’ve been at this a long time. A long time. Most of my career has been on this issue,” Biden said at the beginning of their meeting.

Chipman would be only the second Senate-confirmed director of the agency. The only other nominee the chamber confirmed was B. Todd Jones in 2013, under President Barack Obama.