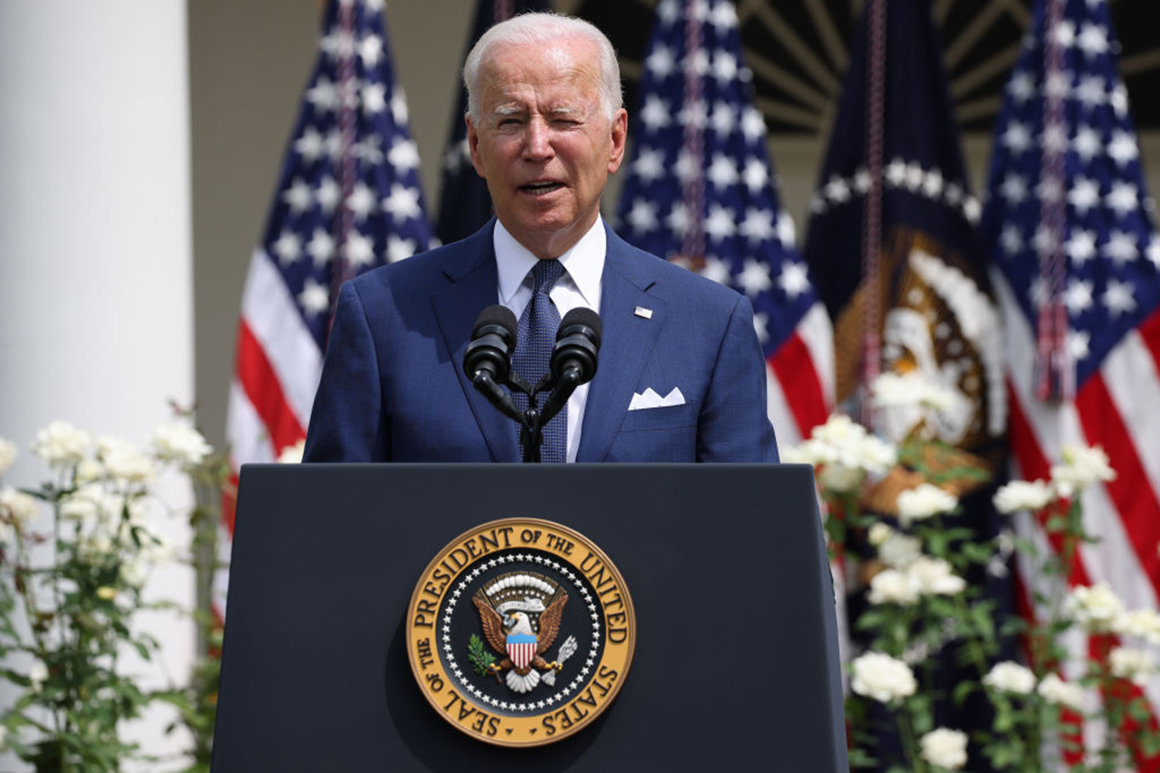 President Joe Biden said Tuesday that a Covid vaccine mandate for all federal employees is “under consideration right now.”

“If you’re not vaccinated, you’re not nearly as smart as I thought you were,” Biden told reporters at the Office of the Director of National Intelligence, where he addressed the intelligence community in the afternoon.

The federal government is the nation’s largest employer. A blanket mandate could affect at least 4 million federal employees, a number that includes civilian workers and members of both the U.S. military and the U.S. Postal Service. It’s unclear whether such a requirement would apply to members of the military, though the Defense Department has had “preliminary discussions” about requiring vaccines for all U.S. troops once the shots receive full approval from the Food and Drug Administration.

Biden’s comments come after a flurry of mandates were unveiled Monday, including from the Department of Veterans Affairs, which became the first federal agency to require inoculations for some of its workers.

The VA mandate includes health care workers like physicians, dentists, nurses, physician assistants and other frontline medical staff at its facilities across the country. The VA employees have eight weeks to be fully vaccinated.

Also Monday, New York City announced municipal employees had to get vaccinated or face weekly Covid testing. California Gov. Gavin Newsom said all state employees and health care workers had to get the shots, or would also be subject to frequent testing.

Biden was also questioned Tuesday about whether the CDC’s latest mask guidance is confusing for Americans. He dodged with his common refrain that this is a “pandemic of the unvaccinated.”

“If those other 100 million people got vaccinated, we’d be in a very different world,” Biden said. “So get vaccinated.”