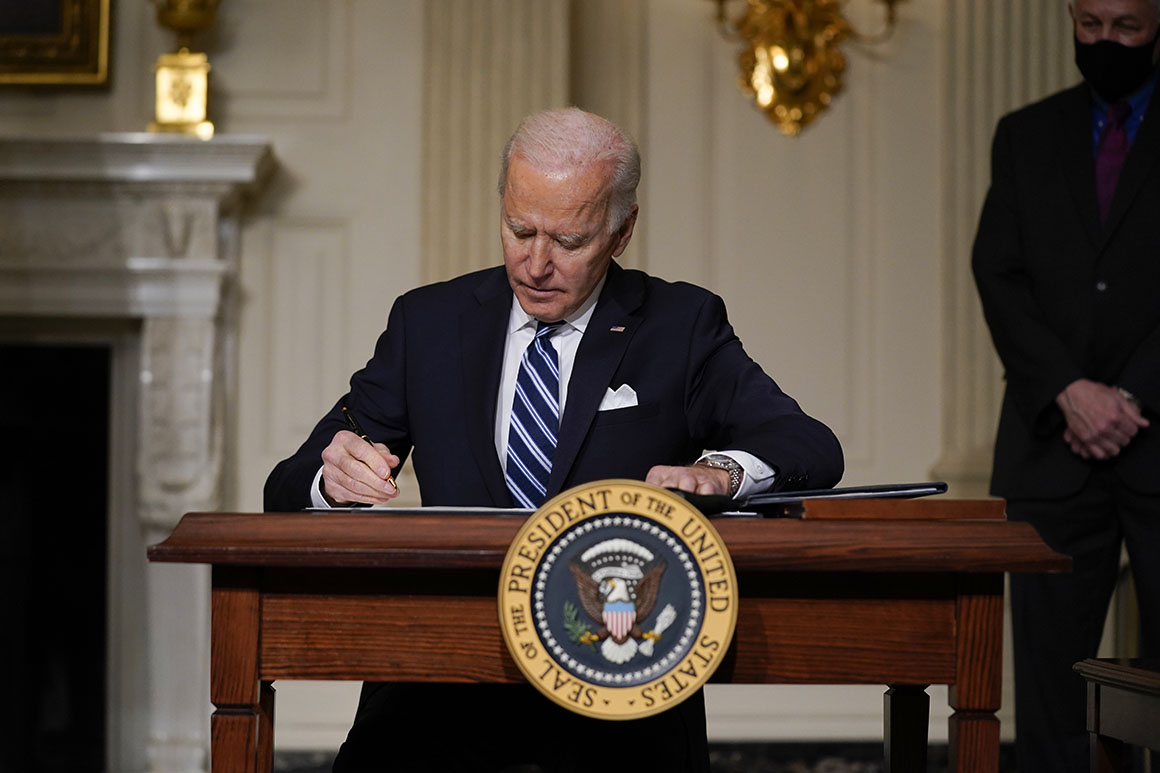 The White House is scheduled to issue an executive order Friday to promote competition throughout the U.S. economy in the most ambitious effort in generations to reduce the stranglehold of monopolies and concentrated markets in major industries.

The order — whose details POLITICO first reported last week — marks a major push by President Joe Biden’s administration to focus on competition as part of the economic recovery from the pandemic. It also offers a response to progressives’ criticisms that the federal government has focused too much on supporting banks and other corporations without concern about the effect on consumers, who have watched their choices dwindle over the years.

The order’s impacts could be felt in industries including agriculture, airlines, health, broadband and banking. Previously unreported elements include a provision urging the Federal Communications Commission to reinstate its Obama-era net neutrality rules, as well as a call for financial regulators to allow data sharing among financial companies.

Over the past week, the White House has trickled out information on various aspects of the order and how it will encourage greater consumer protections and competition.

The order is expected to include initiatives such as forcing airlines to refund fees to passengers who receive shoddy Wi-Fi service or baggage handling; restricting businesses’ ability to foist noncompete agreements on employees; challenging occupational licensing requirements that limit competition in industries like health care; and guaranteeing farmers and motorists the right to repair their own vehicles without voiding warranty protections. The last provision would also have implications for consumer products like Apple’s iPhones.

“The overarching objective with the executive order is to make sure the president is encouraging competition in industries around the country,” White House press secretary Jen Psaki told reporters Thursday.

Taking aim at just one industry the order is expected to cover, Psaki added: “It doesn’t sound right to most people that there are three shipping companies that are dominating the market and upping and increasing costs for suppliers, small businesses, people across the country. That doesn’t sound right or fair, because it isn’t.”

Background: The executive order builds off one that former President Barack Obama issued in 2016, which encouraged agencies to consider competition in their decisions and rulemakings. That order — largely the work of Jason Furman, chair of the White House Council of Economic Advisers — came near the end of Obama’s presidency. Few agencies followed through on the White House’s prodding, and those that did saw their actions largely overturned by former President Donald Trump’s appointees.

Biden’s order will go a step beyond Obama’s by offering pointed suggestions for steps to take, rather than leaving implementation entirely to the agencies.

The new order is the product of months of negotiations among White House officials, particularly Tim Wu — who served on Obama’s National Economic Council and is now a Biden aide focused on technology and competition policy — along with the Justice Department, Federal Trade Commission and other federal agencies.

While the White House can command executive branch agencies like the departments of Transportation and Agriculture to take action, the order styles its directions as “suggestions” to avoid the appearance the administration is inappropriately seeking to direct independent agencies like the FCC or FTC. That could avoid the kind of blowback that Trump faced when he pressed both agencies to crack down on social media companies.

A Columbia University law professor and antitrust advocate, Wu is considered one of the founders of the New Brandeis movement in antitrust, along with Lina Khan, a fellow Columbia professor whom Biden named FTC chair last month. Wu and Khan have both argued that the federal government should use a variety of tools beyond antitrust enforcement, particularly agency rulemakings, to promote competition.

The White House order is expected to include these items, three people familiar with the executive order said:

Airlines and shipping: The Transportation Department will issue rules aimed at boosting transparency of airlines’ fees for baggage and Wi-Fi service while helping consumers recover those costs when their trips are delayed or the service is substandard. 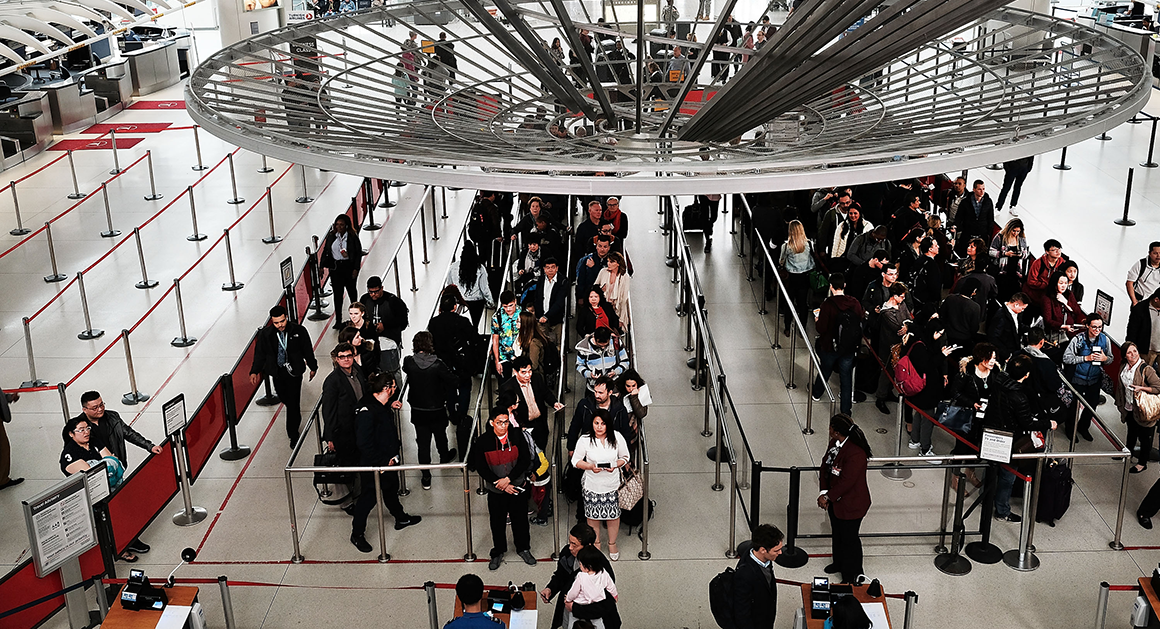 The agency had proposed similar rules in 2016 that would have forced airlines to disclose baggage and change fees before passengers buy their tickets, but the Trump administration canceled the rulemaking.

The executive order also suggests that the agency look into ways to encourage competition at major U.S. airports with capacity constraints, such as New York’s JFK International and Ronald Reagan Washington National near D.C.

And the order tasks the Federal Maritime Commission, which regulates ocean shipping, and the Surface Transportation Board, which oversees trucking and railroads, with seeking ways to reduce consolidation and bring down shipping costs.

Agriculture: The USDA will undertake several rulemakings aimed at protecting farmers and ranchers against unfair practices by large meatpackers and other agribusinesses. 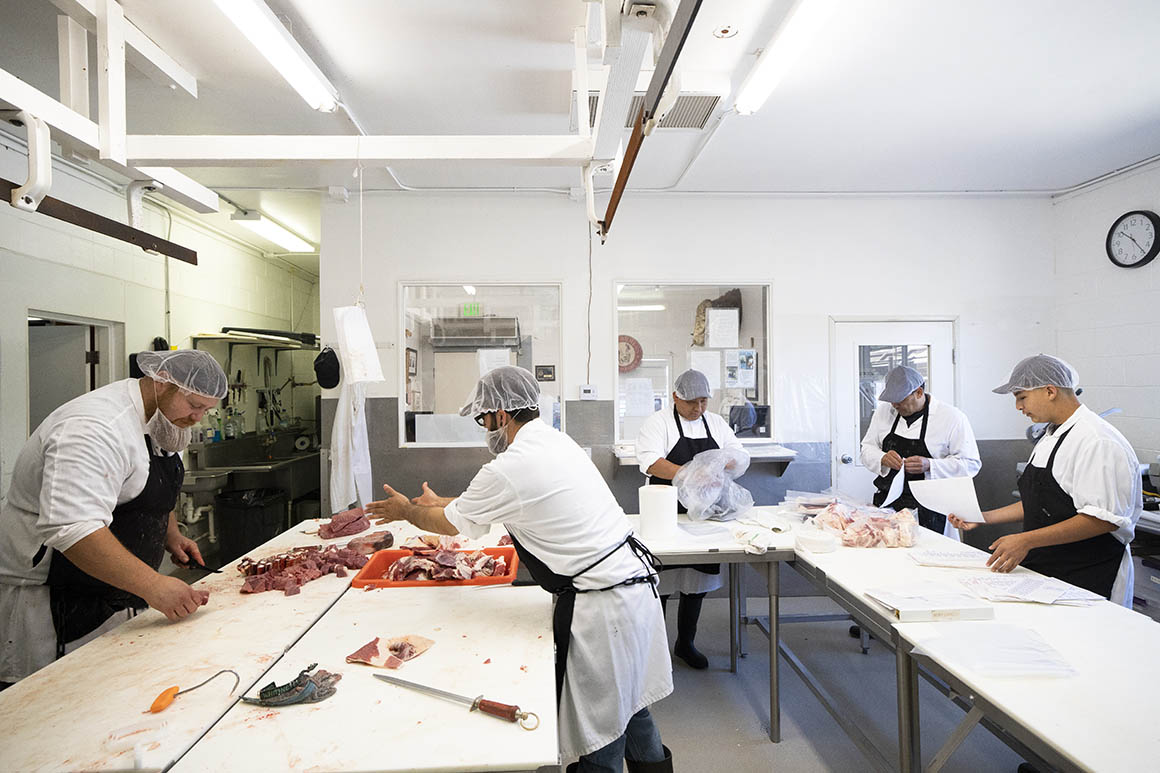 The rules seek to make it easier for the agency to challenge unfair and deceptive practices by meat processors and would allow farmers to more easily file complaints with USDA or sue under the Packers and Stockyards Act. It would also tighten the rules for so-called poultry grower tournament systems, in which contract farmers are paid more or less than their peers in the same area depending on how closely they meet buyers’ standards.

The agency is also moving forward with rules that seek to increase food access through alternatives to supermarkets, like local farmer’s markets, and increase consumer transparency about where meat is raised.

Labor: The order takes aim at noncompete agreements — contractual provisions that attempt to prevent workers from switching jobs within the same industry — and urges the FTC to make rules barring them. About one in five Americans today is bound by noncompetes, particularly in tech and health care, where the clauses are common.

The order will also urge the FTC and the Justice Department to challenge overly broad job licensing requirements imposed by state governments, a move the administration says could make it easier for workers to obtain new licenses when they move to a new state. During the pandemic, about half of U.S. states agreed to modify their occupational licensing requirements to allow out-of-state physicians and health care workers to work in the state or offer telehealth services.

Financial Services: The order is also expected to support open banking regulations, which seek to allow data sharing among financial firms to increase consumer convenience and price transparency. New regulations could provide more clarity about the consumer protection and cybersecurity obligations of financial apps that have access to data from customers’ bank and brokerage accounts.

Under the 2010 Dodd-Frank law, consumers have the right to access their own financial data. The Consumer Financial Protection Bureau has yet to issue standards that would govern consumer requests and transfers, however, although it started a potential rulemaking on the subject in October.

Progressive groups have called on the Biden administration to adopt a strong interpretation of the law that would make it easy for consumers to switch among banks and take advantage of innovative upstart technology firms that provide lending and investing services.

Right to repair: The order will also task the FTC with establishing rules on when consumers can bypass manufacturers to seek repairs on products they own, a concept known as “right to repair.” The widespread issue affects farmers seeking to fix their own equipment, as well as consumers who want to use cheaper independent mechanics rather than car dealerships for auto repairs ― or small repair shops instead of Apple for cracked iPhone screens.

In a May report to Congress, the FTC suggested it might undertake such a rulemaking that would clarify when repair restrictions violate the law. 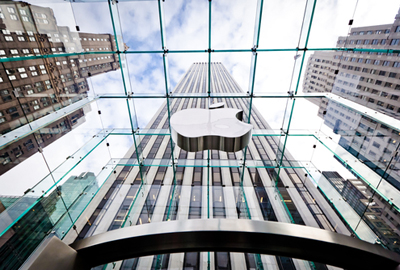 Manufacturers have fought against “right to repair” proposals, saying they could expose customers to substandard repairs or even violate their privacy by undermining devices’ security.

Mergers: The order would urge the FTC and DOJ to update guidance on how they review mergers, potentially pulling back on guidelines the Trump administration approved last year. Those guidelines focused on so-called vertical mergers, which involve companies that are not direct competitors but are in the same supply chain, and which have typically attracted little scrutiny from regulators. The FTC’s two Democrats opposed the Trump-era update, calling it overly deferential to business.

The order will also recommend that federal banking regulators work with the Justice Department to update guidance on bank deals. The DOJ partners with the Federal Reserve, the Office of the Comptroller of the Currency and the Federal Deposit Insurance Corp. to vet bank mergers, but hasn’t changed how it looks at potential tie-ups since 1995.