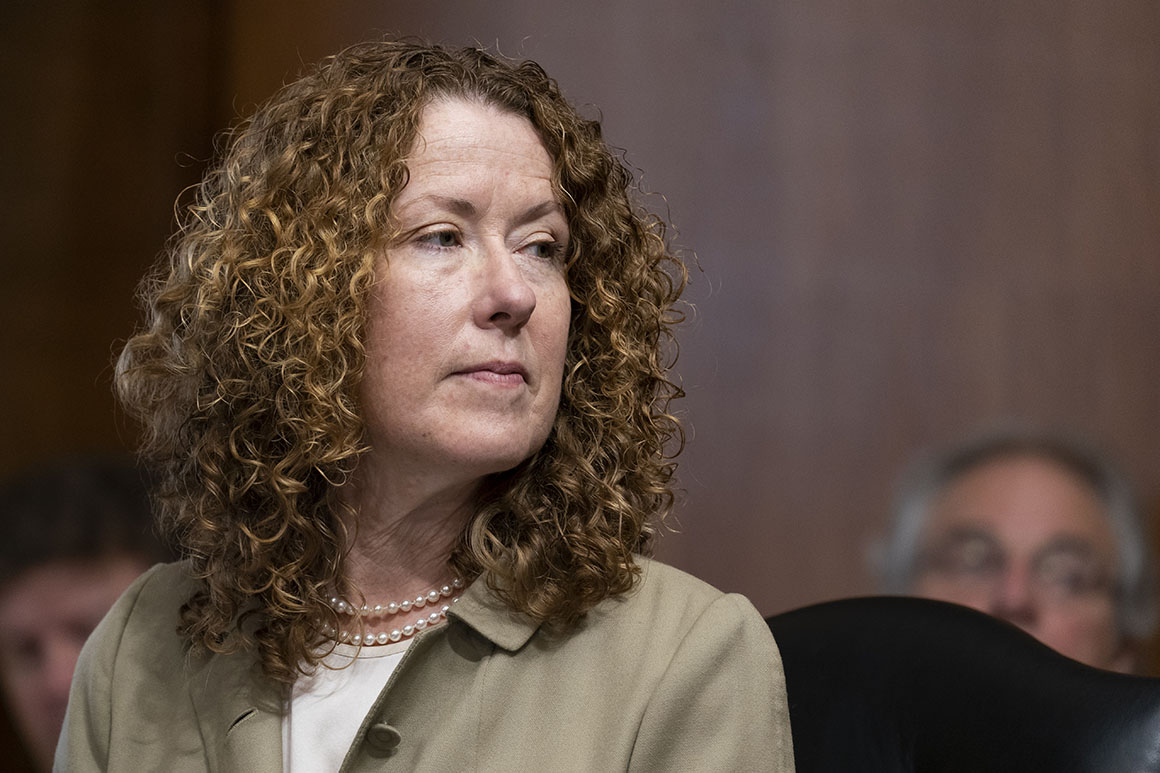 A decades-old tree-spiking incident is threatening to bring down President Joe Biden’s pick to lead the Bureau of Land Management.

A retired federal investigator involved with the case came forward Wednesday to allege that Tracy Stone-Manning engaged in “vulgar, antagonistic, and extremely anti-government” behavior during the 1989 investigation.

Stone-Manning has repeatedly distanced herself from the tree-spiking, which she was connected to indirectly when she was a graduate student involved with the environmental group Earth First! But the political heat surrounding her nomination is likely to grow following a letter sent to the Senate Energy Committee by retired U.S. Forest Service criminal investigator Michael Merkley, who said Stone-Manning knew she was under criminal investigation at the time.

“She was aware that she was being investigated in 1989 and again in 1993 when she agreed to the immunity deal with the government to avoid criminal felony prosecution,” Merkley wrote in a letter obtained by the committee and shared with POLITICO.

When asked if she had ever been the target of an investigation, arrested or charged with a crime in her official Senate committee questionnaire from earlier this year, Stone-Manning had answered “no.” The designation of target is generally reserved for individuals for whom an investigation finds substantive evidence of their committing a crime.

Stone-Manning’s awareness that investigators suspected she had knowledge of the tree-spiking, a practice advocated by some fringe environmental groups in which metal or other material is inserted into trees set for logging, was first reported in E&E News in June, citing an anonymous retired law enforcement agent. But Merkley’s letter to senators, attaching his name, includes new and potentially contentious details about the nominee’s actions during the investigation.

During the 1989 inquiry, Merkley wrote, “Ms. Stone-Manning was extremely difficult to work with; in fact, she was the nastiest of the suspects. She was vulgar, antagonistic, and extremely anti-government.”

The Interior Department did not respond to specific questions regarding Merkley’s letter about Stone-Manning, who later served as chief of staff to former Montana Gov. Steve Bullock and as an aide to Sen. Jon Tester (D-Mont.). Instead. a department spokesperson released Stone-Manning’s responses to more than three dozen pages of additional questions for the record from her confirmation hearing.

Under questioning during her confirmation hearing from the Energy panel’s top Republican, Wyoming Sen. John Barrasso, Stone-Manning said that “I do not condone tree spiking or terrorism of any kind” and “I had no involvement in the spiking of trees.”

Barrasso said the new letter from the retired investigator provided even more reason for Biden to withdraw her selection.

“This new information confirms that Tracy Stone-Manning lied to the committee that she was never a target of an investigation,” he said in a statement. “President Biden must withdraw her nomination and if he does not, the Senate must vote it down.” 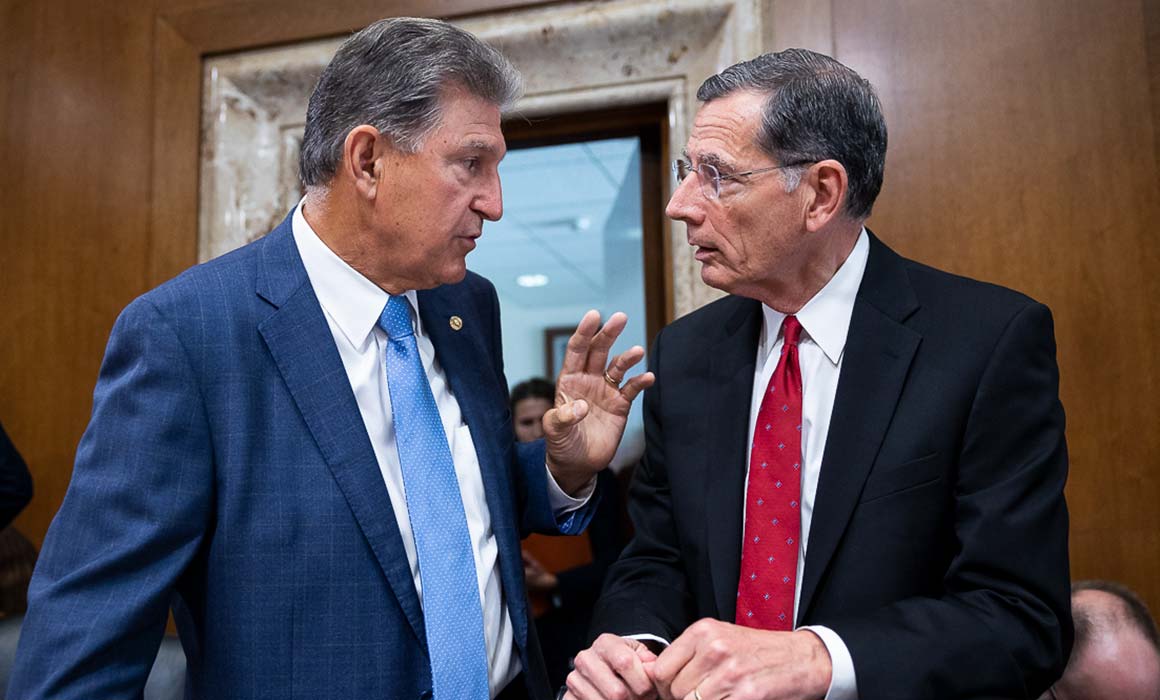 The development comes as Republican opposition to the nominee to lead BLM, which oversees the nation’s public lands, reaches a fever pitch. All Republicans on the Energy Committee demanded Biden withdraw her nomination on Wednesday. Messaging against the pick has risen to the GOP leadership, with the Senate Republicans Communications Center blasting Stone-Manning in a release Tuesday.

The committee is divided equally between the parties, meaning that her nomination could deadlock if brought to a vote. Should that occur, Senate Democratic leaders can extract Stone-Manning and bring her confirmation to the floor by forcing a vote of the full chamber, which is split 50-50.

Energy Chair Joe Manchin (D-W.Va.) has yet to reveal how he’ll vote on the pick, but on Tuesday he called Stone-Manning a “good person” based on what he’d heard to date. Manchin expressed a desire to schedule a committee vote “as quick as we can.” His office did not comment on the latest letter.

Stone-Manning wrote in her earlier questionnaire that she had testified as part of an investigation into the incident.

George Breitsameter, a former federal prosecutor who represented the government in the tree spiking case, said Stone-Manning had not been a target of the investigation by the time the case reached the courtroom.

“Obviously, she was not a target when she testified at trial,” Breitsameter said in an email. “Investigations evolve based on evidence developed – initially, by investigators and later with the sometime assistance of a prosecuting agency.”

Senate Democrats have overwhelmingly rallied around the nomination, the opposition to which they attribute to Stone-Manning’s involvement in Montana Democratic politics.

In the 1989 case, two men who Stone-Manning eventually testified against were convicted of inserting spikes into trees to prevent their being cut down by loggers. During testimony in 2013 for her nomination to lead Montana’s Department of Environmental Quality, Stone-Manning said she had re-typed a letter from one of the men warning that the trees had been spiked and sent anonymously to the U.S. Forest Service to warn of the danger.

In a response to a question for the record of whether she had “personal knowledge” of, participated in, or in any way directly or indirectly supported activities associated with the spiking of trees in any forest during her lifetime, she responded “No,” according to the questionnaire. Stone-Manning added in her replies that she had requested immunity for her testimony on the advice of her lawyer at the time.

Stone-Manning said she believed sending the letter would alert the authorities about the tree-spiking activities to prevent anyone from being harmed.

“I was concerned that if I did not mail the letter, he would not, and I wanted to make sure that someone was made aware of it so that no one would get hurt,” she wrote. “I recall being disturbed with the whole situation and frightened of [one of the men]; I wanted nothing to do with it and did not want anyone to get hurt.”

The White House did not comment on the Merkley letter or whether they planned to withdraw the nomination.