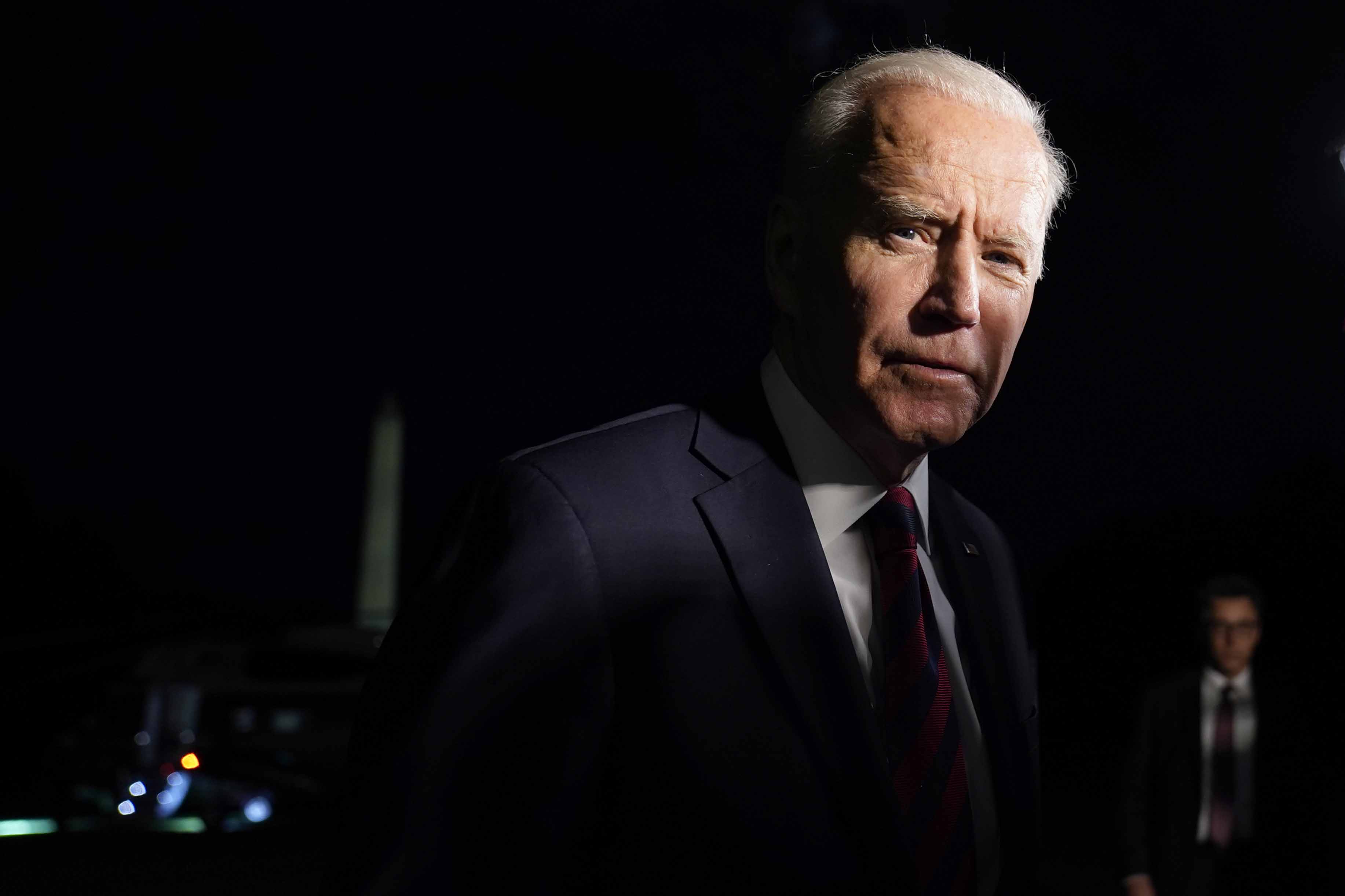 President Joe Biden may finally be nearing the bipartisan win he’s long yearned for but that some in his party say is politically unnecessary and may ultimately prove fleeting.

Despite a failed vote on Wednesday to advance the roughly $1 trillion bipartisan infrastructure deal, White House negotiators have been working aggressively to settle disagreements with GOP senators.

The White House supported Senate Majority Leader Chuck Schumer’s move to force that vote, viewing it as necessary for kicking negotiations into higher gear. As one White House official put it, the president knows when to give Democratic leaders space to manage their caucus.

The move angered Republican negotiators. But it didn’t drive them away. By Wednesday afternoon, 10 GOP Senators had signed onto a bipartisan statement saying they were prepared to vote to break a filibuster in a matter of days. Later that night, Biden credited Sen. Rob Portman, (R-Ohio), for his work in negotiations, saying at a CNN town hall in Cincinnati that he takes Republicans at their word and believes a deal with them would come together.

“This process is complicated, it’s tricky, but it speaks to who this president is,” said Sen. Chris Murphy (D-Conn.) “He wants to bend over backwards to get a bipartisan agreement.”

For weeks, Biden’s pledge to find a bipartisan compromise appeared on life-support. Early negotiations with Senate Republicans stalled and Democrats began openly fretting that the White House was being strung along by the opposition. Through it all, the president’s aides projected calm to the point of it becoming a mantra inside the White House: Settle down. Take a breath. We’re not giving up on it.

If a deal on the massive bill materializes next week, as several senators involved in talks are suggesting, it would represent the most significant validation to date of Biden’s commitment to bipartisanship. It would also support his claims that he possesses a unique congressional acumen. Biden based a large part of his 2020 campaign on breaking the partisan fever in Washington. And though he argued on Wednesday that it was working — “that’s all beginning to move,” he said — many in his party warn that it could be a waste of time and capital.

“There should be a limit to how far you’re willing to bend over backwards, given that the American people did choose to put the Democrats in charge of the White House and Congress,” Murphy added.

The White House’s zealous pursuit of a bipartisan deal was kept alive, in no small part, due to the team of top advisers Biden installed to help work toward an agreement. The group includes Louisa Terrell, Biden’s director of the Office of Legislative Affairs and Shuwanza Goff, deputy director of legislative affairs. Both Terrell and Goff are frequently on calls and in meetings with House and Senate lawmakers and their staff and have continued to track the temperature of Democrats on both the bipartisan and party-line reconciliation proposals.

“Every day we work to stay focused on how to come through, how to deliver investments people across the country have needed for a long time,” Terrell said in a statement to POLITICO. “And we do that by being honest brokers with the parties, staying in touch with leadership and key members, keeping our gaze on how to make steady progress, and not getting fazed.”

Senators and their aides, meanwhile, credit senior officials like White House counselor Steve Ricchetti and National Economic Council director Brian Deese and acting director of the Office of Management and Budget Shalanda Young for showing commitment to a deal.

Sen. Susan Collins (R-Maine), a member of the core negotiating group of five Republicans and five Democrats, said Ricchetti, Deese and Young helped negotiators “by providing data on how much money is left in various accounts as a result of the Covid bills that we passed in 2020.”

Though hang-ups remain over how to finance the bill, Collins credited Ricchetti for keeping talks moving, including after Biden sent Republicans reeling last month when he said he’d reject the infrastructure deal if it reached his desk without the Democrats’ reconciliation package. In the past week, White House involvement ramped up, she said. Collins and Ricchetti had multiple calls alone on Saturday.

“Steve has been really key,” Collins said. “He keeps his word and he’s easy to work with … He is a hard worker, who represents the president well, and given his experience he understands the Senate and negotiations, and that’s a big plus.”

Sen. Bill Cassidy (R-La.), another member of the bipartisan group, said his office is routinely in talks with Deese.

“They’ve been very helpful the last couple days,” Cassidy said of the White House. “You trust people when they bring something to the table and they’ve been bringing some things to the table.”

But even as Biden aides worked Republicans in the Senate, they’ve been developing contingency plans if the deal falls apart — both to pass the package on their own and to make the case they went to extraordinary lengths to seek out a compromise and should be credited for it.

“He ran on uniting the country and being a president for everyone and he has heard out the Republican senators on this,” said Ben LaBolt, a Democratic strategist and former aide to Obama. “I think the average American recognizes that Biden leaned in hard here and gave political muscle to the bipartisan deal.”

But Biden’s insistence on pursuing bipartisan negotiations may not be cost free, fellow Democrats have warned. The size of the infrastructure bill will be roughly half of what he initially proposed. And there is no guarantee that Democrats can include all the elements left out of the bipartisan legislation in their $3.5 trillion reconciliation package. Others in the party insist Biden’s team needs to focus more on selling his current accomplishments or else voters may not give him credit.

For those reasons and others, few Democrats have openly shared Biden’s commitment to getting a bipartisan deal done. Those who do are primarily the ones working directly on the narrow infrastructure bill.

“This week when we did have the White House present at some of our meetings, they worked for hours,” said Collins. “We were meeting from like seven till 11 at night.”

Ultimately, Collins said, the fate of the deal is “a make or break opportunity for the president.”

“If we do not successfully conclude these negotiations, produce and pass a bipartisan infrastructure bill,” Collins said, “then I see very little hope for bipartisan cooperation on other issues.”

But Democrats already say there is little reason to believe, given recent history, that Republicans will be open to cooperation elsewhere. On Wednesday morning, Senate Minority Leader Mitch McConnell said he doubted a single Republican would vote to raise the debt ceiling. Others pointed to the lack of Republican cooperation on most Democratic priorities and its rejection of an independent commission to study the Jan. 6 insurrection.

“Unity was never a thing: Republicans won’t allow it,” said Paul Maslin, a veteran Democratic pollster. “Biden was elected to calm the country down and produce some results particularly on the pandemic and the economy. If an infrastructure deal can help in both then it’s a good thing. If the Republicans prevent that then he makes sure to tell the people in the middle that he is doing what they wanted him to.”

Ultimately, Democratic lawmakers said, the White House has positioned itself well under challenging circumstances — giving bipartisanship a good try while not being naive about the tough political climate the president finds himself in.

“Biden has a reputation as being a skilled negotiator and a knowledgeable parliamentarian, and he’s working with people in the Senate, who he served with,” said Rep.Hank Johnson (D-Ga.) “But everyone knows that the politics of today are unlike politics of old when he was in the Senate and so his ability to achieve bipartisan consensus is severely challenged.”