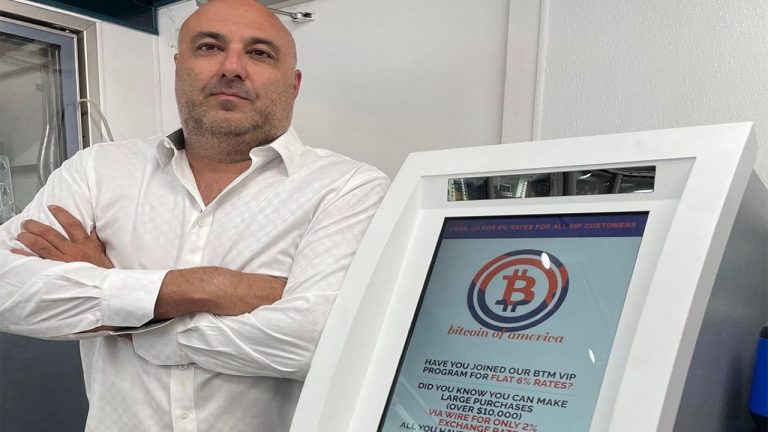 PRESS RELEASE. Bitcoin of America (BOA), a popular virtual currency exchange, is reporting record growth. Bitcoin of America is registered as a money services business with the United States Department of Treasury (FinCEN). Their mission is to provide their customers with a fast and easy transaction process, while securing the best rate in the market. The company launched back in 2015 and is headquartered in Chicago, IL. Bitcoin of America is known for their several different services including Bitcoin ATMs (BTMs), Tablets, and online exchange.

CEO of Bitcoin of America, Sonny Meraban, is ecstatic about the company’s achievements. “Samantha, our Chief Operating Officer, helped jump start our growth in just a short 16 months. She has truly brought in all of the right people to Bitcoin of America. Paul, our Chief Financial Officer, has been a great addition to our team. He joined Bitcoin of America in January and has already accomplished so much. The rapid growth of Bitcoin of America called for someone with the experience and knowledge of the industry that Paul brings. Meraban also mentioned, “We are not the largest operator yet, but we believe we are the best run operator in the market. From compliance to operations and accounting, we have brought a rational, metrics driven approach so that we can run the business efficiently and profitably.”

Bitcoin of America’s Chief Operating Officer, Samantha Miller is excited about all of the advancements she has seen at the company in just a year. “Since I have started with BOA, I have truly seen exponential growth and we aren’t slowing down anytime soon. Having worked for a startup company in the past this feels like “home”, and I cannot be more excited about what the future holds for us.

In just a year Bitcoin of America added new products and even made updates to their BTMs. The company recognized the high demand for 24/7 customer service and decided to act upon it. Bitcoin of America now offers around-the-clock support on their website.

The company also launched a new point of sale software to their tablet program. This software allows for businesses to start accepting cryptocurrency as a form of payment for their services. Jenna Polinsky, Director of Marketing and Head of Tablet Sales, seems optimistic about the future of Bitcoin of America. “Our new point of sale software will help incorporate cryptocurrency into everyday life. We are excited to offer something that’s free and easy to use. Bitcoin of America offers a great host program that is geared towards businesses that want to get involved in the cryptocurrency industry but are unsure of where to start. I am excited to see where this program goes in the next couple of years.”

Bitcoin of America also launched a new universal kiosk, which combines the capabilities of a traditional ATM with a Bitcoin ATM. There are 3 total functions that these kiosks offer. The first is the traditional ATM feature where customers can dispense cash from a debit card. The second function is being able to buy cryptocurrency with cash. The last is that customers can sell crypto in return for cash. This is huge for business owners. These universal kiosks are bringing stores additional revenue streams, while also saving floor space. Many of Bitcoin of America’s ATMs are placed next to a traditional ATM, often taking up extra room. Now, Bitcoin of America is making it possible to just have 1 machine with all of the same capabilities. You can visit Bitcoin of America’s website to find a location near you or signup as a host!