The Free Britney movement has a new fan base on Capitol Hill, as lawmakers with wildly different ideologies work to help a cause once dismissed as niche.

The unusual groundswell began after an appeal in open court last month by 39-year-old pop star Britney Spears, who’s fought to exit a legal guardianship she says has prevented her from driving with her boyfriend and forced her to stay on birth control. From Elizabeth Warren to Ted Cruz, prominent politicians are vowing to respond to Spears’ case and reviving a push for more oversight of guardianships that began a decade before her first album.

“No matter who you are, no matter where you are politically, just hearing about that … the degree of control that’s been exerted over her life, it’s disturbing,” Sen. Bob Casey (D-Pa.) said in an interview. “It’s offensive to a lot of Americans.”

The political allure of defending Spears goes far beyond the public support that boomed this year for an initially fan-driven effort to “free” the singer from her guardianship, also called a conservatorship. For progressives, she stands out as a victim of a setup that’s put her father and a wealth management company in control of her finances. For conservatives, Spears is a burgeoning libertarian icon, asserting her free will in the face of a judicial complex that at its worst is blamed for exploitation of senior citizens and young people.

“I think this is freaking ridiculous what is happening to Britney Spears, and it needs to end,” Cruz said on his podcast last week, one of several comments from Republican lawmakers in loud support of extricating her from the judicial system. 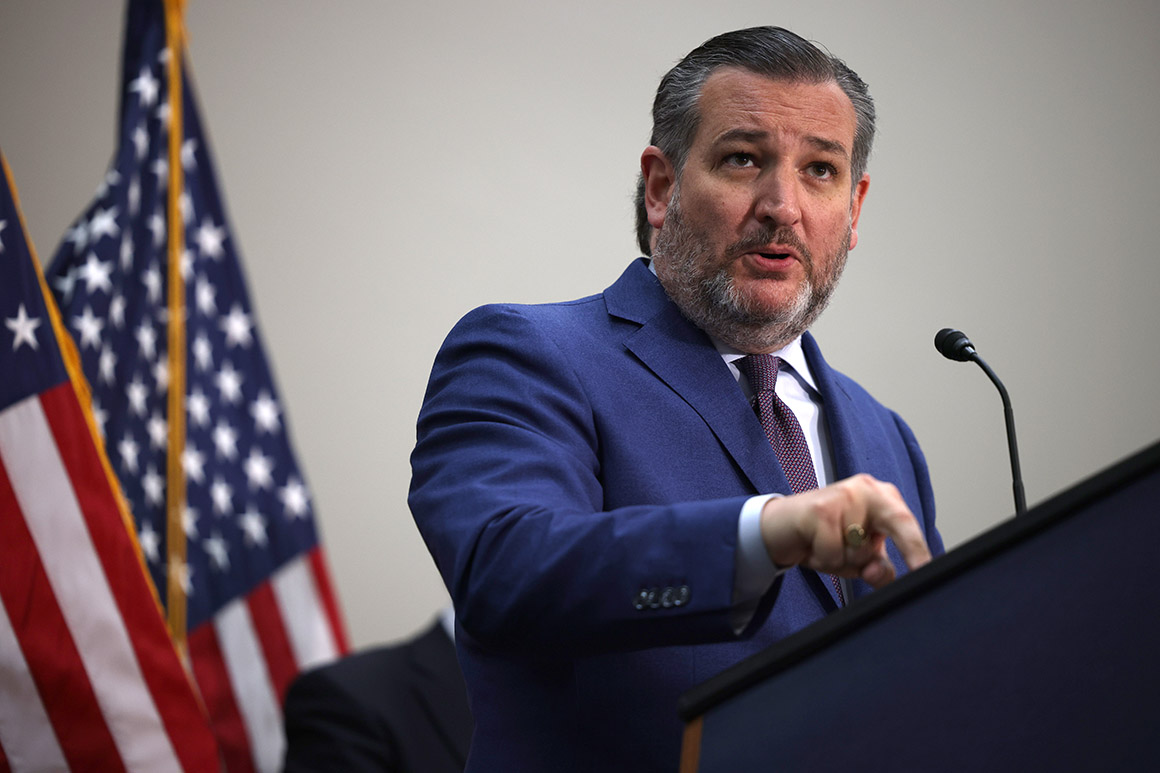 As to what members of Congress can actually do about it — that’s harder to say. A court hearing set for Wednesday might yield more freedom for the singer who’s said she feels “enslaved” by her conservatorship. Lawmakers acknowledge that situations like Spears’ are largely controlled by states, not the federal government, but they argue that Congress can still help reform the system she’s shined a light on.

Guardianships could get new Britney-inspired attention on Capitol Hill through hearings, data collection and even legislation that would provide more assistance to states. While conservatorships can have benefits, members of Congress identified opportunities for their abuse years before Spears raised alarms about a legal arrangement that she says has sapped her autonomy. 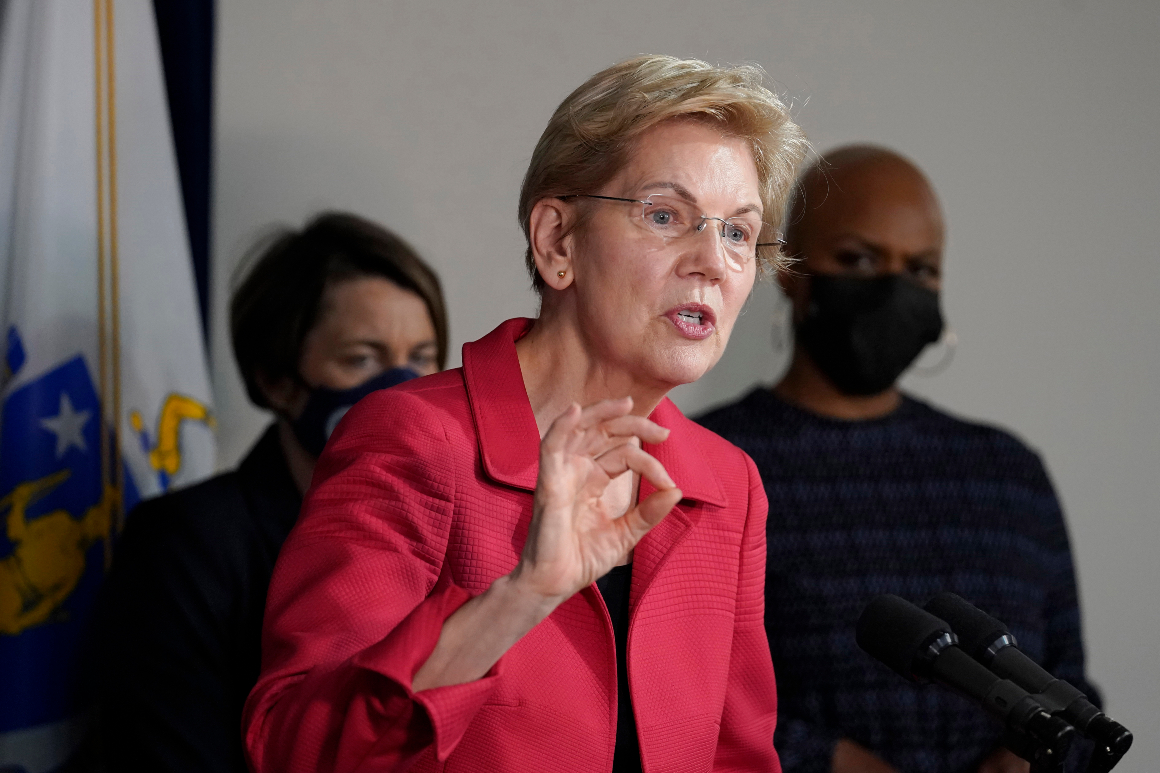 It’s not just senators speaking out. Ohio Rep. Jim Jordan, the top Republican on the House Judiciary Committee, joined Rep. Matt Gaetz (R-Fla.) in a March call for a hearing on abusive conservatorships. Not until last month, however, was a bipartisan push invigorated after Spears spoke out in Los Angeles Superior Court.

Claiming she was denied a doctor’s visit to remove her contraceptive device, Spears added: “I just want my life back.”

As her case renews congressional interest in guardianships, lawmakers are confronting a problem that’s long perplexed advocates: insufficient knowledge of the system’s scope. Although some estimate as many as 1.3 million U.S. adults are under guardianships, the exact total remains unknown because states do not maintain centralized information.

Warren and Casey sought more details this month from the Departments of Justice and Health and Human Services about federal data collection on conservatorships as well as work to prevent them.

Gaetz, currently facing a Justice Department sex trafficking probe himself, has suggested potential policy changes. Those include a federal cause of action for wards to challenge conservatorships, sunset provisions on the arrangements, limitations on expenses and the creation of a right to audit. 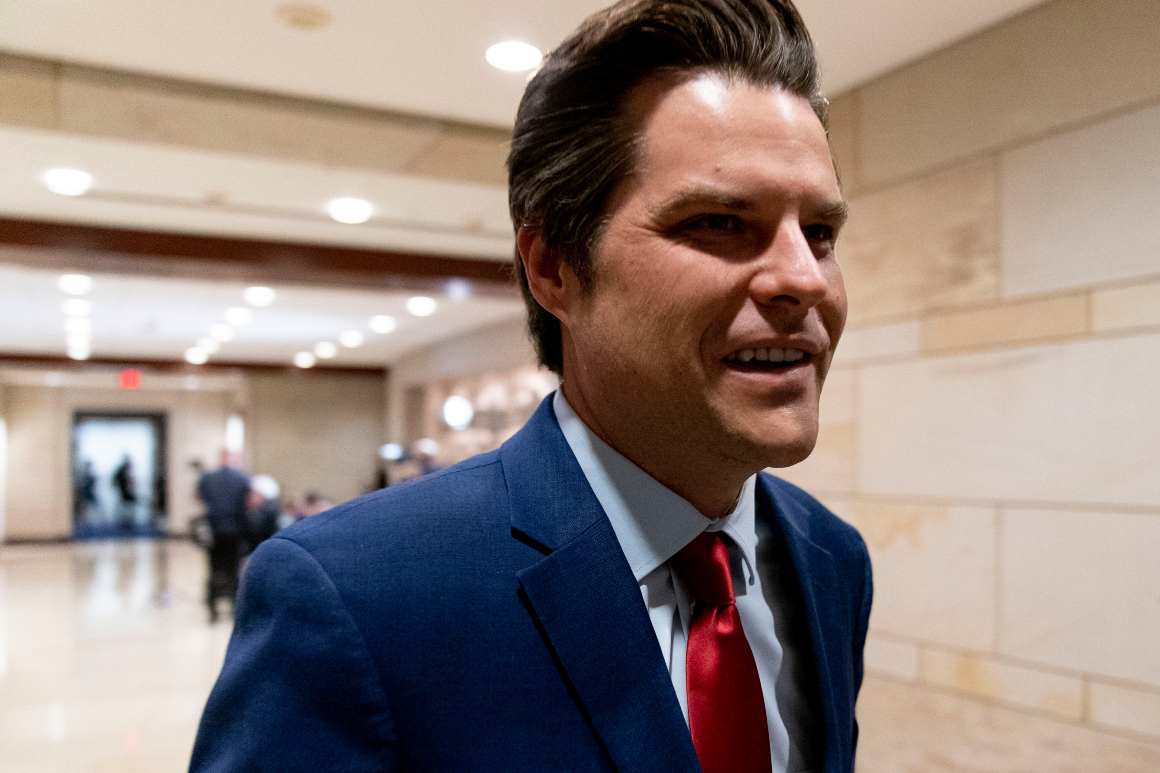 Rep. Andy Biggs (R-Ariz.), head of the House Freedom Caucus, said lawmakers can use their platforms to call attention to possible fraudulent conservatorship activity and urge attorneys general to investigate it.

“Conservators and guardians have enormous amounts of power, and sometimes the beneficiary can get victimized by the system in and of itself,” said Biggs. “It’s easier to get in than to get out.”

While Spears may be the catalyst, lawmakers like Biggs and Gaetz who hail from states with high retiree populations say their older constituents are at real risk from abusive arrangements.

“We have so many people who retire with the wealth that they’ve amassed in Florida, and it makes my constituents particularly vulnerable to guardianship and conservatorship abuse,” Gaetz said. “The momentum that Britney Spears’ case has generated … should be seized for broader reform.”

Freshman Rep. Burgess Owens (R-Utah), a former NFL player, described Spears as a “voice for the voiceless” and recalled in a statement that he’s personally seen conservatorships abused. 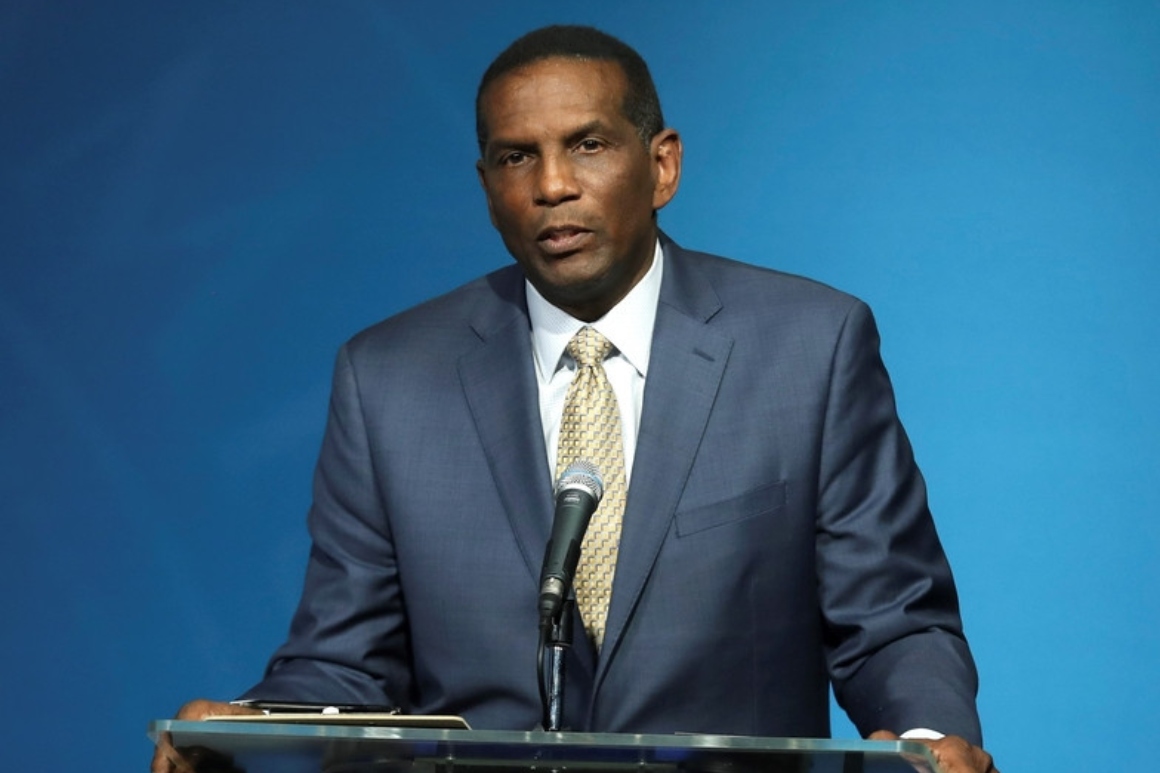 “I saw this firsthand when my late Aunt Hattie fell victim to predatory guardianship and when my former teammate, Clarence, lost the right to oversee his healthcare and income,” Owens said.

This year isn’t the first time Congress has examined guardianships. A House subcommittee led by Rep. Claude Pepper (D-Fla.) held a hearing on the matter in 1987 where they were described as “the most punitive civil penalty that can be levied against an American citizen.”

More recently, the Senate Special Committee on Aging released a 2018 report on guardianships that recommended more monitoring from state courts, more uniformity among state laws and the promotion of alternatives. Experts have suggested options such as supported decision-making, where individuals with disabilities still have control over their lives but retain advisers who can assist them.

The American Bar Association is one of several groups pushing for Congress to fund a federal program that would provide states money intended to help improve the outcome for people placed under guardianships.

“It’s a mistake to just think about this as a state issue, because there are significant federal rights at stake,” said Rebekah Diller, a clinical professor at Cardozo School of Law in New York. “It’s absolutely the job of Congress to step in and try to do something about this situation, because I think everyone would agree that it’s a system that’s in crisis and has been in crisis for a long time.”

‘We do need to pull back the curtain’

Still, states ultimately have primary control over their conservatorship laws — and that doesn’t bode well for California.

Despite its reputation as a progressive bastion that’s protective of individuals, the state has outdated and opaque conservatorship laws. Problems with implementation worsened after reforms passed in 2006 failed to get funded during the recession.

Experts say they don’t even know how many Californians are in conservatorships but affirm that most conservatees don’t know all their rights. Spears, who wasn’t able to select her own attorney, admitted in her recent testimony that she didn’t know she could petition the court to end the arrangement.

“Clearly, at some point, she needed help,” LaDoris Hazzard Cordell, a retired Santa Clara County Superior Court judge, said of Spears. “But then it was like the door was open to all these money-hungry people to use her as this cash cow.”

Cordell, who has presided over conservatorship cases, said the system needs to be more transparent and that California conservatees need a “Bill of Rights” along the lines of what a handful of states like Minnesota provide.

Her case is inspiring new efforts to change California laws. Assemblymember Evan Low (D-San Jose) has a bill that would hold professional conservators to a higher standard and impose fines on those not acting in clients’ best interests, as well as other changes. A bill that would have empowered California conservatees to choose their own attorneys is set for consideration next year. 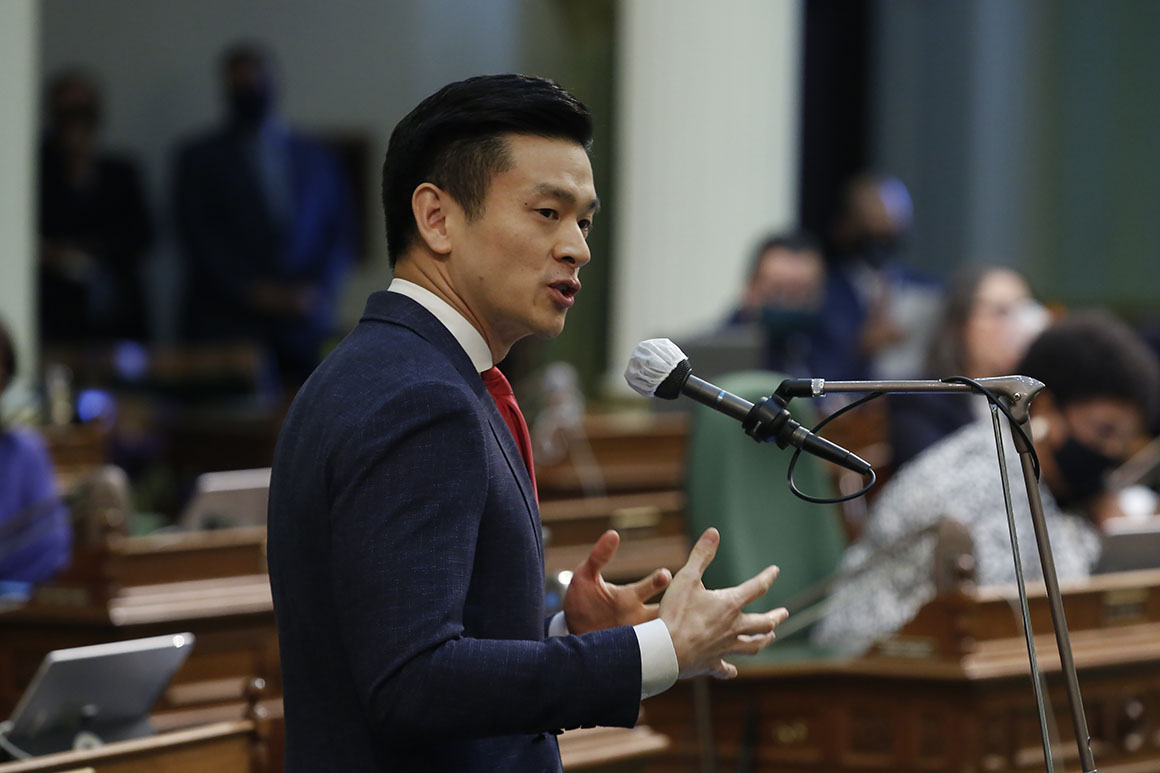 Advocates for reforming guardianship laws say that the circumstances Spears described, while they shocked the public, are not unique.

”I’m working with people right now who are in similar situations,” said Jonathan Martinis, a senior director at Syracuse University’s disability rights center. “The difference is, they’re not pop stars.”

And members of Congress are prepared to redefine what it means to listen to Spears.

“If this could happen to someone who is as famous as Britney Spears, I mean, think about what’s happening to regular Americans,” Rep. Lori Trahan (D-Mass.) said. “We do need to pull back the curtain on this.”

Lisa Kashinsky contributed to this report.