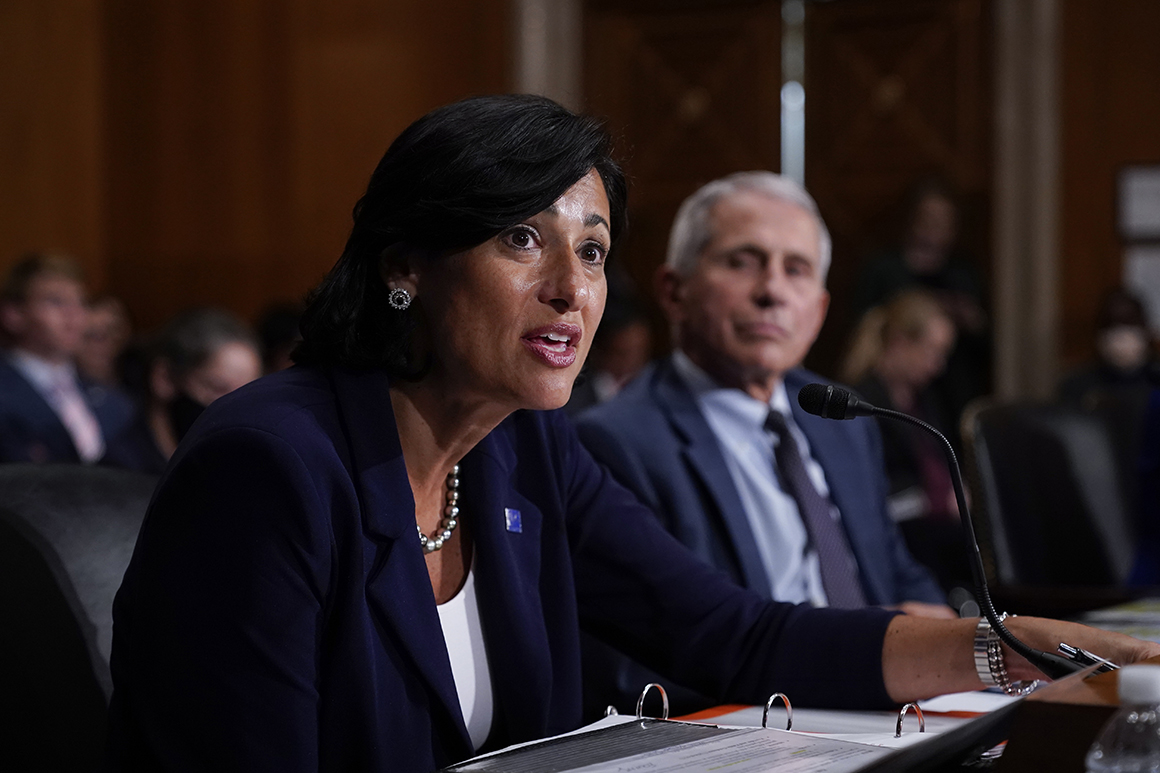 The Centers for Disease Control’s limited tracking of Covid-19 cases in vaccinated people is hindering public health officials’ attempts to stem the nationwide surge of the highly transmissible Delta variant.

The agency said in May that it would stop routinely tracking so-called breakthrough infections that didn’t lead to hospitalization or death. Several states then stopped tracking mild breakthrough cases, and at least two states told POLITICO they are having trouble reliably tracking infections in vaccinated people.

Now some public health experts and lawmakers are pressuring the CDC to reverse its decision and collect comprehensive data on infections in vaccinated people — from mild to severe. Such cases are very rare, but monitoring them can help reveal how likely a vaccinated person is to infect others, and how well vaccines work over time and against emerging Covid-19 variants. State and local officials also need information on breakthrough cases to make better, more targeted, decisions about when masks are warranted or whether to limit the size of gatherings.

“Given what we know about Delta now — and more what we don’t know about Delta — having a fuller picture of breakthrough cases no matter what the level of symptoms is important to be able to decide what rules and mitigation strategies you need to put in place in your community,” said Adriane Casalotti, chief of public and government affairs at the National Association of County and City Health Officials.

CDC illustrated the importance of such tracking on Tuesday, when Director Rochelle Walensky said her agency was once again recommending that vaccinated people wear masks indoors in some areas — citing new data from an outbreak in Massachusetts that suggests people who have been inoculated can spread the Delta variant as easily as people who are unvaccinated. Although vaccinated people who catch Covid-19 are less likely to be hospitalized or die, CDC now says they can play an unknowing role in starting or continuing outbreaks.

In the meantime, the agency’s decision to limit its reporting of breakthrough cases has prompted wide variation in how states keep tabs on them.

At least 30 states are monitoring all breakthrough infections, according to a POLITICO survey of state officials. Another eight — including Ohio, Texas and South Carolina — said they’re following CDC’s approach and only collecting data on severe cases. Two, Iowa and Missouri, said they don’t have good data on breakthrough cases of any type.

Complicating the situation, many fully vaccinated people have in recent months refrained from seeking testing if they have been exposed to the virus, resulting in a sharp decline in tests being performed and sequenced to detect virus variants. And it is taking weeks for sequencing data from labs to be reflected in CDC’s estimates of the prevalence of variants.

Asked about its breakthrough policy, CDC said focusing on cases where patients have severe disease helps “maximize the quality of the data collected on cases of greatest clinical and public health importance.”

Walensky took a tougher line during a press call Tuesday, saying it was a “misconception” that her agency was not doing enough to understand the patterns of infection in vaccinated people. CDC would soon release data on “tens of the thousands” of people across the country who have caught Covid-19 after vaccination, she added.

The agency is performing focused studies in dozens of academic medical centers, hospitals and nursing homes and across the country. It is also publishing model estimates every two weeks on the prevalence of Covid-19 variants in different geographic regions every two weeks, using sequencing data from testing labs nationwide.

But critics argue that CDC is too slow to update its variant data, and the information is not granular enough.

“I do not believe once every two weeks is frequent enough and improvements ought to be made to the timing and frequency of the reporting that CDC is doing,” said Sen. Tammy Baldwin (D-Wis.), who pushed for genomic sequencing funding to be included in Biden’s coronavirus relief package.

Other lawmakers, such as Sen. Ed Markey (D-Mass.), are urging the agency to track all breakthrough infections, arguing that the country must monitor all Covid-19 cases in vaccinated people to measure vaccine effectiveness and help local officials mitigate or prevent new outbreaks.

Rick Bright, the senior vice president of pandemic prevention and response at the Rockefeller Foundation, said the U.S. must document “a fully representative sample” of breakthrough infections. Creating a surveillance testing system to collect data on more vaccinated people with asymptomatic or mild infections could equip public health officials with a better understanding of how virus variants are spreading, he said.

“Tracking a full range of breakthrough viruses is the only way to understand where the next variants may appear, where mutations are happening, and to finally get ahead of the virus and end the pandemic everywhere for everyone,” said Bright, who led the Biomedical Advanced Research and Development Authority. “That’s why CDC’s decision to focus on only some of these viruses from vaccine breakthrough cases is extremely worrisome.”

Better reporting of the entire spectrum of breakthrough infections — focusing on people who develop symptoms of Covid-19 — could have helped CDC issue its latest guidance on mask-wearing in a way that was “clearer, more understandable, and likely more readily accepted,” said David Holtgrave, dean of the School of Public Health at the University at Albany, who recently co-authored a JAMA op-ed arguing for expanded surveillance of Covid-19 in vaccinated people.

The tide may be starting to turn. CDC this week quietly reversed its long-held stance that vaccinated people who spend time around an infected person don’t need to be tested unless they develop symptoms. It is now recommending tests after three to five days, no matter what — which could help illuminate how new variants spread among the vaccinated.

Yet, some state officials and health experts say it’s not necessary to track mild or asymptomatic breakthrough cases, arguing that gathering information on hospitalizations and conducting focused studies provides a better glimpse of those vaccinated people most susceptible to severe infection.

The United States’ fragmented health care system can complicate the tracking of breakthrough cases in some states where hospitals, labs and immunization registries may not be synced up. Both state and federal government agencies are constantly faced with a trade-off between speed and care when responding to crises.

“We can spend a whole lot of effort and energy on something we know is reliably going to happen but without much consequences,” said Andy Slavitt, who recently left his post as a senior Biden coronavirus adviser, during a media call last week. But the former official acknowledged that the U.S. would benefit if the system could more rapidly track and declare variants of concern.

The collection of data CDC relied on to alter its masking and testing guidance this week raises new questions that are best addressed by targeted epidemiological investigations, rather than widespread surveillance of breakthrough cases, according to Jennifer Nuzzo, an epidemiologist at Johns Hopkins University’s Bloomberg School of Public Health.

“It’s not necessarily a full-blown surveillance effort where we need all states to report these cases to CDC,” Nuzzo said. “But we certainly should have an effort to study to figure out how frequently they’re happening and if we should care about them.”

Some state officials understand why CDC is focusing on severe breakthrough cases but say a more detailed national portrait could be beneficial.

“Understanding the nature of the new variant — for example, the Delta variant or any future variants that come through — that information helps inform the approach that we may take, as we continue our response to the pandemic,” said Jinlene Chan, Maryland’s deputy secretary of public health services.