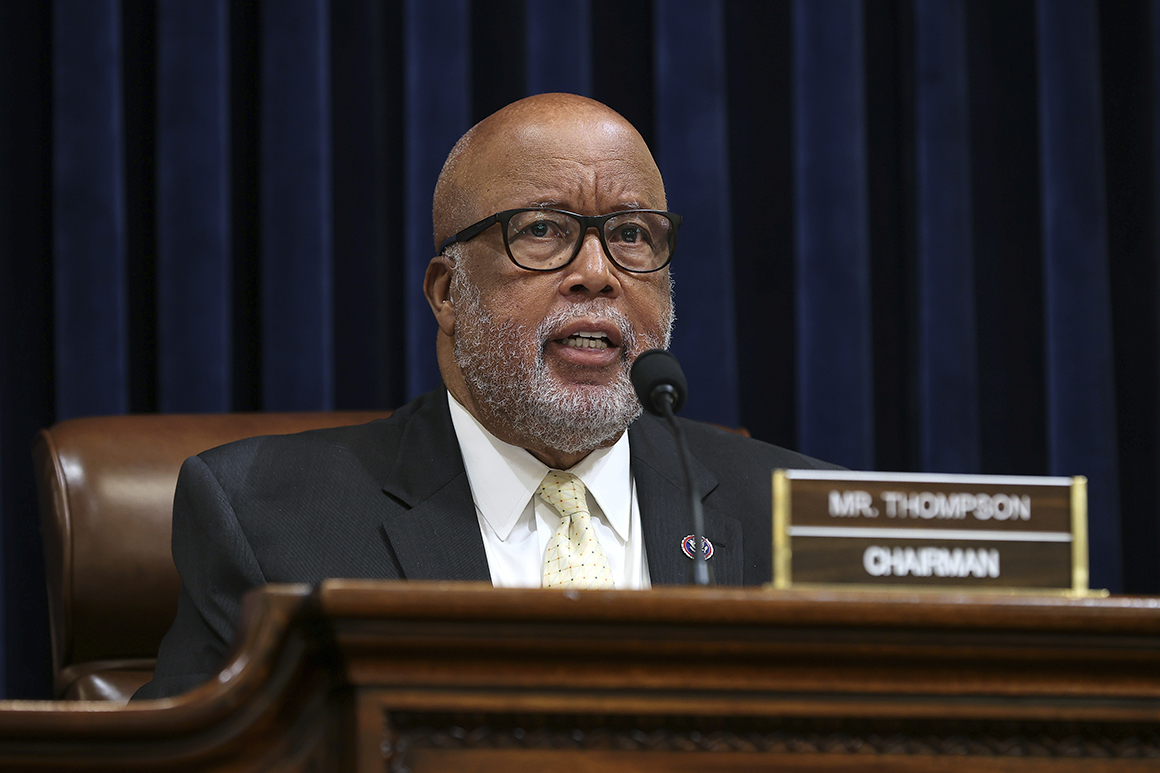 The first hearing of the select committee investigating the Jan. 6 Capitol attack began Tuesday with emotional video of rioters assaulting police officers who were defending the Capitol from an onslaught by Donald Trump supporters.

As the riot fades from public memory amid a new wave of Republican revisionism, panel members aimed to cast the hearing — the first time Congress has heard publicly from law enforcement on the front lines of the response to Jan. 6 — as a vivid reminder of what happened.

“Some people are trying to deny what happened — to whitewash it, to turn the insurrectionists into martyrs,” Rep. Bennie Thompson (D-Miss.), chair of the panel, said in his opening statement. “But the whole world saw the reality of what happened on January 6. The hangman’s gallows sitting out there on our National Mall. The flag of that first failed and disgraced rebellion against our union, being paraded through the Capitol.”

Thompson was followed by Rep. Liz Cheney (R-Wyo.), one of two GOP lawmakers Speaker Nancy Pelosi appointed to the panel after House Republicans shunned the committee.

Cheney said the panel should pursue every facet of the facts about Jan. 6 but also dig into “every minute of that day in the White House,” a subtle but unmistakable shot at the former president who she lost her GOP leadership spot for criticizing.

“I have been a conservative Republican since 1984,” Cheney said, and has “disagreed sharply on policy and politics” with all Democratic members of the select panel, but “in the end we are one nation under God.”

“Every one of us on the dais voted for and would have preferred that these matters be investigated” by an independent, bipartisan commission, she added.

Most House Republicans, having shunned participation in the committee, tried to counter-program the hearing instead.

Standing outside the Capitol, Minority Whip Steve Scalise said House Speaker Nancy Pelosi had “canceled” the Republicans she rejected from the committee. House Republicans are trying to take pains to criticize Democrats rather than the officers who responded that day. But other Republicans could derail their efforts.

A group of more firebrand House Republicans including Rep. Marjorie Taylor Greene (R-Ga.), were set to hold a press conference outside the Justice Department later Tuesday to protest the treatment of insurrection suspects.

The select panel’s members are still weighing what their next course of action will be. The House leaves for its August recess after this week, so it could be hard for the panel to maintain momentum after lawmakers leave Washington.

But they will still have to resolve thorny questions like whether to call Trump as a witness, let alone other members of Congress who some of the panel’s members see as potential material witnesses to the events of Jan. 6.

Democrats are already predicting they might be able to make investigative inroads. with President Joe Biden’s administration.