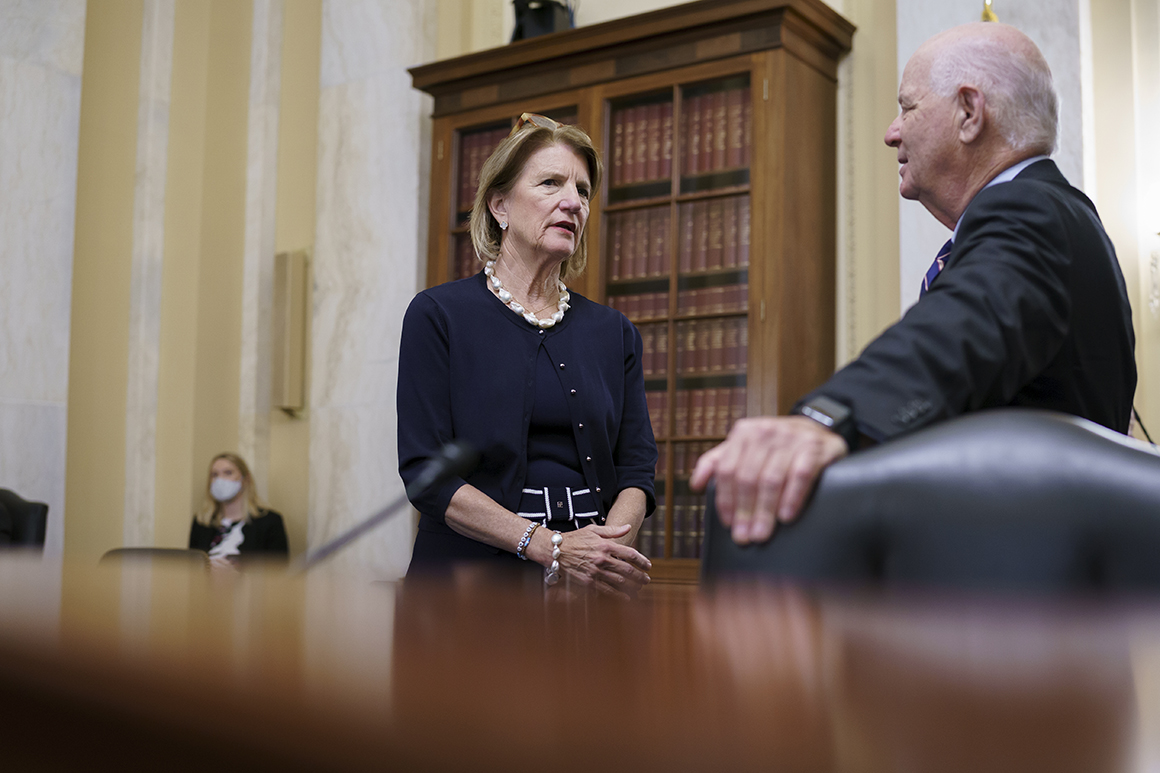 Ben Cardin is “not particularly pleased” with parts of the bipartisan infrastructure package. Kirsten Gillibrand has “no reason to be against it.” And Elizabeth Warren said she’ll support it if “it makes some people happier.”

Those are Democratic senators’ scintillating reviews for a plan billed as a major goal of President Joe Biden. As negotiators rush to finish their package by Monday, they’re signaling they’ll go along with it, even if it’s through gritted teeth.

When asked if he plans to support the bipartisan deal, Sen. Bernie Sanders (I-Vt.) hardly brimmed with enthusiasm: “I voted for it yesterday, didn’t I?” All 50 Democratic Caucus members supported advancing the bill on Wednesday, an effort blocked by 50 Republicans.

In interviews Thursday, Democratic senators said they expected all 50 members of their caucus to sign on to the final product, with the assurance that their $3.5 trillion social spending proposal will include their top priorities. The bipartisan group still needs to sway several Democrats angry about water funding, but the party seems content to enter the home stretch of the infrastructure drama united — and leave Republicans split over whether to support it.

“There are a lot of things that are happening that I’m unhappy about. I think they’re mistakes,” said Cardin (D-Md.). “But I’m going to support the package. I think it’s critically important we get the bipartisan package done.”

Even Democratic senators skeptical of GOP cooperation said they were hopeful that a bipartisan deal on physical infrastructure would come to fruition, given that Biden has thrown the weight of the White House behind it and is already traveling the country to promote the framework. Sen. Mazie Hirono (D-Hawaii), who previously panned the bipartisan talks, said she’s “optimistic” these days and is “prepared to support it because … Joe Biden supports it.”

“We’re knocking at an open door because leadership is for it and so is the president,” said Sen. Richard Blumenthal (D-Conn.), who has criticized the pace and scope of negotiations with Republicans. “The stars are pretty well aligned as long as the Republicans drop their obstruction. They seem to be flailing for every excuse to make this effort fail.”

Biden can spare at most a handful of votes from the 50-member Democratic caucus to pass the bipartisan $1.2 trillion physical infrastructure package, if a deal is reached. While 11 Senate Republicans wrote a letter to Senate Majority Leader Chuck Schumer (D-N.Y.) Wednesday saying that they’d vote to move forward next week, most members of the GOP conference are waiting for legislative text and a score from the nonpartisan Congressional Budget Office before making up their minds.

Even some Republicans in the bipartisan group of 22 working on the package could ultimately bolt, according to one GOP senator.

Senate negotiators say they’re getting close to clinching a bipartisan deal, despite Wednesday’s failed vote. The most controversial sticking point remaining appears to be public transportation funding levels. But the group is finalizing provisions related to broadband and how to use unspent coronavirus relief money as a financing mechanism, according to aides familiar with the talks.

Republicans have suggested that Democrats are divided and may not be able to deliver enough votes for the bipartisan deal with the separate $3.5 trillion proposal still unfinished. But Schumer has calculated that moderates in his caucus will not go along with the social spending plan without the bipartisan effort.

“What I’m hearing is that Dems could lose 10 to 15 of their progressives,” said Senate Minority Whip John Thune (R-S.D.). “Hopefully they’ll be able to deliver more votes than that.”

As of Thursday afternoon, some Democratic senators said they had concerns with what they were hearing but there was no sign of a mass rebellion. Sen Tom Carper (D-Del.), chair of the Environment and Public Works Committee, said that if his water legislation is not “fully funded” he would “find it very hard” to vote for the bipartisan deal. Sen. Tammy Duckworth (D-Ill.) echoed his concern, but their colleagues find it unlikely that in the end they will oppose a bipartisan product that Biden supports.

White House Press Secretary Jen Psaki said the administration understands some lawmakers “want to have their voice heard” and “have asks they want to make” throughout the “messy process of legislating.”

“We’re engaged with a range of members, including of course Sen. Carper, and of course working closely with Senate leadership,” Psaki said, referring to the Delaware senator’s tepid support for the bipartisan framework.

Schumer hasn’t indicated yet when he’ll bring up another vote on the bipartisan package, but senators on both sides of the aisle are expecting it to take place next week. And Schumer reiterated Thursday that he plans to pass the bipartisan bill before the Senate leaves for recess in August.

Meanwhile, the White House released a presentation Thursday that summarized Democrats’ social spending proposals, in an effort to counter GOP attacks over rising inflation. It’s a sign that the White House has heard grumbling from Democratic lawmakers who want a coherent argument as they present both the bipartisan deal and reconciliation proposals to voters and work to pass them.

“We wanted to give folks an organized, cohesive theory of the case on how these pieces fit together to tell a coherent story,” White House communications director Kate Bedingfield said on a call with reporters Thursday. “And really empower them.”

If there is a contingent of Democrats that threaten the bill, it’s likely in the House, where several members have complained about being shut out of the Senate-dominated bipartisan discussions. But going into a pivotal week in which the Senate may finally render a verdict on three months of cross-aisle talks, Democrats say they’re confident their members will be there in the end.

“Much of that bill consists of things that have already passed committees. It’s not exactly groundbreaking stuff,” Warren (D-Mass.) said. “If it makes some people happier to have a portion of the infrastructure bill be bipartisan so we can move forward, fine.”