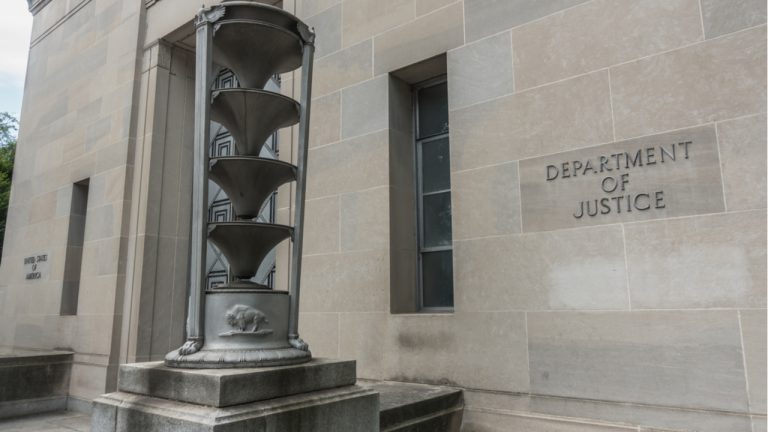 The U.S. Department of Justice (DOJ) has requested federal agencies stop signing appreciation letters for Binance. The exchange used these letters as proof they are actively helping these agencies in criminal probes. However, this behavior seems to have bothered agents of these state organizations, who argue the exchange is bound to cooperate with these investigations by law.

DOJ, Says ‘No Thanks’ to Binance

Binance, the leading cryptocurrency exchange, seems to have fallen from grace with U.S. government agencies. The exchange normally requested appreciation notes regarding its cooperation with criminal probes. Now, according to two people with knowledge in the matter, the Department of Justice (DOJ) ordered the top law enforcement agencies to stop signing these thank-you notes.

Binance used these notes from the FBI and the IRS as public confirmation that it is a law-abiding company. But Binance is compelled by law to help these institutions in their probes. From the stance of the DOJ, Binance’s will to help has nothing to do with this fact, so the appreciation notes are unnecessary.

A Binance spokesperson told Bloomberg they:

Engage with regulators and law enforcement in a collaborative fashion to combat cybercrimes as part of our ongoing effort to help make the industry a better place. The letters we’ve received acknowledging our assistance speak for themselves.

In any case, law enforcement agencies have extended these notes to Binance before. Binance has shown several examples of these notes of appreciation from officials in the past. But some of them have very similar wording.

Robert Gonzalez, a detective with the California police department, said Binance sent a kind of template of these letters, but he made a few changes to it before signing it. Also, Gonzales stated to Bloomberg that Binance always collaborated with him in several forms.

The letters are unlikely to help Binance with the investigations agencies are organizing regarding the exchange. According to some sources, the DOJ and the IRS are probing Binance on money laundering and tax offense suspicions, and have been questioning Binance officers since last May. Binance has no offices in the U.S., and it established a separate company for its American customers, called Binance.us.

What do you think about these appreciation notes requested by Binance? Tell us in the comments section below.