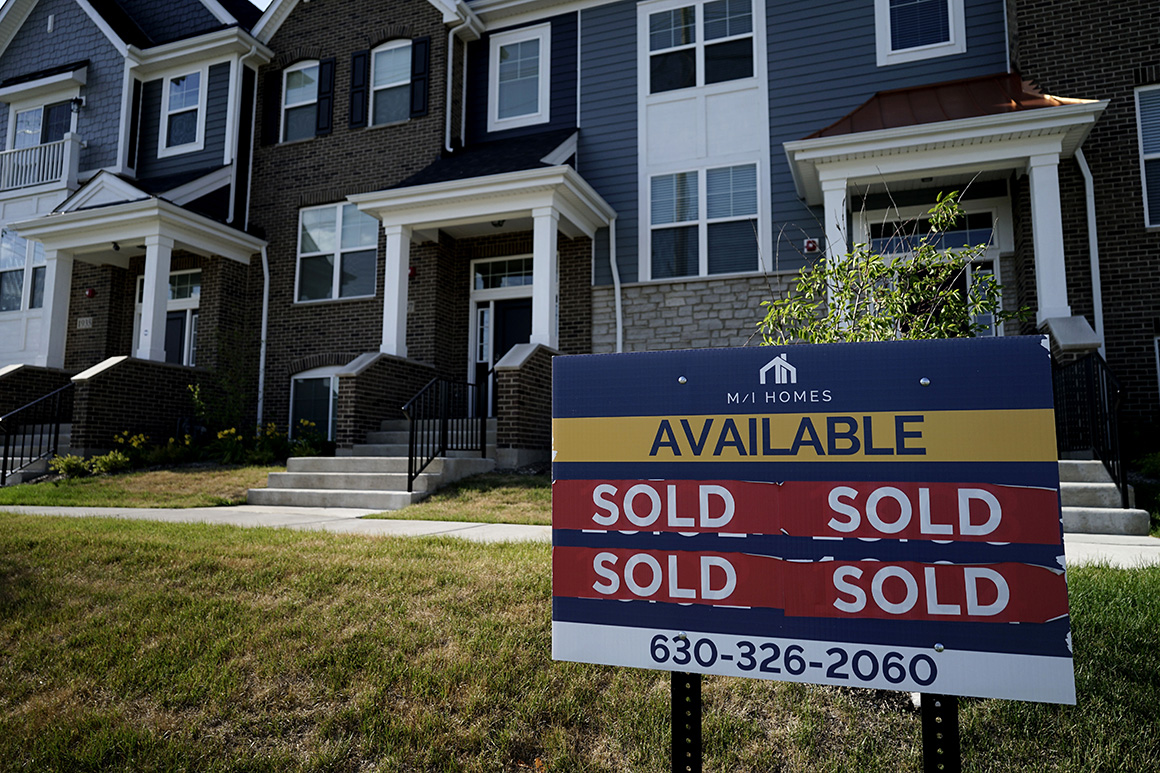 Shortly after the pandemic struck last year, the Federal Reserve began buying billions of dollars in government debt every month to drive down borrowing costs and keep the economy from collapsing.

Today, house prices are surging, stocks have continued their stratospheric rise, and banks have more cash than they know what to do with. Yet the Fed is still pumping billions into the economy. Why?

That’s what a growing number of lawmakers, investors and even some Fed officials themselves are demanding to know. They are warning that the central bank’s vast purchases of government bonds and mortgage-backed securities are feeding financial bubbles in the housing, stock and even cryptocurrency markets, and stoking higher consumer prices, with little apparent benefit to ordinary Americans.

“There’s no justification for the Fed to maintain [its purchases] at current levels, and doing so seriously risks contributing to heightened inflation,” Sen. Pat Toomey (Pa.), the top Republican on the Banking Committee, told POLITICO.

Fed policymakers, who will gather this week for a closely watched meeting on their next steps, are now grappling with how and when to start slowing their bond buys, which amount to a staggering $120 billion a month. The question has touched off a heated debate within the central bank itself over the future of a program that rescued the financial markets from a near meltdown last year.

Some Fed officials believe that tapering bond purchases too soon could weaken the economy once the trillions of dollars in aid approved separately by Congress runs out, particularly amid rising fears about the latest coronavirus surge. Winding down asset purchases is the first step toward a more significant event — raising short-term interest rates — and the Fed wants to ensure that its actions won’t slow the job market recovery as millions of Americans remain out of work.

But it’s also not clear how much those asset purchases are actually helping support jobs. Publicly traded companies, which have greatly benefited from the Fed cash machine, have engaged in a wave of stock buybacks, which boost their share prices and enrich investors but do little to directly expand employment.

“It’s counterproductive on every level,” said Lou Crandall, chief economist at Wrightson ICAP. “Encouraging more borrowing like this is just not necessary.”

A big priority for the Fed now is not to surprise investors, who are expecting bond purchases to slow, but not for several months. If the central bank moves more quickly, that could jolt interest rates higher and hit the brakes harder on the economy than it intended. A similar move by the Fed eight years ago sent the bond market tumbling, forcing the central bank to backtrack and threatening its credibility.

“Everyone’s questioning what we’re getting for $120 billion right now,” said Megan Greene, a senior fellow at Harvard Kennedy School. “But tapering could have even more nefarious effects, so the risk of carrying on seems lower than the risk of backing out of it too abruptly.”

In the meantime, investors’ tolerance for risk is unusually high against a backdrop of surging “meme stocks” and trendy cryptocurrencies, as the Fed itself noted in a May report on financial stability.

“You can argue quite easily that the economic benefits are limited and are far exceeded by the costs and risks that are starting to undermine the prospects for high, durable, inclusive growth,” he said.

The bond-buying process, designed to lower long-term interest rates, was used in a big way during the 2008 financial crisis when Congress did little to help.

“Now, it is very hard to argue that we are living in a world of deficient aggregate demand,” he said. “Household demand is booming and will continue booming as long as nothing gets in the way.”

Fed Chair Jerome Powell was pressed earlier this month by both Democrats and Republicans on why the central bank continues to snap up $40 billion in mortgage-backed securities each month even as housing prices soar, suggesting that market is in no need of support.

Powell acknowledged that Fed policies were contributing to higher home prices but cited other factors as well, such as insufficient supply of houses and the savings that many families have been able to build up. 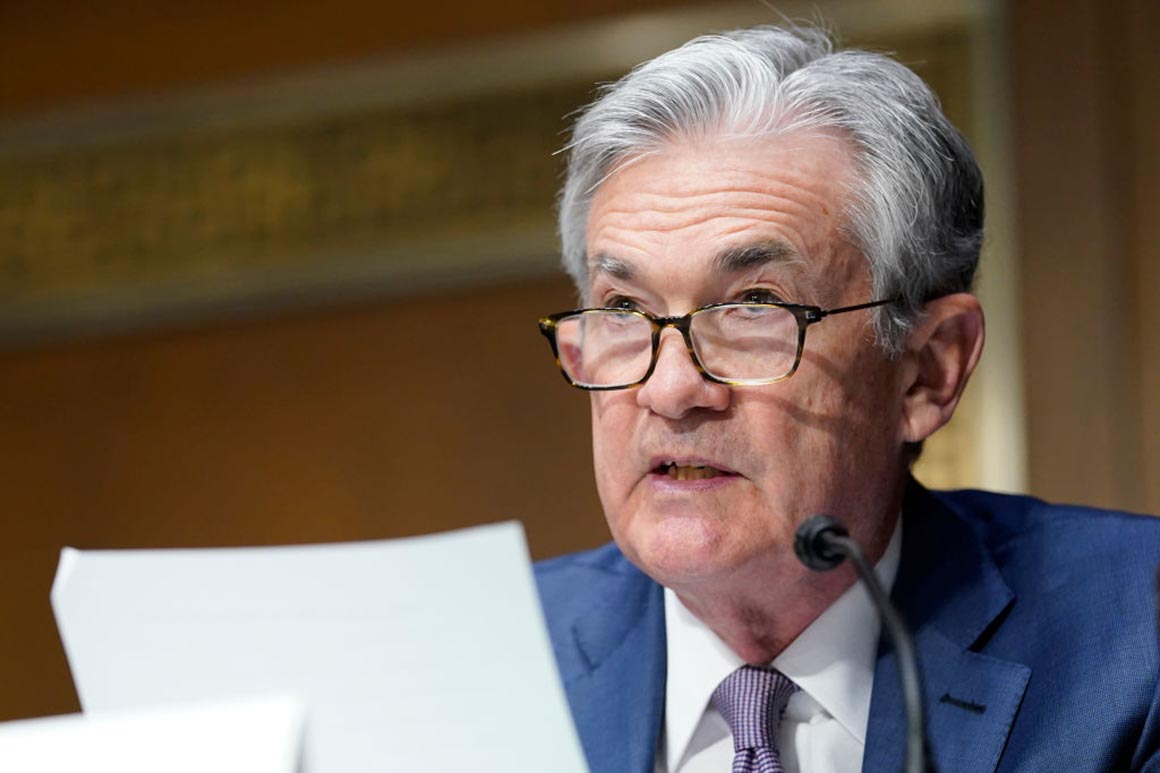 “Housing prices are moving up across the country at a high rate, and I suppose the good news is that this is not driven by the kind of reckless, irresponsible lending that led to the housing bubble that led to the last financial crisis,” he said.

“Nonetheless, housing prices are moving up and of course that makes it more difficult for entry-level buyers to get into the housing market,” he said.

Powell also emphasized that these purchases were aimed at bringing down all longer-term interest rates, not just mortgages.

“I’m leaning a little bit toward the idea that maybe we don’t need to be in mortgage-backed securities with a booming housing market and even a threatening housing bubble here, according to some people,” Bullard told CNBC last month.

But George Pearkes, macro strategist at Bespoke Investment Group, said it’s a misconception that the Fed’s mortgage-backed security purchases have a targeted effect on mortgages. Because those types of securities are already backed by the government, he said, the calculus for a lender on whether to sell a mortgage to housing giants Fannie Mae and Freddie Mac isn’t going to be much different.

“I absolutely detest this argument,” he said. “I think it’s nonsense.”

Perli said the benefit to the Fed’s asset purchases — or “quantitative easing,” as it is known — is entirely front-loaded: Markets react to the central bank’s initial announcement that it will conduct massive amounts of buys over an unspecified period of time, and rates adjust accordingly. The rest of the process is just the Fed following through on those purchases, which have already been factored in by investors.

“If there was no QE today, and the Fed was considering, ‘OK, do we need to do it?’ Probably the answer is no,” Perli said. “But QE was necessary a while ago, like a year ago, and nobody ever thought that QE was going to end after a month or two months or six months, so the market built expectations of how much QE there would be.”

“In fact, those expectations were all that mattered,” he added. “And at the time that was why QE was so effective, because people expected QE to be large.”

For his part, Senate Banking Chair Sherrod Brown (D-Ohio) urged the Fed to ensure that all Americans benefit from the recovery, drawing a contrast with the economy in the years after the 2008 financial crisis.

“Wall Street destroyed our economy, costing families their jobs and their homes and their savings – and then came roaring back while everyone else limped along,” he told POLITICO. “It’s the Fed’s job to make sure that does not happen again – both by watching for risks to financial stability and by centering workers and their families, not Wall Street, in its decisions on monetary policy.”