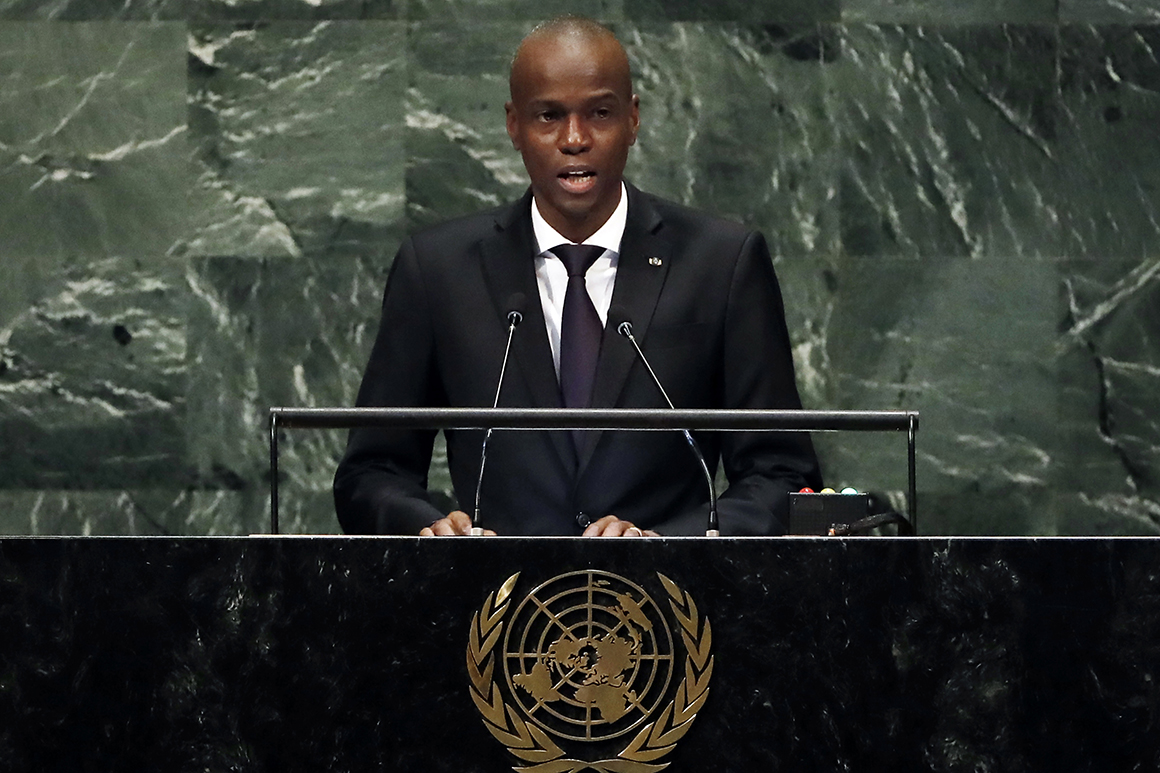 TALLAHASSEE — Florida’s Agriculture Commissioner has opened an investigation into the owner of a Miami-based security firm linked to the July 7 assassination of Haiti’s president, Jovenel Moïse.

The commissioner’s Office of Agricultural Law Enforcement is probing Antonio Emmanuel Intriago Valera, 57, the owner of the private security company CTU. The agency is also investigating the firm.

Antonio Emmanuel Intriago Valera, also known as Tony Intriago, reportedly hired more than 20 ex-soldiers from Colombia who were later killed or detained by Haitian authorities in the aftermath of the assassination. The head of Haiti’s National Police last week accused Intriago of visiting Haiti several times to take part in a plot to kill Moïse but did not provide further information.

Franco Ripple, communications director for Agriculture Commissioner Nikki Fried, told POLITICO that since 2018, Intriago has had a license to work as a security officer in Florida and in October was granted a firearm license.

“Intriago’s whereabouts are currently unknown,” Ripple said. “Should he be arrested, our department will take immediate action by suspending all licenses granted to him. Should other individuals licensed by FDACS and connected to this matter be arrested, we will also immediately suspend those licenses, as well.”

Intriago did not respond to text and email messages seeking comment.

Ripple said, however, the Agriculture Commissioner has no records of CTU. If the company is found to have provided “unlicensed security guard services in Florida,” the state agency could level fines or other penalties against it, he said.

The Agriculture Commissioner regulates a patchwork of issues in Florida, from pesticides to concealed weapons permits and private security firms.

Background: Moïse’s assassination sparked a multi-nation investigation, including into figures with deep connections to South Florida. Haitian authorities arrested Christian Emmanuel Sanon, a 63-year-old Haitian American who has lived in the Miami area for years, and claimed he played a key role in the plot to kill Moïse. Sanon reportedly claimed that he was unaware of the killing and coup attempt.

Haitian authorities also arrested two more Haitian Americans with ties to South Florida — James Solages and Joseph Vincent, according to the Miami Herald. The Herald also reports that the two men told Haitian officials that they weren’t sent to assassinate Moïse but simply take him into custody.

South Florida has longstanding connections with Caribbean and Central and South American countries, in no small part because of its location. The Miami-Dade area has one of the biggest diasporas of Haitians in the world, with an estimated 30,000 Haitian Americans living in South Florida.