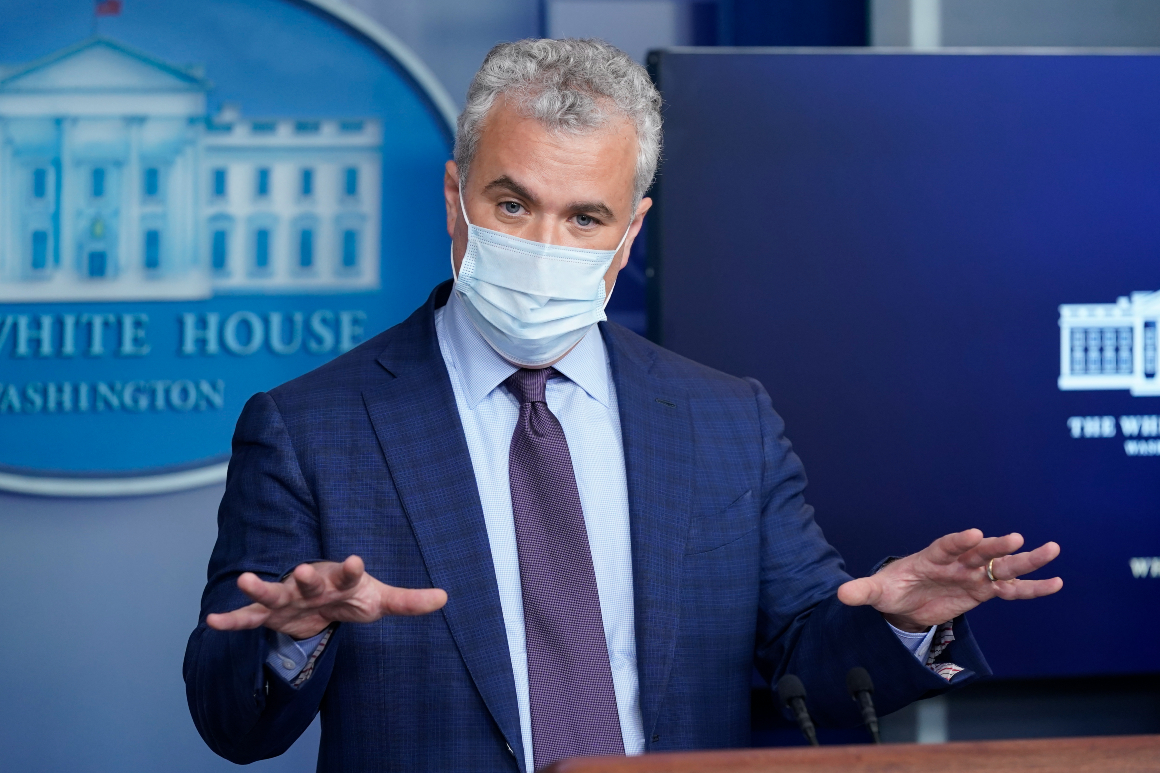 The White House is resisting lifting U.S. travel bans on a broad swath of foreign countries, despite a rising chorus of voices both inside and outside the administration questioning whether they are still necessary in the fight against Covid-19.

Critics of the bans point to Jeff Zients, the coordinator of the White House’s coronavirus pandemic response, as the main obstacle standing in the way of easing the longstanding restrictions, according to five people familiar with the matter. And some of them have grown so frustrated with Zients that they said they have begun discussing ways to go around him and take their case to other top administration officials instead.

President Joe Biden is under intense pressure from members of Congress, European governments, the travel industry and stranded individuals to lift the restrictions — particularly on Canada and much of Europe, where vaccine rates are relatively high. They argue that the bans are costing billions of dollars, hundreds of thousands of jobs, and separating families. 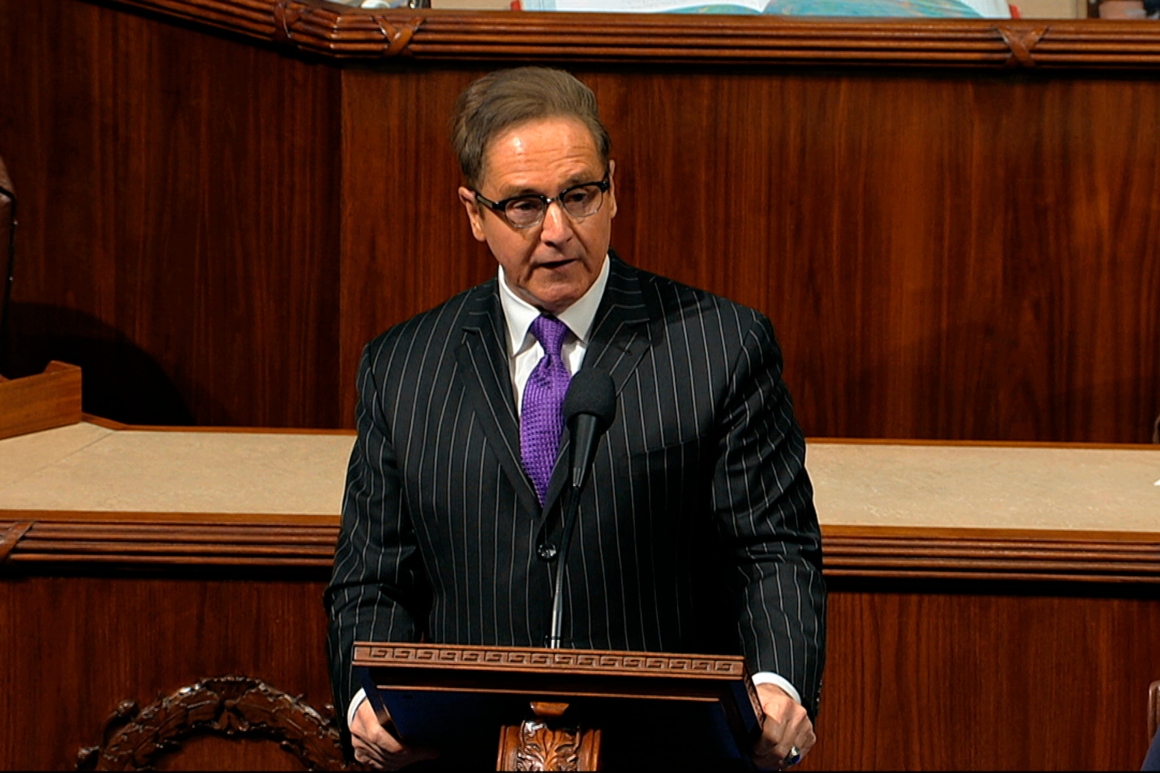 “I think the American people are owed an explanation: What the hell happened?” said Rep. Brian Higgins (D-N.Y.), one of 75 lawmakers who sent a letter to Biden last week urging him “to begin taking science-based, data-driven steps to safely reopen international travel to the United States.” Sens. Jacky Rosen (D-Nev.) and Rick Scott (R-Fla.) are preparing to send a letter to Biden as well, according to a Senate Democratic aide.

Some senior officials in the Biden administration, including Cabinet secretaries and doctors, have expressed support for easing the restrictions as long as travelers coming into the U.S. can prove they have received vaccinations or provide a negative Covid test. But the administration remains resistant to asking businesses, including airlines, to require proof of vaccination, according to two senior administration officials familiar with the deliberations.

The White House has repeatedly ruled out a so-called national vaccine passport in the face of pushback among conservatives who have raised concerns about government overreach and discrimination against Americans who opt not to get vaccinated.

“I do think ultimately, yeah, Zients is the decision maker,” an airline lobbyist agreed. “He’s certainly been the one [airline] CEOs have met with and talked to.”

The White House did not directly address the criticisms of Zients. But it countered that it’s focused on restarting international travel safely.

“It is mission-critical that we are making a decision on travel restrictions with the best available data and incredible precision,” Kevin Munoz, a White House spokespereson, said in a statement. “We take incredibly seriously these decisions and the interagency working groups are united behind and steadfastly focused on getting this right.”

Last month, the administration set up four working groups with representatives from different U.S. agencies and officials from Canada, Mexico, the European Union and the United Kingdom to find a way to lift restrictions. The groups — led by the White House Covid response team and the National Security Council — include representatives from the Centers for Disease Control and Prevention and the Departments of State, Homeland Security, Health and Human Services and Transportation. They have yet to outline a plan and publicly, White House officials have said only that they are “following the science” and listening to public health officials.

Zients gave reporters a little more information Friday morning, saying that any decision on travel bans would be guided by “many variables, including case rates, vaccination rates and the prevalence of any variants, including the Delta variant.” But the administration has not announced what benchmarks will need to be met before the restrictions will be lifted, frustrating those lobbying on the issue.

“They just don’t have an answer. It feels to me like this is an, ‘We’ll know it when we see it,’ and they don’t want to be tied to any certain criteria,” the airline lobbyist said.

Earlier this week, Commerce Secretary Gina Raimondo — who isn’t a member of the working groups — said that she is pressing for the easing of the restrictions but that U.S. health officials remain concerned about the possibility of more outbreaks.

“I’m pushing really hard,” Raimondo told Reuters. “The CDC is nervous, and it’s hard to know if people are vaccinated. There’s no vaccine passport that’s reliable, and that’s kind of a big hurdle.”

But on Thursday, a Commerce Department official sidestepped questions on Raimondo’s support.

The deliberations come at a time when Covid-19 infection rates attributable to the highly transmissible Delta variant are surging in states across the Midwest and the South, where vaccination rates remain below the national average. Top health officials are increasingly concerned about the rate of transmission in the unvaccinated communities and the possibility that the Delta variant could cause big new outbreaks ahead of school reopenings. Those public health concerns, one White House official said, trump any worries about the economic impact of the restrictions.

At a news conference Thursday, alongside German Chancellor Angela Merkel, Biden pledged to provide more information about when the restrictions will be lifted in the coming days. He said he brought in Zients when Merkel raised the question during their bilateral talks earlier in the day.

“I’ll be able to answer that question to you within the next several days, when it’s likely to happen,” Biden said. “I’m waiting to hear from our folks, our Covid team, as to when that should be done.”

Critics of the bans say it’s not just economic concerns driving their opposition — there’s also no scientific rationale to restricting foreigners who’ve received a Covid vaccine from entering the country.

“The travel bans and which countries are affected don’t make sense. They don’t make scientific sense, or frankly common sense,” said Leana Wen, an emergency physician and public health professor at George Washington University. “It seems to be because of the Biden administration’s … squeamishness over vaccine verification. It’s time they get over it and see that vaccination is our pathway out of this pandemic.”

The bans date back to last year, when former President Donald Trump sealed off the U.S. to most Europeans as well as travelers from other countries, including China, Brazil, India, South Africa and Iran. Trump lifted some bans as he was leaving office, but Biden reinstated them and has kept them in place.

Some travelers can receive exemptions, including U.S. citizens, green-card holders, their spouses and children, as well as diplomats, students, journalists and those who work in the areas involving “critical infrastructure” or “significant economic activity.”

But several other classes of visa holders are out of luck, as are casual tourists. So are bi-national couples who are not married, thousands of whom have banded together to form an online movement called #LoveIsNotTourism to try and pressure the Biden administration to drop the restrictions. They’ve shared thousands upon thousands of tweets, videos and images on social media calling for the administration to lift the ban or at least give them more information.

A top executive at a major U.S. airline said the industry has shown the administration how they could provide self-administered tests when travel is booked as well as how they can attach testing results to boarding passes and vaccination status to frequent flier numbers.

“We’ve seen this sort of caution from the CDC throughout the COVID crisis,” the executive said. “I don’t want to second-guess the science but a lot of the science would certainly indicate that the protection that is afforded by the vaccines should be a path for opening up international travel.”

But oversight of international travel is spread across a number of different federal agencies, making it harder for any single Cabinet member to take the lead on pushing to move faster.

“There’s not a clear Cabinet agency that can kind of push something in the face of White House slowness,” said Stewart Verdery, a lobbyist working on the issue and a former Department of Homeland Security assistant secretary during President George W. Bush’s administration. 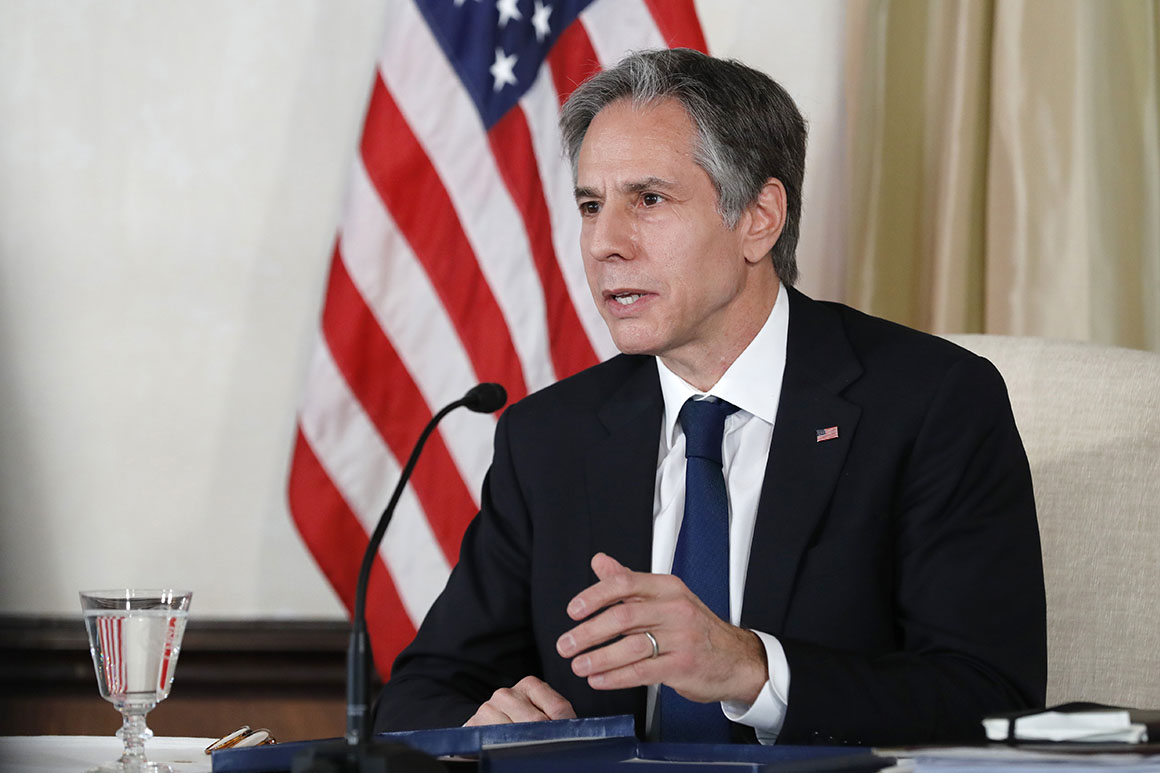 German officials raised the issue of the U.S. travel ban directly with Secretary of State Antony Blinken during his visit to the country at the end of June, according to two senior officials with knowledge of the matter. Though the U.S. had been expected to announce it would lift the restrictions, the officials said Blinken relayed at the time that the administration was still considering its options and had not made a final decision. Those same officials told POLITICO that German officials have since pressed the administration for a specific answer on the issue.

Gostin praised Zients’ work to combat the pandemic over the past six months but said continuing to restrict international travel was a blind spot.

“He’s smart,” Gostin said. “He’s followed the evidence. But in this case I think he’s more focused on the political optics, because I don’t think that there’s any good evidence that our current travel policy keeps us safe.”