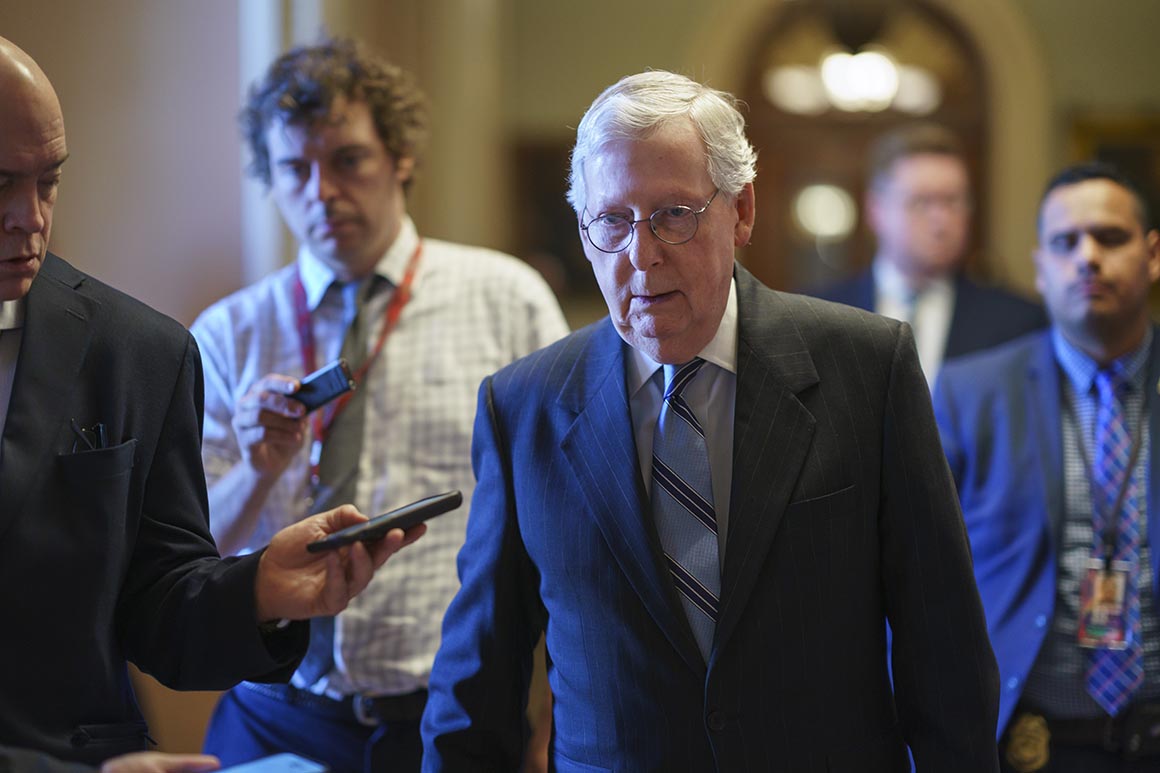 Senate Republican leaders warned Monday that they will filibuster a Wednesday test vote on a bipartisan infrastructure deal if Senate Majority Leader Chuck Schumer follows through with forcing one.

As a bipartisan group of senators sought to finish its work ahead of Schumer’s planned midweek vote, GOP leaders said their members would not vote to advance the effort until the bill is fully fleshed out. Senate Minority Leader Mitch McConnell said Monday that Republicans “need to see the bill before voting to go to it. I think that’s pretty easily understood.”

Roy Blunt of Missouri, the No. 4 Senate Republican, predicted there is “no chance” that 10 Republicans would join 50 Senate Democrats to advance the bipartisan agreement — vocally endorsed by President Joe Biden — over the first filibuster hurdle.

Schumer is expected later Monday to set up a vote to advance the bipartisan group’s work on a proposal to spend nearly $600 billion in new money on physical infrastructure such as roads, bridges and broadband. The New York Democrat is portraying that anticipated Wednesday vote as a first step in the debate, suggesting the group’s work could continue and be later added as an amendment.

And notably, Schumer telegraphed his move; he’s long warned that he wanted the bipartisan group’s product on the floor in July. Though it’s controversial among Republicans, Schumer’s tactic is frequently used by majority leaders to corral dithering negotiators. During this Congress alone, the Senate previously advanced both a hate crimes bill and a competitiveness bill before the final products had been negotiated.

The bipartisan group of senators writing the bill will meet via Zoom on Monday night to try to produce legislative text for a framework they reached last month. Over the past week, Republicans objected to a proposal to increase IRS enforcement to help pay for the infrastructure legislation, sending group members scrambling to come up with new financing plans to fill a hole of tens of billions of dollars in new revenues.

Despite the time crunch, moderate Democrats are signaling they are comfortable with Schumer’s play.

“I still believe Chuck’s got the right schedule,” said Sen. Jon Tester (D-Mont.). If the vote fails Wednesday, he suggested: “What the hell? Keep us here in August.”

Schumer has set up this week as pivotal to Biden’s “two-track” infrastructure and social spending plans. In addition to the impending vote on the bipartisan infrastructure framework, he’s also set a deadline of Wednesday for his party to coalesce around a rough outline of $3.5 trillion in new spending for the rest of Biden’s agenda to tackle social programs, climate change and increase taxes on the wealthy and corporations.