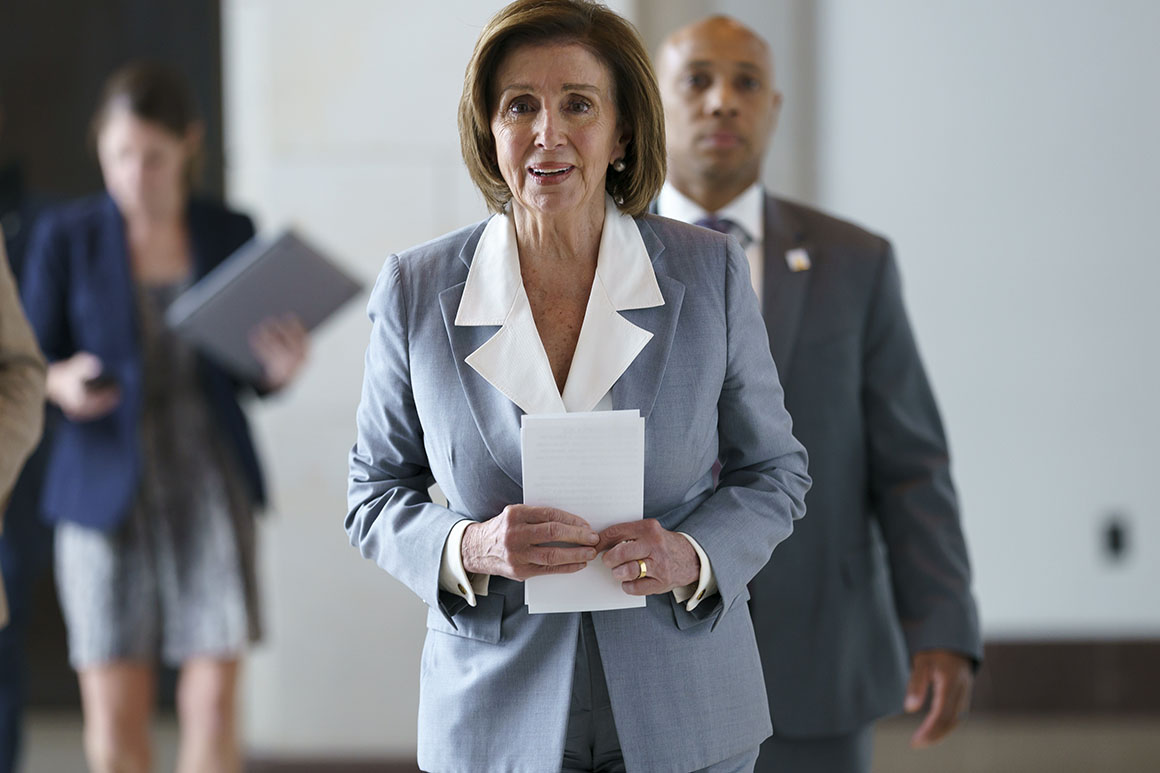 Democrats pushed through a landmark new anti-poverty policy just months ago. Now they have to make sure they get credit — and get the whole thing to last.

Their victory, which represents monthly checks for 90 percent of American parents, faded from view as Congress launched a summertime battle over infrastructure, but President Joe Biden and his party are one week away from it coming to fruition. That enormous expansion in the child tax credit got tucked into March’s huge coronavirus aid bill.

It’s one of the most ambitious elements of Biden’s first major law, and Democrats are hustling to put their fingerprints on an enormously popular program that many hope will help them hang onto their House majority next November. But that’s not the only challenge they face.

The fate of the credit itself is at stake, with Democrats under intense pressure to ward off potential rollout problems as they push for a permanent expansion of the policy in the party’s next big spending bill this fall.

The party’s first task is to remind voters of the benefits they’ll be getting, a central focus for Speaker Nancy Pelosi and her leadership team in recent weeks. The California Democrat is personally encouraging her members to participate in the messaging campaign, and many are using the July Fourth recess to step up their outreach, with local events and town halls — some of their first in-person appearances since the start of the coronavirus outbreak.

Rep. Suzan DelBene (D-Wash.), among a handful of Pelosi’s members who’ve long led the push to make the child credit permanent, said “it’s starting to sink in” for voters in her home state that her party won a massive fiscal infusion for families.

DelBene recalled celebrating on the steps of the Capitol with her allies on the child credit push after the one-year expansion passed in March and using that moment to make sure the benefits didn’t disappear in 2022.

Democrats consider it “incredibly important to see that made permanent,” the chair of the centrist New Democrat Coalition said.

The party’s sales pitch, in many ways, is an easy one. Few things are more popular than children and tax cuts — and not a single Republican can claim credit for the bigger child credit. But many Democrats also recall painful messaging missteps a decade ago on both the stimulus and the health care law, blunders they are intent on avoiding this time around with a robust, offensive strategy.

The messaging arm of the House Democratic caucus has honed its outreach for months, with another nationwide push coming next week. And the caucus discussed the tax credit at every meeting it held last month, aides say.

In House Democrats’ most recent closed-door meeting, Caucus Chair Hakeem Jeffries (D-N.Y.) brought in Obama-era policy adviser Philip Schiliro to underscore the importance of strong messaging about legislative accomplishments. Schiliro recalled hard-earned lessons from the early struggles of the Affordable Care Act rollout, according to people who listened into the meeting.

In his talk, Schiliro also warned members to be prepared for GOP attacks using negative examples — and reiterated the need for Democrats to get ahead of those hits. Schiliro’s group, Co-Equal, also showed a two-and-a-half-minute clip of local news stations reporting on the expanded child credit in various districts, many using his own organization’s district-by-district analysis of where the tax benefits will go.

“It’s really a remarkable achievement. The key is to let people know,” Schiliro said in an interview, adding: “If people are not aware of it, it’s unlikely the program continues.”

Another major difference, Democrats say, is that the new tax-credit checks will go to almost every parent in the nation outside of the highest income brackets, not just the poorest Americans, unlike previous version of the tax credits.

The bigger credit also represents what’s effectively a guaranteed monthly income for parents, on a timetable designed to help families living paycheck to paycheck. Democrats describe the credit expansion as transformative for a nation where income disparity has worsened in the pandemic: By some estimates, it could cut rates of child poverty in the U.S. in half within a year.

But no amount of political marketing can prepare Democrats for the complexities of the expansion’s rollout. Some families will have to deal directly with the widely detested Internal Revenue Service, many filing taxes for the first time. There’s also the risk that middle-income Americans could see a much smaller tax refund, or even owe money come tax time next year, if the bigger credit isn’t handled smoothly.

Republicans — who unanimously opposed the expansion in March — are already searching for examples of unintended consequences to deploy in midterm attacks. It’s the same playbook GOP lawmakers and operatives have used against the extra $300-per-month in federal jobless benefits included in last year’s Covid aid bill, which they argue has caused worker shortages nationwide.

“There’s always somebody who’s going to say people don’t deserve it, or are benefiting in an inappropriate way,” said Rep. Chrissy Houlahan (D-Pa.), who added that she is stressing the benefit for the family as a whole, particularly women, many of whom have faced disproportionate income losses during the pandemic.

“It is an inequitable world, women do bear a lion’s share of child responsibilities. There also needs to be conversations about how this will help that.”

It’s not just congressional Democrats promoting the effort with aims of making the bigger credit permanent: Child and family advocacy groups across the country are also pouring money and time into informational campaigns.

“The better it does, the more likely it is to be renewed,” said Drew Astolfi, a senior organizer with the group Community Change, which has worked with congressional Democrats on promotional events.

Astolfi said he’s already seen what happens when the rollout of a major law falls short on both substance and messaging, citing “bad memories” of the slog of Obamacare sign-ups a decade ago. This time, he said Community Change — and plenty of other groups — are more prepared.

“This is the biggest thing I’ve ever seen. We don’t want to miss this chance, because we won’t get a better one,” Astolfi said.