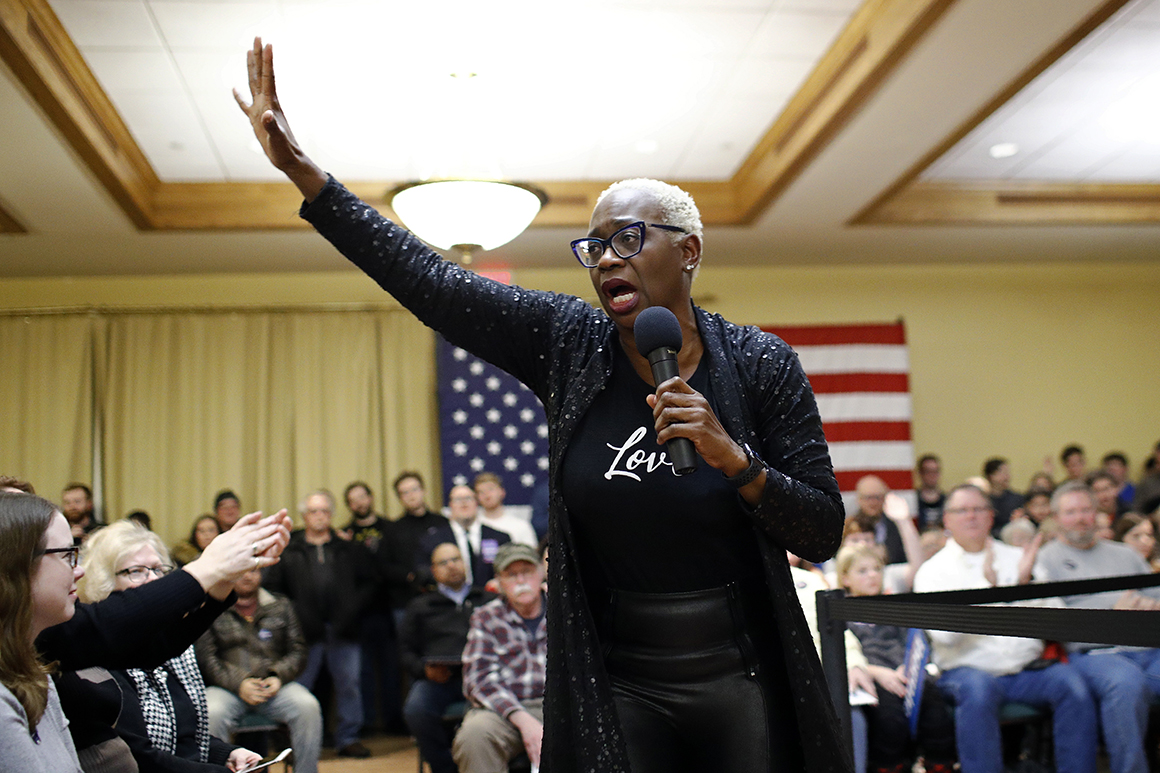 CLEVELAND — One of the more important moments in Rep. Alexandria Ocasio-Cortez’s transformation from waitress to a political giant-slayer came when she saw Nina Turner on television while cleaning glasses behind a bar.

“It woke something up in me, hearing what she had to say way back then,” Ocasio-Cortez told a crowd of several dozen gathered here last weekend to knock doors for Turner. “That was part of my journey.”

Now, after helping to foment the progressive movement as a top surrogate for Sen. Bernie Sanders’ presidential campaigns, Turner is trying to join their ranks in Washington as a member of Congress herself. Desperate for a victory after centrist candidates prevailed in Virginia, New York City and Louisiana, Ocasio-Cortez and other stars of the left are barnstorming the district to help Turner in next week’s special Democratic primary — as polls show her once-yawning lead dwindling.

“We need Nina. I need Nina. Please send me Nina!” Ocasio-Cortez concluded a pep talk at an event last weekend, handing the microphone to Turner.

“Only all that we love is on the line, that’s all — nothing too big,” Turner agreed.

A Turner victory in the district, which Marcia Fudge vacated to become Joe Biden’s housing secretary, would infuse progressives with a jolt of momentum, inspiring candidates and donors ahead of a cycle of immense opportunity. The upcoming redistricting — and the retirements that accompany it — will dilute the power of incumbency.

But a loss will be excruciating because Turner began the race with a large head start, buoyed equally by her time on the Cleveland City Council and in the Ohio state Senate — and her national role as a prominent Sanders supporter and co-chair of his last campaign.

“There’s extra pressure on me because of my position in the movement,” Turner said. “And I do recognize that very much.”

Ocasio-Cortez kicked off canvass launches and phone banks across the district on Saturday, a day after Turner got a visit from former NAACP president Ben Jealous. Up next weekend: Sanders, Rep. Cori Bush (D-Mo.) and Minnesota state Attorney General Keith Ellison.

But her most formidable competitor, Cuyahoga County Councilwoman Shontel Brown, has some prominent backers of her own: Hillary Clinton, the political arm of the Congressional Black Caucus, House Minority Whip Jim Clyburn (D-S.C.) — and Fudge’s mother, who cut a TV ad for Brown’s campaign.

The stark differences between the two teams — the progressives behind Turner and the party establishment supporting Brown — have transformed the race into proxy war for feuding factions of the Democratic Party and further heightened tensions.

The establishment, however, struggled to contest this seat at first.

Buoyed by a loyal Sandersworld fanbase, Turner raised over $275,000 in the first 24 hours of her campaign (she cleared the $4.5 million mark by mid-July.) Her own internal polling from late May showed her with 50 percent of the vote, with Brown at just 15 percent.

While knocking doors last weekend, Turner’s fame was clearly on display. A few voters were visibly starstruck by her appearance on her doorstep, and two told her the stop had made their day. “I’m just a humble public servant,” Turner demurred when a voter gushed that she had never met a celebrity.

She often travels around the district in a large white van that blares music and has a cardboard cutout of her face in the place of an antenna. The sides are plastered with phrases like “tax the billionaires” and “good trouble.”

But the same outspokenness that made her a breakout star at Sanders rallies has also handed detractors some ammunition.

Turner has pilloried the Democratic Party after Sanders’ loss, considered (but ultimately declined) an offer to be Green Party candidate Jill Stein’s running mate in 2016 and four years later compared voting for Joe Biden to eating a bowl of excrement.

On the trail, Brown touts achievements such as overseeing the local Covid relief fund and securing Wi-Fi hotspots for students doing virtual learning. And, in an interview, she suggested Turner was focused elsewhere.

“I think people should respect the fact that I have been doing this work for nine consecutive years in the district while she was traveling across the country,” Brown said in an interview at a well-attended campaign barbecue in Cleveland Heights that had a DJ and cupcakes with her picture on them.

The two women typically make only subtle digs at the other on the stump, though the race has grown increasingly contentious. Brown says she wants to make “headway not headlines,” and suggested that Turner would have to begin her time in Congress apologizing for past statements. “I think that’s the other way around,” Turner said. “People are going to have to apologize to me.”

After Turner spent months implying that Brown was “a puppet” for the establishment, Brown shot back: “A puppet is a person who’s been on the national stage performing and delivering catchphrases like ‘Hello, somebody,'” she said in a reference to Turner’s signature line. “I’m a public servant.”

In recent weeks, Turner’s lead has all but evaporated. Multiple polls have shown the race in the single-digits, and a super PAC, Democratic Majority for Israel, has pummeled Turner with over $750,000 in TV and radio ads.

Brown’s supporters consist of older voters and the district’s sizable Jewish population, which is wary of Turner’s position on Israel-U.S. relations. That coalition is likely to vote more regularly, while Turner will need to turn out young and lower propensity supporters for a mid-summer election — a formidable task.

In the closing days, the race has become somewhat of an obsession between rival Democratic Party power players. Next weekend Clyburn and other Black caucus members will attend an event for Brown in the same location and on the same day as Sanders’ rally for Turner.

A Turner victory would provide a much-needed morale boost for liberals to counter moderate wins over the past six months.

That’s played on fears that the progressive movement has lost some of its urgency now that the establishment ousted Trump from office.

“The stakes in this race are high. If Turner wins, it would put some juice behind Bernie’s efforts to push Biden to get the full $3.5 trillion budget,” said Sean McElwee, co-founder of a liberal polling outfit, referring to Senate Democrats’ infrastructure proposal. “If Turner loses, I think there will be a sense among progressive groups that we have to be a little bit more serious about really contesting these races.”

There’s a chance to make huge gains next year. Redistricting will shove dozens of incumbents in new and unfamiliar territory. In the 2012 cycle, now-Rep. Matt Cartwright in Pennsylvania and former Rep. Beto O’Rourke in Texas ran to the left of two longtime incumbents and sent them home. 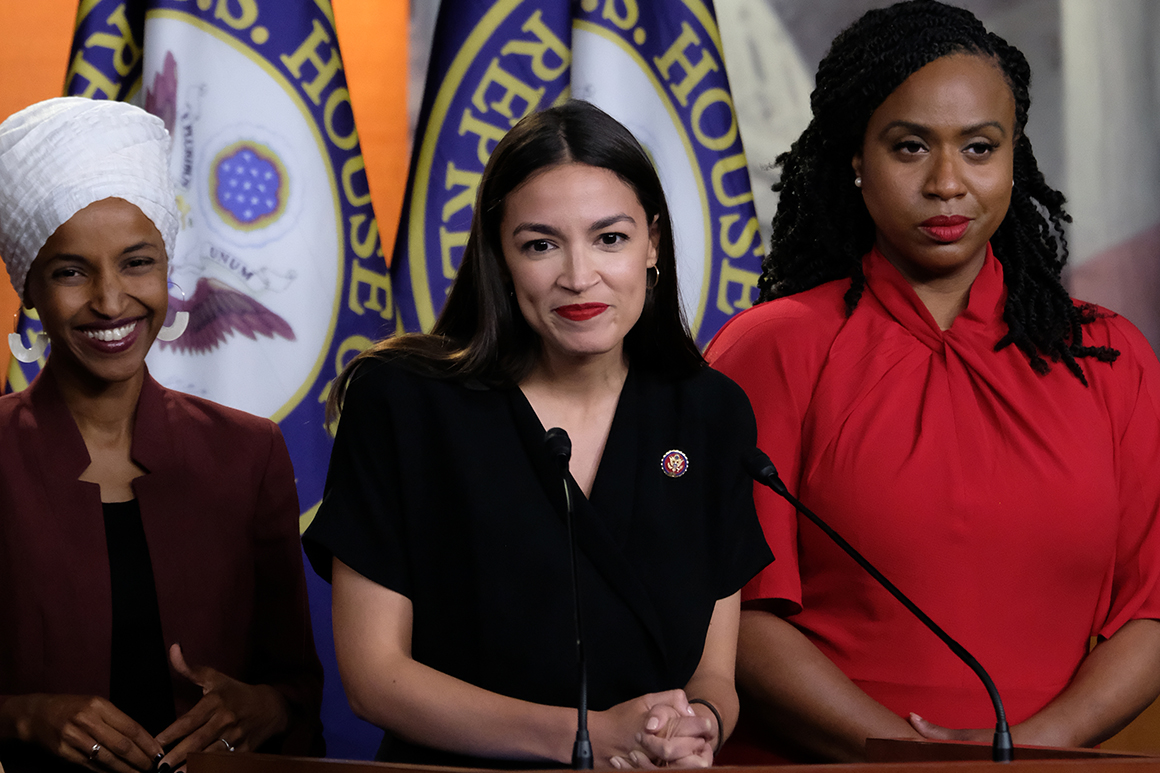 Open, safe Democratic seats created by redistricting and retirements pose an even greater opportunity. Already progressives are eyeing districts vacated by the late Rep. Alcee Hastings, Rep. Val Demings, who is running for Senate, and Rep. Eddie Bernice Johnson, a 15-term incumbent from Texas who is likely to retire.

A win next week — the district is safely Democratic, and the party’s nominee will be the overwhelming favorite in the November special election — could nudge even more recruits.

“We would send a strong message,” said Rep. Mark Pocan (D-Wis.), a leader in the Congressional Progressive Caucus who endorsed Turner. “When people see that’s a path, we can have more candidates, period.”

Turner’s booming stage presence and her proclivity for speaking her mind would make her a high-profile member of a group of progressives in Congress, who refer to themselves as “The Squad.” Its membership includes: Ocasio-Cortez and Reps. Ayanna Pressley (D-Mass.), Ilhan Omar (D-Minn.) and Rashida Tlaib (D-Mich.). All were elected in 2018, before inspiring more members to run and win in 2020.

They are all backing Turner in the hopes she joins — and then helps them grow their ranks.

“And not just because of the way it galvanized the country,” he said, “but because it opened up the door for new conversations.”