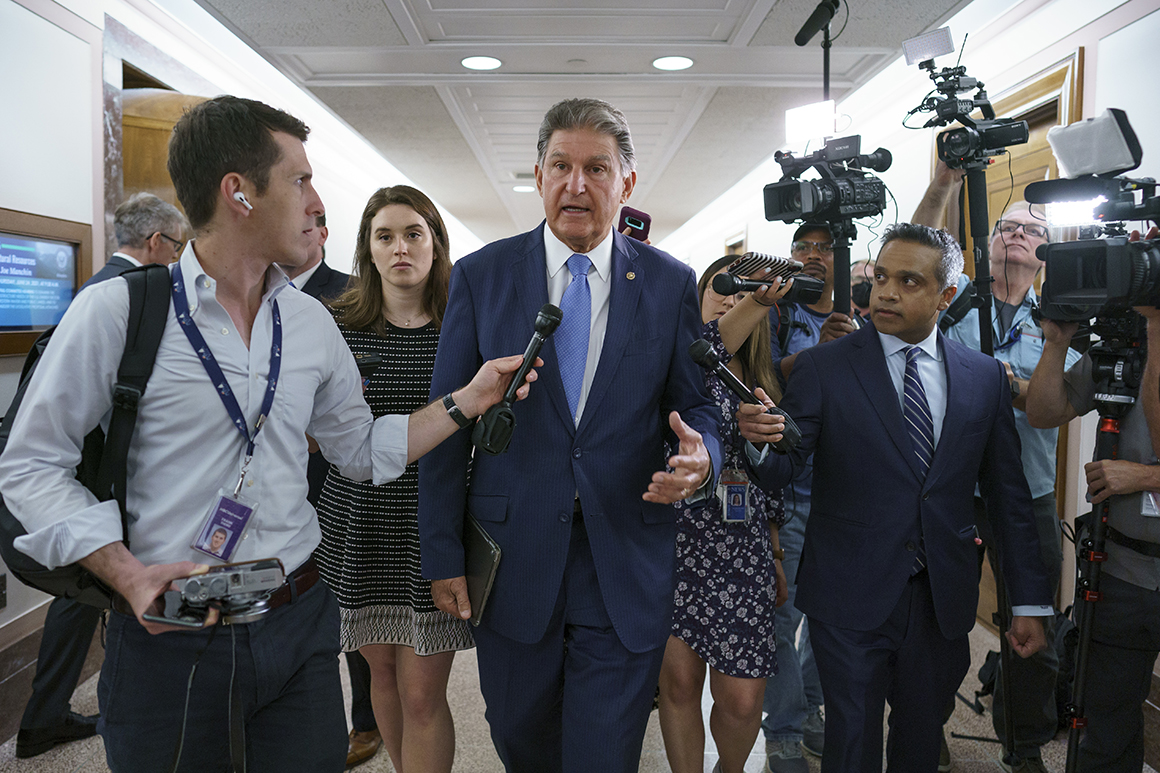 Joe Manchin strongly signaled in 2018 that his brutal reelection campaign that year was his last. Now, as he marshals the entire Senate in his centrist direction, he’s not so sure he’ll call it quits.

The West Virginia Democrat is steadily padding his campaign coffers, raising $1.6 million in the first six months this year and sitting on nearly $4 million for a potential race that wouldn’t occur for three years. His colleagues say he’s not acting like a senator in his last term, despite his famous assertion during his last campaign that Washington “sucks.”

And as the 50th Democratic vote, Manchin is charting a bipartisan course for the Senate alongside a like-minded band of moderates in both parties, not to mention serving alongside a president who shares his back-slapping and horse-trading DNA. Instead of sucking, Manchin now says Washington has “accomplished more than we have for the 10 years I’ve been here.”

“You never know. You don’t know. There’s always a chance, absolutely,” Manchin said in an interview. When it comes to a potential reelection campaign alongside a presidential race in 2024, Manchin said: “You better be prepared, that’s all I can say. And I’m being prepared.”

Manchin won his 2018 campaign by three points, a scare for a former governor who won his 2012 race by 24 points. His fundraising also helps keep up appearances to maintain his sway in the evenly-divided Senate: Retiring lawmakers often wield less influence than those who are running again — or at least considering it.

Manchin is a bulwark of Democrats’ majority alongside Sens. Jon Tester of Montana and Sherrod Brown of Ohio, a trio of senators from states that Trump won twice. Democrats’ long-term future in the Senate looks much better if they run again.

Brown said emphatically that he plans to stand for reelection in 2024: “I fully expect, God willing, health good, family good” he will run again. During his 2018 campaign, Tester declined to say whether he was running for his last term: “I’ll make that call when it comes around. I’ll be 68 when this term’s over.”

Though the Ohio and Montana Senate races will be tough, nothing will be harder than defending Manchin’s seat in 2024. And Manchin craves a competition, even if he doesn’t like modern campaigns and fundraising. Trump just won West Virginia by nearly 40 points, but Manchin says the “right candidate” can keep his Senate seat blue. He doesn’t go beyond that, but the truth is that Manchin is probably the only one who fits that description.

“You get the right candidate and you have a national movement that basically shows that balance is working, bipartisanship is working and the country’s going in the right direction, sure,” Manchin said. “You’ve just got to work like hell.”

In 2018, during an interview on his state’s Eastern Panhandle, Manchin was sure that he wouldn’t run again: “It’s my last campaign for Senate, I know that. I know that for sure.” But so much has changed to make the Senate a more comfortable place for the most conservative Democrat in the chamber. 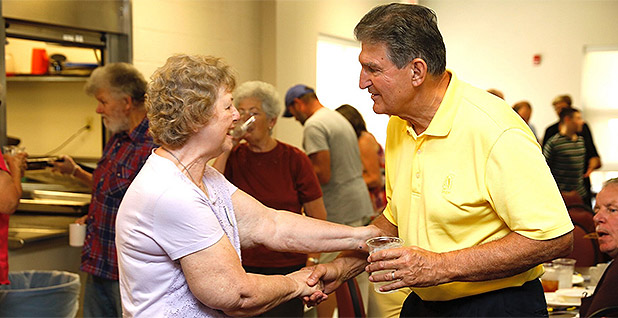 Three years ago, the anti-abortion, fiscally moderate Manchin never could have predicted he’d find himself with veto power over Democrats’ agenda and governing beside President Joe Biden, revered in the party’s centrist wing. But during just six months as a must-have swing vote, the voluble West Virginian has steered Democrats away from steamrolling through a progressive agenda, demanding legitimate attempts at bipartisanship on infrastructure and even voting rights.

He has resisted calls to kill the filibuster to allow the majority party to go around the minority, an insistence that partly stems from Manchin’s fresh memory of six years in the minority, four of which he spent under former President Donald Trump. He’s repeatedly flirted with running for his old job as governor again, but his place in the Senate is now more influential than he ever imagined.

“I’m not surprised he’s keeping all his options open for 2024,” said Sen. Shelley Moore Capito (R-W.Va.), who has likened their relationship to that of a brother and sister. “He’s a competitor. He loves the political arena.”

“It’s always hard for governors to make the transition to Senate. I say that as a former governor myself. But Joe’s in the mix on everything at this point,” said Sen. Mark Warner (D-Va.), a centrist friend and ally. “I’ve not pressed him on what his plans are, but obviously he is doing some fundraising.”

Warner deadpanned that for a guy who hates fundraising like Manchin, “it’s suddenly gotten a lot easier” to raise money. Manchin raised eyebrows among his colleagues for attending a fundraiser in Texas earlier this month that included some Republicans.

He’s gotten further subtle help from a Senate GOP that’s rallied around Manchin and Sen. Kyrsten Sinema (D-Ariz.), another Democrat up for reelection in 2024, lavishing praise on the duo for defending the filibuster. That praise will likely cease once the two are up for reelection.

But if you’re looking to donate money to a political candidate who can determine pretty much the entire course of today’s debate in Washington, Manchin is your guy.

“I have no clue who in the world wants to be involved in fundraising. I’m not involved in that. I go where they tell me to go,” Manchin said of his fundraising pitch these days. “If it’s Republican donors, whoever they may be: I plead with all the people I meet with, to talk to their other friends and tell them we’ve got to come back to the middle.”

He has taken the unprecedented steps of endorsing two moderate Republicans for reelection: Sen. Lisa Murkowski of Alaska in 2022 and Sen. Susan Collins of Maine last year. Murkowski and Collins said they would return the favor and back Manchin in 2024..

“He has never said to me that this would be his last term. And I think that he enjoys the important, critical role he’s playing. So I would not be surprised if he sought an additional term,” Collins said.

It’s possible, but unlikely, that Manchin will remain this dominant in the Senate for three years, depending on the chamber’s balance after the midterms. He even acknowledges that if Democrats had a larger majority, he might not be able to help force bipartisan negotiations on a party that’s otherwise mostly comfortable going it alone.

“It makes me more encouraged that the place can work,” Manchin said of the current dynamic in the Senate. “I’m not naive to think that if [Democrats] had 52 or 53 they wouldn’t be like: ‘Katie, bar the door.’ Or ‘balls to the wall.’”

As much as Manchin wants to work with Republicans in the Senate, though, he also enjoys beating them at the ballot box. If Republicans begin boasting about their chances in West Virginia and allege Manchin can’t win, they could draw him fully into the race.

“The Senate is finally working the way Joe Manchin has always wanted it to work,” said Jon Kott, a longtime adviser to the senator. “I’m sure he’s seriously considering winning again.”