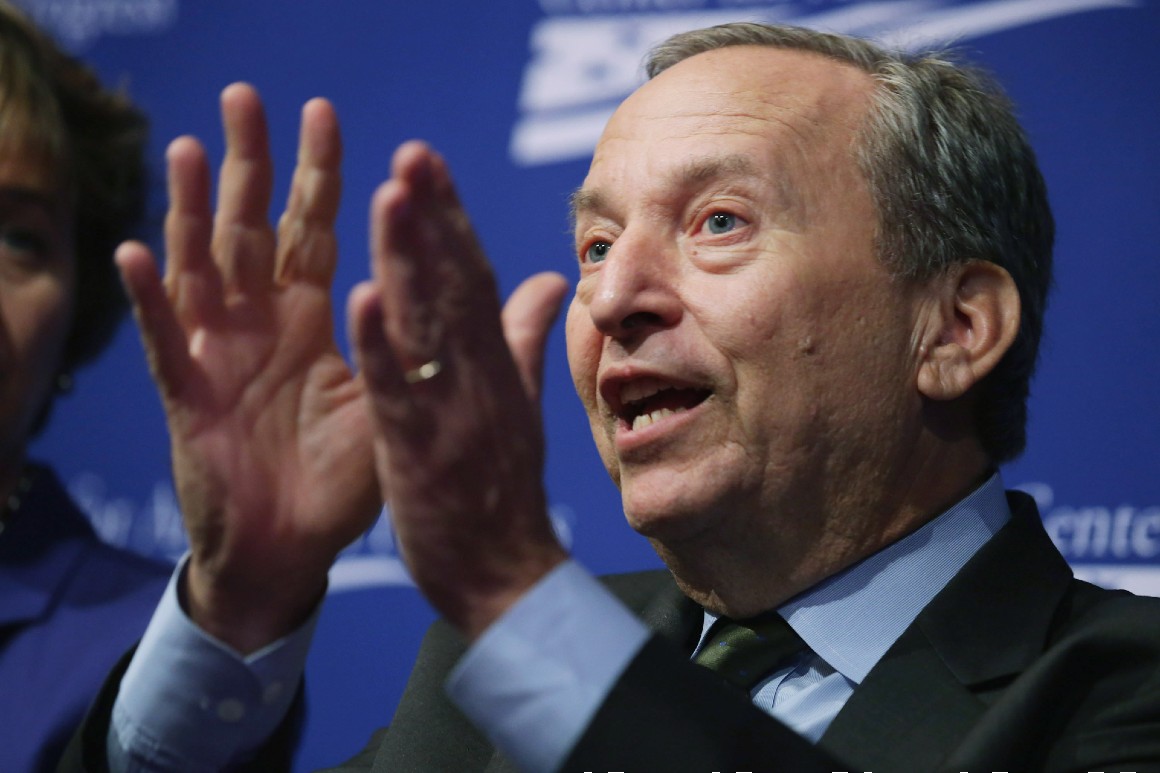 There is a new fear circulating inside the West Wing of the White House: Maybe Larry Summers was right.

The former Treasury secretary has been warning since February that President Joe Biden’s big-spending agenda was creating the risk of an inflation spike this year, potentially cutting into the economic recovery from the Covid-19 pandemic.

For the moment at least, Summers is looking prescient.

The government said Tuesday the consumer price index rose 5.4 percent in June from the same month last year, the biggest jump since 2008, as costs for everything from used cars and trucks to restaurant meals and hotel stays continued to soar. It marked the second straight month of sharply higher prices. June prices also unexpectedly rose 0.9 percent from May, undercutting the argument that the price increases only look bad in comparison to last year, when the pandemic was raging.

Tuesday’s number beat Wall Street expectations and sparked fears that the Federal Reserve might have to act faster than anticipated to pump the brakes on the economy to prevent a runaway rise in prices.

Summers has vexed the White House and infuriated Democrats with his repeated alarms about Biden’s plans to spend trillions of dollars more in federal money, though he favors more infrastructure investment.

He has been among the loudest voices in Democratic circles in cautioning about the risk of a prolonged spike in prices. The White House has mostly dismissed his concerns, saying prices will ease later this year, a view shared by Fed Chair Jerome Powell, who will testify before Congress this week.

For his part, Summers now says he’s more concerned than he was when he first issued his warnings.

“These figures and labor market tightness and the behavior of housing markets and asset prices are all rising in a more concerning way than I worried about a few months ago,” he said in an interview on Tuesday. “This raises my degree of concern about an economic overheating scenario. There are huge uncertainties in the outlook, but I do believe the focus of concern right now should be on overheating.”

While there is clearly some growing trepidation among senior White House aides, officials maintain that the year-on-year numbers appear worse than they are given that they’re up from the depressed price levels at this time in 2020.

The situation will improve, they say, as the economy fully reopens this fall, supply chain issues get resolved and more workers re-enter the labor market when emergency supplemental unemployment benefits expire in early September.

“All of these data points need to be put into the context of an economy that is recovering rapidly as the U.S. is leading the world in terms of growth,” a senior administration official said of the latest inflation figures.

The official, who was not authorized to speak on the record, dismissed claims that Summers has been vindicated. “Those most concerned about the inflation picture would tell a story about a spiral that would be hard to stop,” the official said. “That view is in no way vindicated by what we’ve seen in recent months and in fact the opposite is true.”

Powell, a Republican who is in line to be renominated this year for another term as Fed chair, says the rise in inflation will be “transitory” and that interest rates can remain at historically low levels well into next year and perhaps beyond.

While some other central bank officials are now pushing for rate hikes sooner to prevent a potentially damaging spiral in costs that would hammer consumers, Powell has delivered a consistent message of calm. He will appear before Congress in a pair of highly anticipated hearings beginning Wednesday before the House Financial Services Committee and before the Senate Banking Committee on Thursday.

Republicans, who have been hammering the Biden administration over rising prices, will likely pepper Powell with questions about the inflation numbers and suggest they mean Biden’s spending plans should be tightly reined in beyond basic infrastructure investments.

Meanwhile, consumers are showing concern. A June survey from the New York Fed released on Monday showed that consumers expect prices to jump 4.8 percent over the next year, the highest reading ever for a survey that dates to 2013.

Tuesday’s numbers are not likely to ease that anxiety. Even after stripping out volatile food and energy prices, costs rose 4.5 percent, the highest rate since 1991 and well above estimates of 3.8 percent. Rising housing costs contributed to the inflation bump, jumping 0.5 percent over last month, the biggest gain since 2005.

Still, many economists say it’s too soon to suggest that inflation is really rising in a dangerous way.

“We are still in a wait-and-see mode on whether it’s transitory,” said Diane Swonk, chief economist at Grant Thornton LLP. “Powell will be in the hot seat on Capitol Hill because inflation is a highly political issue, even if this is just transitory. Nobody likes inflation.”

Summers says inflation concerns should temper Biden’s ambitions for massive spending increases but not block investments that could enhance productivity in the economy.

“The investments on which Biden is focused are essential to the future of the country,” he said. “The focus should be on those investments like infrastructure that will increase economic supply potential. Inflation fears should shape economic policies but it would be tragic if they stopped us from making urgently needed public investments.”

Victoria Guida contributed to this story.